Wanting to smooth forehead wrinkles is one thing, but men, whose use of cosmetic fillers has risen 355 percent from 2000 to 2015, have begun to inject Botox into an unlikely place: Their scrotum. The procedure is called "Scrotox," a term made famous by a 2010 Saturday Night Live sketch. While injecting Botox into the scrotum has gone viral for cosmetic reasons, actual medical research is slim. "There's literally only one peer-reviewed manuscript on Scrotox, and it wasn't for cosmetic; it was for scrotal pain," says Dr. Mary K. Samplaski, resident scrotum expert at the University of Southern California, Institute of Urology.

Men looking to smooth their sack often seek out plastic surgeons like Dr. John Mesa, who has performed Scrotox (solely using Botox for its reliability) on 10 men in the past year. Botox relaxes muscles, allowing the testicles to drop lower, which can make your balls look bigger. According to Mesa, Scrotox mimics the effect of a warm day: the balls appear lower and look smoother with fewer wrinkles. The cost of Scrotox is the roughly same as regular Botox, or $520-$800 per session.

While the procedure is believed to be as safe as Botox anywhere else on the body, injecting neurotoxins into your scrotum can seem daunting. If testicles become too hot, a man can risk becoming sterile. As Dr. Mesa explains, however, since Scrotox causes the balls to drop lower rather than closer to the body, "...I would say Botox in the scrotum would be more beneficial because it keeps the temperature of the testicles lower."

Sophie Saint Thomas spoke to one man who received Scrotox for cosmetic reasons. Here's what he had to say about the procedure.

"I'm a 29-year-old man, I live in Manhattan, and yes, I got Scrotox. I'm a physician myself, an internist. Botox, especially on your scrotum, can still have some stigma depending on who you are talking to, so because I'm a physician, I wanted to be confidential. I do have a bunch of friends who have been getting Botox or plastic surgeries, and some of them are actually guys. I can sense that it's an increasing trend for guys to be more open to plastic surgery and procedures such as Scrotox.

Dr. Mesa has done Botox for me before, about a year and a half ago. I had some done on my forehead because I have wrinkles and I wanted to avoid them getting worse as a preventative measure.

Since Scrotox makes the balls hang lower and looser, my [scrotum] would make contact better with her skin during sex.

I learned about Scrotox through my girlfriend, who is also a physician. She said that she heard a friend talking about it. She had never mentioned or complained about how my scrotum looked before, but after hearing about the procedure from friends she became curious, and started joking around about me getting it done. She'd say, 'You know what, what do you think about this?' At first, I was like, 'That sounds pretty crazy.' But she just kept joking around that it could be good for sex, so I began to become curious myself. We began doing research together about the procedure, and read user reviews that said since Scrotox makes the balls hang lower and looser, my [scrotum] would make contact better with her skin during sex. In particular, [it would] stimulate the clitoris more. We also were curious about it making sex better for me, as looser balls could feel more comfortable for me as well.

We're a couple who enjoys trying new things together, and since we're also both physicians, we're comfortable with medical procedures. After reading comments on plastic surgery online forums, and noticing a consistency (no one wrote that they had regretted it) and then discussing with friends in the medical field, I decided to go for it. Honestly, it was curiosity, and a desire to try something new with my girlfriend, that lead me from originally thinking the idea was crazy to wanting to give it a shot. Why not?

So in July, I had the procedure done. The day I went into Dr. Mesa's office, my girlfriend told me she was excited, and my thoughts were mostly nervous excitement. It's an invasive procedure, and obviously the genitals are a sensitive region, but then again so is the face, and I'd already had Botox done there with no problem.

Compared to Botox on my forehead, the procedure was similar; but yes, as it turns out this is definitely a more sensitive area. Honestly, though, I was expecting it to be a little bit more painful. At the beginning when they apply the anaesthetic you can feel that, and that's uncomfortable for a few seconds, and then you don't really feel any pain during the actual injections. While the procedure feels like 10 hours due to nerves, it actually only takes about 10-15 minutes. My doctor engaged me in small talk the entire time to help distract me.

She was pleased with both the results and that I was open-minded enough to try the Scrotox.

It's a little bit sore and sensitive for a few hours after, but by the next day I felt fine. The results don't happen right away, but within that week or so I did feel like my scrotum was more relaxed than before. They are not loose all the time, which is one of the things I was not expecting. It was after the results had set in, about five days afterward, when I showed my girlfriend and we had sex. She was pleased with both the results and that I was open-minded enough to try the Scrotox. The sex was great! It did make the sex more enjoyable. While it doesn't make sex last longer, along with the aesthetics, my lower-hanging, relaxed and looser balls were more stimulating for my girlfriend. For her, she says it does stimulate the vulva region more and perhaps even the clitoris [when we have sex in certain positions]. As they are lower, they can reach places on her body better.

I think overall, the biggest effect the procedure had on our relationship is that I showed I was willing to be being open minded and giving it a shot for her; that was a very positive outcome of the procedure. Trying new things together sexually is something that both of us enjoy a lot, and that has positively affected our relationship and my self-confidence.

If you are considering this procedure, do your research. I have friends who are plastic surgeons, and I asked them: 'What do you think about this procedure?' They said, 'We think it's safe, we think it can help, but it's relatively new, so we are still learning the long-term side effects. But it appears to be safe, so if you want to give it a try find a good plastic surgeon.'

I was happy with his procedure, and I'm happy with the results, and so is my girlfriend. I'm scheduled to go back in two weeks for another injection." 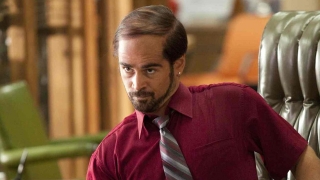 Men, This is The Worst Thing You Can Do About Your Thinning Hair
All Photos
Comments
View As List