Emporio Armani's new fragrance frontman has a simple yet effective approach to grooming.

Nicholas Hoult’s on-screen style evolution has been a sight to behold. It all began with that iconic About a Boy bowl cut, which was soon swept to the side for his role as nu-rave party planner Tony in Skins. Then things got experimental: a Becks-in-Madrid ponytail for Clash of the Titans, followed by a full-blown skinhead for Mad Max: Fury Road.

What we're saying is, the 30-year-old actor has been in a state of constant transformation for nearly two decades. But what kind of grooming routine does Nicholas Hoult follow when he’s off-set, away from desert sandstorms and mutant-led apocalypses? We sat down with him to find out.

My skincare routine hasn’t really changed since I was a teenager. A bit of moisturizer after the shower does the job.

I was pampered when I was a young actor, though. Your hormones are all over the place, so people use tea tree oil you up to stop your spots blowing up on screen.

When I’m looking for a scent, I’m always drawn to woody, vanilla-y tones. Emporio Armani’s Stronger With You Freeze has those. Once I’ve found it, I stick with it for a long time.

Smells transport you back to different times, places and people. It’s so closely associated with memory that it becomes part of your personality.

My favorite smell? New car smell is always a good one, right? Breakfast, and roasts too—lemon and rosemary and all of those kinds of things.

Acting in a fragrance advert is different to movies. The language barrier between me and Alice Pagani meant that we really dialed into communicating without words. The thrill of being in the moment with that person, with that connection—you never feel more alive. So we tried to capture that on film.

One spray on the wrist, dab, then one on the neck. Done. That’s it. Optimum. You just want to walk into room and for people to go, ‘They smell good’.

Emporio Armani Stronger With You Freeze Eau de Toilette - For Him, armanibeauty.co.uk 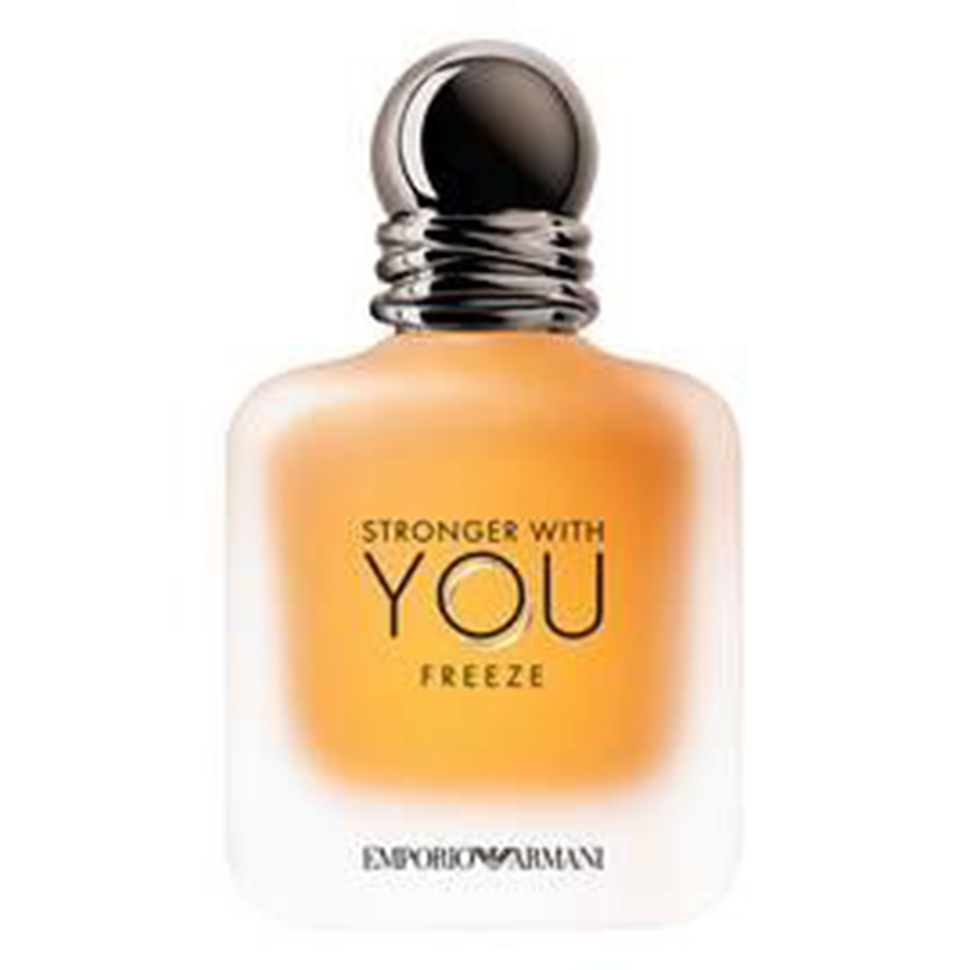 I’ve never walked into a spritz. But I wait until I’ve put my clothes on, because someone told me that it gets into the fabric and last well. I don’t know if that’s a top tip or not.

Sleep and water are the most important [aspects of self-care]. If I’m feeling stressed or can’t keep up with learning lines, it’s actually because I’m tired. But I’m good at switching my brain off. I fall asleep the second my head hits the pillow.

You can never quite recreate a look from a film. Whether it’s the lighting, or that they’ve blowdried your hair into funny shapes, trying to do it if you’re not a professional is pretty impossible.

I enjoy make-up when it’s a way into a role. Mad Max, X-Men and The Favourite—big wigs and those sorts of things—completely transform how you look and feel, and help you understand your character.