The Best Vetiver Fragrances for Men

Derived from the roots of a plant found in India, vetiver has been described as earthy and smoky, like the smell of tobacco or freshly cut grass. If any of these appeal to you, here are a few fragrances that allow you to harness it in your favor. 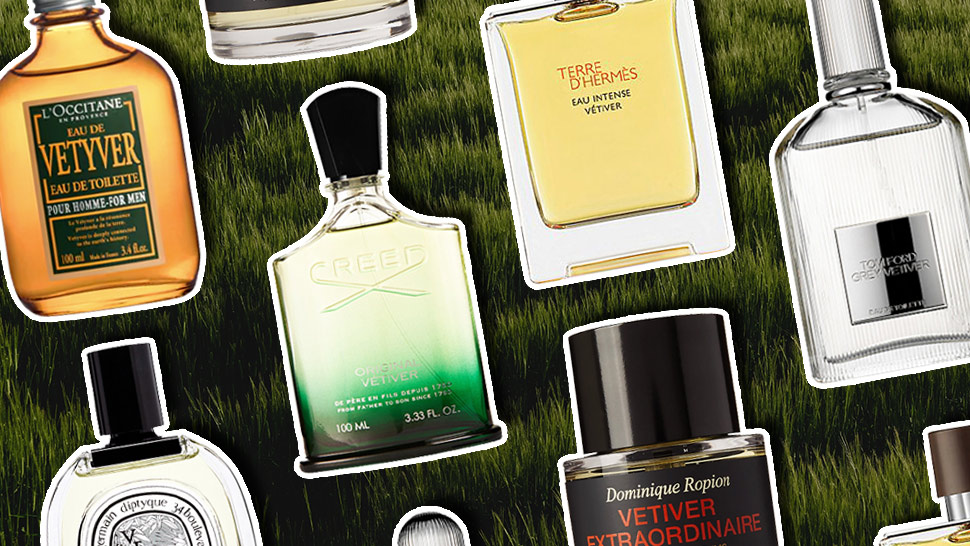 If scents were players on a basketball team, vetiver fragrances would be a great candidate for MVP. Popular without being offensive or overpowering, vetiver is estimated to be present in about 20 percent of men’s fragrances and 40 percent of women’s, prized for its ability to be particularly long-wearing and evolve pleasantly from day .

As a scent, vetiver falls under the smoky, woody, earthy category. It recalls freshly cut grass on a rainy day, your grandfather’s favorite barbershop, or the smell of a cigar lounge. In other words, it’s classically masculine, but in an elegant, refined, old-fashioned establishment kind of way, the polar opposite of anything aggressive or trendy or over-the-top.

Vetiver takes its fragrance from a grass found in India and now cultivated in other places such as Indonesia, Haiti, and Réunion Island. Its web-like roots, which can grow as deep as 10 feet into the soil, are harvested and distilled into an essential oil, also used for its medicinal properties. Studies have shown that inhaling vetiver oil can increase alertness and brain function, improve the quality of breathing during sleep, promote focus and concentration, and reduce anxiety. Of course, the added bonus is that it smells amazing, too.

Another thing that makes vetiver so precious is that, because it is a complex ingredient made up of over a hundred components, there is no synthetic substitute. It’s and cannot be replicated in a lab. In fact, all of the vetiver used in the beauty industry is derived from about 250 tons of vetiver roots harvested annually, contributing to the livelihood of farmers’ communities in developing countries.

Using a vetiver-infused fragrance could very possibly induce any of the health benefits mentioned above, but we say choose vetiver because it’s the quintessential men’s scent—warm, deep, cozy, and versatile. Catch a whiff of some of these vetiver-based men’s fragrances and you’ll get the idea.

The Parisian producer of the scented candles you’ll find on every fashion girl’s nightstand also creates , beautifully packaged perfume, and its version of vetiver manages to be both spicy-smoky and powdery fresh. It’s described by the brand as “not totally feminine or masculine” (read: unisex), so don’t be surprised if your girlfriend “borrows” it from you one day. Designed by Oliver Pescheux and released in 2010, it’s gone on to become one of its bestsellers, a testament to the fragrance’s broad, friendly appeal.

Terre d'Hermès caused a sensation when it was launched in 2006 under legendary perfumer Jean-Claude Ellena. Christine Nagel followed it up with this bottle in 2018, this time with an emphasis on the vetiver (the original formulation was composed of Iso E-Super, vetiver, and grapefruit). She substitutes the black pepper that was found in its predecessor with Sichuan pepper plus green bergamot mixed in, giving it a brighter, lighter kick that wears well in our warm, summery climate.

Guerlain is a true pioneer in the fragrance category, although its vetiver fragrance was not the first to feature vetiver front and center—that distinction goes to Carven, which launched Carven Vetiver in 1957. Guerlain came out with this two years later, but it was so successful that it can be credited with putting the ingredient on the map. It’s still a great introduction for those looking to ease themselves into vetiver territory, combining the note with citrus, a classic pairing that allows both elements to shine.

This one is notable because it doesn’t stop at just making use of the vetiver plant’s root, as most other fragrances have been known to do. It also incorporates the leaves and the heart, creating a scent that’s light, fresh, and incredibly well-rounded. Of course, fans would expect nothing less from the revered British perfume house that’s more than two centuries old.

Leave it to Tom Ford to improve on vetiver fragrances, adding notes of citrus and to give the scent a more elevated, sophisticated twist. It’s light and clean enough for everyday use, provided you want to make every day feel a little extra special. Launched in 2009, it just celebrated its 10th birthday, and just like the man himself, it really only seems to get better with age.

What Zegna does for a suit, it does for fragrances, too, coming out with a scent that has an exclusive snob appeal. In this case, the draw comes from the fact that the vetiver used is harvested from a private crop in Les Cayes in the southwestern part of Haiti, so it feels just as singular and unique as its made-to-measure clothing.

“The essence of an extraordinarily charming man,” goes the description on Frederic Malle’s website. Basically, it’s saying that this scent, another vetiver-citrus blend, takes a lot of confidence to wear because of how deceivingly subtle and understated it can be. Dominique Ropion combines notes of bergamot, bitter orange, pink pepper, , cedar, sandalwood, , and musk in this arresting black, white, and red bottle for an elegant fragrance you won’t soon forget. It’s also said to contain 25 percent vetiver, the most of its kind on the market.

Yes, accessible bath and body brand L’Occitane a vetiver fragrance, with a bit of an extra challenge—though it has reportedly been discontinued in-store, you can always attempt to hunt down bottles online, so we suggest you go ahead and hoard your own personal stash. Brand founder Oliver Baussan was inspired by Eastern Mediterranean men who traditionally used the scent as a perfume for wedding ceremonies, so it will definitely call to mind images of cavorting on sun-dappled fields on a warm, balmy day. 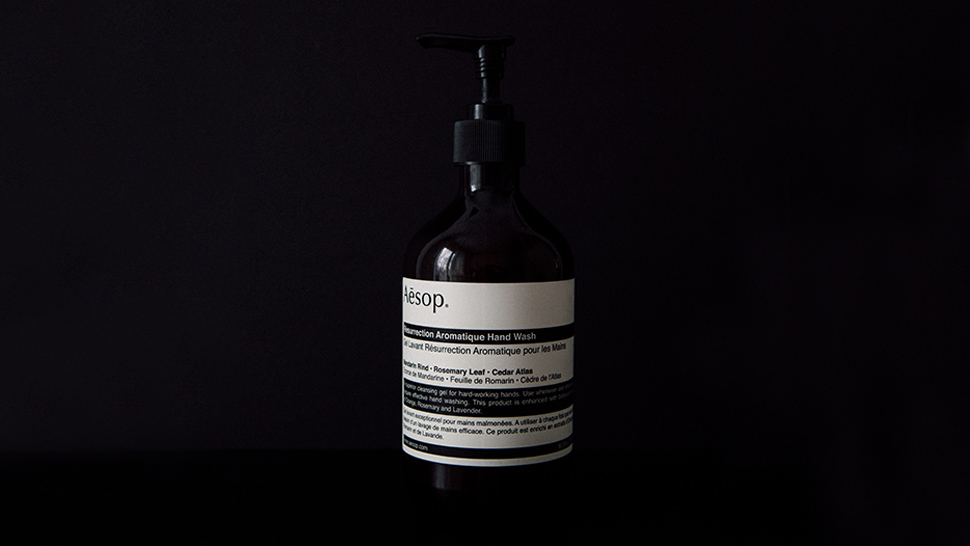 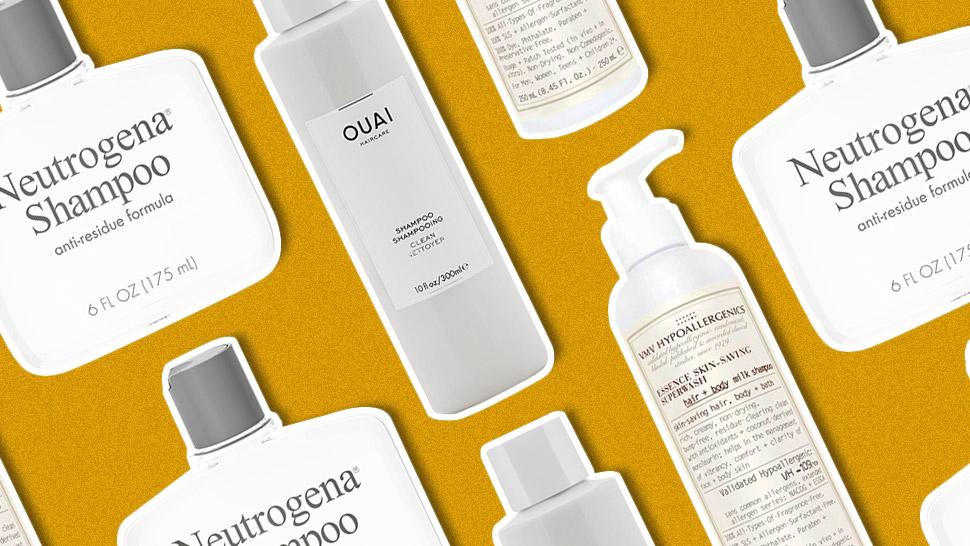