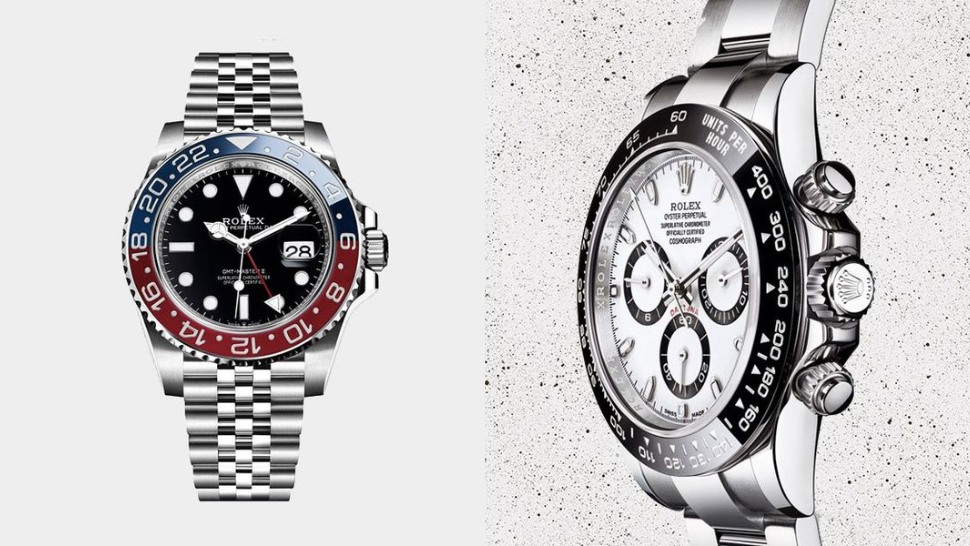 Rolex's founder, Hans Wilsdorf, was onto something when he made his company logo a crown—it has remained the king of watch brands for more than a century. Its enormous brand equity is partly because Rolex gives so little away, a key to its mystique. It is frequently ranked first in surveys of super-brands in the UK and is resident in Forbes' list of the world's most powerful brands. Ask 100 people to name a luxury watch and most of them will say Rolex.

But this reputation is not mere marketing—Rolex is Rolex because it makes peerless products. We love the fact that so many of the classic Rolex models were made not just to look good, but for specific, adventurous purposes. The GMT-Master, for example, was created for Pan-Am's pilots, then experiencing a new phenomenon called jet-lag — they wanted a watch that showed two time zones simultaneously. The Submariner was made for divers. The Milgauss was introduced in the Fifties as an anti-magnetic watch for people who worked in power plants, medical facilities and early nuclear research labs, where strong electromagnetic fields were present.

Collectors are particularly passionate about Rolex sports models, which have long been associated with explorers, adventures and athletes. In addition to the famous James Bond Submariner, an early version of the GMT was worn by US flying ace Chuck Yeager as well as several astronauts. Rolexes lend themselves to being dressed up and down more than other luxury watch brands and the company has mastered the art of the design tweak: collectors wax lyrical over a different coloured bezel here, or a bigger crown there. All this contributes something to their collectability and value—if you're going to buy a watch to invest in, buy a Rolex. According to Christie's, Rolexes gain value faster and more steadily than any other brand.

Wilsdorf had a gift for foresight. He bet on the wristwatch very early and each of his major innovations (putting a timepiece on the wrist, making it accurate, making it waterproof, and making it automatic) helped create the modern wristwatch as we know it. The downside, some argue, is that Rolex varies its designs even less than other companies: and that's saying something for the watch world, where a 'revolutionary breakthrough' amounts to a new case size or deploying a slightly different type of gold. There is no Rolex tourbillon, or sign of the zodiac complication. A 2019 Submariner resembles one from 50 years ago.

The counter-argument is that you don't go messing with perfection. Instead of visible whistles and bells, the company concentrates on research and engineering, continually update the technology inside its watches on the quiet. A more common grumble is that Rolex's are so hard to buy right now—demand is outstripping supply, at least for some models, while the aftershocks of the pandemic on supply chains is still being felt. None of this, contrary to one suggestion, is down to Rolex restricting supply. On the other hand, the thrill of owning a Rolex is also in the chase—if you're lucky enough to be able to buy one, chances are you'll remember exactly when and where you were when you did so.

In this way there is every reason to believe the Rolex crown will remain firmly in place for another hundred years, and beyond.

Often passed by in favour of the Submariner, the GMT-Master or any other of its flashier cousins, the Air-King is a wonderful watch. It is also one of Rolex' more venerable lines, launched in 1945 as an entry-level model costing less than £100, around a third the price of a Datejust. One of many "Air" watches produced during World War II to honour RAF pilots—see also the long-forgotten Air-Lion, Air-Giant and Air-Tiger—its "King" name related to its size, a then-hefty 34mm—tiny by today's standards. The unusual mixing of the large 3, 6 and 9 numerals and the prominent minutes scale isn't for everyone (Rolex is known for 'classic' designs, cry the detractors, and this isn't that) but we remain firm fans at Esquire. Relaunched in 2022, the Air-King now comes with a redesigned bracelet, Rolex's latest calibre 3230 movement and a more efficient gear train, giving it 70 hours of power reserve. Bonus trivia: it's the only Rolex that uses the brand's gold and green colour scheme.

Known as the "Presidents' watch"—a mixed-blessing depending on who's in charge, Biden took office in a Rolex though has recently become an Omega man—and still a signal you've "arrived" for a certain calibre of consumer. The day of the week spelt out in full at 12 o'clock divides opinion among watch snobs but it was no small technical feat when it debuted in 1956. New with an ice blue dial for 2022, a feature reserved for Rolex's '950 platinum' models, the 'fluted' bezel is another technical masterstroke, requiring "many years of research" to achieve in platinum, according to the brand.

Anyone waiting for Rolex to release a completely new watch could be waiting some time. Rolex's last new-new model was the Sky-Dweller (2012). Before that, the Yachtmaster (1992) and before that, the Sea-Dweller (1971). Incremental tweaks to existing watch lines are what Rolex does—a business model that seems to be working out for them. It explains why news of a retooled Submariner, arguably Rolex's single most iconic design, was one of the biggest watch releases of 2020—even though you'd need a microscope and a degree in horology to spot any updates, the first changes since 2008. (This one's 1mm bigger, for example). But the tweaks aren't insignificant. Inside, you get a new calibre (the 3230), an almost 50 per cent increase on the power reserve (up to 70 hours) and the latest escapement. In summing up: a fit-for-purpose 2020 Rolex, and a design classic that will outlive you.

Red and yellow and pink and green. Also: light blue. Rolex's new Oyster Perpetual 36 comes in five colourful dials that represent something not always readily associated with the brand: fun. Anyone thinking Rolex has either (a) lost its mind or (b) suddenly decided to chase the youth vote needn't worry. There is a precedent here, namely the brand's so-called 'Stella' dials: poppy, hard enamel designs that appeared on its Day-Dates as the world turned rainbow-coloured in the early Seventies. They've subsequently become hugely sought-after. Watches at 36mm have a broad appeal, and these bright designs offer a welcome point-of-difference for anyone who finds Rolex's more traditional line-up a tad too traditional.

A GMT Rolex is the ultimate globetrotter's watch, even if that concept exists only in theory right now. Introduced in 1955 with the iconic red and white 24-hour scale on the bezel, it earned the nickname 'Pepsi' (this black and blue version is known as the 'Batman'). The most recent version in steel adds a state of the art movement and a dressier 'jubilee' bracelet. Other than that, the design has changed little in 60 years—though you can file this under timeless, rather than vintage.

Sitting somewhere between a sports and a dress watch, the Explorer 1016 was in production for almost 30 years before being retired in 1989. As the name suggests it was made for explorers, and comes equipped with Paraflex shock absorbers to give it a higher shock resistance. But it's really all about the handsomely proportioned dial, with its period detail numerals and matte finish. Ian Fleming owned a Ref 1016.

There are statement watches, and then there's the Sky-Dweller. The most complicated watch in Rolex's arsenal, it comes with dual time and annual calendar functions. Previously available on a leather strap or an Oyster bracelet, this newer option comes on an Oysterflex bracelet—Rolex's patented super-comfy design made up of a titanium and nickel alloy encased in black rubber. Also new is the option of Everose gold or 18k yellow gold. An upscale traveller's watch might not be at the very top of everyone's want list right now, but this is a stunning piece of kit to drool over, whatever timezone you happen to be trapped in.

In a line-up defined by headliners—the Daytona, the Submariner, the Explorer—it would be easy to leave out Rolex's simplest offering. But if you wanted one watch that would look right with every outfit and in every situation for the rest of your life, that was distinctive without being flashy, this would be it. Though it has been around for decades, the Oyster Perpetual received an update in 2015 that included the a new 39mm case (up from 36mm), an oyster bracelet and an run of hand-finished dials in blue, grape red and dark rhodium.

While you'd certainly be doing well if you stumbled across a vintage Daytona (Paul Newman's 1968 model remains the most expensive wristwatch ever sold at auction, $17.8m in 2017), if you're looking for the most advanced chronograph Rolex has ever produced then this recent version is a perfect blend of old and new. The hype, the history—everyone loves this watch.

'Oyster Perpetual Submariner Date in Oyster Steel with Green Cerachrom Bezel and a Green Dial with Large Luminescent Hour Markers'. Or, if you prefer: the Rolex Hulk. Introduced in 2010, it immediately fired the imagination of watch fans. The green isn't just eye-catching, it's fluid, going from bright to dark green in different light conditions.

Probably Rolex's most popular model. Released in 1945 to celebrate the watchmaker's 40th anniversary, it also used the occasion to debut a new kind of bracelet—the now-distinctive 'jubilee'. The first wristwatch ever with a date that changed automatically, the name comes from one of Rolex's trademark neologisms—the date changes just before midnight. 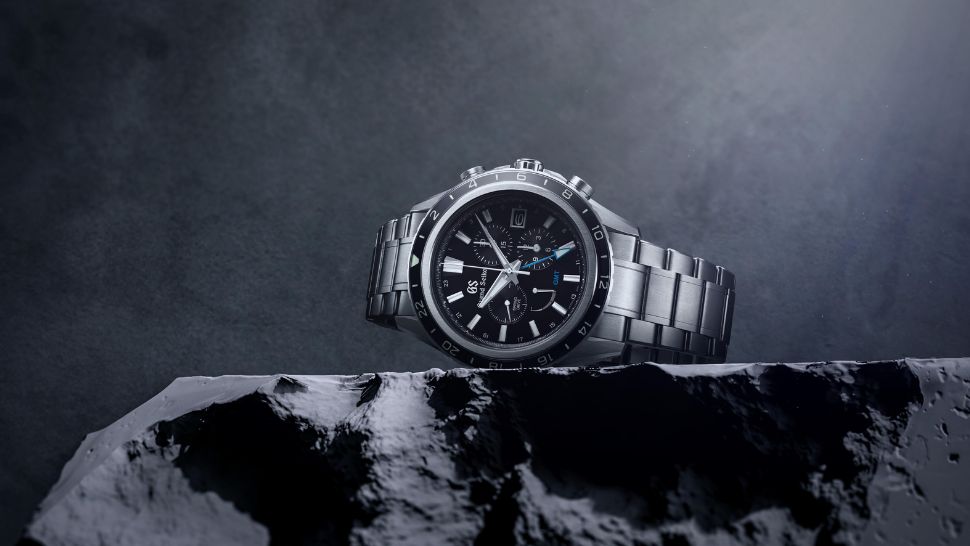 I Love Whatever You Say, Seiko 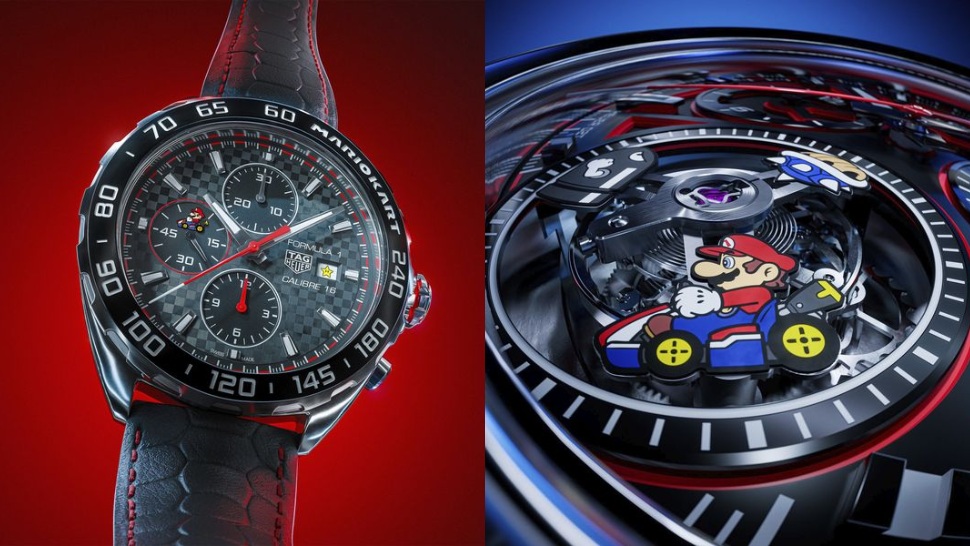