Casio Releases the G-SHOCK GM-6900, One of Its Toughest Timepieces Ever
Style

Casio Releases the G-SHOCK GM-6900, One of Its Toughest Timepieces Ever

For decades, the Casio G-SHOCK has been known for two things: its iconic streetwear-friendly look, and its unmatched toughness. For the 25th anniversary of one its most beloved models, the DW-6900, G-SHOCK has opted to double up on both with the metal-forged GM-6900.

Debuting in 1995, the DW-6900 immediately caught the market’s attention with its “Third Eye” design. The row of three round dials sitting atop the main digital indicator was an innovation that blended ease-of-use and aesthetics. The design allowed the user’s eyes to rest on fixed hemispheres for specific information, rather than have them dart around the watchface. Paired with its extra-tough plastic moulding, the timepiece quickly became a favorite among those who wanted to stay active without foregoing style. 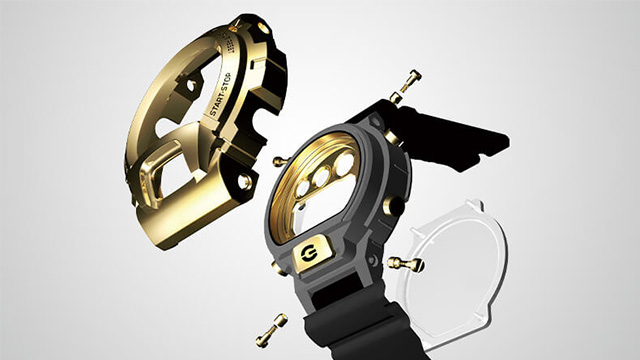 To celebrate 25 years of the DW-6900, Casio has released a metal-forged version for the first time ever. The GM-6900 features a metal-covered, shock-resistant construction, with a bezel that undergoes 20 forging processes to create its sleek, yet highly durable body. The case itself is made of resin that’s been reinforced with glass fibers, providing superior resistance against impact-based breakage and bending. Small protrusions on the sides of the inner case minimize its contact with the metal bezel, distributing the shock to strategically safer areas. Precise engineering allows for every piece to fit seamlessly together, in a build that’s water-resistant for up to 200 meters.

All these details come together as a watch that’s remarkably sturdy, even by G-SHOCK’s lofty standards. In fact, one might argue it’s their toughest model yet.

The metal-forged bezel also elevates the GM-6900’s aesthetic. The forging process includes special polishing techniques that give the watch a sophisticated mirror and hairline finish. The front button, itself a signature feature of the DW-6900, is also made of the same highly engineered metal, fitting cohesively with the bezel. 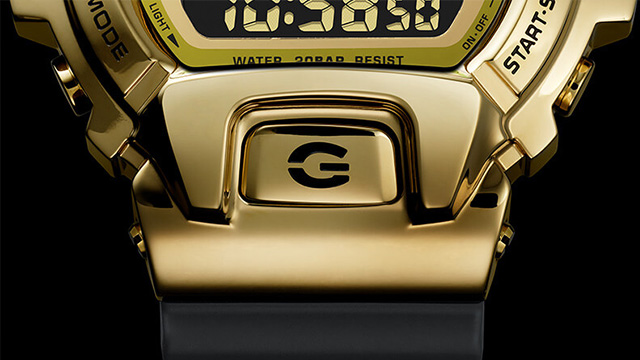 The G-SHOCK GM-6900’s body comes in three striking colors, in different pairings with the brand’s sturdy resin bands. The polished steel model features a deep gray watch face with silver displays, along with a black band. The black metal bezel, on the other hand, comes with a red band and watch face, as well as silver displays. For those looking for a dressier make, there’s a stunning gold-and-black version, complete with golden displays.

The standard bells and whistles we’ve come to expect from G-SHOCK are also present in this anniversary-edition watch. It comes with a 1/100-second stopwatch, a countdown timer, and flash alert. The negative type LCD display is paired with an electroluminescent backlight to maximize visibility in low-light environments.

All in all, the G-SHOCK GM-6900 looks like an excellent option for the man who wants it all. It’s the kind of timepiece you can wear at the gym, as well as for when you need to head straight to the boardroom right after. It’s more than tough enough for grueling hikes, yet sophisticated enough for nights out on the town.

You can learn more about the G-SHOCK GM-6900 and shop for one for yourself, on the brand’s official website..