The high-tech, America's Cup edition of the famed diver is ready for a regatta (and your wrist). 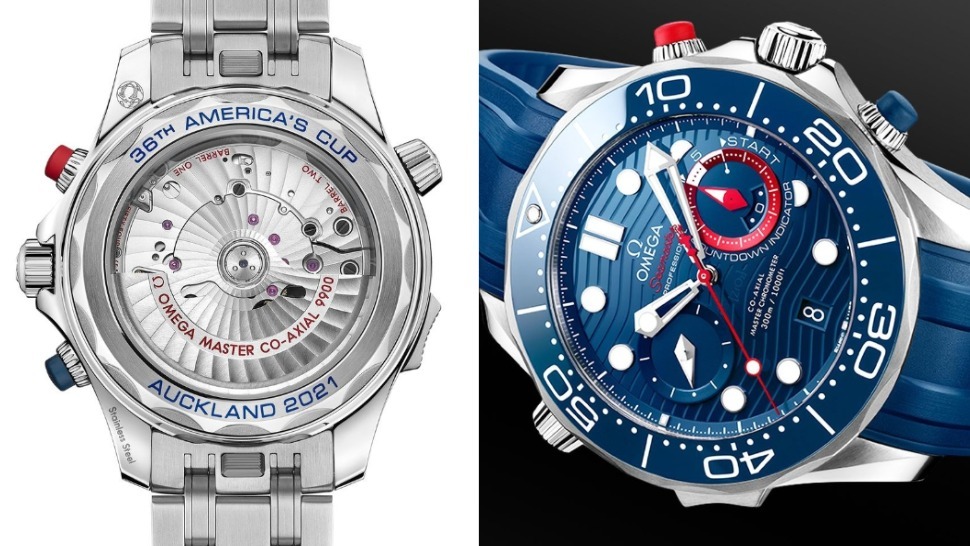 The Omega Seamaster rates, for many watch fans, an equal first to the Speedmaster in the long hagiography of the brand. The Seamaster may not have gone to the moon, but it is James Bond’s watch. Or at least it has been since 1995, when Pierce Brosnan ushered in his new iteration of the suave government-sponsored killer in Goldeneye. This time last year, to time with the still-delayed release of No Time To Die, Omega unveiled one of its most talked-about Seamaster special editions yet, the Omega Seamaster Diver 300M 007 Edition. Much gushed-over ever since, the Bond Diver has already secured itself a place amongst Omega grail watches.

Yesterday, however, Omega launched a Seamaster designed for an entirely different kind of waterborne adventure: the America’s Cup, the oldest and most elusive sporting trophy in history. Despite being a close cousin, the Seamaster Diver 300M America’s Cup Chronograph couldn’t look more different from the laid-back—and distinctly retro—Bond watch if it tried. In fact, it bristles with knobs like a pocket-battleship.

The caseback commemorates the 2021 America’s Cup.

That’s because as well as a helium escape valve, it features one of the more niche complications in watchmaking, a regatta countdown timer, used to track the tense, five-minute preamble to a yacht race. The chrono buttons at 2 and 4 o'clock also have a new Chrono Lock system, preventing the pushers being inadvertently activated in the chaos of a race. An automatic, in-house Co-Axial Master Chronometer Calibre 9900 drives the whole thing. The stainless steel, 44mm case has a suitably nautical blue ceramic dial and bezel, with red accents for the regatta timer, the second hand, and one pusher. The watch comes with a steel bracelet and a rubber strap, both with a quick-change functionality. In all, it’s a very shipshape watch.

What of the race itself? Last Saturday night, Luna Rossa Prada Pirelli nailed its place in the America’s Cup. By winning the Prada Cup with an emphatic 7-1 win over Ineos Team UK, Luna Rossa bagged the chance, for the second time, in 25 years to vie for the coveted prize. And their opponent is, like last time, Emirates Team New Zealand. As well as being official timekeeper of the America’s Cup, Omega has sponsored the Kiwis for the past 25 years.

The Cup tends to foster a gnawing obsession that has separated boatloads of the super-rich from their cash in the dogged pursuit of it. In the process, it has produced some of the most beautiful yachts in history. As the winner traditionally gets to pick the kind of boat used in the next cup, each successive edition has created the nautical equivalent of the Space Race, with the perfect conditions—not least of which being intense competition—for giant leaps forward in yacht design.

The Seamaster 300M America’s Cup Edition in its presentation box.

But nothing compares to the white heat of current developments. For, in the last 10 years, the boats have learned to fly. Literally. Foiling raises the entire hull of a 75-foot yacht out of the water on spindly-looking hydrofoils, reducing friction to basically nothing and adding exponential speed. Provided the crew can adjust the trim in ever-shifting winds and keep the yachts up on their foils, the potential speed—more than three times the speed of the wind and topping out right now at over 50 knots—is breathtaking. Learning to set the perfect trim is a work in progress. Practice makes perfect, but all that speed is also fraught with perils, leading to spectacular crashes on occasion. All of which of course makes for great TV. Watch it live on NBC Sports, and feel free to keep time with your new Seamaster. 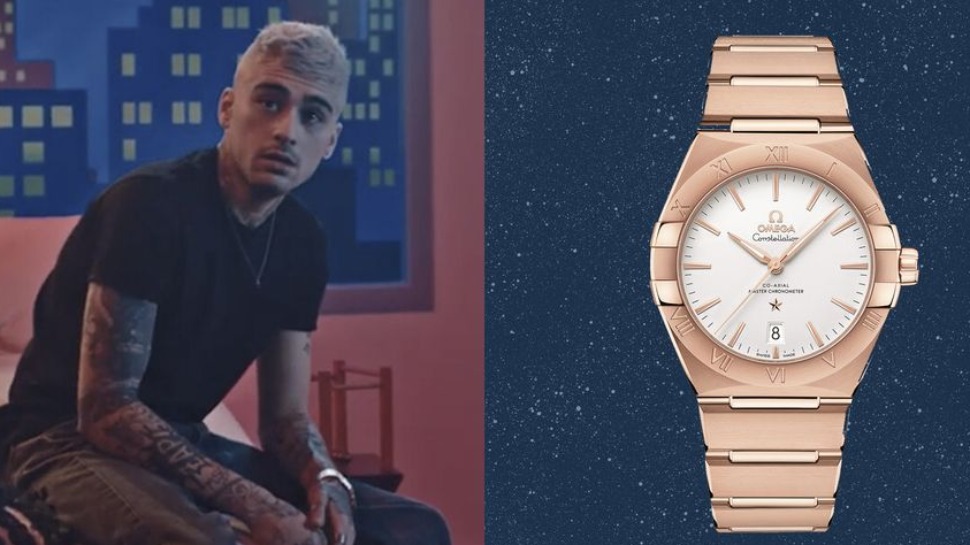 The Omega Speedmaster Moonwatch Professional Gets a Once-in-a-Half-Century Upgrade
More from EsquireMag.ph

5 Kinds of Watches to Collect as Seen on the Wrists of These Titans and Moguls
Shares
Share
Tweet
Comments
View More Articles About:
style
watches
Omega
young leader
syn-00202
More Videos You Can Watch 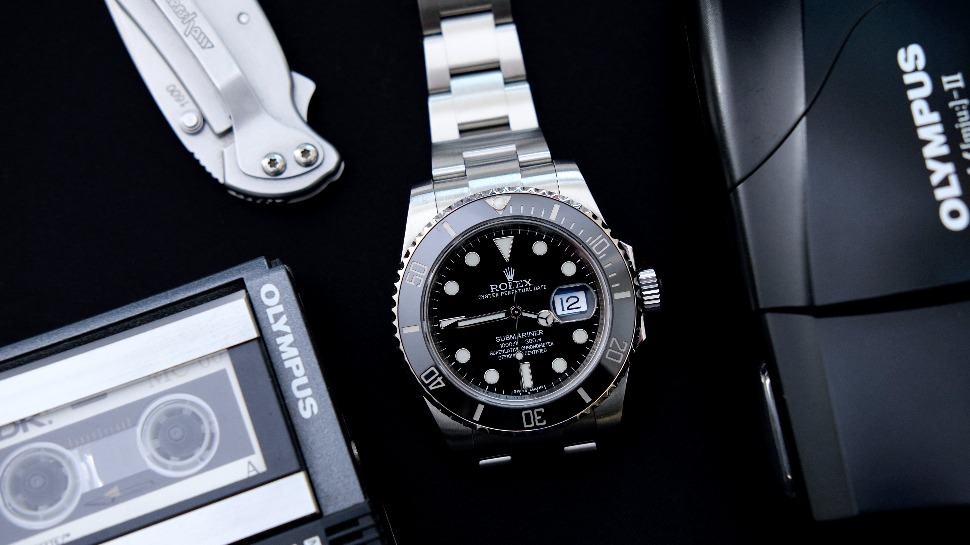 Should You Buy an Expensive Watch? 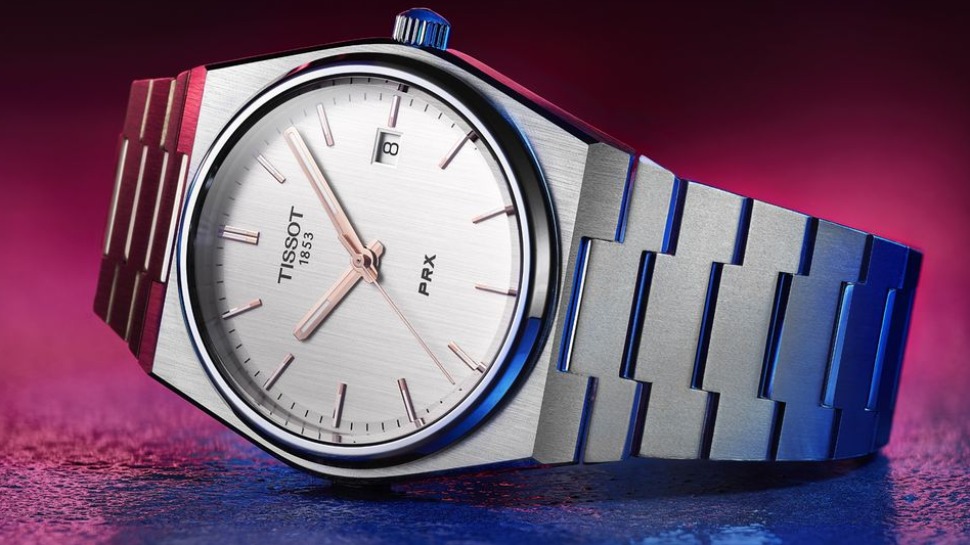 The New Tissot Is for Life, Not Just Till the Next Tissot
All Photos
Comments
View As List