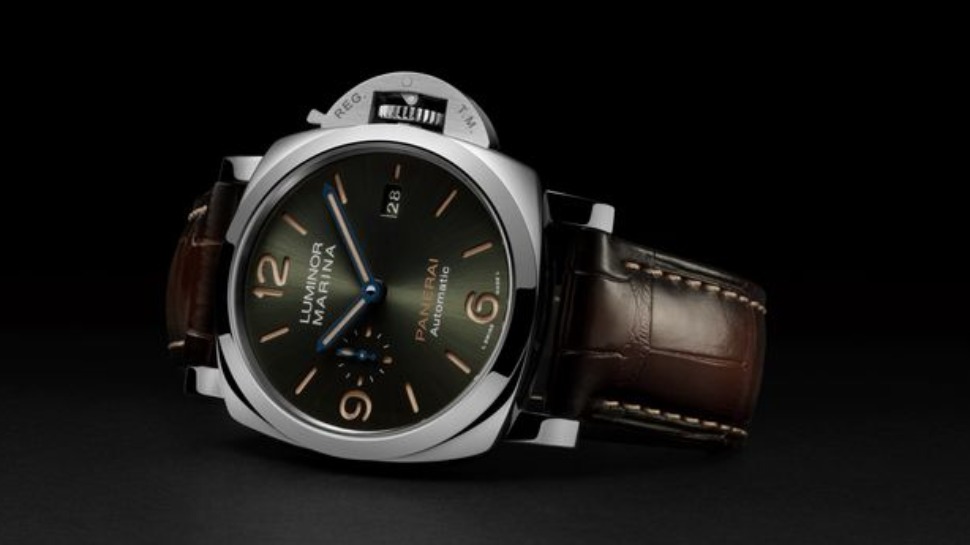 The Coca-Cola Company owns 1,901 trademarks. You can probably guess some of them – Sprite, Fanta, Enjoy Yours. There's loads you probably can’t – Joy To The Lemons, Pay Like A Boss, and Gutsmack, for example. (You might wonder how much competition there would reasonably be for Gutsmack but whatever – Coke got there first.)

“Trademarks are usually metaphors of one kind of another,” reckoned the Oscar-winning graphic artist Saul Bass, someone who knew a thing or two about branding. “And are, in a certain sense, thinking made visible.”

Trademarks count for a lot of thinking made visible in the luxury watch world too, where competition is everywhere and point of difference is everything. Convincing customers that you – and you alone – have exclusivity over a particular material is a big deal.

A gold watch might be nice, but it’s arguably not as nice as a gold watch using Everose, a secret recipe of 18k pink gold, platinum, and copper that can boast its own unique glow, a Rolex invention and trademark. Even that doesn’t sound half as fancy a gold watch made of Magic Gold, the “first and only” 18k gold alloy in the world that “perfectly withstands” scratches – yes, “even with an extremely active lifestyle” – developed and trademarked by Hublot.

Panerai, the Italian-born, Swiss-based watchmaker known for its luminous dive watches and its role supplying instruments to the Italian Navy of the early 20th century, also has form here. Its most trumpeted development being the use of a radioactive compound called Radiomir (later, the less-scary substitute Luminor), a substance so self-luminous it could be read underwater in pitch darkness and spent several decades being covered by the Military Secrets Act.

Panerai owns more than 40 trademarks itself: Sportech, Fibratech, and Scafotech, among them. Now this: Platinumtech, a proprietary new alloy, formulated to be harder, tougher and more scratch-resistant than, you know, your common or garden platinum. Platinumtech makes its debut in a new edition of Panerai’s Luminor Marina watch, the model that achieved surprise cult status in the Nineties after Sylvester Stallone spotted it on location in Rome and placed a succession of orders for custom versions using – and we’re not making this up – Slytech.

Last year, Panerai celebrated the 70th anniversary of its Luminor line and it’s a commemoration it has been keen to carry over – perhaps reasonably thinking that 2020 didn’t count. At this rate, it can roll in the 80th. Hence this model coming in an edition of 70, with a 70-year-guarantee.

The brand says that for the Platinumtech Luminor Manina they’ve endowed “the noble metal with toughness”, creating an alloy “reformulated and perfected” in its bespoke ideas lab, the Panerai Laboratorio di Idee. All of which sounds very cool.

Arguably cooler to us is the color combination of this watch: an olive green dial against a dark brown leather strap, complete with fancy pants stitching, which will always be a look we can get behind.

We’d call it Distinctively Different, but alas we can't. Yet again the Coca-Cola Company got there first.