G-Shocks are tough. Everyone knows that. They're some of the most shock-resistant, water-resistant, and dust-resistant watches in the world, and are, by definition, damn near indestructible.

But for their toughness, G-Shocks aren't exactly the first option when you're looking for something to wear to the office. As a general rule, it's usually best to avoid bulky watches when you're dressing for business—and G-Shocks do pack quite a bit of bulk.

However, like most rules, this one was meant to be broken, and Casio might have just the watch to break it. The Japanese watchmaker's new MTG (Metal Twisted G-Shock) line is designed for adventurous folks who are also looking to shift to a more refined look. The collection features Triple G Resist, which protects the watches from shock, centrifugal gravity forces, and intense vibrations. Tough, yes—but smart, too. 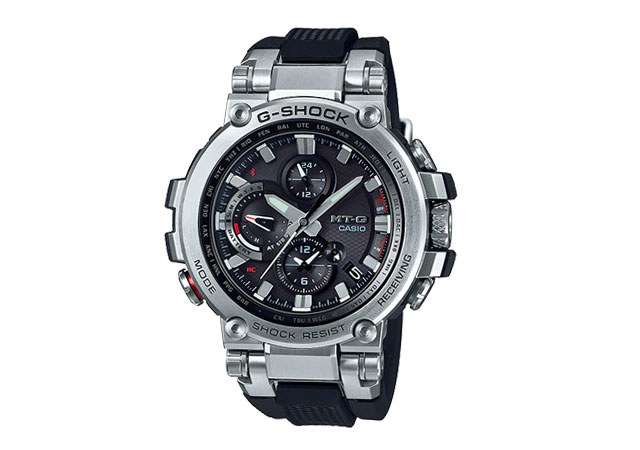 The MTG-B1000 is the latest offering from the series, and it could very well be the exception to the rule—the G-Shock you wear to the office every day. Here’s why:

It’s even sleeker than the previous model.

It certainly helps that the MTG series is manufactured in the facility reserved for Casio’s premium offerings, making the craftsmanship behind the B1000 the highest that the company can offer. In fact, the case manages to keep its brilliant chrome finish via Sallaz polishing, which is widely recognized to be the finest polishing technology available today.

It’s got that signature G-Shock durability.

The smaller case is made with technological advances from Casio. To deliver the hardiness that G-Shock is known for, the MTG-B1000 is constructed with carbon fiber-reinforced resin, which protects the center case against impact, and sapphire crystal, which renders its face scratch-resistant.

Casio also introduces improvements to its Core Guard design, which provides a shock-absorbent frame that keeps impact on the watch’s exterior rather than on the case itself. With water resistance for up to 200m, it’s well-protected against all sorts of conditions—including the most hazardous of all: the drunken Christmas office party. 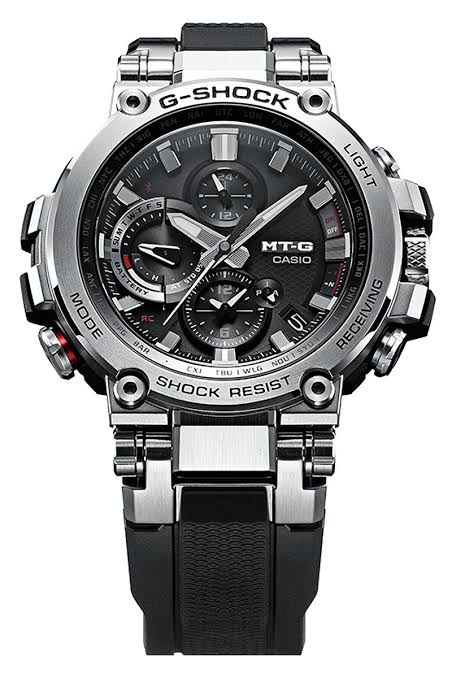 It’ll keep you synced during business trips—even if you lose your phone.

The MTG-B1000 is the first MTG model to feature Bluetooth connectivity with smartphones. Used in conjunction with its app, the watch can automatically adjust timezones with your phone.

The watch can also adjust timezones through radio signals in five countries: the U.S., the U.K., Germany, Japan, and China. Time and date information is broadcasted from radio stations in these countries up to six times a day, and the MTG-B1000 syncs with the info as soon as it receives the signal.

Beyond these, the MTG-B1000 is loaded with all sorts of useful features, including a stopwatch and timer on its face, a built-in time alarm, a power-saving function, and a Super Illuminator LED light for those long nights at the office.

If you’re looking for a sturdy watch that blends form and function, this is definitely something you’ll want to consider.