One of the World's Greatest Watch Collections Is Going on Display

160 rare and exclusive watches go on display this week at the Design Museum. 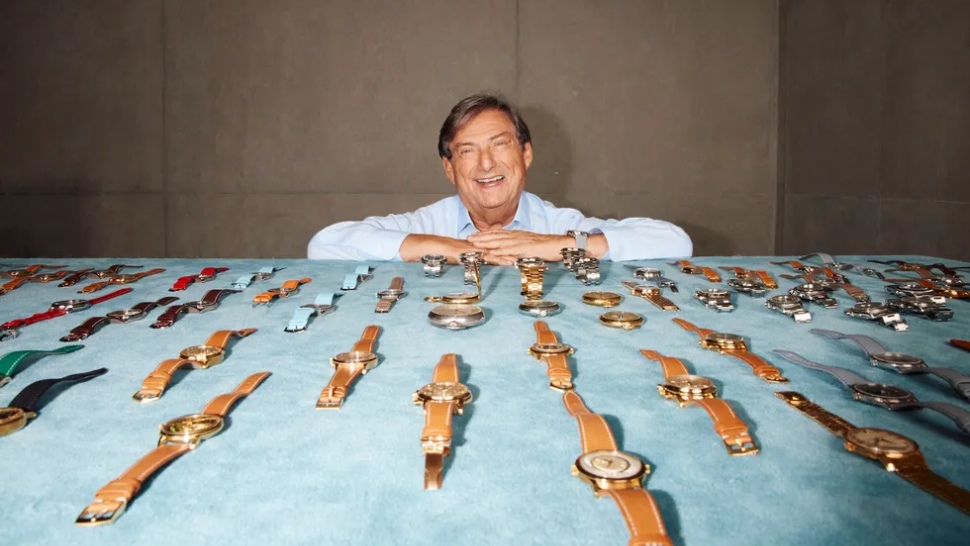 600, collected over four decades, with a value running to hundreds of millions of pounds, edited down to 160.

Those numbers aren't the only impressive thing about The OAK Collection, one of the world's greatest collections of privately-owned watches, which goes on display at the The Design Museum in London this week. 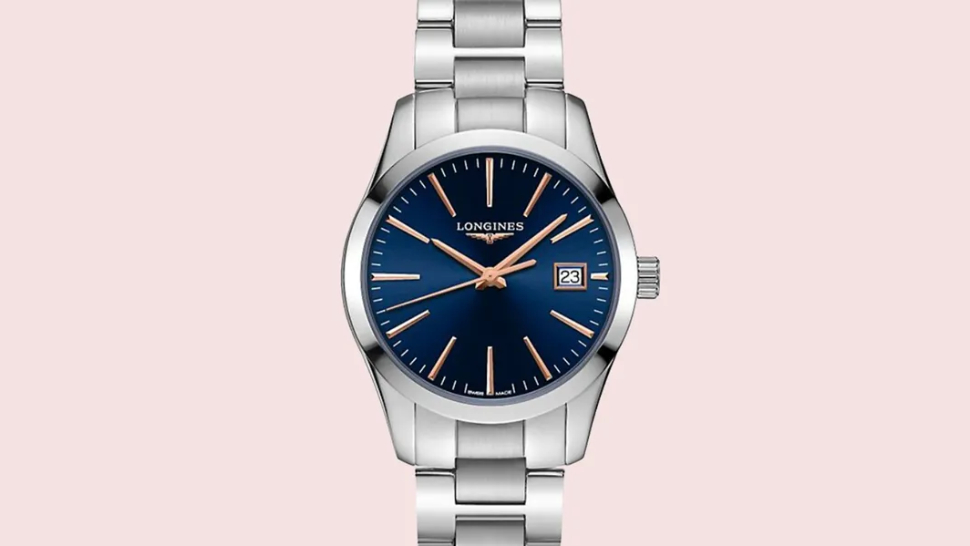 The collection, which belongs to one individual, is exclusively comprised of hard-to-find watches in perfect working order. It skews heavily toward vintage Patek Philippe and Rolex but also features a few high-end independents, like the French-Swiss brand F.P Journe.

Though there have been exhibitions of historically important watches before, they have tended to be organised by single brands, and hosted by them. The fact this one is being displayed at The Design Museum, the storied institution more familiar with telling the story of the Memphis Movement or the history of Dieter Rams, speaks volumes.

The watches belong to Patrick Getreide, a French businessman who got hooked on horology at the age of 10, when he spotted an Omega in a shop in Switzerland.

"It was instant love," he says.

As Getreide grew up and his means grew with him, he focused on collecting only rare watches, produced in small numbers, eschewing anything that wasn't in excellent condition. Thierry Stern, Patek Philippe's CEO, became a friend—at least one of the watches on display at The Design Museum was designed specifically for Getreide.

But perhaps the most unusual thing about The OAK Collection is that we're able to see it at all. Collectors tend to be private individuals, their haul known only to a few. Getreide is of the opinion that not everyone can afford these world-class watches. But everyone should be able look at them. The result may be the largest privately-owned collection of luxury watches ever to go on display to the public.

Esquire sat down with some of the watches and their affable owner ahead of the exhibition, for a sneak preview.

What are your rules for collecting?

The essence of my collection is 'new-old' stock (i.e. vintage but unworn). They have to be perfect. I only like perfect watches. Even if one of my watches is very old, it's in very good shape.

How often do you pass up something because it isn't 'perfect'?

Many times. I regret only one. The 'Victory Watch.' There were three watches done for Winston Churchill, Stalin, and Truman [also a fourth, for Charles de Gaulle]. They were pocket watches [made by Louis Cottier to commemorate the end of World War II. Churchill's had a 'V For Victory' on the caseback.] Ten years ago the Winston Churchill watch came up for auction. I looked at the watch… it was all scratched. I don't know what dear Winston had done to it. Had be played football with it? I don't know! But this is the one I regret because it was so important. I'm a big fan of Winston Churchill.

Why have you chosen to exhibit your watches?

The answer is easy. As my friend who is into art said: 'If an artist does a great picture it goes into the museums.' This is normal. It is art. I said 'Why not watches?' That's why I decide to do it. To explain that 'This is art, too.' And the second reason is to share them with people. Most of them can't afford those watches, but at least they can see them. That's the next best thing to do.

Never. Tim [Marlow, Chief Executive and Director of the Design Museum] is a very interesting man. He loves watches and football. We are both fans of Chelsea. Maybe I shouldn't say that! But he immediately loved the idea. Because it is the first time ever, in any country, that there has been a collection [like this] shown to the public.

How did you start collecting?

I bought my first watch when I was ten years old. An Omega—but I lost it. Really, I started to become a collector about 30-something years ago, when I bought my first [Cartier] Tank. My family had a horse that won the course de chevaux [horse race]. If you have the one-two-three (i.e. a trifecta bet, correctly predicting the first three horses to finish) you can win money. And I bet on that horse, and also found the number two and three. So I won 40,000 French francs. And the next day I bought a Tank.

And you were hooked?

Yes. But in the beginning, I could not afford Patek, so I bought a lot of Omega and Jaeger-LeCoultre and Zenith. I bought maybe 40 brands that I would not buy anymore—except exceptional pieces, maybe. And then eventually I got the money to buy a [Patek Philippe Perpetual Calendar] 3970. And it was so [beyond my means] that I paid three times (i.e. in installments). I only paid a third! But I was fortunate enough to meet the Stern family soon afterward and I told them 'I can't get your watches. It is not normal. I am the new generation!' And they said 'Okay. Come to us. Ask for us.' And since that day I have had everything I want.

What is it about Patek Philippe?

I go every month to see them and they take some [new] wonder from their drawer. They love their customers. The big customers. They treat you like kings. It's the only one. You go to some brand—I won't name it—and they say 'You want this model? No! It is already oversold.' And Patek Philippe know how to do one-of-a-kind watches to customers who have been loyal, to thank them. And I believe this is the only [watch brand who behave this way]. The other one… they think they are too important for the customer. That the customer should say 'thank you' to them.

What did Patek make for you?

This [produces the very watch]. This is a 5320 that they have done for me in steel, normally it is in gold. It is only the second time in 20 years they have made one for a customer. It's also waterproof. So I swim with it this summer.

Swimming! Is that a good idea?

Watches are made to be worn. That is another point of pride with my collection. All my 600 watches work. I have a professional horologist who comes, three or four times a year, and he [inspects them all]. And then 24 hours later he comes back and checks that they work. I don't have a collection that is kept inside a box, that doesn't work. They all work. That's also something I believe. That a watch has to be functional.

No. It's a passion and as long as you exist—I'm not talking about being dead—but as long as your brain is on, you want to collect. Now at my age, I'm 67, I think it's fine to do a good deed. And share them with other people.

The OAK Collection is on display from 19 May to 25 May at The Design Museum, London, W8 6AG. More information here. 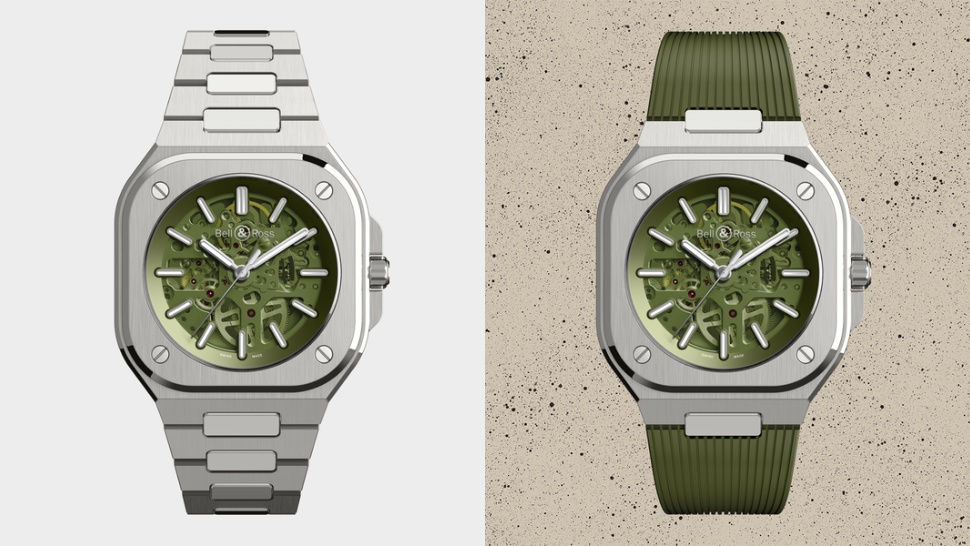