The Best of the Best From Watches & Wonders

One of the industry's most exclusive events went wide this year, and these are the standout timepieces. 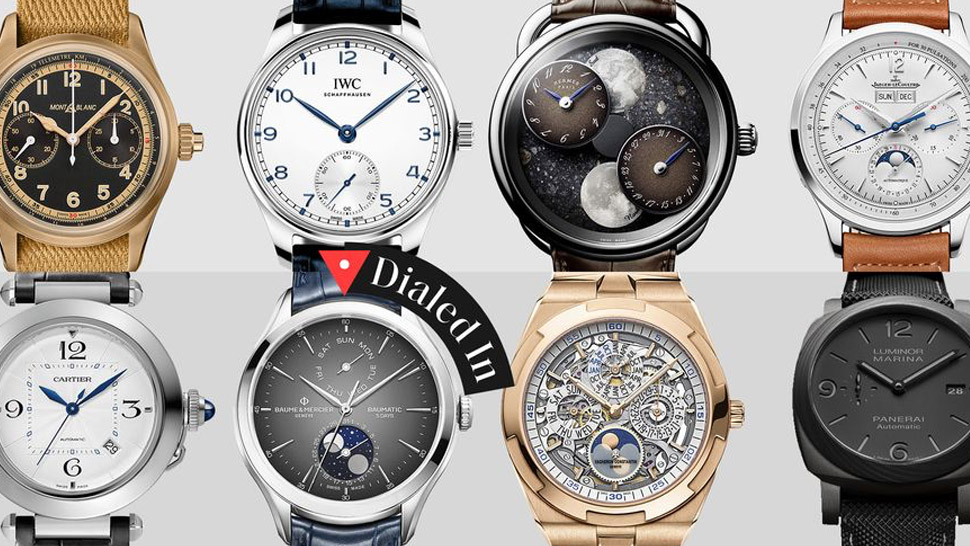 This was always going to be a bit of a year of upheaval for the Swiss watchmaking industry as brands questioned the purpose of global shows and struggled to find new ways to reach the market. COVID-19 only exacerbated the situation, bringing inevitable cancellations of the two major watch fairs in Geneva and Basel that would have seen the world’s watch nuts, retailers, and press descend on the two cities in order for a week-long orgy of squinting through loupes at mechanical marvels with price tags worthy of race cars. Undeterred, the Swiss have got suddenly savvy with their online platforms, realizing that it was digital or nothing as a way to disseminate news of what they’d been beavering away at for the past year and more. The fallout from COVID-19 means that the watch industry that emerges from the other side of it may be a somewhat different place.

But the good news is that good old-fashioned luxury, technical expertise, mind-bending innovation, and sheer out-of-the-box thinking will likely remain the four pillars on which Swiss-made watches rely (just as they have for generations). And another plus side in all this is that Watches & Wonders, the Geneva show that features just a handful of top makers, was made public online for the first time this weekend, which means on top of Esquire’s best-in-show below, you can get privileged access to the crème de la crème of the industry right from your desktop or phone. Much of the info gleaned over the weekend from the WAW digital platform is so new that the arrival dates in market are also, given the current thing, somewhat foggy right now. But some things are worth the wait.

Montblanc Watches has leaned in hard on the heritage of its Minerva Manufacture since parent company Richemont acquired it in 2006, but it is only since the arrival in 2015 of managing director Davide Cerrato that the German brand has successfully translated the hallmarks of high-end watchmaking into new watches with a vintage vibe. Thanks to Cerrato, the 1858 line plays to great effect with the concept of “new vintage” without ever descending into pastiche. The pick of the bunch for Esquire from this weekend is the new, limited-edition Monopusher Chronograph in bronze (it will tarnish pleasingly as it ages), inspired by a Minerva monopusher from the 1930s. montblanc.com

It’s hard to innovate when, like Panerai, your company’s entire ethos is based on one discipline–diving–and a couple of historic case shapes. Well, if that’s true, nobody told Panerai, which is at the pointy end of some mind-boggling new material science right now. It is resulting in innovations that will make your head spin, and could revolutionize the entire watch industry, too. Take this year’s clear winner, for me at least, the Titanium DMLS Luminor Marina, whose case is built in 3D using a laser sintering process (or Direct Metal Laser Sintering, akin to the way ceramic cases are made). Panerai adds another proprietary Panerai material, Carbotech (carbon-fiber based) for the bezel and crown lever. All of which alchemic wizardry renders a case that’s 30 percent lighter than regular cast titanium. The science, coupled with iconic, simple design, makes for a watch that is both stealthy-looking and very, very noticeable. panerai.com

It’s always good news when a manufacture breathes new life into an old favorite. For me, Cartier’s 2020 hit is the Pasha. The Pasha was a 1985 design based—so the apocryphal story goes—on a watch supposedly made in an edition of 1 for the Pasha of Marrakesh in the 1930s. Well, if it was indeed created in the 1930s, no one’s ever seen any pictures of it. Anyhow here’s what we do know for sure: The modern Pasha was originally designed by the great Gerald Genta, who designed amongst other things the Audemars Piguet’s Royal Oak (1972) and Patek Philippe’s Nautilus (1976). The Pasha oozed old-world charm but with a modern, beefy edge not to date familiar to Cartier. In the 1990s, the Pasha was a huge hit for the brand with jet-set types who liked both its scale and its iconic (and very unusual) good looks. With the benefit of a little breathing space, the Pasha could well be a hit again. cartier.com

The most accessibly priced of Watches & Wonders’ coterie of watchmakers, Baume & Mercier has a long history dating back to 1830. It doesn’t get all the attention next to the major players, but it deserves more. And there are signs lately that being a little out of the limelight vis-à-vis the big boys may be a distinct advantage. In 2018, the company launched its first ever in-house movement called the Baumatic, which featured groundbreaking silicone parts, a technical innovation that elevates the performance and longevity of a movement. It’s something you might expect from a bigger brand with much deeper pockets. The brand has been sprucing up the design side, too. This brand-new example of the classic Clifton, the Clifton Day Date Moonphase in steel, features day and date subdials, a five-day power reserve, and a moonphase doohickey in a display more common in watches two or three times the price. baume-et-mercier.com

Speaking of moonphases, while that esoteric function is traditionally consigned to a little window south of the center of the dial, Hermès in its own inimitably creative way likes to turn things upside down at every opportunity. The Arceau L’Heure de la Lune relegates actual time (and date) to the two subdials that rotate and make one circuit in 59 days. The lion’s share of the big 43mm dial is devoted to two static representations of the moon as viewed from the northern and southern hemispheres. Okay, there isn’t actually a flying horse (look closely) on the moon any more than there’s a big fat smiley face on it, but that’s just Hermès being Hermès. In the new additions to the line launched last year, you can choose limited-edition versions with dials made from wafer-thin discs of meteorite from the Sahara, the moon itself, or even Mars (an edition of just 2, price on request). We'd settle for some plain old moon rock, if anyone's asking. hermes.com

A big watch calls for a big name. While most of us horological window-lickers prefer to covet watches that we may someday wear, sometimes, hell, it’s just great to gawp at the watchmaking art raised to its highest levels. Enter Vacheron Constantin, granddaddy of watchmakers, in continuous production since 1755, with this super-elegant, super-thin (the case is just 8.1mm thick) Perpetual Calendar launched last year but now available on a solid-gold bracelet. A perpetual calendar like this will, if kept wound, continue to tell the correct time, day, month, and year (including coping with leap years) until February 28th, 2100 when the Gregorian calendar pops up with a once-a-century correction, a year that is divisible by 4 yet not a leap year. It’s complicated. To engineer a machine that can nail the date for the next 80 years takes next-level know-how. To make it also look this beautiful, well, that’s just magic. vacheron-constantin.com

Such is the mythical appeal of Jaeger LeCoultre’s famous 89-year-old Reverso—so named because it was conceived for a wearer to flip the watch over and lock it away from flying objects like polo mallets (in the case of the very first customer)—that it’s easy to overlook some truly stunning watches simply because they are vaguely less, well, Reverso-shaped. Take the brand-new and supremely elegant steel Master Control Chronograph Calendar, which is an update on a line first launched in 1992. It looks rather older in some ways, with a timeless display that harks back to the more complicated chronographs of the 1950s and '60s, partly because the pulsometer scale around the outside edge of the dial enabled doctors back then to measure a patient’s pulse. Nifty. jaegerlecoultre.com

If you only collected watches that are iconic in one way or another, you’d still be here this time next year writing your wish list. Somewhere near the top of it, we’ll wager, there will always be an IWC, and most likely it will be a Portugieser. So named, according to lore, for the Portuguese importers who asked IWC for an oversize wristwatch that would have the precision of a marine chronometer, reference 235, at 41.5mm, was a whopper at by 1939’s dinky standards. It also went against the enduring Art Deco trend by using minimalist markings that were positively Bauhausian in their simplicity. Although many versions of the Portugieser have proliferated in larger sizes than the original since the 1990s, this brand-new interpretation of the original is actually a shade smaller at 40mm, and while not a nut-and-bolt replica of the original, it’s about as close as you can get. iwc.com 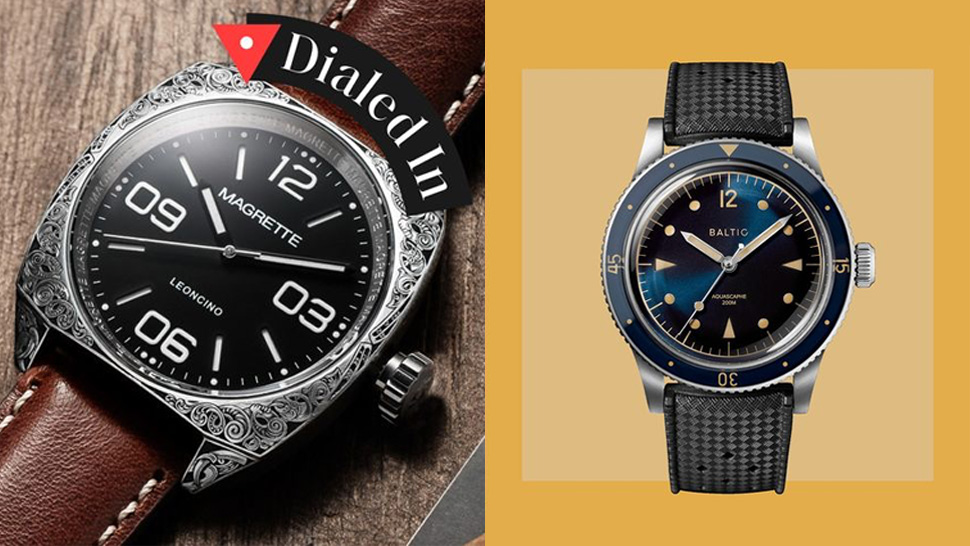 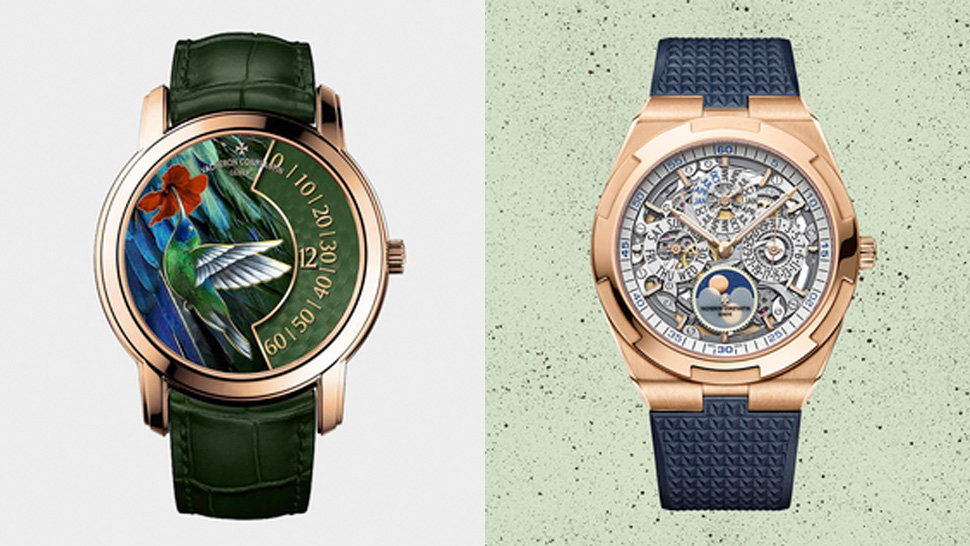