The family keeps a staff of 600 at home, which is the second most expensive in the world, after Buckingham Palace.

News has been swirling around the Ambani family once more, after the recent wedding of the family’s eldest son Akash to Shloka Metha last weekend. The lavish affair lasted three days, in addition to a trip to Switzerland, multiple traditional celebrations, and a charitable function marked the union.

Who are the Ambanis and where does their fortune come from?

When Dhirubhai passed way in 2002, he left no will. This left the family in disarray and its two sons, Mukesh and Anil, in competition over their father’s fortune. Three years later, the company was divided through a deal brokered by their mother, according to Bloomberg. Mukesh took the oil, gas, petrochemicals, and refining operations, while Anil was left with the construction, telecommunication, entertainment, and power-generation assets.

Mukesh wisely managed his part of the company, which has now expanded to telecommunications. In 2010, Reliance Industries launched Reliance Jio, which is currently one of India’s biggest telecommunications provider with 263 million subscribers recorded in January 2019. The conglomerate was able to draw subscribers in by offering free local calls and extremely affordable data services, reports Forbes.

Mukesh and his family live in a 27-story vertical mansion in the center of Mumbai. 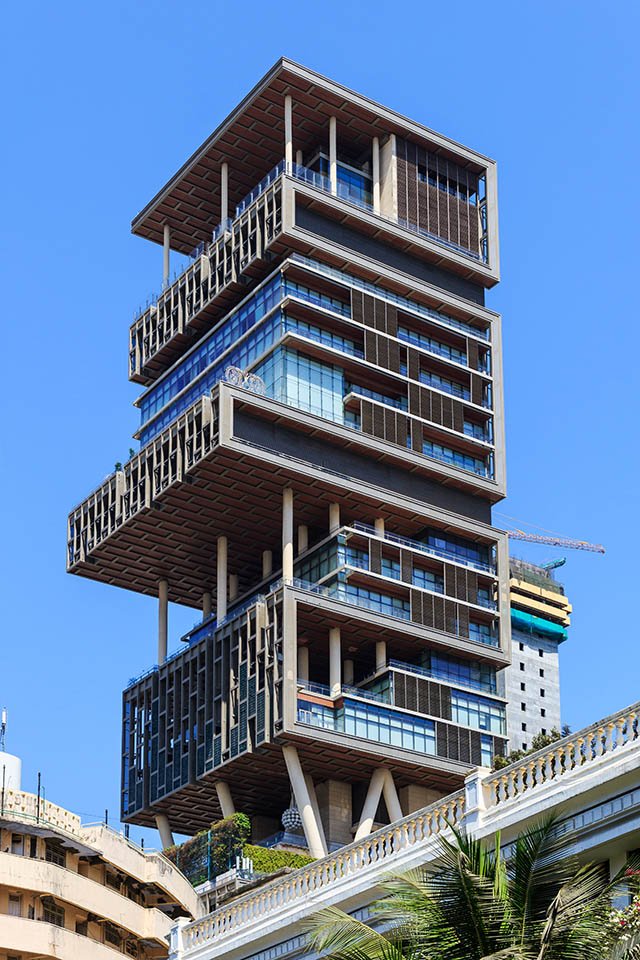 Called Antilia, the extravagant home is estimated to be the second most expensive home in the world, just after Buckingham Palace. It’s reported to be worth $1 billion.

It’s equipped to withstand a magnitude-8 earthquake, has a garden that takes up three levels, parking space that takes up six, three helipads, ballrooms, and swimming pools, reports SCMP.

Antilia is nothing short of spectacular on the inside as it is on the outside. 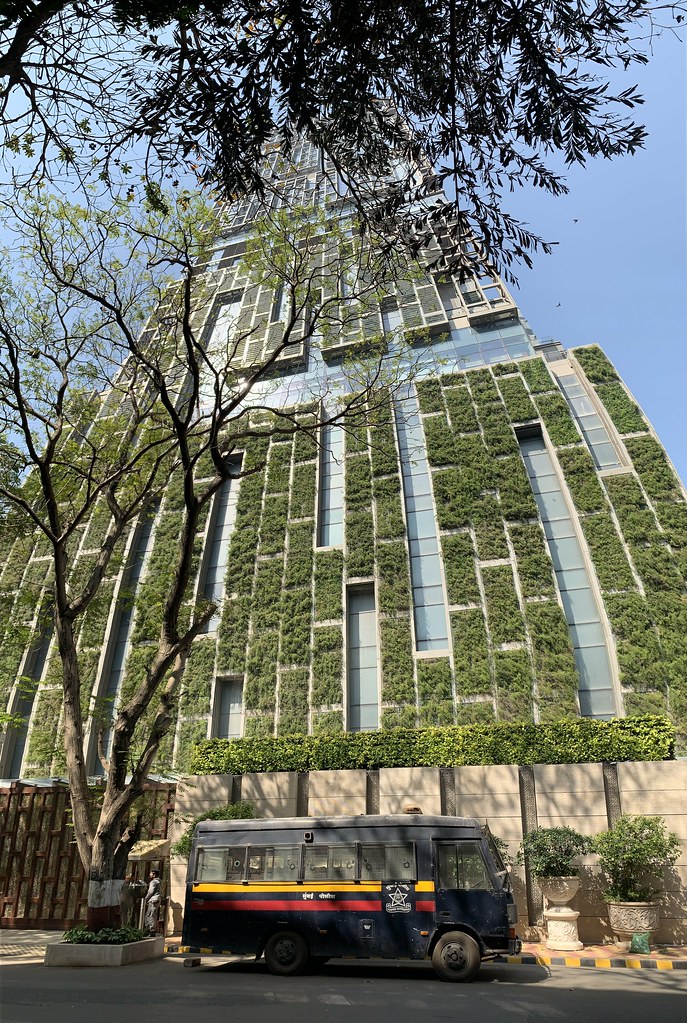 Mukesh married Nita Ambani in 1985, and together they have three children: fraternal twins Akash and Isha, 27, and Anant, 23. 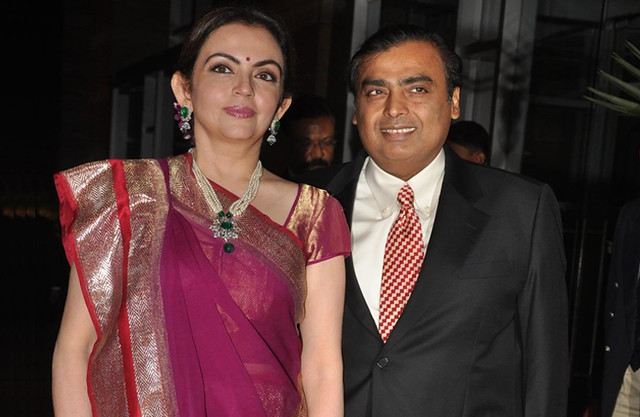 Nita and Mukesh met through his father Dhirubhai. 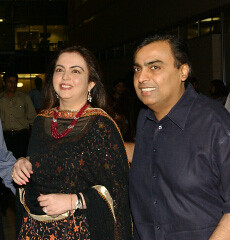 The elder Ambani first saw her dance at a recital and later asked her if she wanted to meet his eldest son. Mukesh proposed to her at a busy intersection on the street sometime after they met.

Despite their seemingly lavish lifestyle, Nita once insisted that she has tried to keep her children out of public scrutiny. 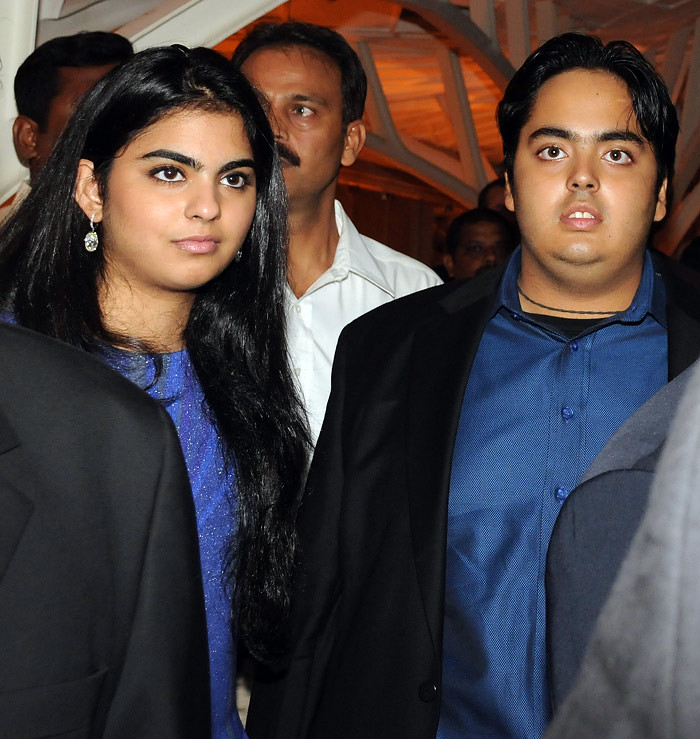 “I think it’s important that they come into public eye only when they have contributed to society in some way,” she said in an interview with Times of India, “I don’t want them to have things on a platter. The family name is a legacy and they should work to earn it.”

Nita and Mukesh made the news after he had gifted her with a $60 million Airbus aircraft on her 44th birthday in 2011.

Only daughter Isha Ambani graduated with an undergraduate degree in Psychology from Yale. 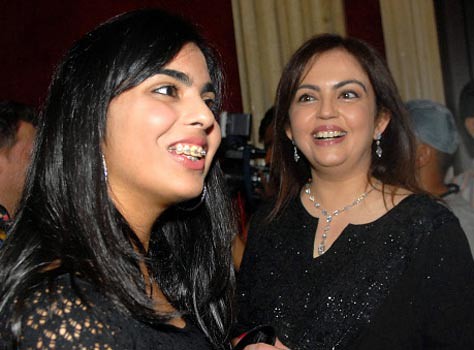 She then worked for McKinsey & Company in New York. In 2014, she joined the family business as part of the board of directors in Jio and Reliance Retail. She also earned her MBA from Stanford University.

Last December, she wed Anand Piramal, who is the heir to the Piramal Group, in Antilia.

Their wedding guest list included Hillary Clinton, Arianna Huffington, and their reception had a private performance by Beyonce. 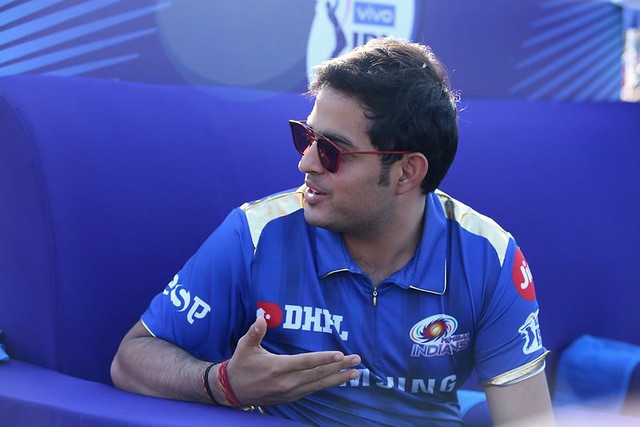 He too sits on the board of directors of Reliance Jio and Reliance Retail and is actively involved in Jio Infocomm as its chief of strategy.

Youngest son Anant relatively stays out of the spotlight, but he is beginning to play a bigger role in the family’s company’s events and meetings. 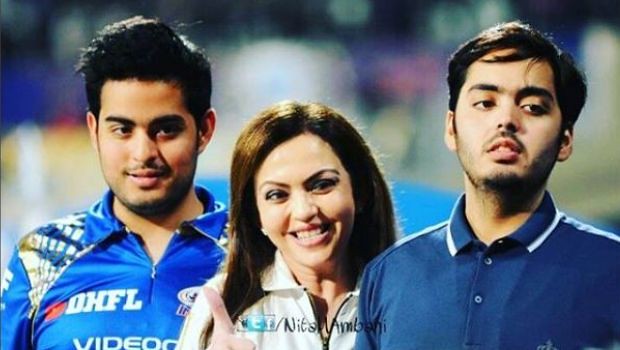 The Ambanis know virtually everyone there is to know in India, from Bollywood stars to business bigwigs. 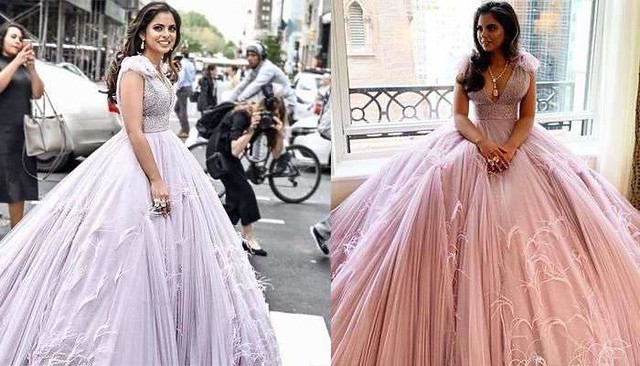 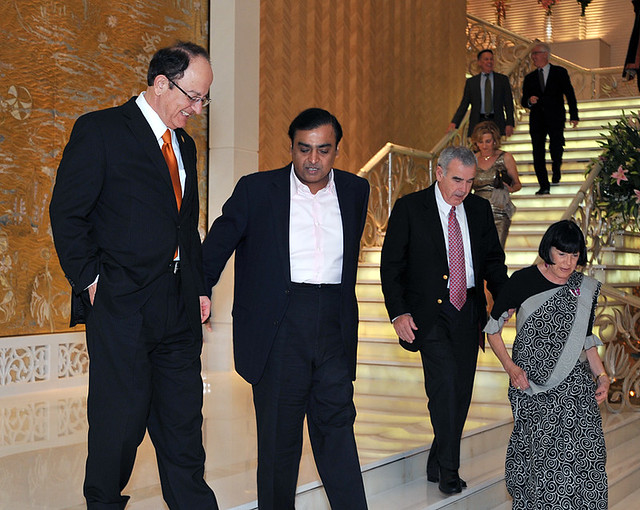