Meet Audrey Pe, the 18-Year-Old Founder of a Tech Startup for Women Empowerment 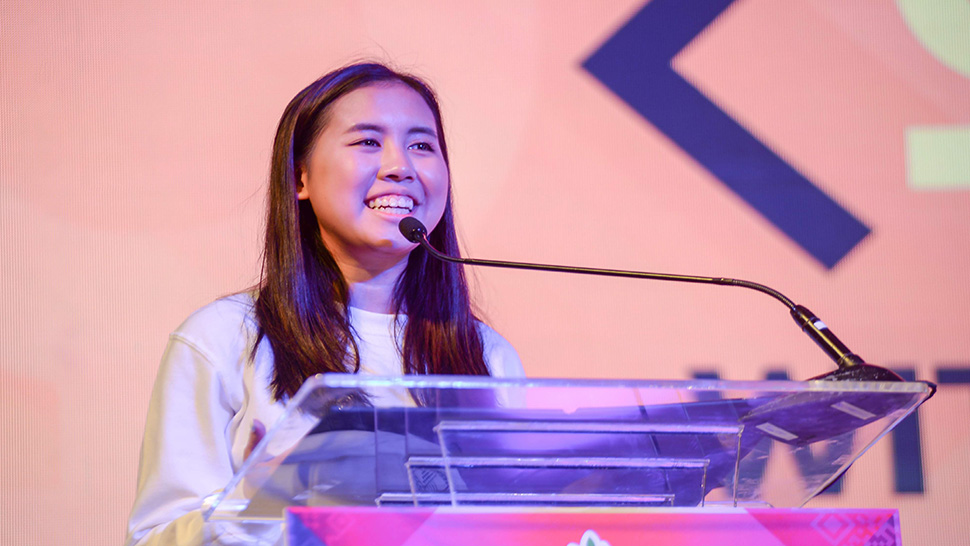 The people behind the non-profit organization Wi-Tech have a lot up their sleeve. If you haven’t heard of them, then it’s about time you pay attention because this is a group that means business.

WiTech, short for Women in Technology, was launched in 2016 with the mission of empowering women to harness the power of technology and ultimately close the gender gap in the tech industry. Since its inception, the organization has been touring the country with its talks and programs, which are held in public schools or tech forums for the youth.

The fact that this growing organization was founded by an 18-year-old will probably come as a shock to many. Audrey Isabel Lim Pe founded WiTech in 2016 when she was a high school sophomore at Multiple Intelligence International School. She was only 15 years old then. The idea of establishing WiTech came when she noticed there wasn’t any coverage on women leaders—or women, in general—in the tech industry. And so, she went online and researched her way into this world with which she slowly became enamored. She then started blogging about the stories of women leaders she found, and these feature articles eventually fostered a community, which led to the blossoming organization she now inoculates today.

Pe is currently taking a gap year before she starts college in the fall of 2020 at Stanford University with a degree in Science, Technology, and Society. She graduated from high school at British School Manila (BSM).

The reason for the gap year was plain and simple: She wanted to focus on WiTech. Pe talked about her recent activities, a laundry list of speaking engagements (e.g. talks and forums), project planning with her team members, and her part-time work for Edukasyon.ph where she writes content. She recently got back from a leadership forum in Cebu, and also traveled to Bangkok for the ASEAN Young Entrepreneurs Carnival.

Pe said they just wrapped up the organization's third recruitment cycle—WiTech now boasts of 70 members, from 42 members in its second year. Its members not only come from the Philippines, but from the U.S. and the U.K. as well.

Like any other startup, however, there were birth pains. And for Pe, the stereotypes she battled during the process made it even more difficult.

Strangely enough, Pe’s love for coding began because of the lack of it, especially in her high school computer classes, which prompted her to move to BSM to pursue higher-level Computer Science. It was there that she encountered the first gap she had to battle, and that was her lack of formal coding training. “I was the only person who had no experience... I would cry, and I seriously considered dropping it. But if I gave up, it would have been a ‘what if?’ for me if I didn’t pursue it. So I did a lot of catching up,” she shared.

In fact, she quickly confessed that “catching up” is putting it lightly. She doubled her efforts by studying more online content and asking her teacher for guidance. During her free time, Pe watches free resources on coding such as introduction classes and tutorials—all free resources that anyone and everyone with an internet connection can have access to.

“I always thought I was in this game of catchup with the rest of the class.”

The hustle that came with being a newbie was a foreshadowing of other events to come, especially during WiTech’s nascent stages. Pe opened up about the time she joined Techtonic Summit, one of the country’s biggest tech conferences, which wasn’t open to students; however, she registered as a member of the “press” because WiTech was a blog.

“I remember walking to SMX and it really hit me how underrepresented women were. I could barely see any girls all around me. In this huge hall were guys. As a young 15-year-old, I was just so intimidated. The moment I stepped in, I wanted to call my mom and asked if I could go home,” she said. “But you know, I told myself that I would regret not going and I told myself that just because women were underrepresented, like here in the Philippines, that didn't mean that we couldn't find allies. The more I networked, the more I told my story. The more I found that so many men in tech were unaware of the gap, or they weren't conscious of how uncomfortable it made women feel.”

Lo and behold, Pe’s bravery led to a chance encounter with a representative from the Department of Trade and Industry (DTI) who then invited her to join the ASEAN conference. That experience of “otherness” at the Techtonic Summit was the first of many. Up to this day, when people in the tech industry first encounter WiTech, Pe is either met by disbelief (in admiration) or doubt.

If her organization’s current success is any indication, Pe’s character is one of resilience and dedication, but that isn’t to say she does so alone.

It’s difficult to fathom how someone as young as Pe is able to deal with the rigor of a routine that isn’t common for people her age. (Back in high school, she ran from class to meetings and events, while squeezing in some time for college preparations.) Given everything on her plate, she credits her strength to the many inspiring people in her life. The first are her family, especially her parents who have been more than supportive of their daughter’s altruistic endeavors.

Next are her friends, or more accurately, her WiTech family. “We’re all working towards equality. We're all devoting time outside of school and extracurriculars to working on this cause that, quite frankly, doesn't give us any money.” She then talked about their late-night phone calls, coffee shop meetings, or discussions in her living room—all occasions that strengthened their bond as a team and as a family.

Although in the beginning, Pe could not find any female tech leaders to look up to, she can now drop a few names who serve as her inspiration. One of them is Alison Falk, a Pittsburgh-based application developer and self-confessed digital activist. She is also a model.

“Growing up I think I subconsciously developed this image of a person with minimalist clothing, jeans, and a t-shirt; someone who coded 24/7 and was socially awkward.”

“I felt a connection to Alison, in the sense that she wasn’t afraid to wear makeup and be feminine. She taught me that being into tech and being beautiful weren’t two mutually exclusive things.”

Over time, it was evident that Pe was slowly finding her place in an industry which was initially intimidating for a woman. But by connecting with those with similar interests and advocacies, she was able to forge her own community and proved that there is strength in numbers.

Aside from surrounding herself with likeminded individuals, she finds the strength within herself, and this lies in her life’s biggest “why” or her vocation.

When asked about a project that she thinks made the most impact, Pe instantly mentions the Marawi outreach project, a venture that completely changed her mindset. Last year, WiTech traveled the difficult sojourn to Marawi to teach 37 high school students the basics of programming. Many of them had not used a laptop before that experience, let alone tried programming.

The students’ excitement simply moved Pe, who then realized the ultimate purpose of her organization: “I realized that this is what I want to do for the rest of my life. This is why I do what I do. I do it because I really believe in equality and I really want every single Filipino to be able to experience that excitement that those kids in Marawi felt and hopefully channel that excitement into making their own apps, websites, and innovations that can change the world because everybody has the potential to do it."

That pivotal moment in Marawi caused a ripple effect, as characterized by the socially-oriented nature of WiTech’s initiatives. In a world where success is oftentimes defined by profit, Pe’s big little startup defies that by turning the other direction. They simply see the human dimension in technology, and that in itself is a statement.

Just recently, WiTech was officially registered as a non-profit organization, a process that took months to complete. They also just partnered with Education U.S.A. on a STEM Forward initiative, which aims to show students the many opportunities that come with a STEM (Science, Technology, Engineering, and Math) Education. The passionate group is also planning next year's WiTCon, a one-day event that highlights developments and achievements of Filipino women in the tech industry. They are also preparing for nine more Wi-Teach programs slated before the end of 2020.

As for Pe's personal plans, she will be on the lookout for potential resources from Silicon Valley for WiTech once she starts school at Stanford next year. Although she is anxious about moving to yet another school, it is safe to say her growth as an individual will serve her well into the next phase of her life as a college student. Her journey has just begun.

With her wit and wisdom, one has to remind oneself that Pe is 18 years old. She defies the society's expectations of the youth, and more particularly, of women, in an industry not often talked about in the Philippines.

“I love what I do and while the work can be really tiring and overwhelming at times, it can also be so so so enjoyable, and most of the time it fills you with energy. It gets you to wake up in the morning excited to start the day.” Pe has all the passion that’s characteristic of people in her generation, but she puts her words into action and sustains them—a feat that makes her the leader that she is today.

When asked about what advice she would give to aspiring young leaders, she answers right off the bat, “Be unapologetically ambitious,” a quote from one of her favorite books she read when she was 15. With her confidence and professionalism, Pe is the true embodiment of that phrase, and that’s something that only happened by owning up to herself. Although her shining reputation precedes her, what truly defines this teenager is her brave, passionate, and wholly selfless heart. 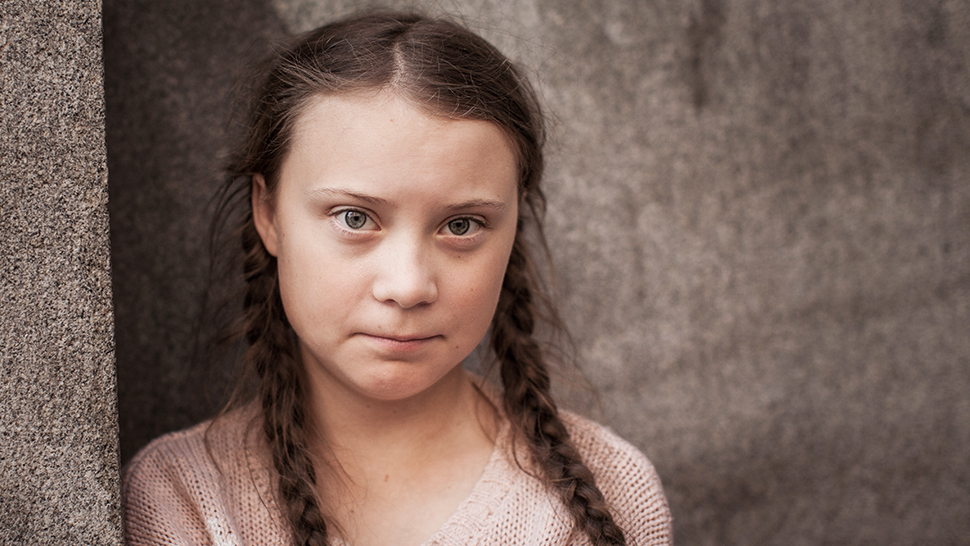