At the GK Enchanted Farm, social entrepreneurs are transforming how people do business by sharing the wealth and changing lives. 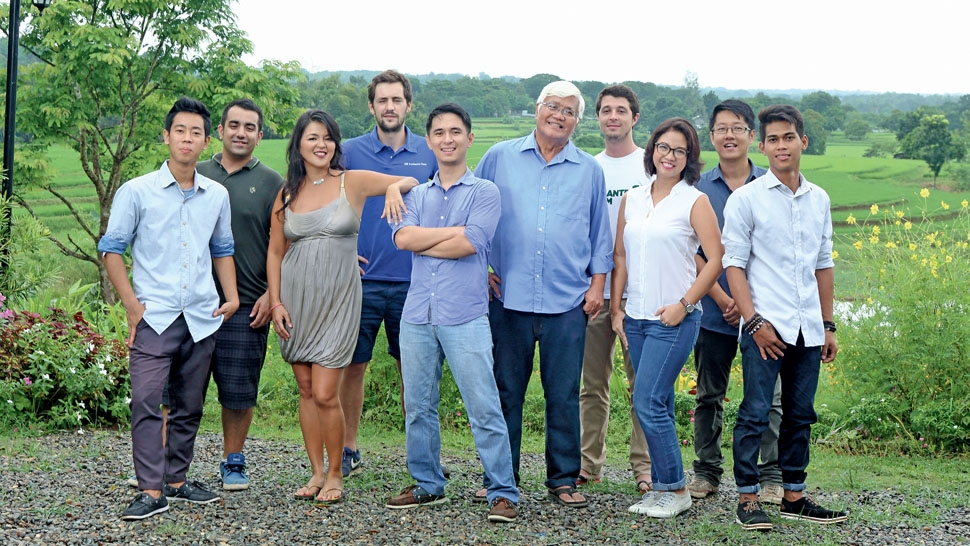 It’s difficult to believe that the 35-hectare GK Enchanted Farm in Bulacan, lush with fields of green, teeming with various crops, outlined by happy communities, and the site of a school, a spa hotel, pioneer centers, and a bamboo mansion, was once a secret fortress of armed rebels. “It’s far from what it used to be,” says Gawad Kalinga founder Tony Meloto. “And we couldn’t be prouder and more grateful. The property is in fact expanding, thanks to people who have been donating their lands for the farm and the growing communities and social enterprises that are being ‘incubated’ here. We are three things:  a farm village university, a Silicon Valley for social entrepreneurship, and a major destination for social tourism.”

As a farm village university, GK has established the School for Experiential and Entrepreneurial Development, which has partnerships with a number of business universities in Europe like HEC Paris, one of the most prestigious business schools in Europe, for internships and tie-ups. SEED was established in 2014 with the help of the Technical Education and Skills Development Authority and offers various two-year entrepreneurial courses in crop production, cookery, tourism, and agri-business, among others. Today, five years since GK Enchanted Farm was launched, there are over a dozen social enterprises rooted in the farm, which collaborated with local farmers and members of the Gawad Kalinga communities in Bulacan in producing sustainable, high-quality products such as butter and yogurt (Calaboo), peanut butter (First Harvest), livestock (FreeBirds), salted duck eggs and duck meat (GoldenDucK), plant-based beverages (Bayani Brew), artisanal chocolates (Theo & Philo), bottled and dried mushrooms (Kabutehan), makeup and skincare (Human Nature), and stuffed toys (Plush & Play), among others. Here is where underprivileged and low-income families are given the opportunity to be wealth-sharers and to have sustainable livelihoods through farming together with the entrepreneurs. Many of the founders of the social enterprises and other interested entrepreneurs have also come to call the farm their home, where they have chosen to live in dormitories or nipa huts together with local residents or foreign interns, leaving their comfortable and fancy lives in the city or abroad. The idea, they admit, does seem bizarre to many, but when people experience the farm themselves, they too begin to understand why. 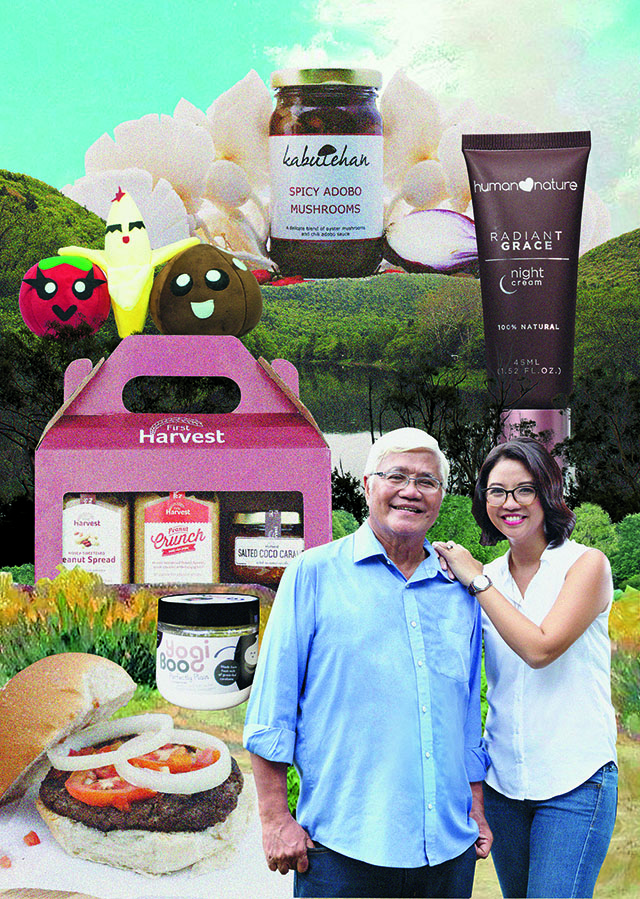 Small structures dot the narrow roads on the farm, mostly housing the production facilities of each social enterprise where visitors are welcome to explore. Who would think that a bahay kubo made of bamboo and nipa with three divisions inside is all that’s needed to produce thousands of premium organic salted duck eggs every week? There’s a small section for large drums filled with eggs buried in clay and salt and another for egg coloring. “Our eggs use turmeric as a natural coloring and 50 percent less salt than the traditional red eggs,” says GoldenDucK co-founder Alvie Benitez. “The reason traditional eggs are dyed red is to hide cracks and spots, but the more worrying part is how some of these dyes turn out to be carcinogenic. So we try to make the better, healthier option. We have hundreds of free-range ducks, which our farmers co-own.” His company has also expanded now to making organic duck burger patties and duck sisig, while teaching farmers about growing the business, money management, and ethical practices and sustainable duck breeding. “Our dream is to grow the duck industry in the Philippines to one day become a major force in the meat market,” adds Alvie.

The peanut butter facility of First Harvest looks more streamlined and industrial, with shiny machinery grinding and churning out chunky peanut butter into bottles. The story behind the First Harvest began like most social enterprises here. Founders Catherine and Tajen Sui visited the farm and met some women residents who served them homemade peanut butter sandwiches one afternoon. From there, the idea of collaborating with these women to make premium, honey-sweetened peanut butter came to fruition and they soon quit their corporate jobs. Now their products are sold at major supermarkets around the country.

Many of the social entrepreneurs started young. There’s Billy Santos of Kabutehan, who began as a volunteer at the farm, right after graduating from college while teaching at his alma mater, Ateneo de Manila University. “Over the course of the year, I realized that I wanted to be out of the classroom, so I quit my teaching stint and decided to join the building of the GK Enchanted Farm,” he recalls. “This decision was met with disapproval of family and friends, most of them saying we can help out without getting too involved. It was not a normal path for a college graduate to start building a farm.’ It was then that I realized how alone our farmers are and how big the agricultural problem is, primarily because of this culture that belittles the role of farmers in our society.” Eventually, Billy was able to start his own enterprise that helps create more opportunities for farmers and aims to create better agricultural industries. “One industry we identified to have good potential is the mushroom industry, thus Kabutehan was born.” 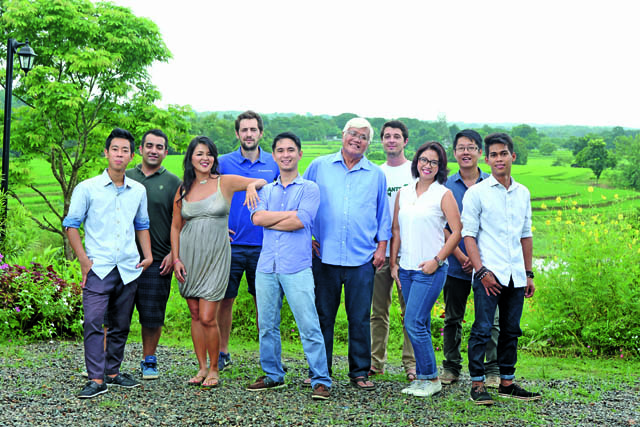 Some interns from business schools in France have also chosen to stay after completing their programs, putting up their own enterprises here, like Louis Faure who studied at HEC Paris and took two gap years to work on developing FreeBirds, which raises organic pasture chickens. Today, he manages a one-hectare animal farm at GK. Fabien Courteille is another French national who fell in love with the concept of the farm and decided to stay and establish Plush & Play, which manufactures stuffed toys that give back to the community. The enterprise now employs women sewers who were previously working for long hours at minimum wage and were retrenched from a garment factory.

There are more international students who live on the farm as interns than locals, shares Toy Meoloto, and “it’s a good thing now because that somewhat helps more Filipinos take notice. Look, here are all the foreigners seeing great possibilities for the Filipinos and the Philippines, come out here and see how you too can change your life and others’ lives.” Many of the farm residents who are social entrepreneurs are part of the GK Enchanted Farm management, tasked to help expand its platform and “raise the number of global entrepreneurs by reclaiming natural resources and human capital,” says Calaboo founder Maria Cavasora. “Like all the enterprises here, Calaboo is not just about selling and marketing exciting products such as premium butter and cheese, but how we work with small-hold farmers and directly and instantly impact their lives. That keeps everyone here motivated and inspired.”

The fourth Social Business Summit will be held from January 20 to 22, 2017, at the GK Enchanted Farm, Barangay Encanto, Angat, Bulacan. The three-day event will feature workshops on building empowered communities and discovering your own social enterprise, talks by inspiring social enterprise founders, immersions, and more. For inquiries, e-mail [email protected] 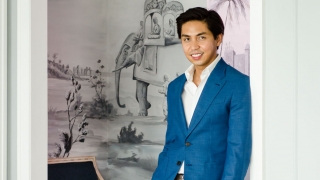 The Impeccable Taste of Blue Carreon: From Dream Dinner Guests To His Most Treasured Possesion 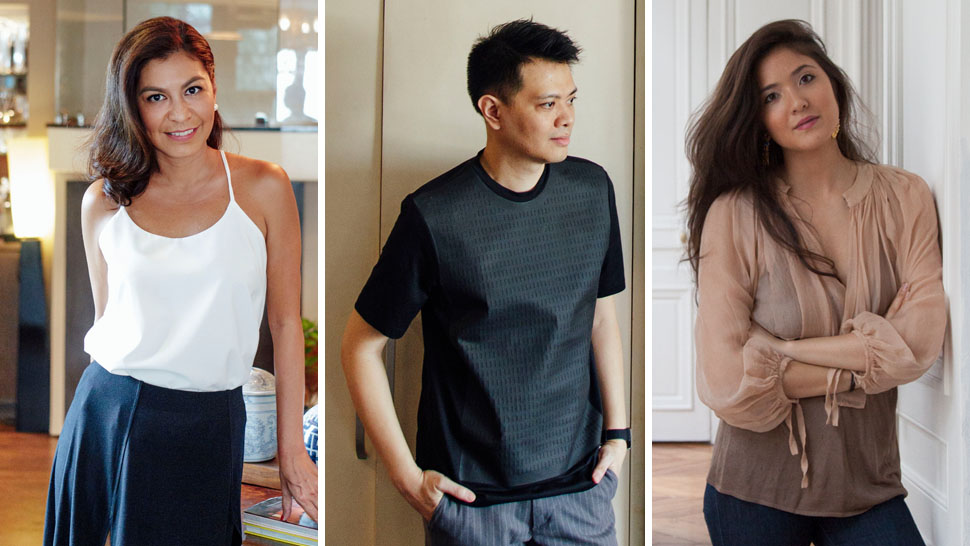