The Incredible Things That Happen When Ultra Wealthy People Gather to Give: Inside A Charity Auction

Hong Kong's most generous givers gathered to give back to the Philippines' poorest families who are living on less than 50 U.S. cents a day. 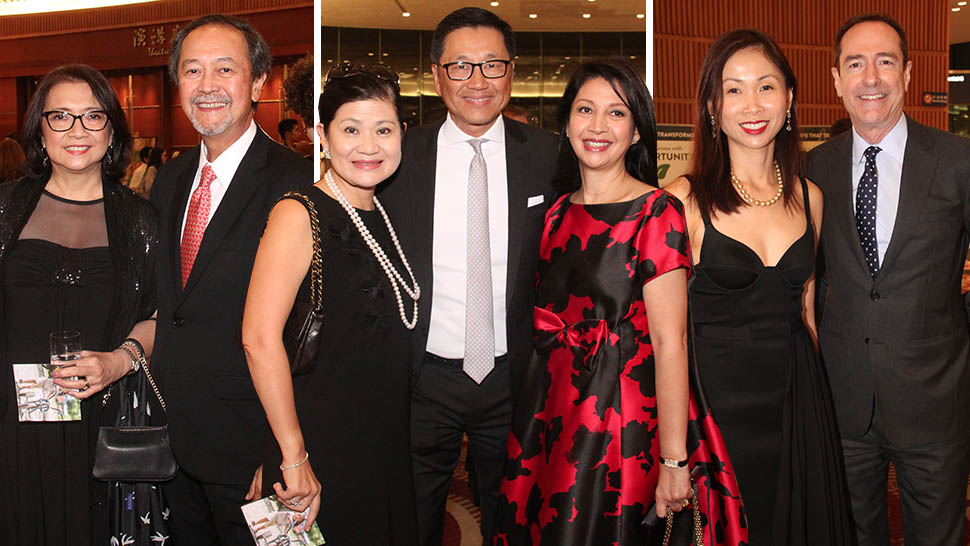 Over 600 guests filled the vast banquet hall of the Hong Kong Convention Center for the annual Hong Kong gala hosted by International Care Ministries (ICM). Facing this sea of high-net-worth individuals were three beautiful girls, Jane, Nica, and Rizzel, each one from one of the Philippines’ poorest families, the demographic that ICM is committed to uplifting.

For the past 25 years, ICM has been quietly transforming the lives of hundreds of thousands of Filipinos, with projects that range from learning programs, relationship building within the family and community to medical missions and livelihood and savings curriculums 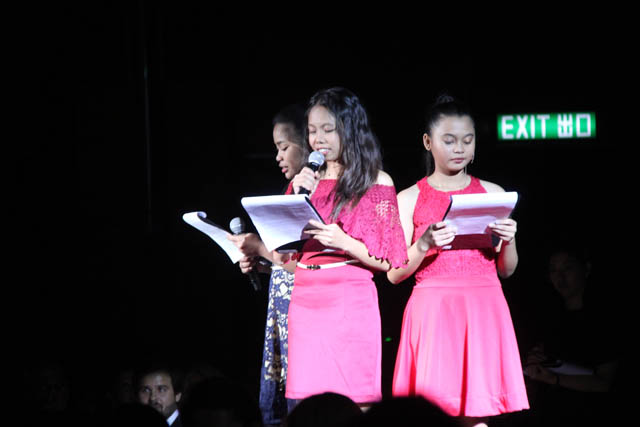 Our hosts for the night Jane, Nica, and Rizzel

Who Need It Most

ICM chairman David Sutherland relayed impactful statistics— from the average daily income of families ($0.50 or P26) to the number of families in the Philippines (a whopping seven million). Beyond these numbers, however, we were introduced to the very people whose lives ICM has worked so hard to transform. 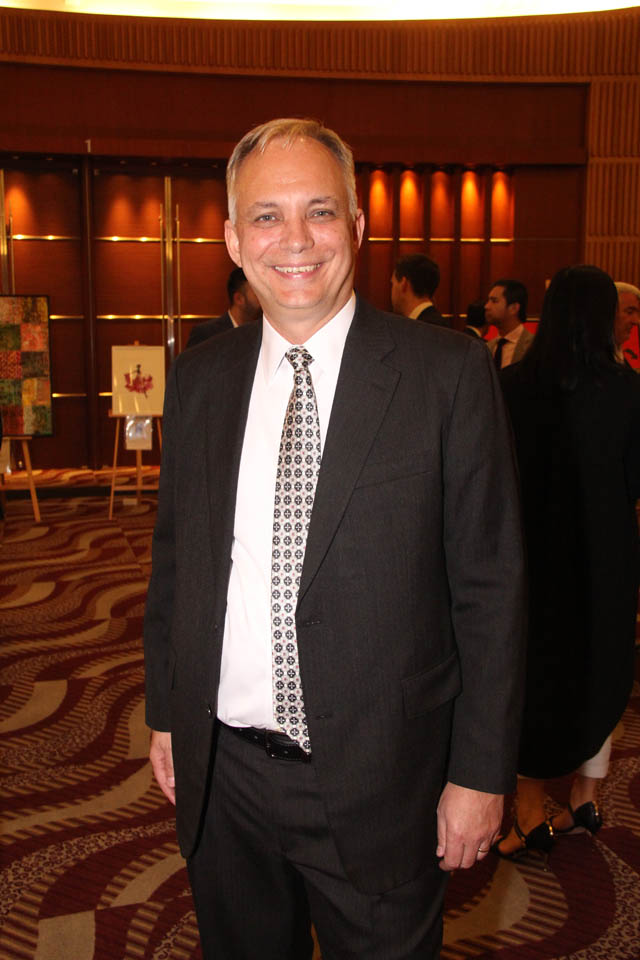 From the mountainous villages of General Santos in Mindanao was Diana, whose family runs a small banana farm. The family of six earns $80 (P4,215) for every batch of bananas the farm yields, and this happens only three times a year.

Then there was 11th-grader Marvin who hails from a farming village where his father tills a sugar cane field. Marvin’s mother fell ill when Marvin was only 12, and they took out loans to pay for her medical bills. A decade after her death, Marvin’s father is still working to pay off those loans.

Another was , who lives with her extended family in a fishing village by the seashore. While the family lives close to a body of water, they still spend about 10 of their income buying water that’s safe for drinking, washing, and daily hygiene.

These are just some of the extreme cases of poverty that the night’s event hoped to transform. 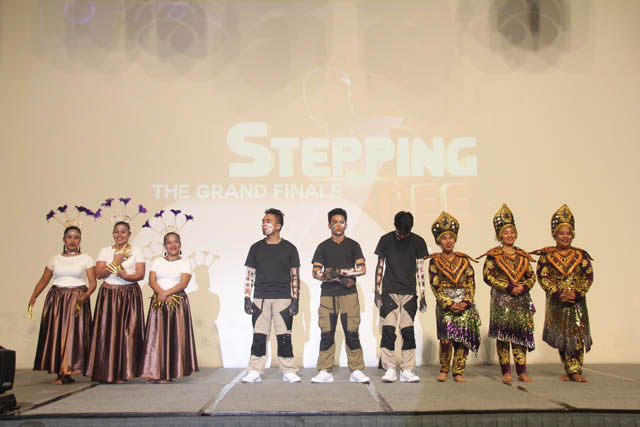 Members of ICM communities formed dance groups called Coco Mommas, Sugar Cane Warriors, and River Dance Queens. Each group prepared a dance number for the night and guests were encouraged to vote for their favorite group. 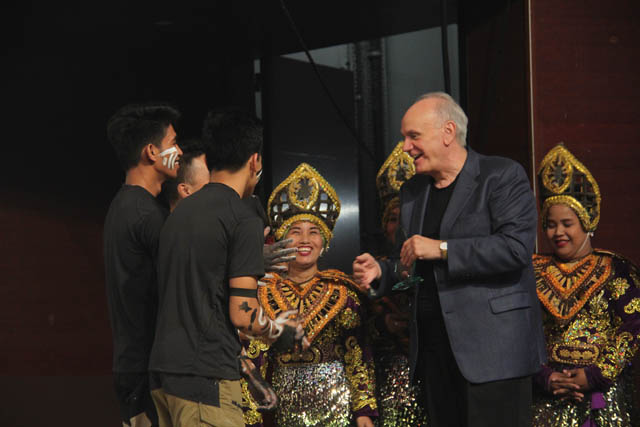 A Moment of Giving

The night’s program was divided into three main parts: the silent auction, the live auction, and the Moment of Giving. The silent auction, which was interspersed throughout the three-course dinner, featured a wide variety of donated lots: luxury vacations at Lake Tahoe, a seven-night yoga retreat near Toulouse, France, exquisite works by artists like Ramon Orlina, fine from foreign and Filipino designers like Ana Rocha. (Rocha, who was seated at our table, expressed her amazement at the fact that she had no clue that these efforts were ongoing in her own province of Bacolod). A number of the donors of these items were present for the occasion. 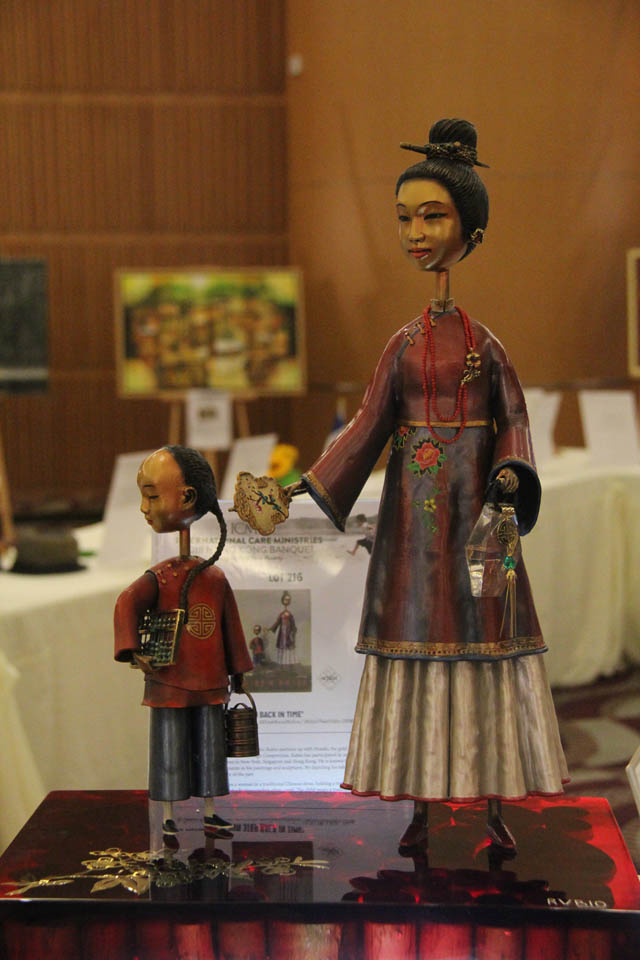 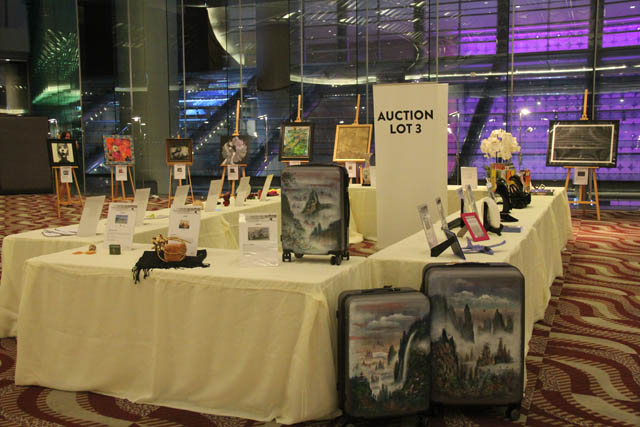 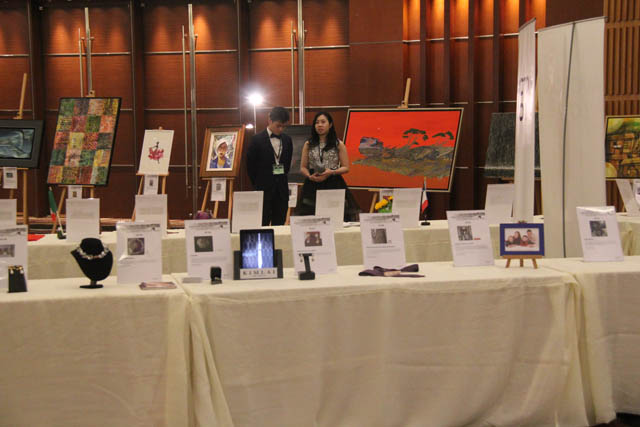 Some of the donated lots on display outside the banquet hall

A live list of the lots was projected on two large screens, and before you could even blink, the item was marked sold with the name of the winning bidder next to it. The spending power in the room was incredible. Hong Kong givers accounted for 44 of ICM’s total cash donations from 2017 to 2018.

Although the charity undoubtedly banked on the sale of the items during the silent auction, it was the live auction that caught everyone’s attention. The main event was hosted by the charismatic and entertaining Joff van , South Africa’s “most experienced, competent, and entertaining auctioneer” as the official pamphlet read, and we completely agreed. Van Reenan has hosted countless auctions for the likes of Bill Clinton, the United Nations World Health Organization, and had even once auctioned a dinner date with Prince Harry.

Up for grabs during this portion was a dinner for 12 with Philippine Vice President Leni Robredo catered by Margarita Forés, which went on to sell for HK$150,000; a six-night stay at a ski lounge in Niseko for 10 complete with ski classes taught by Andrzej Bargiel, who completed the first ever descent of K2, the second highest mountain in the world; lastly, there was the chance to own a piece of history—a lithograph of the imprint of Nelson Mandela’s left hand, surrounded by imprints of children affected by HIV, and signed by the South African hero himself.

Astonishingly, the bids did not end that night. Two more guests came up to ICM volunteers after the program and asked if they could purchase a dinner with Robredo by matching the winning price as well.

During the Moment of Giving, there were no items or experiences on offer. It was merely the opportunity to donate an amount to change peoples' lives. Van started with the first increment—HK$800,000 for the chance to transform 10,000 lives. A bid card went up in the air. A round of applause filled the room.

This continued until the last increment of HK$8,000 for the chance to transform 100 lives, and during that last round, over 200 people in the room raised their bid cards. 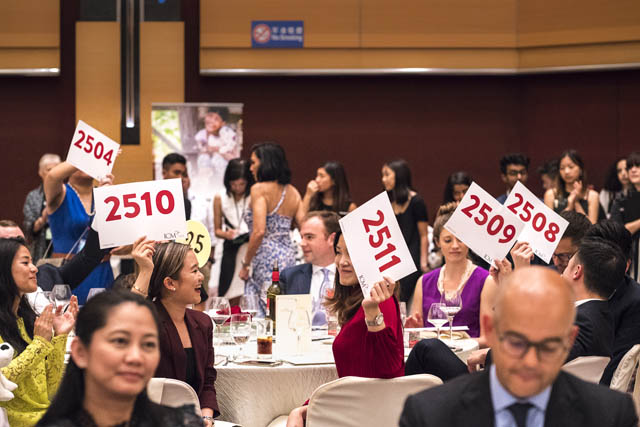 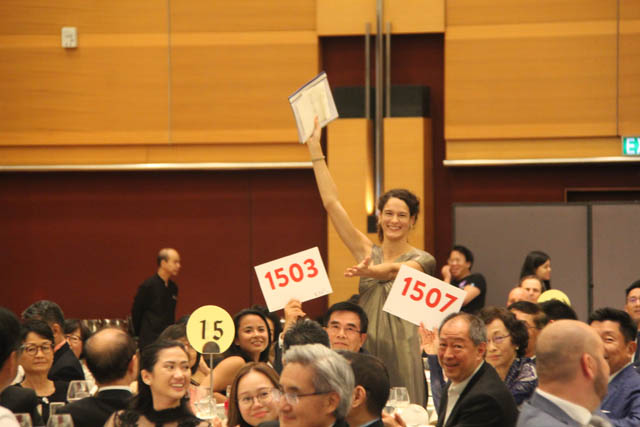 Bid cards up during the Moment of Giving

Though the night ran later than expected, no one complained as everyone was fueled with both excitement and hope.

Later that evening, our gracious host and former Town&Country cover girl Daphne Ceniza Kuok confirmed that ICM had broken its previous records with the total amount collected that night.

That single event managed to raise $2,028,760 million, or an estimated P107 million. Reaching this number was a feat for the organization, considering the gala was even down by 10 tables from a few years back.

"It is God who enables," the end of the ICM message read.

To learn more about ICM, its programs, and how to donate, visit caremin.com. 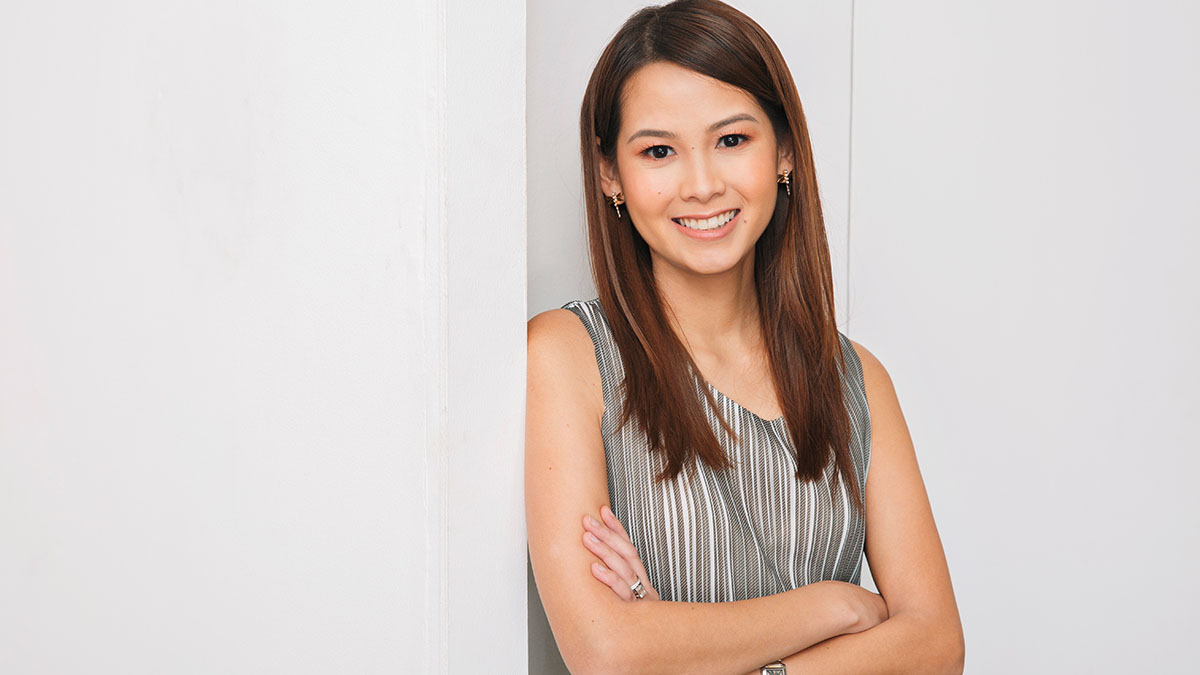 Cecile Dominguez-Yujuico: How To Build a Career Around What You Love Best 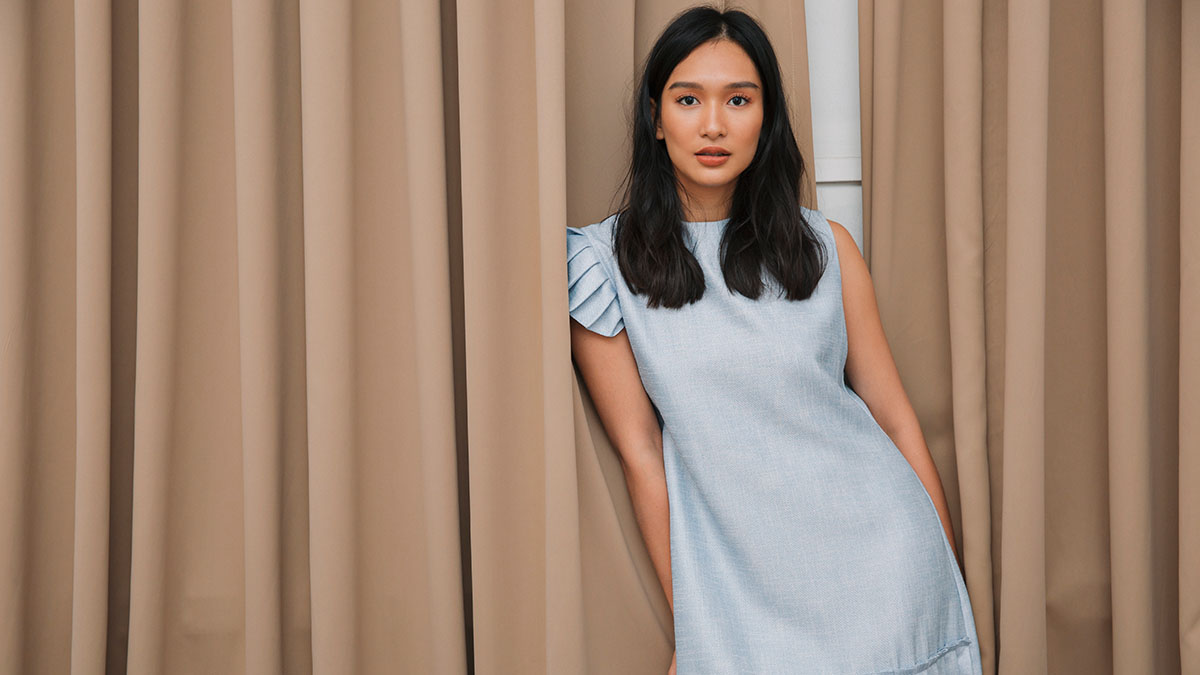