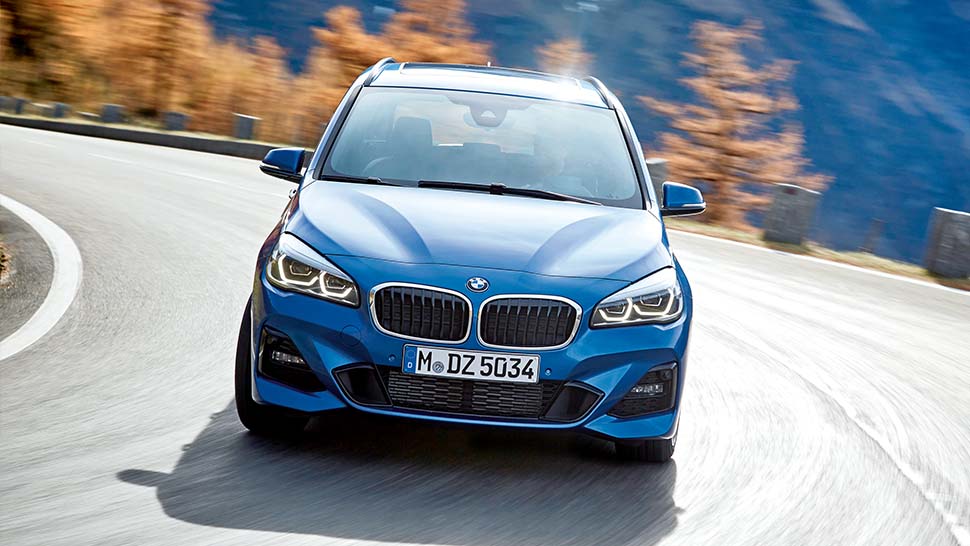 Long-time fans of BMW could hardly believe it when in 2014, the German carmaker did what many thought it would never do: release a front-wheel drive car. Despite the purists’ concerns, the front-engined, front wheel drive 2 Series Active Tourer was a smashing success. So perhaps with that in mind, BMW thought it would ruffle some feathers all over again. Enter the 2 Series Gran Tourer. 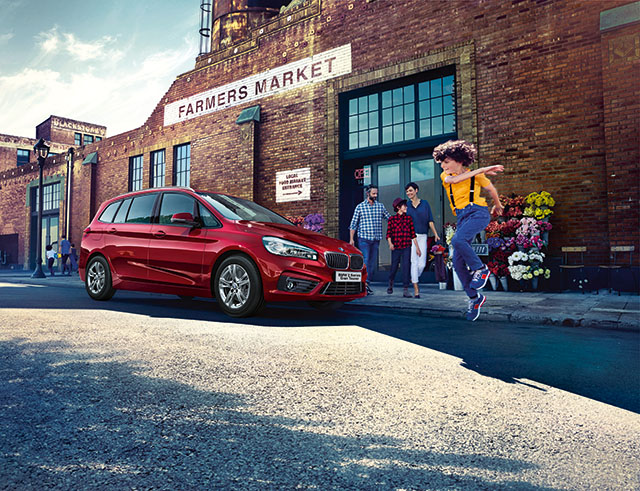 Arriving in car showrooms here late last year, the Gran Tourer appeared quite similar to the Active Tourer at first glance, and by that we mean the front. The familiar kidney grille was there to reassure us. A tweak in the headlights, as the signature round “angel eyes” had changed into a hexagonal shape, further piqued our interest. The aggressively sloping windshield was the biggest departure from traditional BMW sedans, second only to the short hood and front wheel overhang we’re not used to seeing from the marque.

Following the car’s lines to the back, though, BMW moved into blasphemous territory—it had seemingly built, and I’m almost afraid to use this word, a minivan. This being BMW, of course, calling it as such would be a gross oversimplification. The proper term we are told is compact multi-purpose vehicle. “The first of its kind in the luxury segment,” according to Maricar Parco, president of Asian Carmakers Corporation, distributor of BMW in the Philippines. 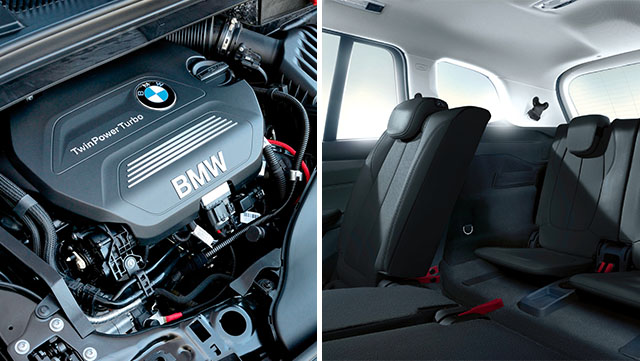 At 214mm longer and 53mm higher than the Active Tourer, the Gran Tourer offers generous cargo space in the boot, while allowing up to seven people to sit in comfort. Thanks to the car’s long wheelbase of 2.78 meters, passenger legroom is maximized. For the first and second row seats, legroom is comparable to models high up in the BMW range.

The Gran Tourer, though, offers an amount of flexibility you won’t find in other cars in the stable. The seats can slide back and forth, with the backrest, divided into three sections, capable of being folded down in a number of configurations. The third row of seats can be completely hidden away the car floor, maximizing cargo-loading capacity—up to 1,820 liters of space. When the rearmost seats are in place, they are wide enough to fit three children or two adults. 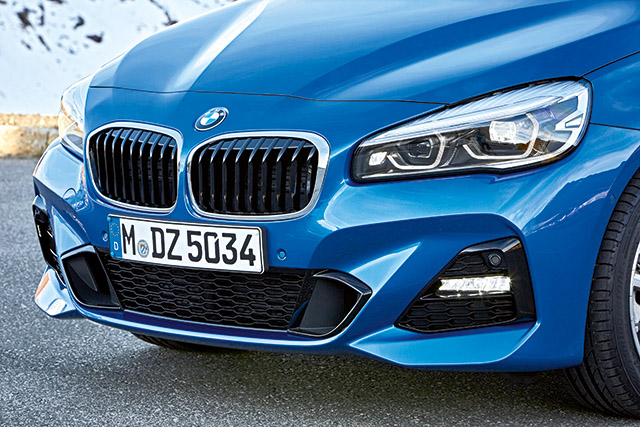 Replacing the familiar “angel eyes” are a new set of hexagon-shaped headlights.

Further highlighting BMW’s desire for practicality and functionality, fold-out tables, similar to those on an airplane, are found on the front seat backrests. If you need additional room for a longer load (up to 2.6 meters), the front seat can also be folded down. While added space is the most obvious effect of the rear roof’s higher lines (compared to the Active Tourer), it also contributes to ensuring better visibility for the driver.

In the Philippines, the Gran Tourer is available as the 218i variant, ideal for those seeking BMW’s promise of “sheer driving pleasure” while being equally concerned with efficiency. That’s exactly what you get with the three-cylinder engine that delivers 136 hp with a peak torque of 220 Nm. Equipped with a six-speed automatic gearbox, the Gran Tourer effortlessly reaches a speed of 100 kph in 9.8 seconds. It’s no sports car, but remember, this was designed to seat seven. That being said, three driving options are available to suit the day’s driving condition or personal preference: Eco Pro, Sport, and Comfort.

The 218i variant is ideal for those seeking BMW’s promise of “sheer driving pleasure” while being equally concerned with efficiency.

These options are accessible through the Driving Experience Control switch on the center console; along with the trusty iDrive, the controls are as easy to use as ever. As you make your choice, the suspension system is automatically adjusted. For spirited driving through twisty bends, Sport is the preferred option, as the suspension is tightened up, allowing you tackle curves with minimal body roll. On city roads, Comfort mode is king. bmw.com.ph.