Anthony Bourdain was spot on praising our local cuisine. 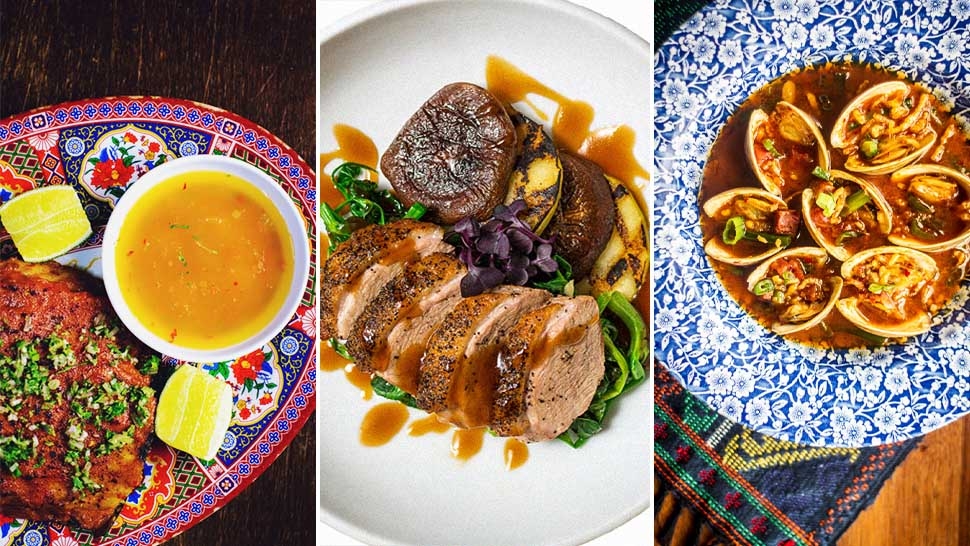 Back in the '90s, Romy Dorotan's and Amy Besa's Cendrillon in Manhattan's SoHo district was one of the pioneer establishments that got the New York Times and other publications raving over the goodness of Filipino food. Fans followed Dorotan to hipster Brooklyn when the restaurant was recreated as Purple Yam. The owners enjoy innovating typical Filipino cuisine by reimagining the use of each ingredient, adding other Asian touches or substituting traditional flavors with something new.

The older, more mature brother of Maharlika, one visits Jeepney for a light meal of small plates and cocktails with cute, Filipino culture-inspired names like Juice Mary Josep and Kita Kits. This is one NYC joint that offers both draft beer and Filipino bottles and when there’s an ice-filled bucket of your native beer on the table, it’s like you never left home at all. 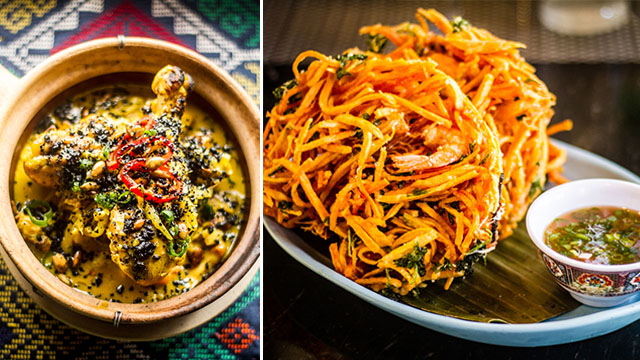 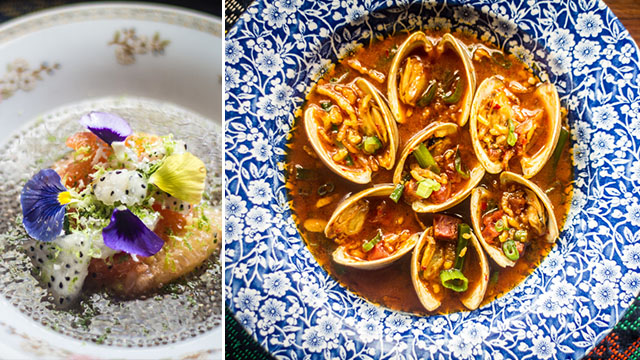 Long queues welcome you at the doors of this restaurant, which Bon Appetit awarded second place for Best New Restaurant in 2016. Westerners are amazed by the “exotic” flavors of the adobo and - available in Bad Saint’s menu, so Filipinos might have to compete to get a table here. However long the wait is, New York Times makes it clear that it’s worth it. 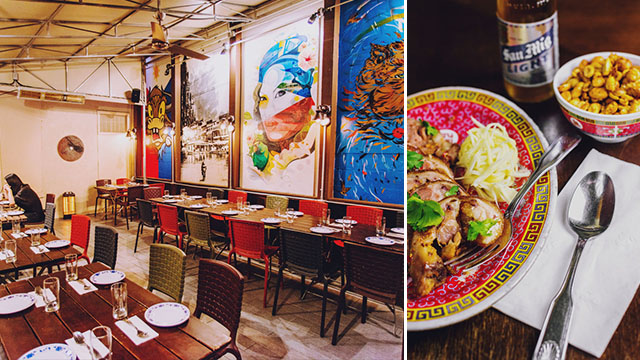 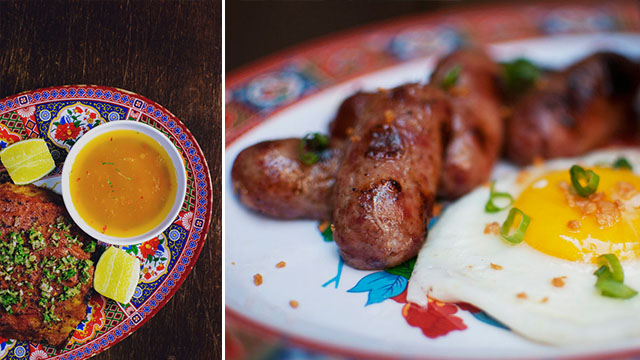 Former Top Chef contender and half-Filipina Leah Cohen was so inspired by her trips to the Philippines and Thailand that she decided to set up a business that boasts a menu of Asian street food. Wooden benches line the venue for customers to commune together over sizzling sisig, , and halo-halo, which The New Yorker compares to Momofuku’s cereal milk ice cream.

Who would have thought that the humble and lowly lumpia would be the star of this popular snack shack? Diners would drop by the and order some lumpia to-go and it would come to you in brown packets with a sweet and sour glaze topping the rolls, just as how you’d enjoy takoyaki along the streets of Tokyo. To enjoy the fare seated, a cozy space (keeping with the shack theme) is allocated for diners to munch on garlic chips, fries, or rice bowls.

Best known for its extremely photogenic $100  golden crystal donut, which reached peak popularity during the hype of 2016, Manila Social Club is a family-owned and run restaurant. It opened in 2015 and is part-owned by chef Björn Dela Cruz, who was born in Manila but raised in Indiana. Deemed a fine dining establishment, it serves simple dishes such as - and adobo but recreates these dishes with premium ingredients; the former he serves with a veloute-based sauce and the latter is made with duck instead of chicken or pork.

Filipino-American Patrice Cleary knew that Filipino cuisine was not on the map yet the year she had opened Purple Patch but she took the risk and it definitely paid off. Gourmands flock to this posh D.C. restaurant for her home-cooked dishes: Lechon , canton, escabeche, and more, while staple Filipino condiments—including the ubiquitous banana ketchup—await at the table. 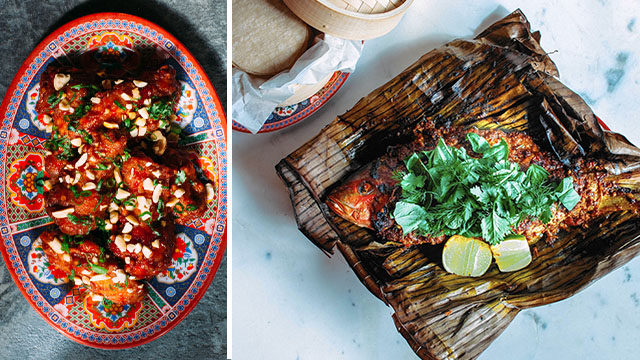 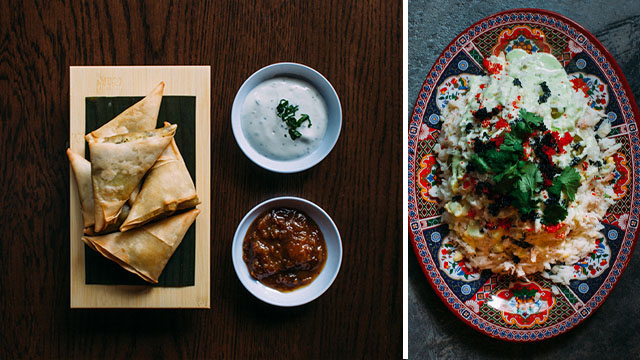 Talde does not claim to be authentic. In fact, one of its owners, second-generation Filipino immigrant Dale Talde, authored a cookbook called Asian-American, with a subhead that directly informs its readers that it contains “Proudly inauthentic recipes from the Philippines to Brooklyn.” Despite that, the neighborhood restaurant still made New York Magazine’s best of New York list a few years back. Not every dish is Filipino, there’s Korean fried chicken and crispy oyster-bacon pad thai, but each serving proudly consists of ingredients sourced throughout Brooklyn. 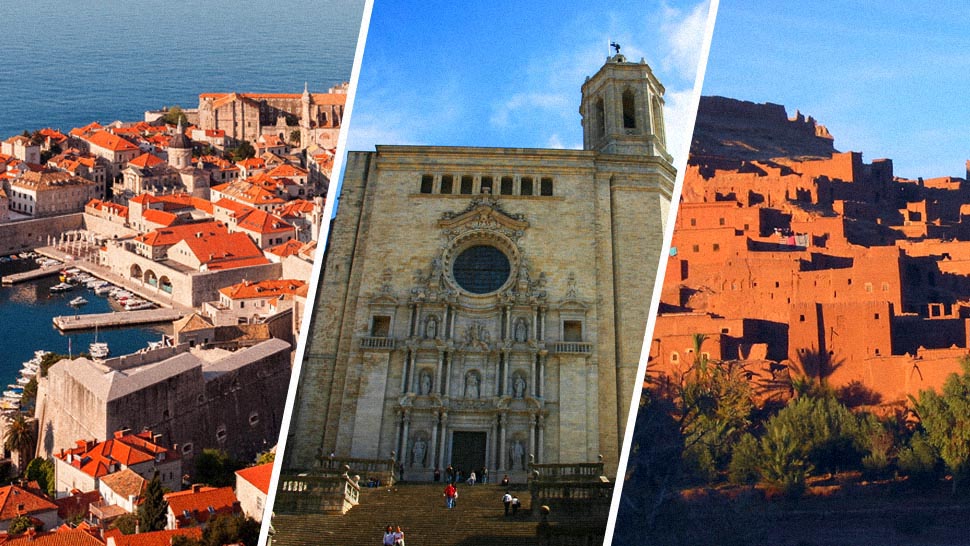 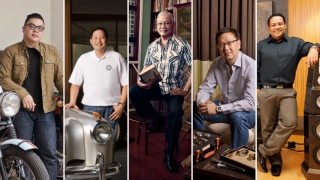