Lalique and its crystals have become a symbol of luxurious French artistry. 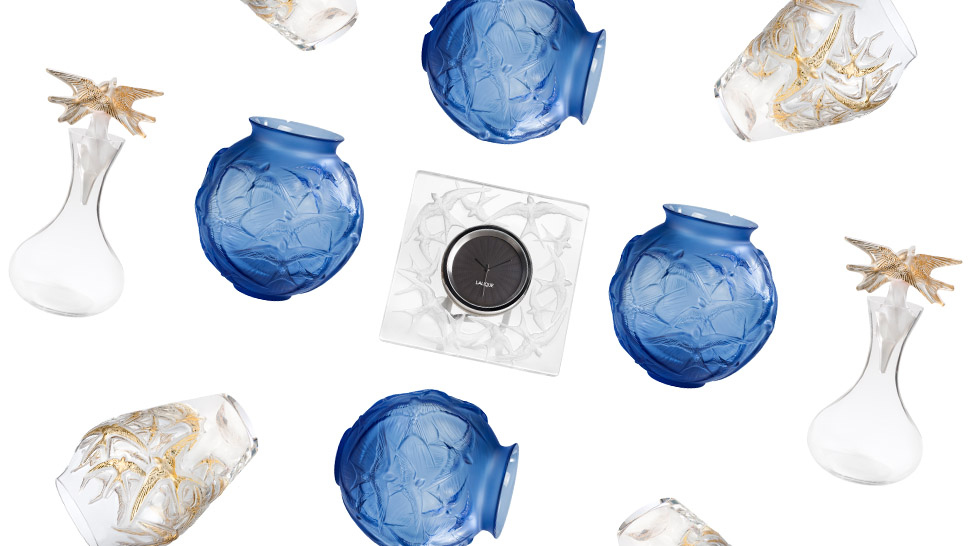 In honor of Lalique’s 130th anniversary, we’re counting down the most remarkable facts about the French glassmaker.

1. The founder of Lalique’s talent was recognized early on.

Lalique was founded in 1888 by René-Jules Lalique. He learned his craft as an apprentice to French jeweler and goldsmith Louis Aucoc, and by attending classes at the École des Arts Décoratifs in Paris. Lalique went on to pursue further studies in and became a designer for Boucheron, Cartier, Destape, Gariod, Hamelin, Jacta and many others.

2. His big break came through the 1900 Exposition Universelle.

Lalique worked hard and received numerous awards but his big break came through the 1900 Great Exhibition in Paris. There he participated and won second place in a drinking vessel-themed competition. In the same year, he was named Officer of the French Legion d'Honneur.

3. There’s only one Lalique production facility in the world.

At 45, he opened his first retail shop in Place Vendome. Not long after, the Lalique factory was built in the village of Wingen-sur-Moder in Alsace. “In the creation studio, our designers use traditional techniques such as drawing and modeling but also new technologies thanks to digitalization and 3D printing. Once at the factory, the manufacturing process begins. A single crystal piece can require up to 40 different steps.”

4. The brand was brought into the age of crystal after Lalique’s death.

5. The brand does regular collaborations with artists. 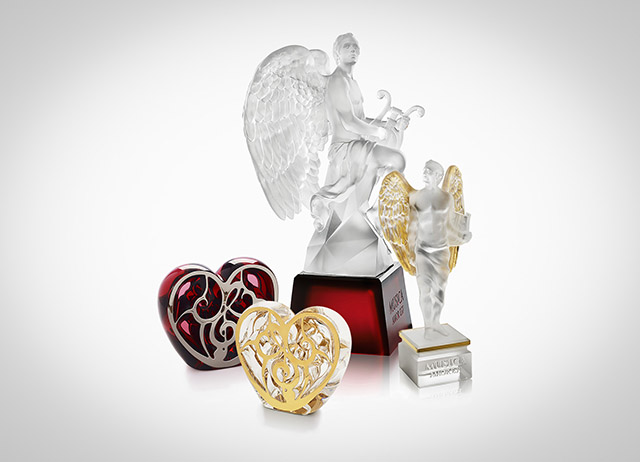 The Elton John MUSIC IS LOVE for Lalique collection

In the past, these have included Damien Hirst, Zaha Hadid, and Terry Rodgers. One of the most recognizable names in music, Elton John, collaborated with the brand for the benefit of the Elton John AIDS Foundation. The musician’s pieces were put on auction and they raised a total of $410,000, including the record-breaking sale of $290,000 for the Angel Cire Perdue sculpture.

6. Aside from fine crystal and art objects, Lalique has furniture, linens, perfumes, candles, hotels, and restaurants.

The brand’s latest venture is the hotel-restaurant Chateau Lafaurie-Peyraguey. The property dates back to the and has been redecorated by interior designers Lady Tina Green and Pietro Mingarelli. Meanwhile, the restaurant is headed by chef Jérôme and boasts a spectacular wine list that comes from the château’s extensive 350,000-bottle count wine cellar. 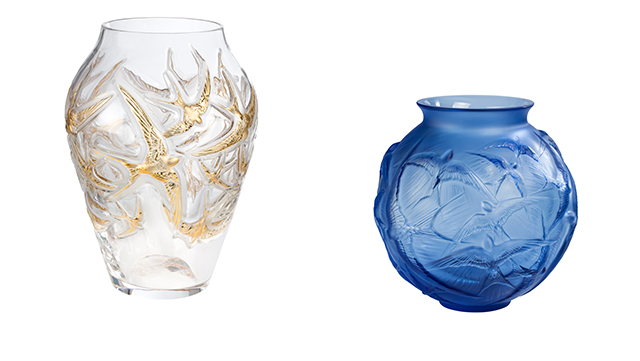 The collection harks back to René Lalique’s fondness for flora, fauna, and the female form. The glassmaker’s early work featured a lot of swallow-themed jewels and decorative objects. The swallow, a symbol of happiness and freedom, is fashioned in a satin-finish and re-polished crystal in the anniversary collection. 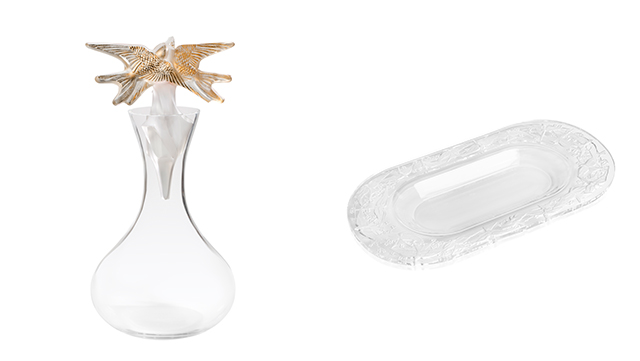 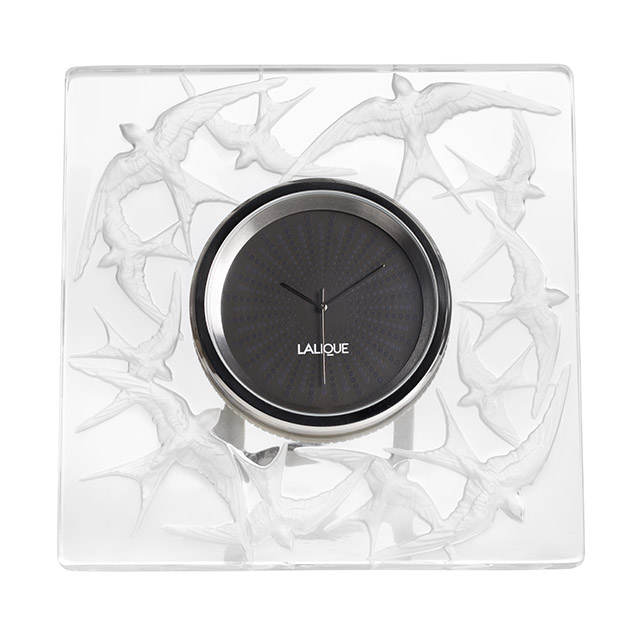 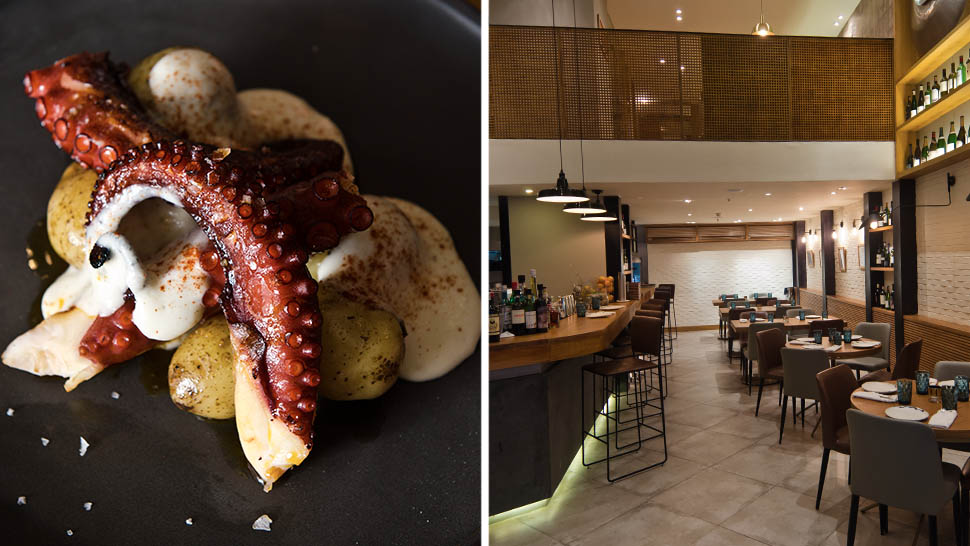 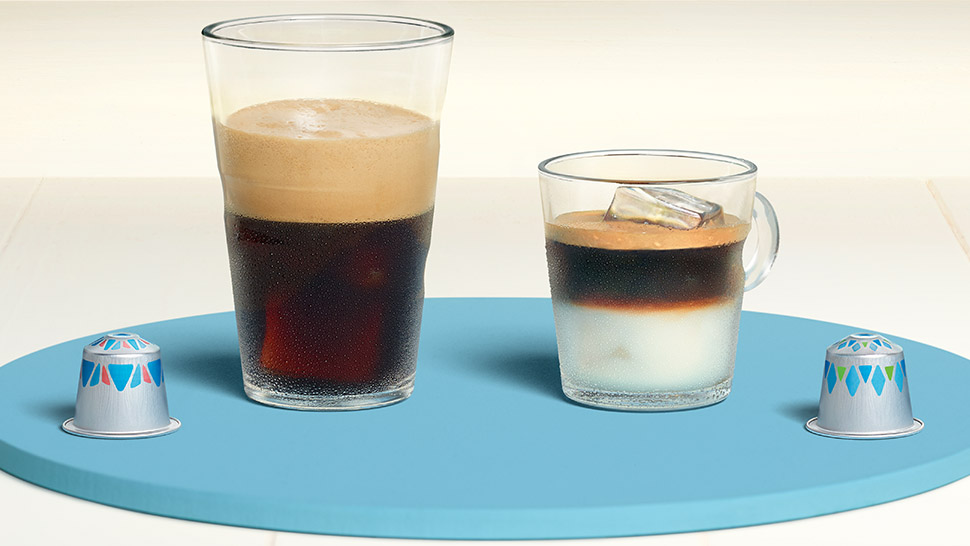 Iced or Hot? How To Make the Flavor of Your Coffee Stand Out
All Photos
Comments
View As List