Even If You Weren't Born a King, You Can Still Drink Like One 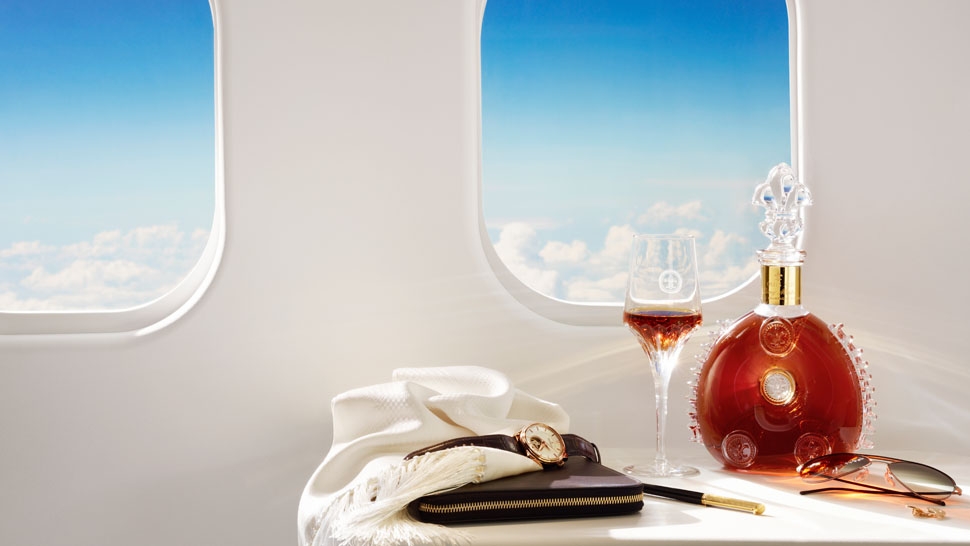 Since the establishment of Louis XIII in the late 1800s, its esteemed bottles of cognac have spread to all corners of the globe. For the past two centuries it has produced and sold some of the finest brandy in the world.

Each individual bottle created by Louis XIII takes years of planning and constant commitment for the cognac to have that famous firework effect on its drinker’s palate. The cognac begins its life as rare wine grapes, growing in the Grande Champagne vineyards in Cognac, France, before becoming a blend of 1,200 eau de vie, the youngest of which is aged for 40 years and the oldest, for a century. The blend is aged in oak barrels that are often several hundred years old. Simply put by the Louis XIII cellar master Pierrette Trichet, “It is one century in a glass.” 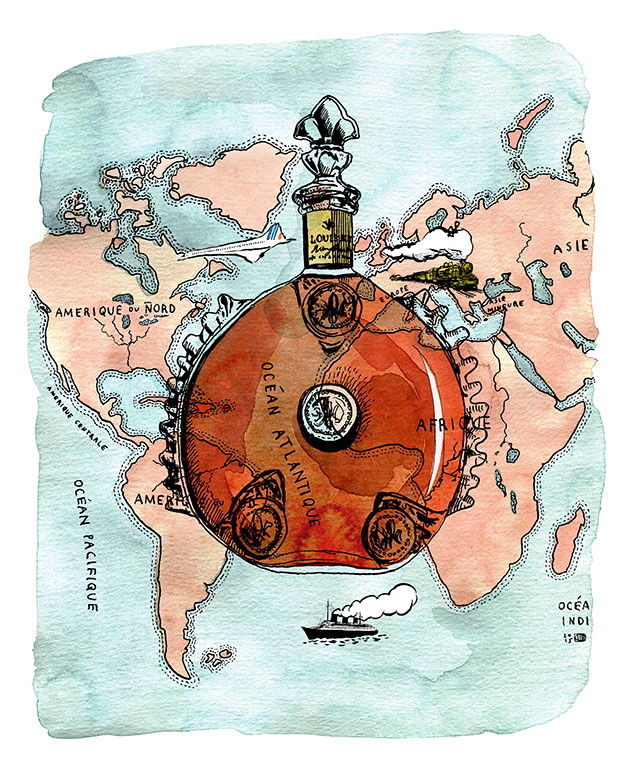 An illustration of the L’Odyssee D’un Roi bottle 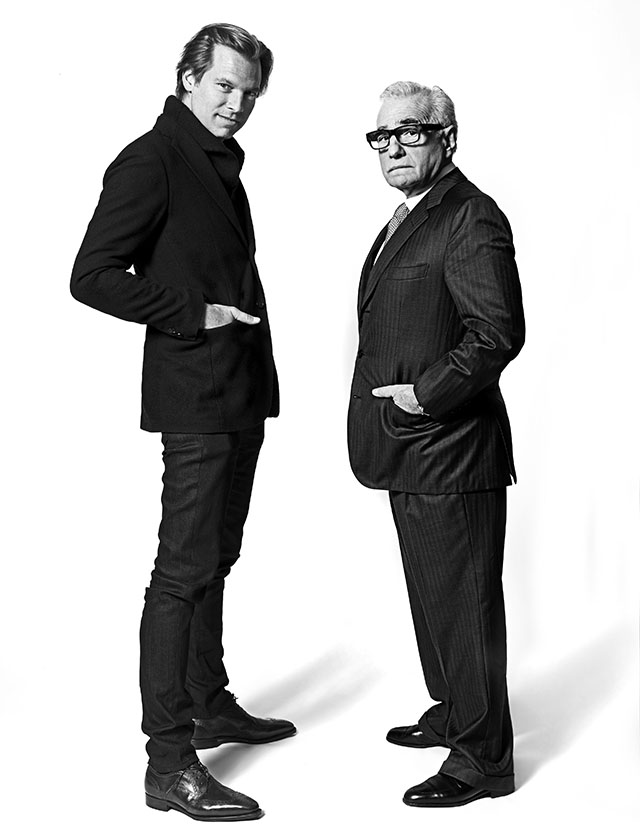 Since its founding, Louis XIII has created intricate glass bottles to complement its cognac. Some of these limited edition carafes include those made for Le Jeroboam and Rémy Martin. The most grandiose piece that Louis XIII has ever launched, however, has just been released to the public. L’Odyssee D’un Roi, An Ode to Adventure brings together three of France’s most storied luxury empires: Hermès, Puiforcat, and Saint-Louis—all of which share the same passion for rare craftsmanship and longstanding traditions. 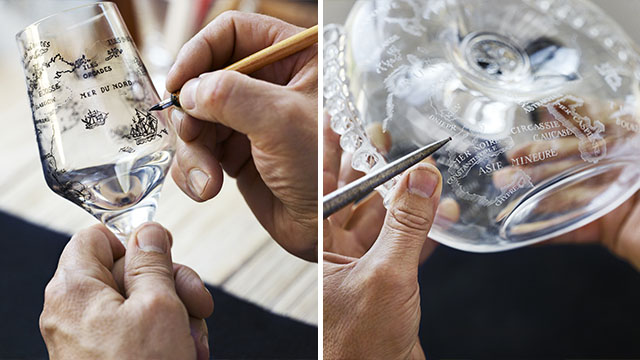 An artisan from Saint-Louis at work 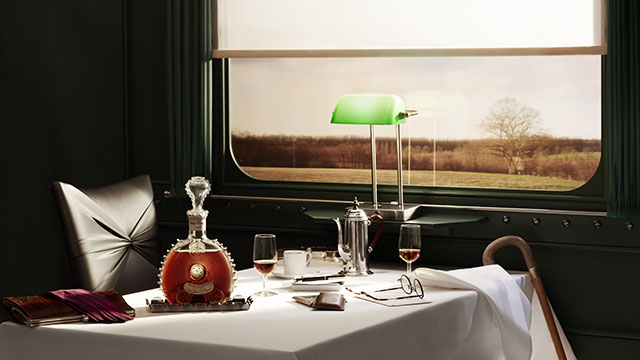 The creation of these three L’Odyssee D’un Roi bottles required more than 50 artisans who devoted over 1,000 hours for each individual piece. Each of the three bottles is unique in its design and content, inspired by the continent for which the bottle is destined. The bespoke trunk that encases the bottle was hand-stitched by Hermès using the finest leathers. Modeled after a classic steamer trunk, it evokes a bygone era of luxury travel. The white gold pipette, on the other hand, is forged by hand by the Art Deco silversmith Puiforcat. The creation of these pipettes entails decades of practice for the exquisite precision necessary for such high-quality pieces. The three sublime crystal decanters and 12 matching serving glasses were blown, cut, and engraved entirely by hand at the Cristallerie Royale Saint-Louis. louisxiii-cognac.com. 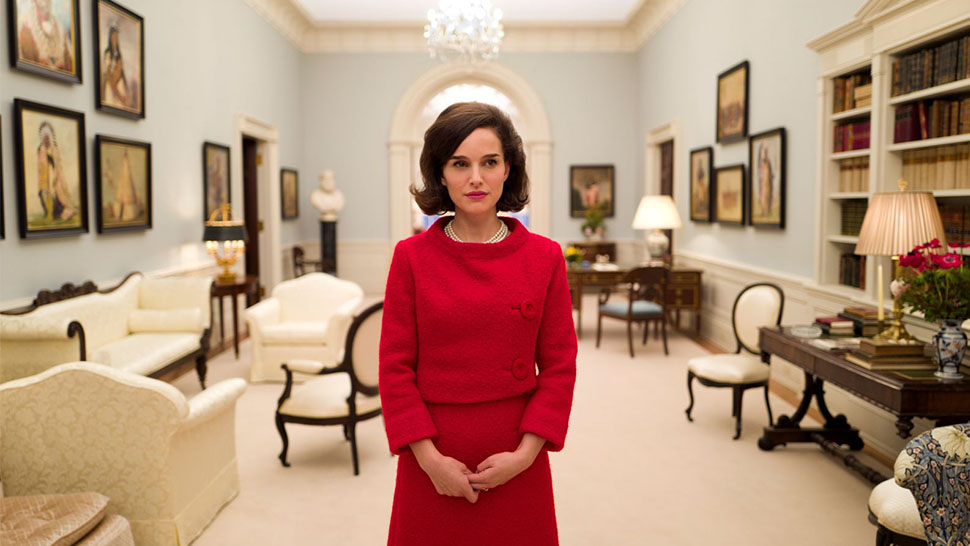 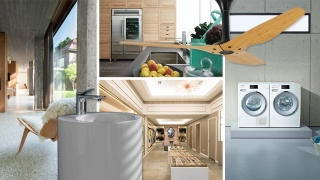