An African Safari of a Lifetime: What to Expect and How to Plan

Everything you need to know about one of the Kienle family's best travel adventures and how to organize your own. 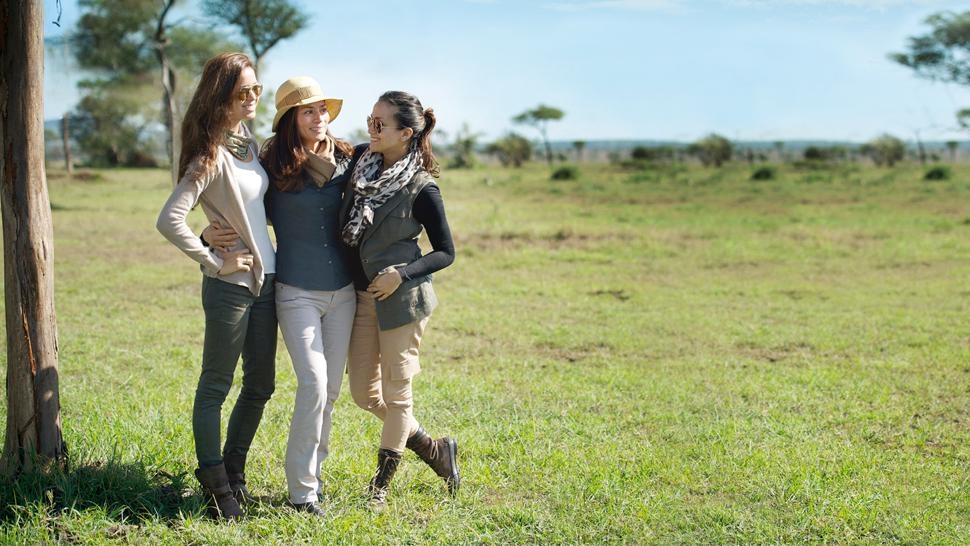 The Serengeti has come to symbolize paradise for many of its visitors, “the high noble arc of the cloudless African sky,” as the American hunter Stewart Edward White put it in 1913. The Serengeti National Park, the biggest wildlife sanctuary in the world, occupies almost half of the entire Serengeti Region, which covers 30,000 square kilometers. The plains just seemed endless, looking into the eternal, recalls Stephanie. The name Serengeti, after all, as noted in her travel guide, means "the place where the lands move forever." 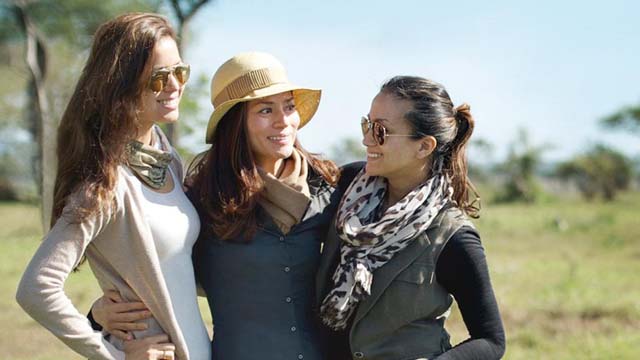 The family booked their travels through Asia to Africa Safaris, which curates customized and highly exclusive safari trips. At Grumeti Tented Camps, a luxury safari lodge where they were booked for seven days, days began at four in the morning. They wake to the whimsical interiors of their palm frond tents, punctuated by beaded curtains and mosaic surfaces that always injected a good early vibe, says Stephanie. 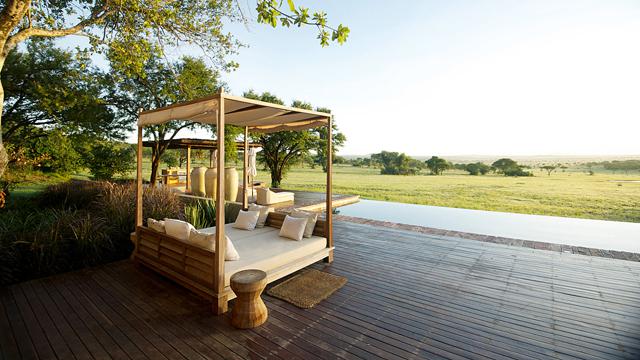 Before sunrise, over some aromatic tea, coffee, and morning biscuits, the day ahead is planned with their guide, Medard. He is a local, trained extensively by the camp to assist and lead guests through game drives and other activities.

Lions are plentiful in the park, making prides common sights on almost every morning and afternoon game drive. The Kienle ladies cannot forget the sight of a lioness feeding her cubs, a couple on the reserve’s famed Kopje rocks, and a pride moving just five feet across them—all mental snapshots worthy of a National Geographic documentary. 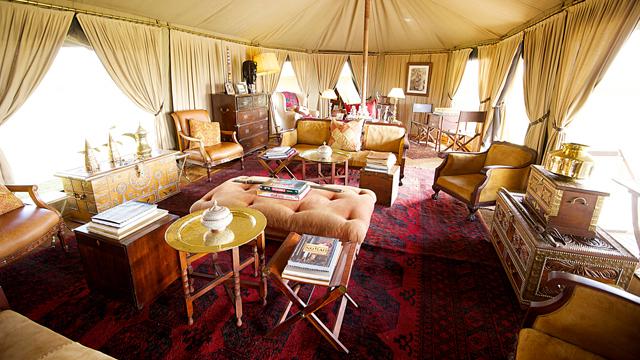 The Kienle's tent at Grumeti

Then there are the large spotted cats among the tall African grass. The family was eager to witness what their guide referred to as a kill. Find us a kill, they urged Medard excitedly. And he did, leading them to a leopard and its prey. Leopards, according to Medard, may kill their prey just for the sake of it, even when they are not hungry, thus it is common to spot lifeless gazelles or impalas hanging from deepened her experience of the continent. Rarely has she found people as beautiful and true as their motherland. 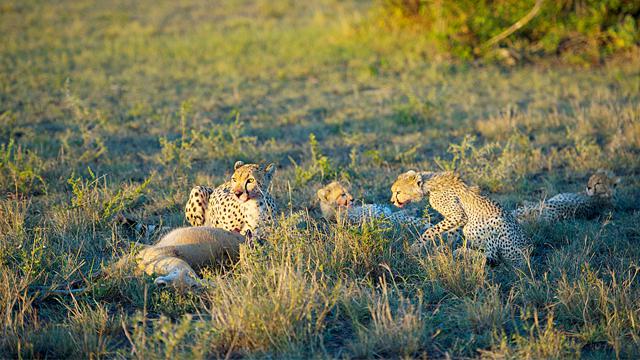 HIGH FIVE
The game drive—the conventional way of seeing landscapes and wildlife on a private open 4x4—is the method. They went on two game drives daily, one in the early morning and late afternoon, which could last between two to three hours each. While the foremost goal was to spot the famous (and well, literal) Big Five—lions, leopards, buffalos, elephants, and rhinos—in the course of the safari, every step of the journey proved to be a marvelous experience in itself, whether it was pausing for a break under the dramatic arches of umbrella trees on the savannas or navigating through rivers or lakes to catch glimpses of honey badgers and porcupines. 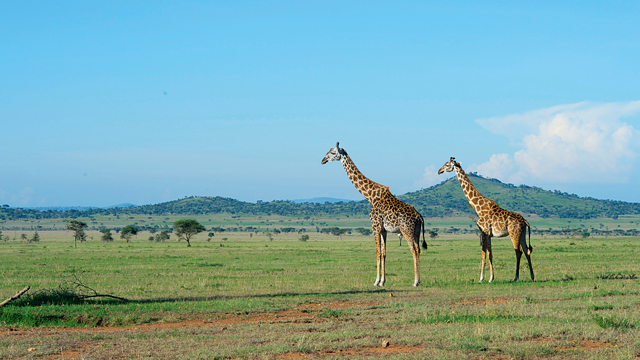 The Cape buffalo, on the other hand, was hidden in the bushes on the way back. A handy telescope gave them a better view of this horned bovid, seemingly harmless in its stance, but considered the most dangerous of the Big Five, having ambushed and attacked more people in Africa than any other predator to date.

Zelda reiterates the importance of being still inside the jeep amid close calls. No sticking out of arms. No sudden or loud noises. No night drives. No walking safaris. No off-roading. No breaking of rules. What’s great about the Serengeti, which is a private reserve, however, is that the animals, through the years, have grown accustomed to the profile of the jeep, explains stephanie. It’s no longer a threat to them, it has become part of their comfort zone. 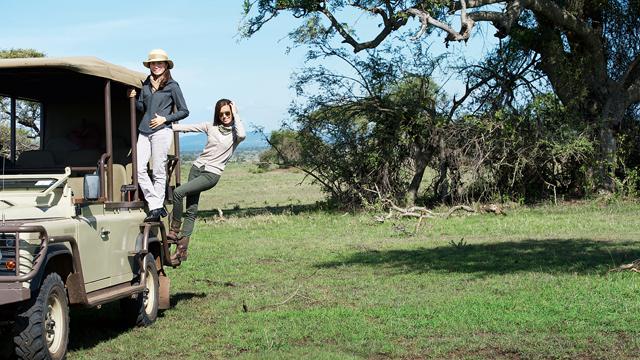 The last of the Big Five is the most difficult to spot, if not almost impossible for many travelers today—the critically endangered black rhinoceros. Poaching has significantly diminished its population, killing more than 1,000 rhinos every year for their horns, which are sold in China and Japan for medicinal and prosperity beliefs. Hidden near the swamps, as Medard points to some 100 feet away, is a pair of rhinos moving past tall grass. We completed the Big Five, they exclaim, following the animals’ progress with their telescopes. These rhinos, known to attack at the slightest human movement, stephanie relates, were flown all the way from the London Zoo to the Serengeti reserve for interbreeding. 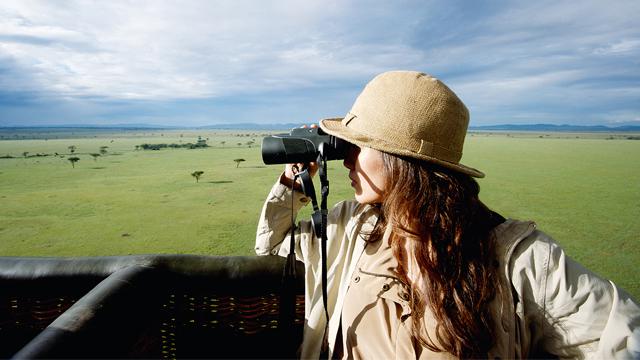 50 SHADES OF EARTH
The Kienles knew that every time they stepped out there, they were endangering their lives, but not without enriching them. It was always this truth that kept them going. In between hunting for the Big Five, they also explored the serengeti plains, observing countless primal activities and immersing in dramatic sights. The hyenas were up to speed with their stabbing teeth and meat-hooking claws. The banded mongooses, jackals and foxes, and birds of prey were killing machines as ferocious as the bigger ones. The prey, from the soft-eyed gazelles to the herbivore zebras and wildebeest disappeared into their hideaways at night, when predators roamed to hunt for food. And the baboons, the hundreds of baboons—they were incredible, trills Jessica. It felt like they were launched into the Planet of the Apes. 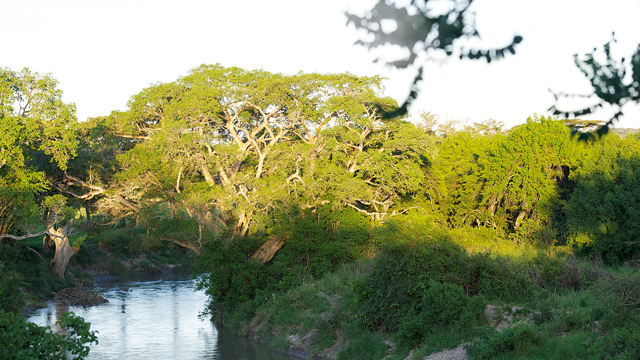 On one morning, they traded a game drive for a hot-air balloon ride. Aboard a striped balloon, they took off at dawn, rising with the sun, flying from over treetops to lower landscapes that allowed photographic takes of wildlife. At their highest ascent of 10,000 feet, they viewed the best panorama of the Serengeti. Earth hues, greens and oranges and ash all wash out to shades of brown. To see Africa both up close and up high was very personal and touching, shares then first-timer Jessica. No one returns home unchanged. 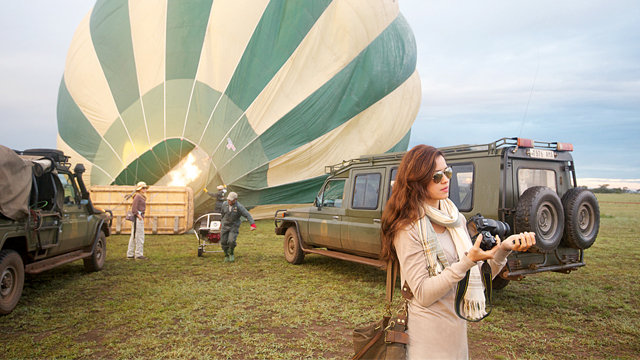 Jessica and the family take an early morning balloon ride. 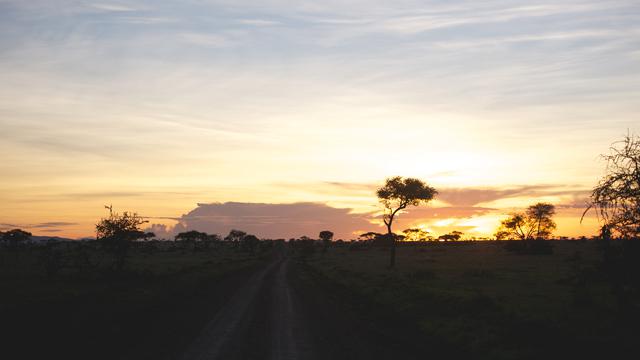 How To Get There
Asia to Africa Safaris arranges flights from major cities in Asia via Hong Kong, Singapore, Bangkok, Kuala Lumpur, or Dubai.

Visa Requirements
For Philippine passport holders, a visa is obtained upon arrival in Africa.

Packing Tips
Bring everything in a soft duffel bag; hard-side suitcases and soft-sided internal frame carry on luggage will not fi t into the compartments of small aircraft.

What To Wear
Cool and comfy casual wear for the day, layering pieces for colder evenings.

Gray, brown, or khakis are the recommended clothing colors from July to October and green from November to June so as not to alert wildlife of your presence. Camouflage clothing is prohibited.

Extra digital storage, spare camera, and batteries as these are not easily available at lodges.

Get a dose of Hepatitis A vaccine.

Best Time To Go
Exceptional wildlife viewing during the dry seasons from January to March and June to October.

Migrating wildebeest and zebra herds occur from December to June. 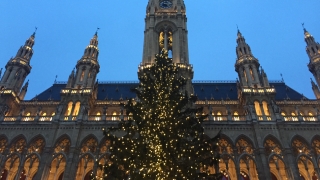 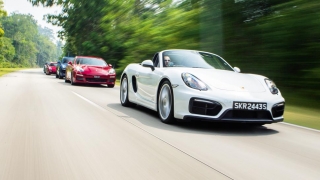