What to Do in Verona, Italy, Hometown of Romeo and Juliet 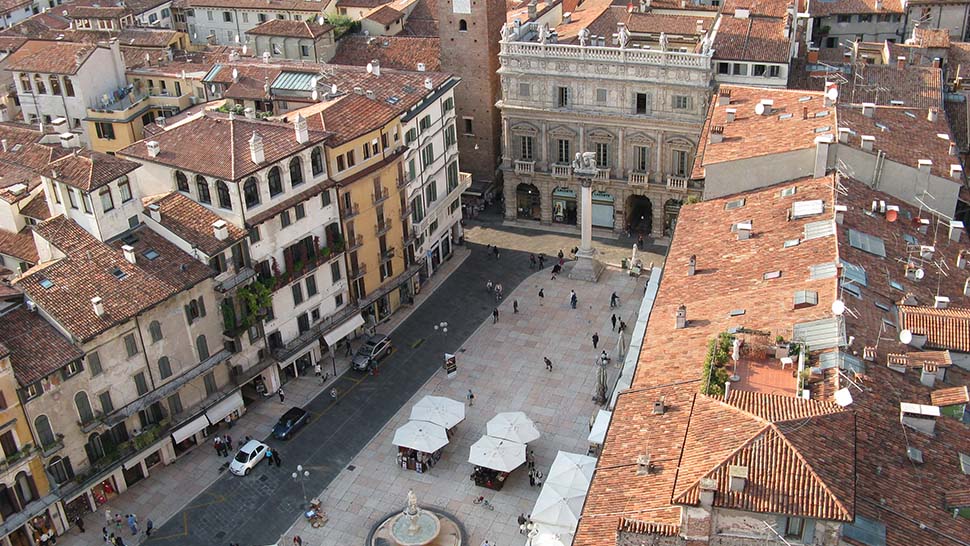 “Two households, both alike in dignity,

In fair Verona, where we lay our scene…”

These two iconic lines open what continues to be William Shakespeare’s most recognized work. While more a tale of than romance, Romeo and Juliet proved to be economically beneficial, at least, to the town of Verona, Italy, now a popular tourist destination for those wanting to visit the setting of the fictional star-crossed lovers. A great contribution, since it’s believed the bard had never even set foot in Italy, let alone Verona. 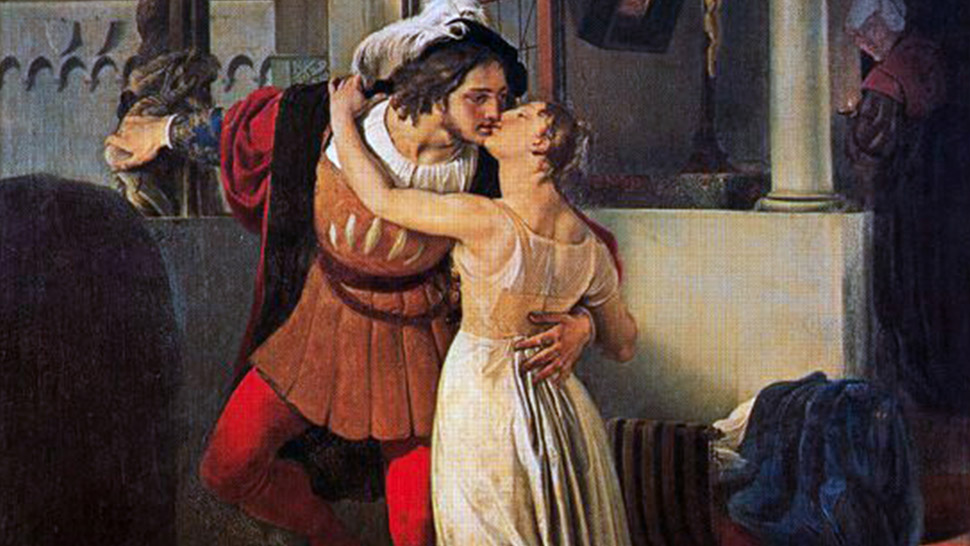 The people of Verona have used the play’s fame to their advantage and have set up monuments and tourist draws around the city. Movies and other productions inspired by the book have also contributed to the location’s popularity. Among the more prevalent ones, the 2010 film Letters to Juliet put the destination on the map once more, highlighting many tourist attractions.

A fan of the Shakespearean play? Here are the must-see sights in Shakespeare’s Verona:

Start with the essential stroll around Verona’s Piazza Erbe. 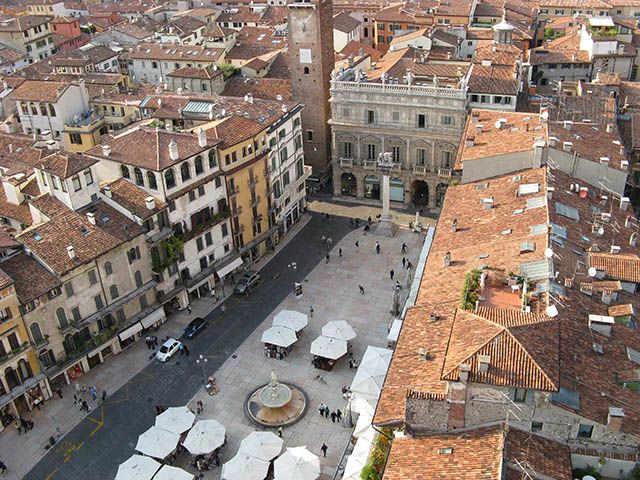 It may not necessarily be mentioned in the play but palaces, old houses, shopping centers, and markets flank this historic city center. 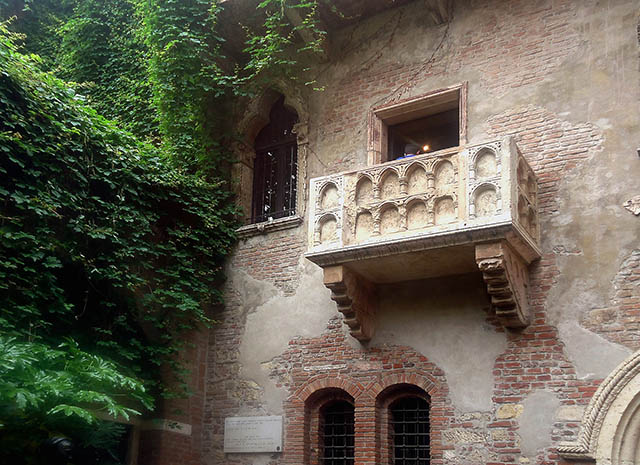 Located at Casa di Giulietta, or Juliet’s House, the perfect interpretation of Juliet’s stone balcony is found in a 13th century home. For a small price, visitors can go up to the balcony and recreate the iconic exchange between the Capulet maiden and Montague lad. However, the balcony has no connection to the Shakespearean play as it was only added to the house in the 1930s.

Below the balcony, 'Dear Juliet' letters cover the brick walls. 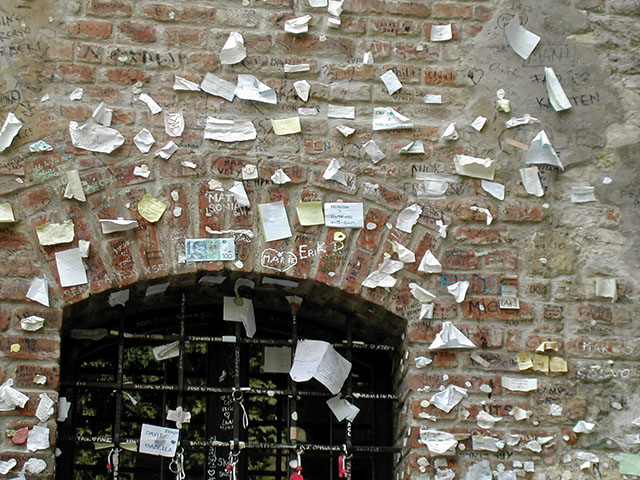 Atlas Obscura reports that the local government has been trying to stop the practice of putting notes on the wall to protect the historical home, which once belonged to the Capullo family. Before the notes, people wrote directly on the walls, leaving it covered in graffiti.

A hand on Juliet’s chest is said to bring good luck. 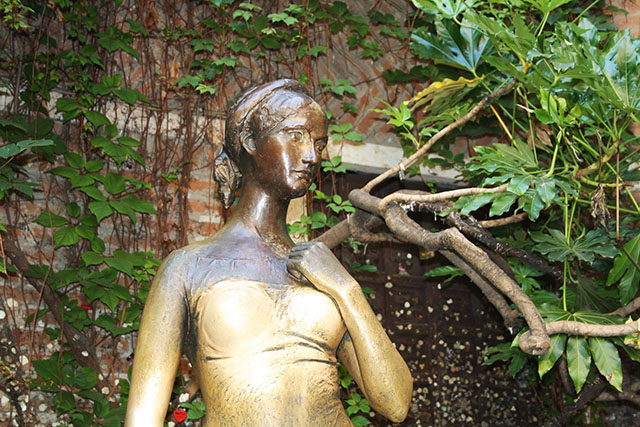 Greeting visitors is a bronze statue of Juliet. Legend tells that a hand on her left breast would bring them luck in love.

The Montagues’ house is not far away.

Nearby, “Romeo’s House” or Casa di Romeo is less visited, given that the medieval building is privately owned. Once owned by the Cagnolo-Nogarola family, the high brick walls are marked as Romeo’s with a plaque that reads, “O, where is Romeo?”

Afterward, head to the Basilica di San Zeno Maggiore, where it’s said to house the crypt where Romeo and Juliet wed.

While this is all untrue, obviously, the basilica still features a beautiful glass window in its exterior and stunning Romanesque architecture that would attract even non-Shakespeare fans.

If you’re in Verona in search for true love, legend says that lovers who meet at the Giardino Guisti petite labyrinth are destined to be together.

A post shared by Palazzo Giardino Giusti Verona (@giardinogiustiverona) on Jun 5, 2017 at 4:32am PDT

A post shared by Palazzo Giardino Giusti Verona (@giardinogiustiverona) on Jul 29, 2017 at 11:42am PDT

The historic gardens have also inspired another writer, German poet Goethe, with its lush greenery.

The former San Francesco al Corso, a 13th-century Franciscan convent, is said to be where Juliet dies in the play.

It’s popularly known as Juliet’s Grave, and even Charles Dickens went to visit, according to BBC. It’s also home to the Museum of Frescoes, which you can tick off your travel list afterward.

Located at the famous Via Capello, this charming guesthouse is situated within the courtyard of Juliet’s House. Guests get special access courtyard at night, when it’s closed to the public.

Where to Eat: Osteria Abazia

This family-run establishment is just across the Basilica di San Zeno. 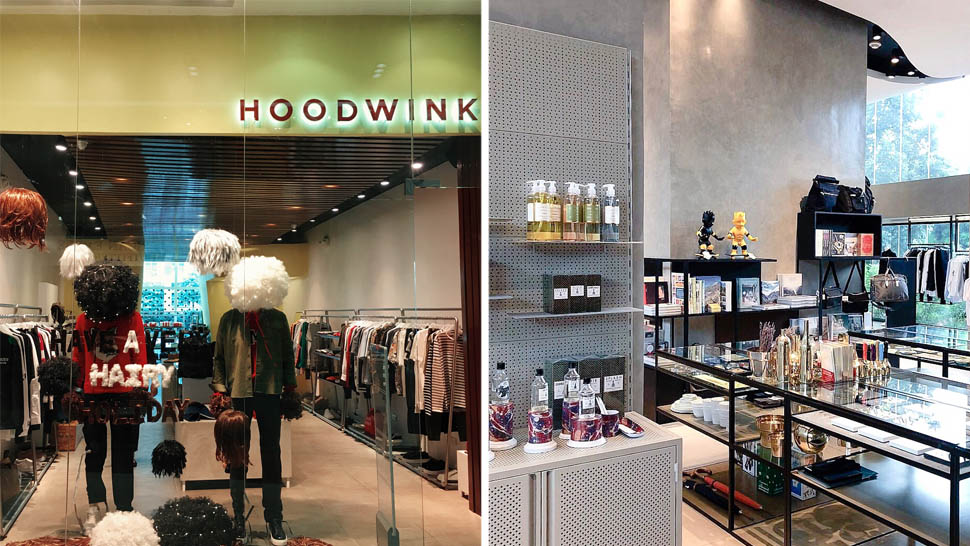 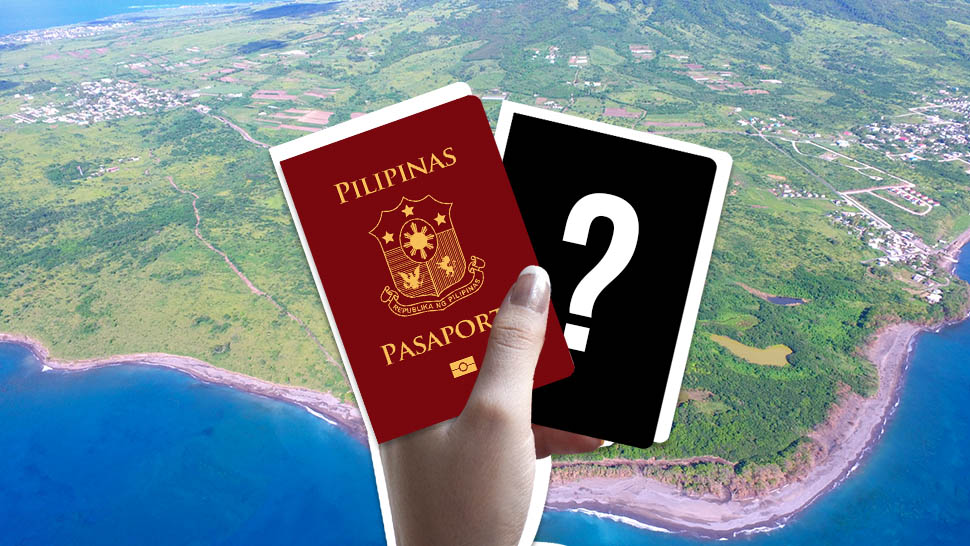