The 1,000-year-old pilgrimage-on Spain's oldest trail-draws thousands of people annually to the cathedral where the remains of St. James the Apostle are buried. 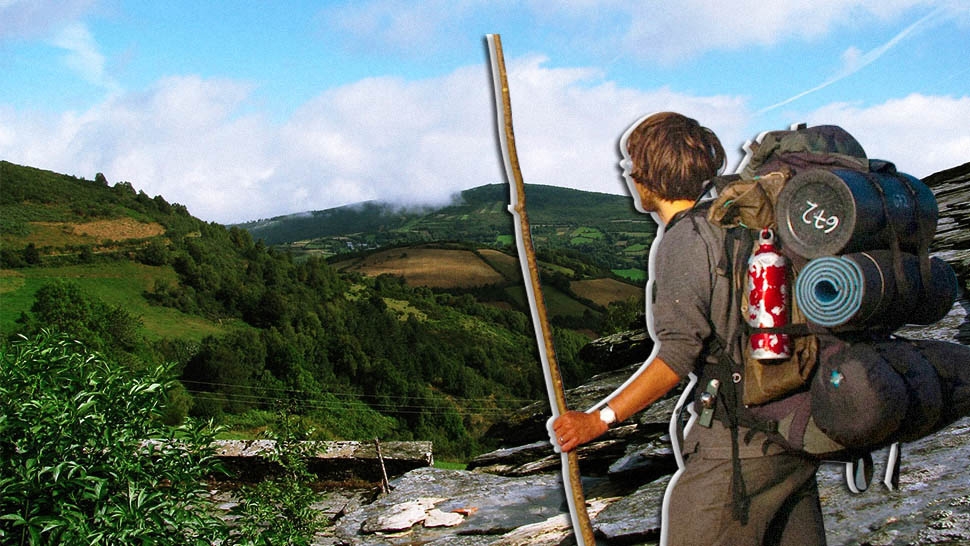 For centuries, countless pilgrims from different backgrounds, countries, and spiritual beliefs have come together on an 800-kilometer trek through Europe. The Camino de Santiago—“The Way of St. James”—is a large network of ancient routes that lead to the tomb of St. James in Santiago de Compostela, northwestern Spain.

St. James was one of the twelve apostles of Jesus, who at some point preached Gospels on the Iberian Peninsula. Upon his return to Jerusalem in 44 A.D., King Herod Agrippa ordered him to be beheaded, unknowingly making him one of the first apostles to be martyred. After his death, St. James’ disciples put his body on a stone boat, crossing the Mediterranean Sea and eventually landing on the coast of Galicia.

The Camino de Santiago began with the discovery of St. James’ tomb in the ninth century. In the following years, religious men traversed different routes, beginning the ultimate pilgrimage in Europe to reach the buried the Atlantic. Afterward, these holy men would collect a scallop shell to prove they had made it the whole way, setting the tradition for subsequent walkers.

By the 19th century, however, hardly anyone was walking the famed path. In the 1970’s and 1980’s, the pilgrimage experienced a resurgence when once again mapped the ancient routes and wrote about them. Today, thousands of people trek through the ancient routes where a technology-free unplugged experience seems quainter than ever. 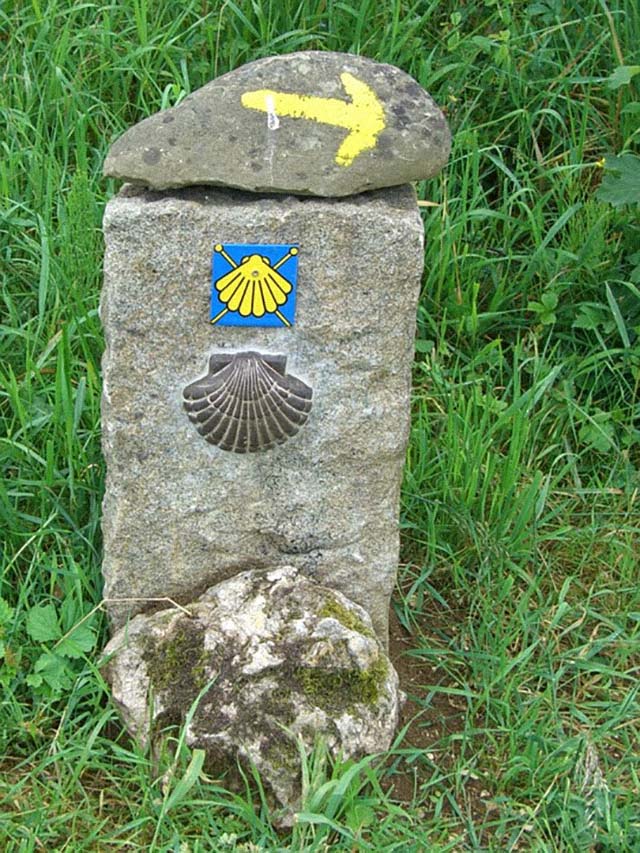 Reasons to walk the Camino

People who have walked the Camino have spoken of experiencing spiritual epiphanies and deeply profound "ah-ha" moments pushed them to re-evaluate their lives, coming out awakened on the other side of the trail.

According to CaminoWays.com, recent data shows that "28 percent of walkers today do the Camino for religious or spiritual reasons. The trek is undoubtedly a unique experience and is known as a haven for self-reflection. In fact, 17.8 percent of Camino walkers hit the trail to get away from their daily life and connect with nature."

"The most popular reason for walking the Camino was people looking for a new challenge, 28.2 percent of walkers wanted to test themselves physically and mentally along the way," while the website found that another physical factor enticed walkers, "10.8 percent of people walk the trail specifically for health and exercise... [and] 4.6 percent of those surveyed to complete the Camino to learn more about culture." 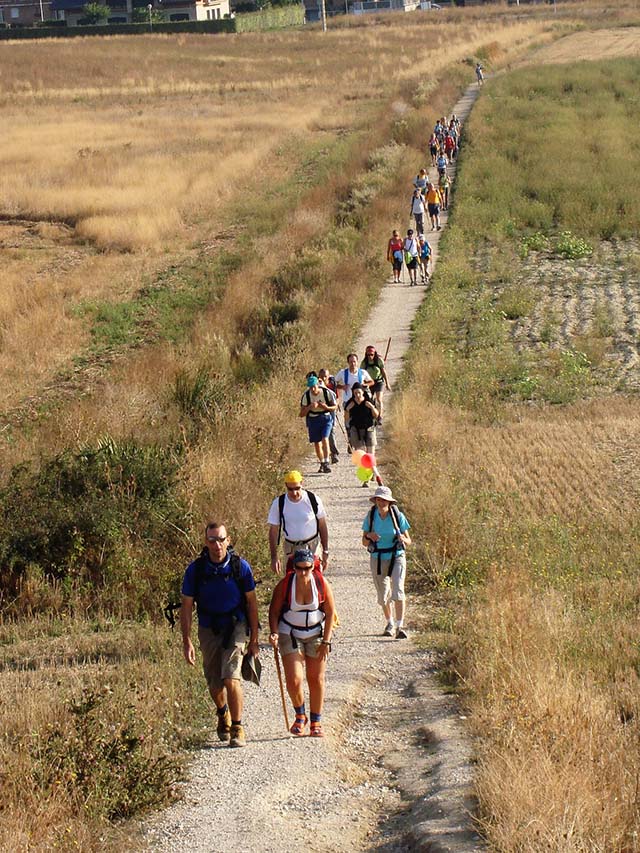 For the Camino, backpack  recommend a small backpack with hip straps that's 10 percent of your weight. The hip straps add a bit of extra support and take a bit of the weight off your back. This is important to note as you'll be walking most of the time. Instead of sleeping bags, consider sleeping sacks that take up little to no space. If you need a little more support for your back, trekking poles are a good way to spread out the weight. Aside from accessories, a health kit is an essential that'll get you through tough days and nights.

Now, for clothing. While it depends on what season you go, packing a whole barrage of outfits defeats the purpose of the journey. Keep it to two or three outfits with dry fit shirts and options for bottoms. The official Camino season (May to September) starts off scorching hot and ends up freezing cold. As the seasons change, a jacket will also come in good use. Pick one that's light, but thick enough to keep you warm. Footwear is the most crucial piece of equipment, so make sure you choose high-quality shoes made for trekking.

Socializing and getting to know your fellow pilgrims is one of the life-enriching experiences of the trek. But ask any seasoned Camino what his or her top tip is, and they'll almost instantly say earplugs. Since you'll be spending your days walking through the villages and mountains of Galicia, getting a good night's rest becomes a top priority. Many learn the mistake of not bringing earplugs the hard way—a sleepless night in the  due to the snores and sounds of your sleeping companions.

This, of course, depends on the accommodations you choose. Traditional albergues (hostels), monasteries, and convents feature common bedrooms leaving you inches away from your fellow pilgrims.

If the idea of communal living doesn't appeal to you, Spain is also home to castles that have been transformed into state-run luxury hotels called . Aside from castles, the name is used to refer to fortresses and modern buildings set in nature reserves.

King Alfonso XIII initiated the creation of Paradores de Turismo de España, a government-run company that manages the many in Spain, in order to promote tourism. The very first , Parador de Gredos, opened in 1928 and paved the way for Spain's luxury and historic hotel project. Today, there are over 90 , all ranging from three- to five-star hotels, each with a unique history and experience to offer.

The most famous along the trail is the Parador de Santiago situated in front of the famous Santiago de Compostela Cathedral. Other include the Parador de León which was featured in the Camino-themed film The Way; Santo Domingo de la Calzada features two , one three-star (Santo Domingo Bernardo de Fresneda) by the Convent of Saint Francis and four-star Parador de Santo Domingo de la Calzada, a former 12th-century hospital; the 10th-century fortress of Parador de Hondarribia; Parador de Tuia, four-star that used to be a grand house; Parador de Villafranca del Bierzo, a new building located in the French Way; three-star former mansion Parador de Ferrol located on the Galician coast; Parador de Pontevedra, the historic home of the Counts of Maceda; Parador de Zafra, the castle of the Duques de Feria, a Spanish noble family.

Best time of the year

The Camino is free to walk all-year round but there are big differences between each month's corresponding seasons. Since the trail is a combination of ocean and mountain climates, temperature changes can be unpredictable.

For January to February, temperatures are cold (zero to 10°C) with mild rain and snow. March is moderately cold (10 to 15°C) with light rain. April is often considered the start of Camino season when it is moderately cold (10 to 15°C) and very rainy in the first half of the month with temperatures changing in the second half going warmer and less rainy. In May, a combination of light rain and sunny days are expected as the start of summer creeps in.

June is recommended as the best time to walk, with warm temperatures (20 to 30°C) and occasional light rain. July and August are the hottest months of the trek (30 to 40°C), with little to no rain. Things change by September (25 to 35°C), often the busiest month as the European break starts at this time. October is a moderately warm month (15 to 25°C) with light rain, with stronger rain the end of the month approaches. November-December holds the coldest temperatures (0 to 15°C) with both rain and snow expected. 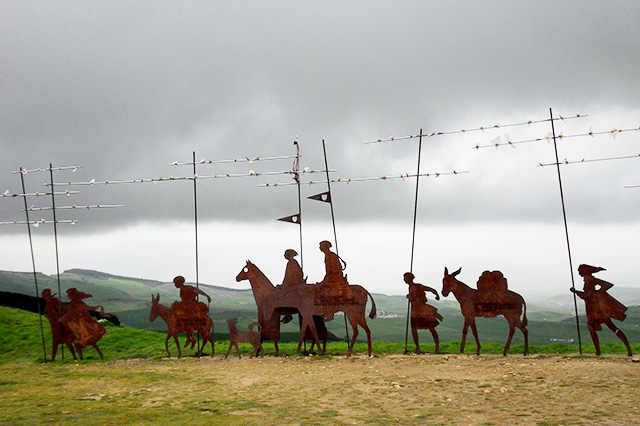 The Camino's many routes start from France, Spain, Germany, England, and Portugal. The following are the most popular routes, where food and accommodations are readily available:

The Camino Francés (the French Way) is often the preferred options by pilgrims due to its reputation as the most scenic route; Camino del Norte (the Northern Way) starts on the border of France and takes about 35 days to complete with few accommodations along the way; Camino Portugués (the Portuguese Way) starts in Lisbon and is relatively flat with several motorways ahead; Via de la Plata follows an old Roman road and is perfect for Roman history fans; Camino Inglés (the English Way) was historically used by British pilgrims who came by boat, with routes that can be walked in three to five days; Camino Primitivo (the Original Route) is considered the most challenging at 180 miles where challenges like hills and weather await; Camino de Finisterre (the Finisterre Way) furthers the regular trek by about 55 miles and derives its name from the Spanish term for the "end of the world."

Walk at your own pace

The average completion time for the Camino de Santiago is 35 days. However, it is important to remember to go at your own pace. The Camino is a different experience for everyone, no matter what your reasons for walking are. Some finish in months, others even take years absorbing every bit of the people and culture around. A lot of pilgrims even go as far as taking the bus, taxi, or a bicycle along certain stretches of the route. 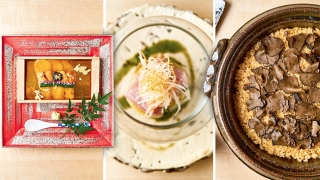 This Japanese Restaurant Is a Special Feast for All Five Senses 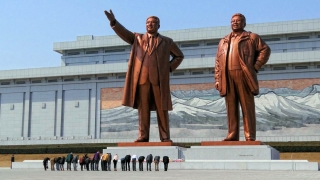 Jeans, Man Buns, and Other Things You'd Miss If You Lived in North Korea
All Photos
Comments
View As List