To the Dutch Golden Age elite, the tulip was a status symbol, much like the luxury cars and designer cars of our time. 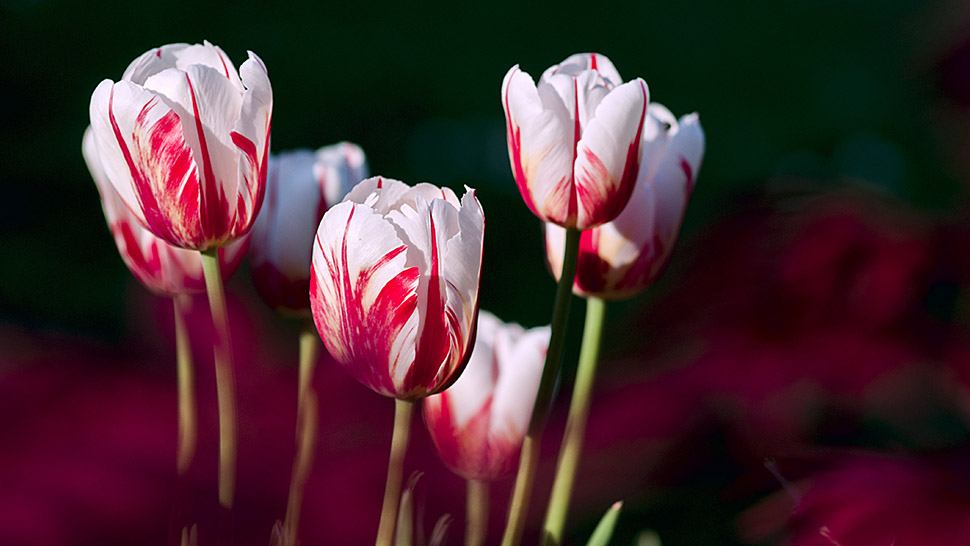 Back in the 17th century, the muses of Dutch and Flemish artists weren’t beautiful women nor were they sprawling landscapes of European country life. Often the subject of painters would be the then rare tulip, prized for being a beauty unlike any other in the Nordic region.

Featured prominently in Ambrosius Bosschaert the Elder’s 1614 painting Flowers Still Life, for example, are white and yellow tulips with streaks of flaming red. But how did a flower gain such prominence? 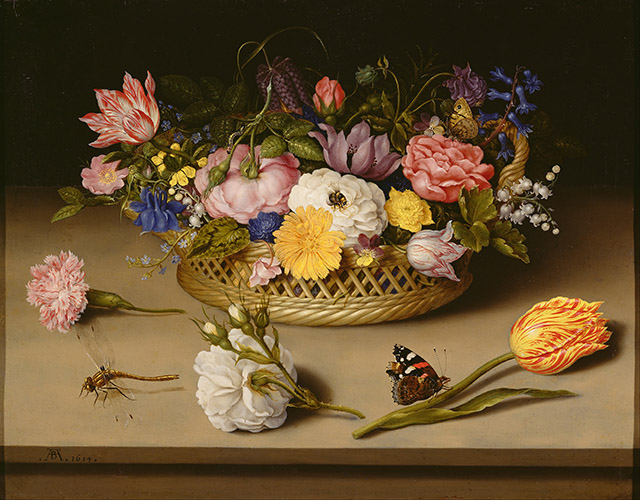 Imported from Turkey in 1593, Ogier Ghiselin de Busbecq, an ambassador to the Habsburg monarchy, brought the symbol of the Ottoman Empire to the Netherlands. It was from there that he gave the bulbs of the flowers to his friend, Charles de l’Écluse, who then established a botanical garden at the University of Leiden. By the next spring, the esteemed botanist was able to reproduce the tulips in the Nordic country.

Growing the foreign flower in the country was a challenge due to the country’s cold and damp climate. This setback made the beautiful import a rare find and soon after, a luxury item sought after by members of the Dutch Golden Age elite.

As the economy of Holland grew, so did the people’s love for the flower. To them, it was a status symbol, much like the luxury cars and designer bags of our time. It showcased great taste and a presence of connection in an age when the Dutch had more power than ever before.

According to author Anne Goldgar, “As luxury objects, tulips fit well into a culture of both abundant capital and new cosmopolitanism.” The flower, a product itself of Dutch trading, was merely the new product that everyone clamored for, especially when it started to grow with beautifully colored streaks of red and white. 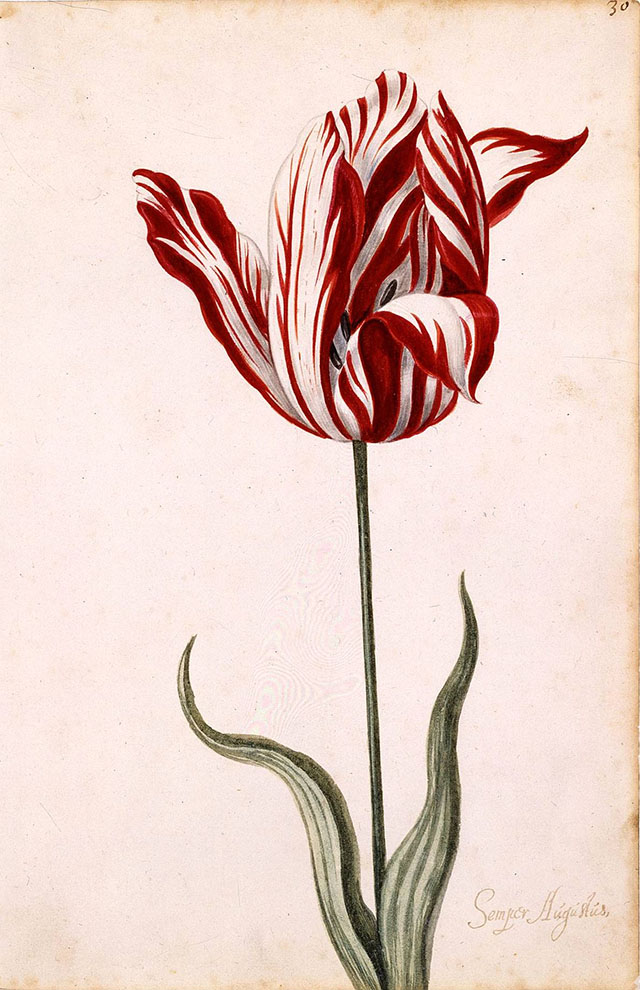 A product of a virus caused by aphids, a type of ant-like bug, the tulips grew out of its monochrome characteristic, and instead with wild streaks of various colors. The rarest and most popular of these was the Semper Augustus, a white tulip that resembled flames with its vibrant red tips. By 1623, 10 bulbs of the red and white flower were offered at the price of 12,000 guilders, an amount of money that could buy a luxury townhouse or feed a family for years at the height of the trade. To illustrate just how much that might have cost, a skilled laborer during that time might earn 150 guilders a year. The equivalent of 100 guilders in the 1600s is $6,000 today or P313,842. If we compute the value of 12,000 guilders for the tulips then, it would equal to $720,000 or over 37 million pesos today.

RISE OF THE TULIP MANIA

The trading of the flowers, however, was unstable. Much like real estate, the trade was done through papers. As the bulbs of the tulips only bloomed in the spring and were kept in the ground all year round, they were never actually present when sales were made. As people specifically sought the “broken” tulips with their wild streaks, they bought as many bulbs as they could, in the hopes that some of them would be multi-colored. It was especially risky because at the time it was not known the streaks were caused by a virus, and they were unpredictable. 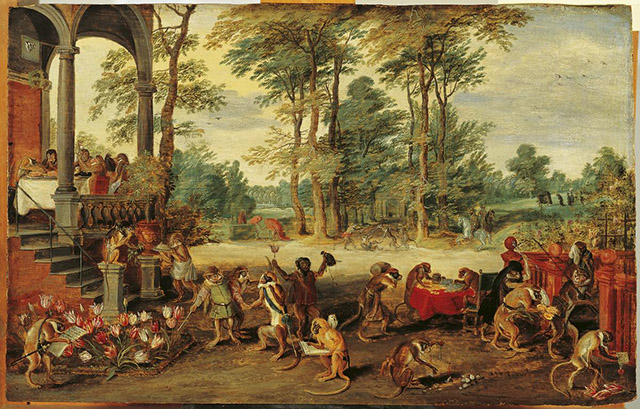 A satirical artwork on Tulip Mania by Jan Brueghel

It was this uncertain method of sales that gave birth to the first example of modern speculative trading. As each sale went from hand to hand, the prices of the flower’s bulbs only grew to the point where they reached exorbitant amounts. Not only were wealthy people buying into it, but also merchants and the middle class, who piled into the market to try their luck at what was called Tulip Mania.

By 1936, the trade grew to include everyone, from carpenters, bricklayers, cobblers, and more. In the backrooms of taverns, the wild and alcohol-induced trade of these coveted flowers were bought and sold up to 10 times a day. People wanted to try their luck at it in the hopes of amassing a fortune. There was even a point where the market became so lucrative that the flower became a means of currency.

However, with the subsequent rise of the trade came the fall, when seemingly overnight, the whole thing came crashing down and the bulbs, once worth thousands of guilders, now maybe a 10th of its former price. When people said they would no longer buy it, the demand disappeared and the bubble burst. 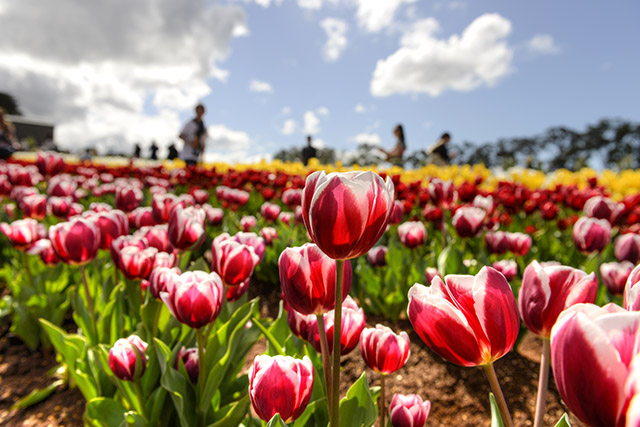 Strange stories still go around today about how Tulip Mania had caused chaos in the Netherlands, with thousands of people going into debt after the crash of the market or men getting thrown in jail for accidentally mistaking a bulb to be an onion and eating it. It has even been compared to the modern day bitcoin phenomena due to the high risk involved, as well as the economic crash of 2008 for the pricing bubble that occurred. Not all are true, of course, but it clearly shows the impact that the flower had. Today, the Netherlands still accounts for 77 percent of the world’s flower trade and has over 4,000 species of tulips. 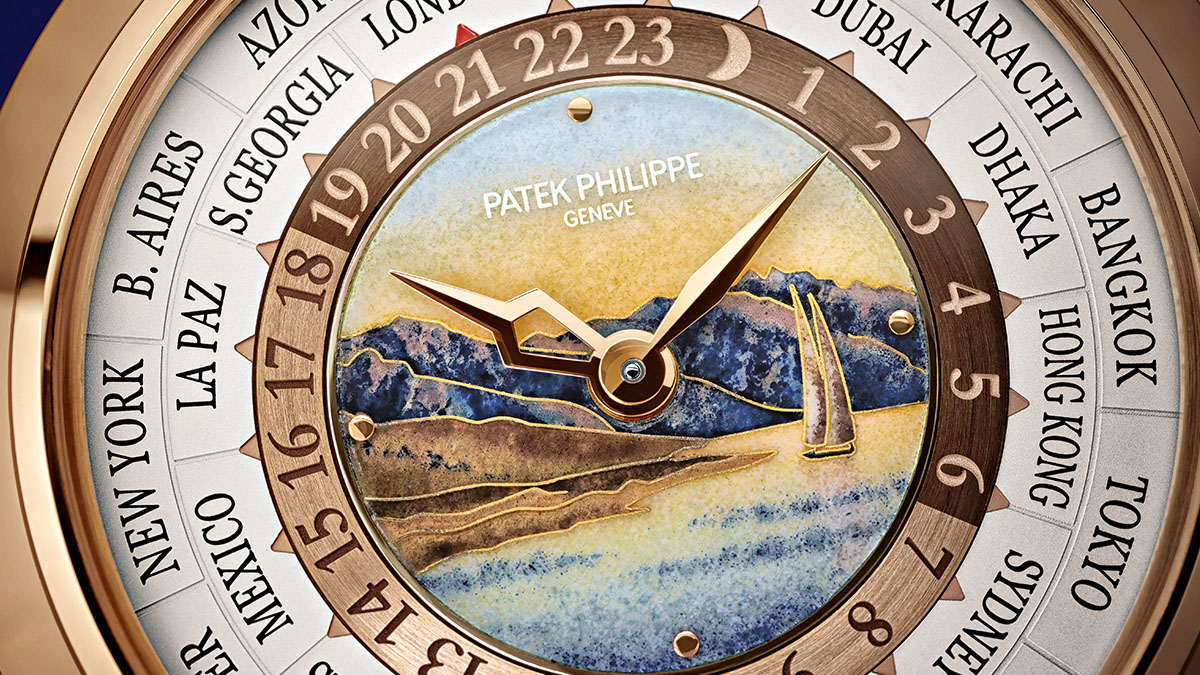 The Details on These Rare Patek Philippe Timepieces Are Extraordinary 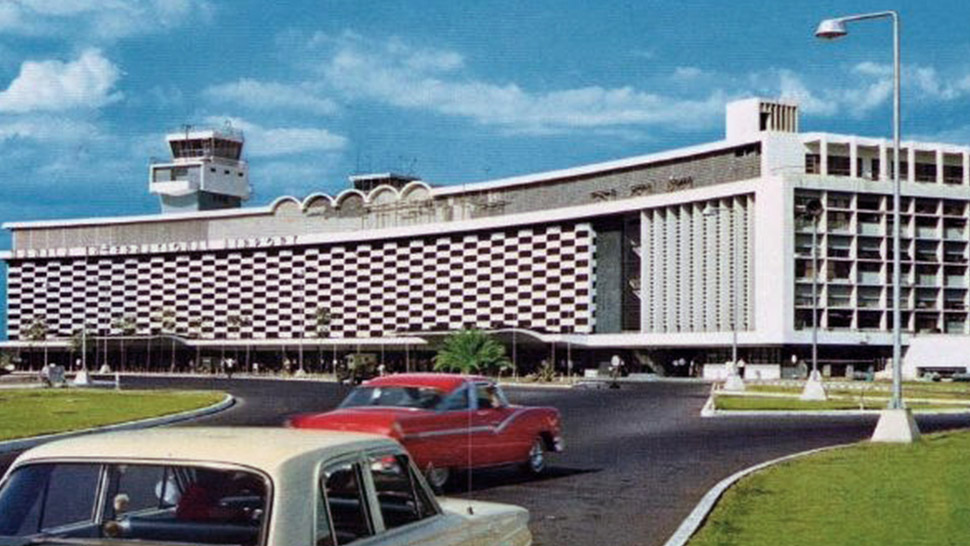