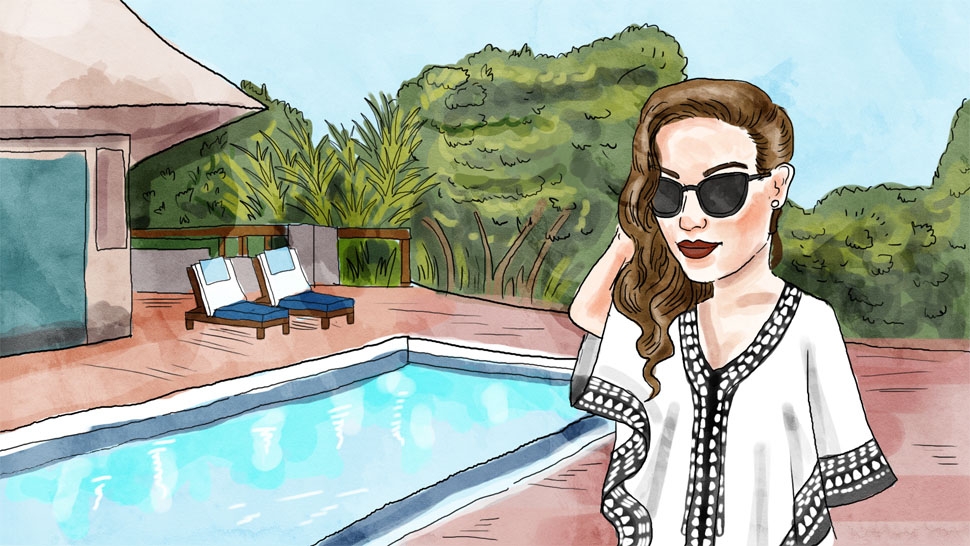 Do you want to ask our resident TRL anything? E-mail C.C. Coo at [email protected].

It must be the unusual quiet that the city takes on at this time of the year, but these past few days I have been asking myself whether I am genuinely happy. What does happiness even mean? What the kind of stories that make me smile? And why does my in church unleash a guffaw whenever he looks in my direction? Why?

Anyway, this reflection has led me to the strange burdens that the Truly Rich Lady has had to endure since she arrived into this world already well-dressed in matching neutrals (no pastels please). First, there was the pressure to not be a horrible disappointment and to somehow achieve even greater things than what the people who have made it possible for her to breathe such rarefied air have done. Since it is this time of year, I call it the Cross to Bear.

First, there was the pressure to not be a horrible disappointment and to somehow achieve even greater things than what the people who have made it possible for her to breathe such rarefied air have done.

The Cross to Bear was first placed on her shoulders when the Truly Rich Girl was thrust into the oh-so-many tests and interviews to get into the hard-to-get-into pre-school (she was accepted, of course), then the international high school (she breezed in, without a doubt), then the Ivy League university (four of them accepted her and it was so hard to decide which one to choose), and so on and so forth until her brain was filled with so much wisdom that she began to understand the language of cats. (Don’t tell anyone.)

Then, as a Truly Rich Young Lady, she had to secure a preferred occupation. She had to get a job at a global corporation headquartered in either New York, London, Beijing or, if she was not a genius, Singapore. But she also could have established a cute personal venture, usually artsy or stylish, that more open-minded parents like her own would bankroll and then quietly observe. This was, of course, before she finally settled into The Firm, where she was expected to innovate and lead. If she did all the right things, she knew she would get the most coveted spot at the or at least the second most coveted spot at the top. Abuelito is immortal, you know.

She needed to marry well and maybe even marry up if the family stock was down. Never mind that she had her heart eyes only for Man of Modest Background.

And, by the way, in between all of these, she needed to marry well and maybe even marry up if the family stock was down. Never mind that she had her heart eyes only for Man of Modest Background. Never mind. The perfect husband for her, it was decided, was a well-born, well-bred former classmate from one of the many educational institutions she attended. She would reconnect with him in a most unexpected place like at a super casual party on a moored on the private coast of somewhere warm, and it was hoped she would fall in love instantly and tie the and have three babies, a set of new Truly Rich Persons. But she didn't.

This is just the big picture. On a daily basis, the TRL is expected wear a toothy smile all the time. After all, she is known for her kind, agreeable, calm, and non-threatening personality. But sometimes the TRL forgets, especially when her hair person ties her ponytail a little too tight and it becomes super itchy, and then her Resting Rich Face reveals itself. A slight downturn of the corners of her mouth freaks people because she is usually positive. What’s wrong?

Here's an added Cross to Bear. The Truly Rich Lady can go anywhere, but not really go anywhere. For all the access she has at her fingertips, she is trapped in the bubble built by her family’s stringent security protocol, which is , you know, protect her from being snatched up by hooligans. What has life become when a humble TRL can’t even pop out for a salty snack at the weird place near the mall without requiring a fleet of cars and a team of professional intimidators? It’s embarrassing.

She is known for her kind, agreeable, calm, and non-threatening personality. But sometimes the TRL forgets, especially when her hair person ties her ponytail a little too tight and it becomes super itchy, and then her Resting Rich Face reveals itself.

The TRL has a fantasy: cutting her hair short, exploring an outdoor market, dancing on a boat, kissing on the banks of a river, racing through the streets on a scooter. In that order. Oh, wait that’s Audrey Hepburn, crown princess of an unspecified country, in Roman Holiday. Well, the TRL wants that particular celluloid life, including the poignant ending, and, if possible, Hepburn’s small face, too.

I know what you’re thinking: The TRL shouldn't complain. The TRL is lucky. Why does she cry, cry, cry in her lonely heart? Well, the TRL is also human and feels a rainbow of emotions. While she has to permanently shut off her tear ducts by building an impenetrable wall of discipline, she sometimes feels fear or pain or that thing that is the opposite of happiness.

What keeps the TRL going in spite of her Cross to Bear is her healthy (or, some say, unhealthy) dose of good cheer. She is because life can be funny in the way that it hands out cruel experiences to all people regardless of where they came from. For example, people sometimes laugh at the TRL’s strange life for no other reason except that it makes them feel good.That's what her in church does. He guffaws.

And isn't that funny? I find it hilarious, really. If you can’t laugh at yourself (or with them), how can you be happy? 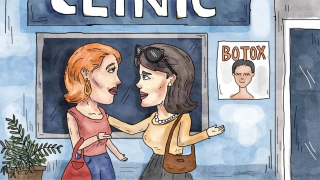 Dear Truly Rich Lady: Should I Tell My Friend She's Had Too Much Plastic Surgery? 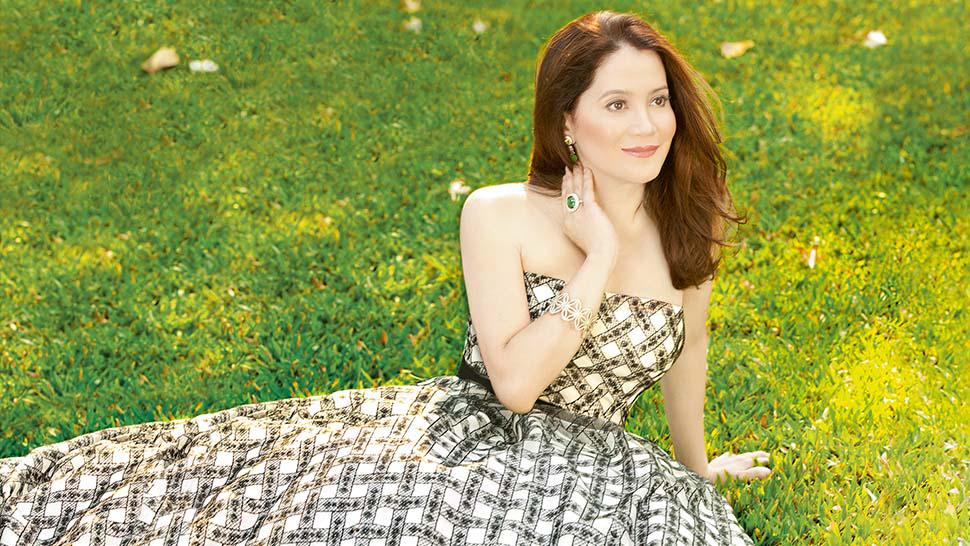