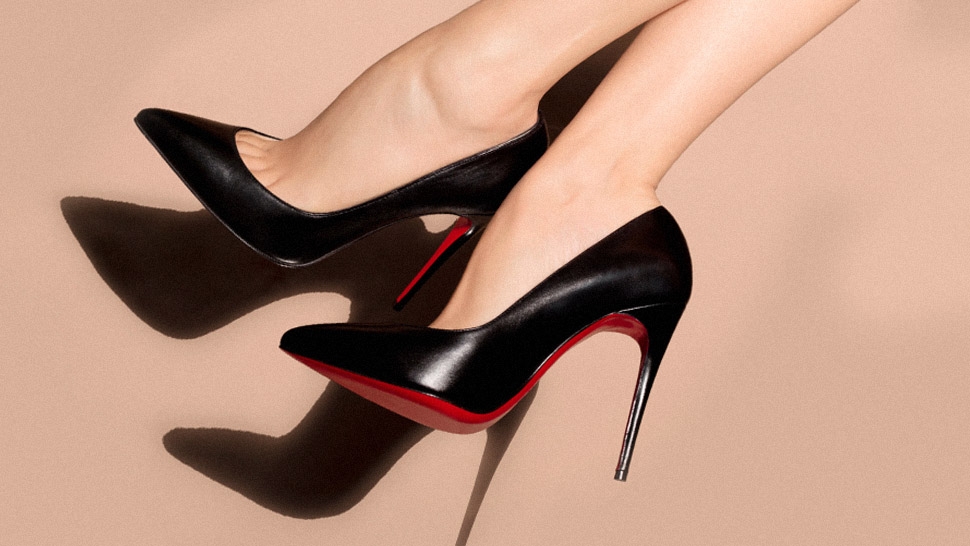 No closet is ever complete without Christian Louboutin shoes.

Elegant, classic, and timeless, they are, undoubtedly, the fashionable woman’s best weapon. Louboutins, as they’re fondly called, have earned iconic status by being the perfect pair to dress up even the simplest of dresses, thanks to their signature shiny red-lacquered soles. The French luxury footwear brand is favored by royalty and celebrities alike, including Queen Rania, Princess Mary of Denmark, Blake Lively, and Dita Von Teese.

Here are 10 fascinating facts about the red-soled shoes.

1. The very first shoes Christian Louboutin designed were inspired by Diana, Princess of Wales. Seeing the famous photo of the Princess of the Taj Mahal, the legendary designer said “[in the photo] she was looking at her feet and I thought she looked so sad… it would be nice to have something to make her when she looked at her feet.” And so Louboutin made suede flats with ‘LOVE’ written in his signature red.

2. When Louboutin’s Paris shoe salon opened, one of his first customers was Princess Caroline of Monaco, who compared the then-unknown brand’s pumps to French film actress Anouk Aimée's sexy and chic style.

3. Today, 26 years later, Christian Louboutin has amassed a notable clientele with some very dedicated fans. Novelist Danielle Steel owns over 6,000 Louboutin pairs, purchasing up to 80 pairs at a time during her shopping excursions. Blake Lively has even found therapeutic comfort in putting on Louboutin heels, telling Glamour “I also like to dress up...I also think that’s relaxing—to put on a great pair of Louboutins.”

4. The most popular Louboutin style is the Pigalle. Born in Fall/Winter 2004, the famous shoe style is named after Louboutin’s favorite neighborhood in Paris.

The Pigalle features a short toe box, giving the illusion of an elongated arch, and has been done in various colors, leathers and heel heights. Louboutin’s favorite rendition? “To my mind, it reaches its maximum expression in black patent leather, because of the red sole and the precision of the design,” the designer mused in InStyle. 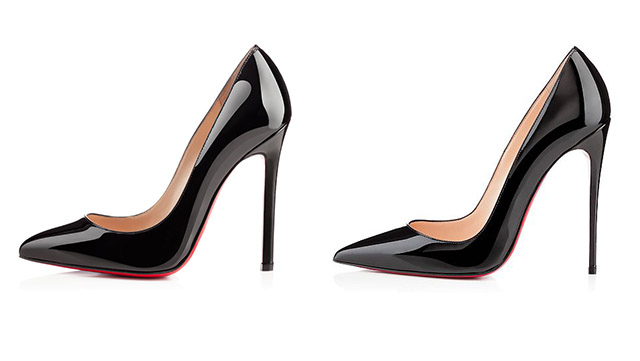 5. The biggest contender of the Pigalles the So Kates. Adapted from the Pigalle style, Louboutin created the So Kate style for model Kate Moss. The story goes, while the designer was fitting Moss for her wedding he reshaped the design of the , by lengthening the point of the toe and making the heel pin-thin and higher, just for the model.

6. It was in 1992 when Louboutin introduced the now famous red-lacquered soles to his sculptural designs. The history of the red sole began when Louboutin stole his assistant’s red nail polish to cover the black bottoms of a budding shoe design. The designer loved the idea so much that from then on he decided to produce each pair from with the iconic red sole.

7. A departure from his signature red, Christian Louboutin shoes once produced in baby blue soles too, back in the day. The blues were only available via special order and intended for brides as their “something blue.” However, production was eventually put to a halt due to trademark issues.

8. Christian Louboutin’s famous red soles are protected by trademark in several countries. Litigation has taken place in various disputes, including one of the most famous ones against luxury fashion house Yves Saint Laurent. 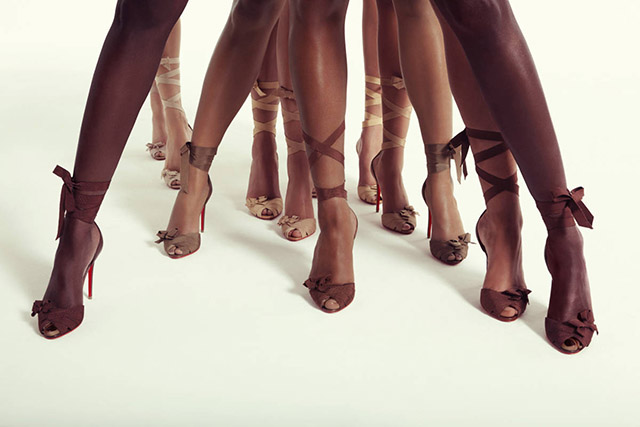 9. In 2013, Christian Louboutin debuted his Nude collection. Redefining the term, the footwear designer introduced a diverse selection of hues for different skin tones. The inclusive line started with pumps and has expanded to flats and sandals.

10. Entry-level pairs of Louboutins start at $495 and their Swarovski-crystal encrusted versions can go up to $6,000. Christian Louboutin also offers custom-made services for its shoes. If the style is existing, 30 percent will be added to the standard price, but if you’re looking for something far more unique, prices start at $4,000. 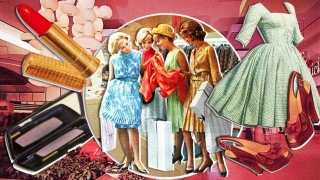 What Your Favorite Shopping Store Says About You 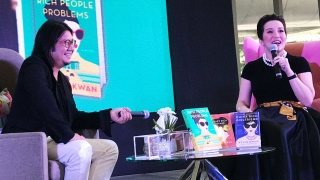