When shopping for a Birkin, it's important not to ask for one. 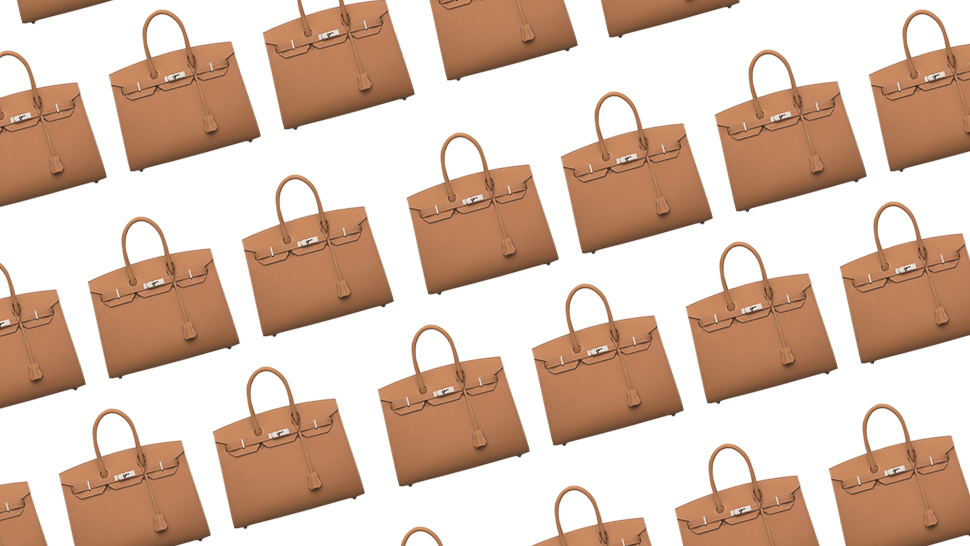 So you want to buy a Birkin. The leather tote that has launched a thousand quests is one replete with a reputation of both exquisite craftsmanship and rarity. It is to many devotees a handcrafted masterpiece, each bag made from the finest of materials and requiring close to 20 hours or more of work from a single, expertly trained Hermès artisan. But it is also the It Bag of It Bags, and with such levels of desirability, not everyone can land one. As can be expected in this realm of ultimate luxury, subtlety is key and as some insiders tell us, there is an art to acquiring a Birkin. With enough finesse and patience, you can have the bag of your dreams.

A Thing of Beauty

How did the Birkin become one of the world's most coveted luxury bags? The main reason, of course, is its quality. Birkins are painstakingly handcrafted, and with the proper care, can last a lifetime. Built like a house, with its body or walls as sturdy as its foundation or base, it was originally designed to hold everything a woman needed. And as the story goes, this woman, in particular, was Jane Birkin. The iconic actress-singer was sitting beside then-Hermès CEO Jean-Louis Dumas on a flight from Paris to London. When she reached to put her straw bag into the overhead compartment, everything fell out. Birkin lamented to Dumas about how nice leather bags are never quite big enough, thereby inspiring him to design the original Birkin. With this rough sketch, a legend was born.

That was in 1983. Fast forward to 2019 and this unicorn of handbags is just as coveted today. Few luxury houses have created such a furor over an iconic item, such that it can fetch the sums the Birkin has fetched both when being purchased brand new (if one can even get one). The most expensive one was sold at auction by Christie’s Hong Kong for a record-breaking $380,000 back in 2017. It’s also alleged to be an even better investment than gold or the stock market, according to a 2016 study by Bag Hunter, with the must-have bag enjoying a steady increase in value from 1980 to 2015 for an average of 14.2 percent annually.

No one really knows how many Birkins are made each year, but everyone can tell you how hard it is to get one up front. Artisans who work at the brand’s workshops in France are trained for a minimum of five years before being allowed to construct a Birkin, plus even more time if they are to deal with exotic skins.

These dedicated craftsmen do everything from selecting the leather at the beginning, to performing a series of quality control tests when the bags are finished. As Artistic Director Pierre-Alexis Dumas once said, “I think Hermès objects are desirable because they reconnect people to their humanity. Our customer feels the presence of the person who crafted the object, while at the same time the object brings him back to his own sensitivity, because it gives him pleasure through his senses.”

Apparently, the biggest no-no when shopping for a Birkin is to tell a Hermès sales associate that you are in fact shopping for a Birkin. Such was the experience of an avid collector, Catherine*, who was met with a “No, madame, but we do not have Birkins or Kellys at the moment,” when she first shopped at the George V store in Paris.

“Based on my personal experience, I have had to purchase an item or items from either the jewelry or RTW department (that’s worth more than or the same as the bag I desired), before asking for a Birkin, a Kelly, or a Constance,” she tells Town&Country. She notes that not all stores play this “game,” however, and if you are lucky enough to secure an appointment with a leather specialist at the flagship store at Rue de Faubourg, then you can just ask. She had to try five times, with a gradually growing purchase history, before she was able to secure an appointment.

2. Cultivate a relationship with your sales associate.

Most success stories hinge upon the client’s relationship with his or her Hermès sales associate, and most recommend to keep going to just one. As veritable gatekeepers, they really do hold the keys to the castle, or in this case the Hermès stockroom.

“SAs should be treated like best friends… establishing a relationship with your sales associates and managers is the trick to knowing the inside scoop on when new Birkins and Kellys will be released,” says Goody Peñalosa, vice president of Gerry Pens Promotions and an Hermès collector for over 14 years. A patron of Hermès in Beverly Hills, she started with a Herbag, then a scarf, until such time that her friendship resulted in a lovely Birkin 35 in gold.

Two fashionable sisters share they were able to befriend a Filipina SA working in Guam. Their shared roots and love for the Philippines helped them instantly build a rapport with their SA. “The Birkin rarely makes it to display shelves,” one of them says. “They are offered to people who have left word with their SA, and are usually taken immediately after that.”

She had to wait a few months, but when her friendly SA contacted her about the arrival of a Birkin, she was quick to snap it up. She paid for it by credit card and picked it up during her next trip.

More: Take a Peek Into One of the World's Largest Hermès Bag Collections

Society fixture Salome Uy has done her fair share of Hermès shopping to know a thing or two about the craft. She says sometimes buying a Birkin boils down to a bit of luck, but looking the part will definitely not hurt your chances. Peñalosa agrees, “You have to look deserving of the bag. They don’t just hand a Birkin out to anyone. You have to let them know that you understand the value of it, and you can take care of it.”

It also won’t hurt to show brand loyalty, as cited by Amanda Mull. “Carry Hermès if you have it,” she surmises. Which in a way makes sense, and demonstrates that you have potential long-term value as a customer and that you appreciate the rich heritage of the brand. 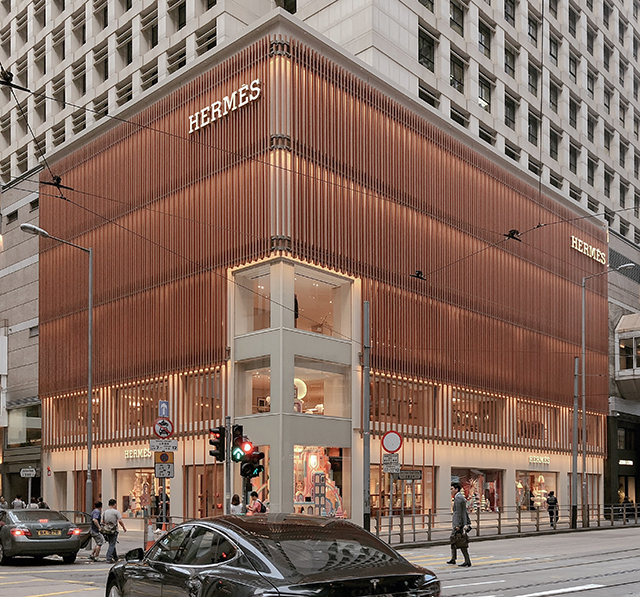 While stocks of the Birkin are sporadic, bigger stores would most likely get more frequent shipments. If you are privileged enough to score an appointment at the Faubourg Saint-Honoré flagship, then your chances of getting a Birkin could veritably increase. Scoring an appointment, however, is another matter altogether. Discerning travelers at popular destinations might also consider walking into a boutique, as sales associates who are used to the transient nature of their clientele might be inclined to bring out a must-have bag or two, says Mull.

5. When all else fails, you can also look into the secondary market.

Not everyone has the time or good fortune to land one of these holy grail handbags from an Hermès boutique. Sometimes, even if you do befriend sales associates, they can’t sell you a bag they don’t have. This is why some of Manila’s shoppers go to Hermès resellers or consignment shops for their Birkin fix.

Of course, when buying through an unofficial brand channel, one should always be extra careful. Do your research on the seller and on the bag you want, and if you can, ask your friends for referrals. It should be noted that Birkins can end up being more expensive when purchased from a reseller. However, since it really is quite tricky to source one, some clients feel that the markup is understandable, especially if it brings them closer to their goals.

One name that has popped up a few times is that of Dennis Robles of @AuthenteciteManila, who has a reputation of being able to find the ever-elusive Birkin, even uncommon ones at that. He’s sourced a matte crocodile one for a friend in rare pale bubblegum pink, as well as a tri-color ostrich Birkin (which he feels may probably be the only one of its kind in the world), among countless others which are housed in his walk-in closet. He credits his success to hard work, luck, and also the fact that he started more than a decade ago and has built quite a network of customers and perhaps, SAs. “My clients come to me because in this field, trust is important. With the proliferation of mirror quality fakes, clients are wary of shelling out hard-earned money,” he says, “They know I’m one of the very few third-party authenticators who can spot a fake in seconds. They come to me because of the personalized service I provide. I try to keep track of what bags they already own, what their taste is like, therefore giving them first dibs if there’s a new bag that just came in.”

More: This Website Will Let You Buy a Birkin, and Then Swap It For a New One Three Months Later

In Hong Kong, you may have also spotted a few consignment stores that sell vintage Birkins, among other luxury items. One fashionista we spoke with was able to purchase a Birkin from a secondhand luxury shop, particularly Milan Station in Hong Kong, and was quite happy with her purchase. And upon quick inspection (as of press time), Moda Operandi in partnership with Heritage Auctions has quite a few vintage Birkins up for grabs on its site as well.

As with a lot of the finer things in life, timing is important. A lucky few have reported being able to walk out with beautiful orange boxes during their first visit, while others have had to travel more winding routes. But at the end of the day, if you wait long enough, and of course have the inclination to drop six figures for a handbag, then you will most likely own one or even more of these beauties. Besides, given that the Birkin has gracefully withstood the test of time, there really is no rush, is there?

*Name has been changed to protect the source’s privacy. 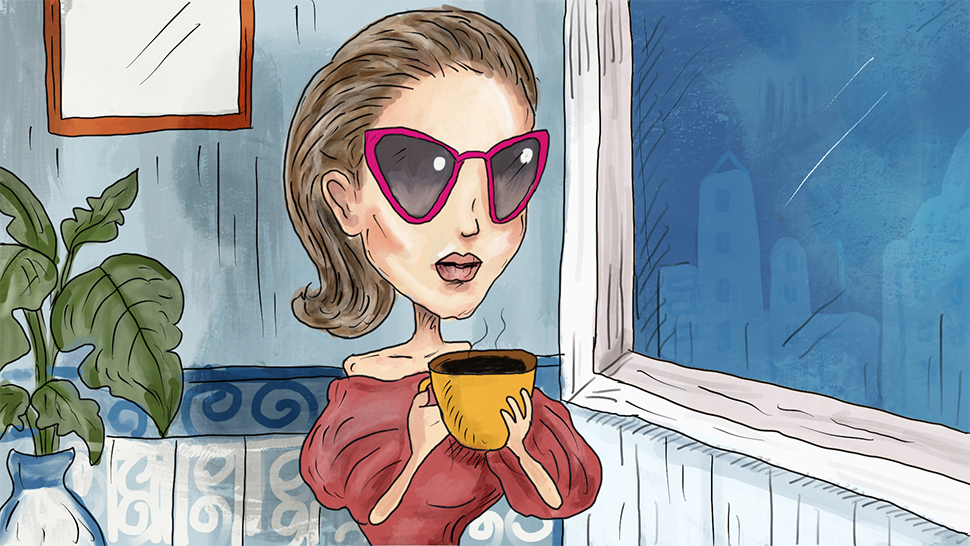 Your Ex Is Getting Married Ahead of You? Here's Some Advice From the Truly Rich Lady 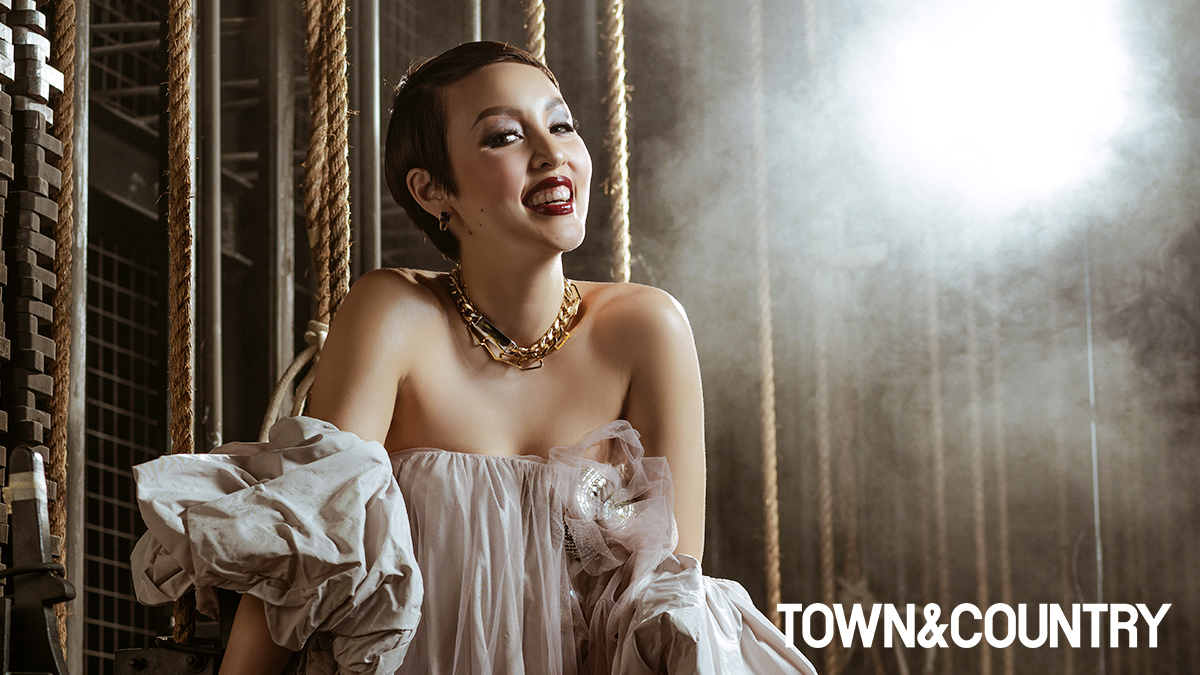