The whole nation has proudly watched Lea Salonga blossom from a little girl into an enduring global phenomenon. 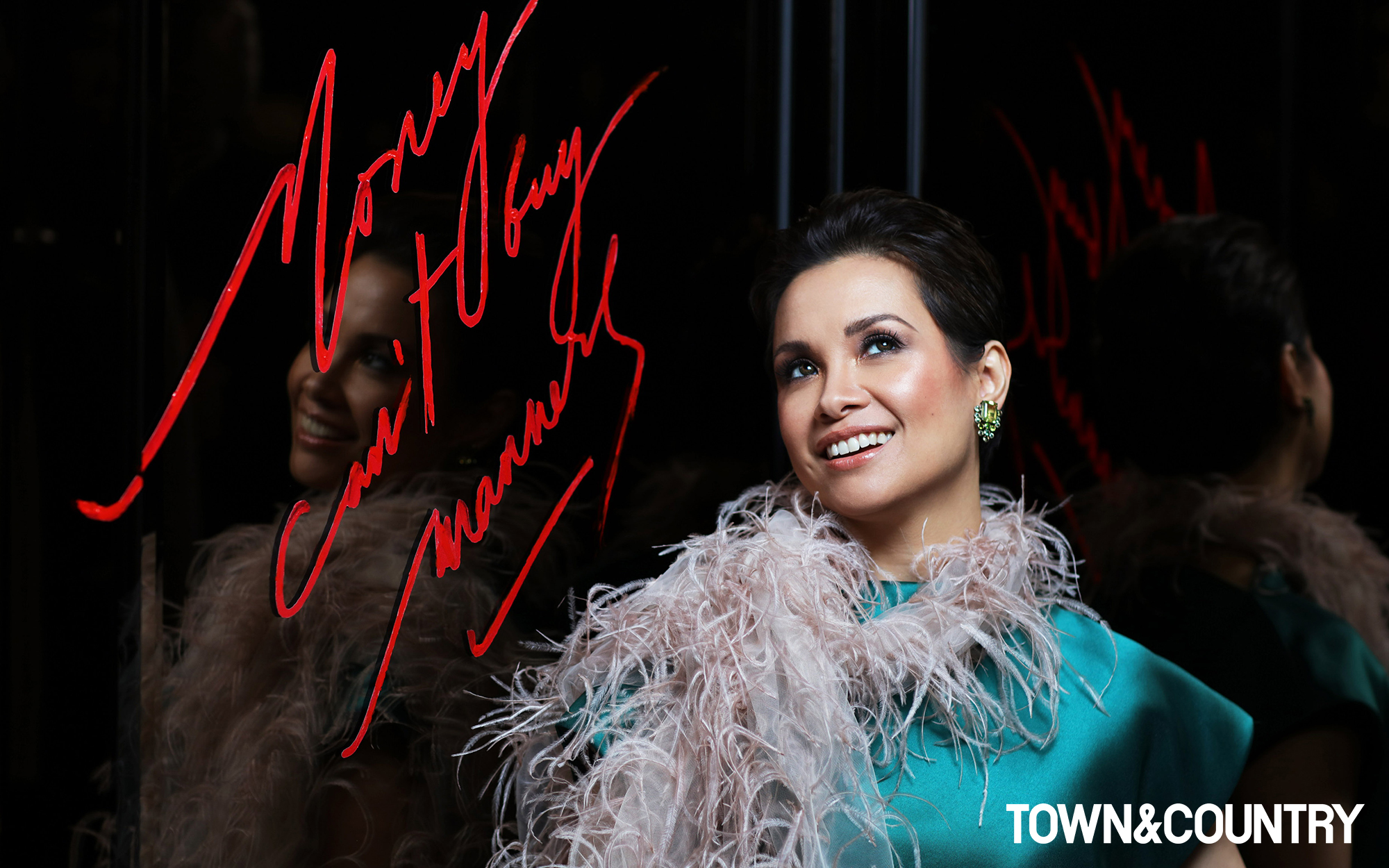 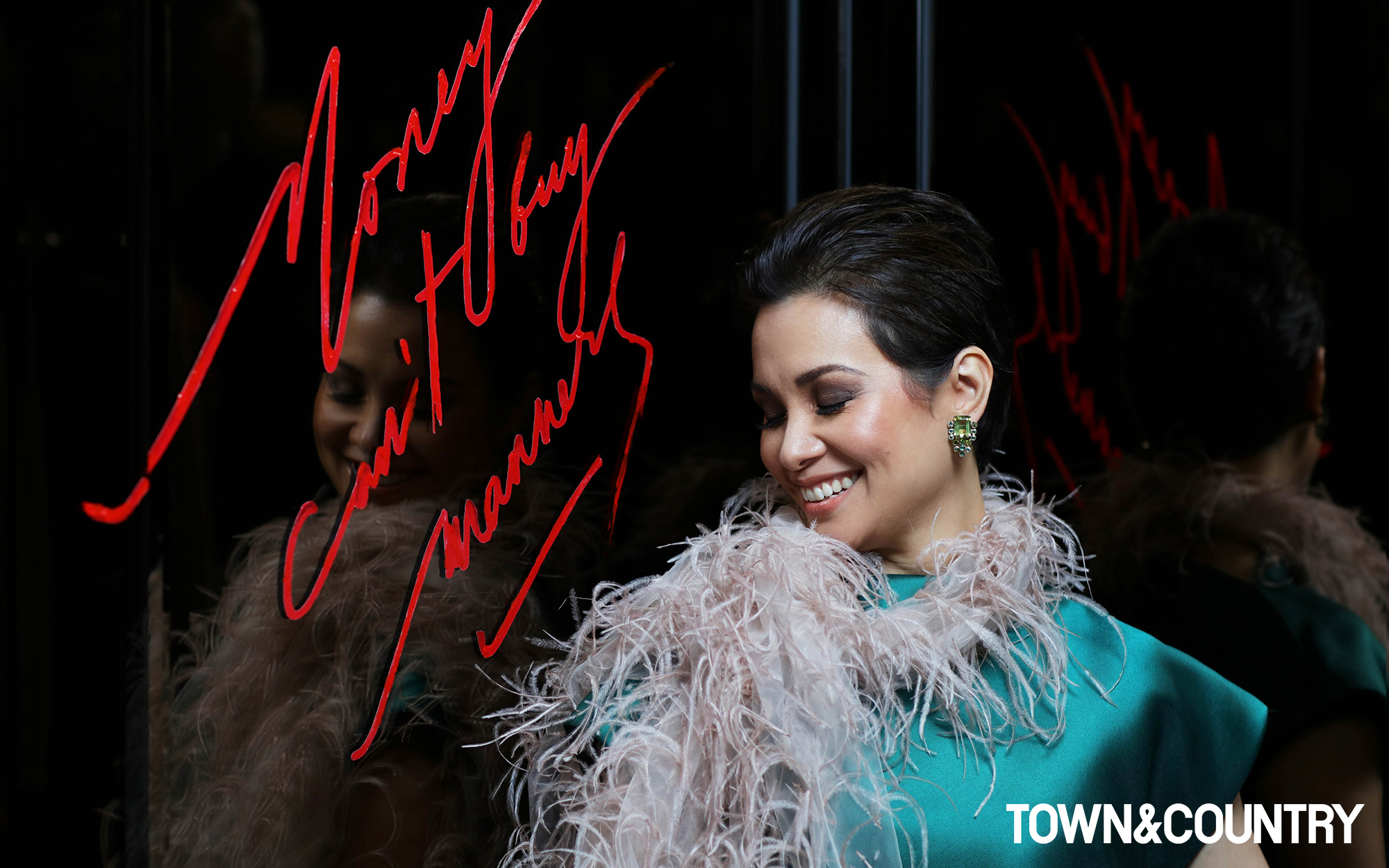 When Lea was 18, she became the darling of the West End in London, originating the role of Kim in Miss Saigon. She had been handpicked in Manila by a panel composed of the show’s producer Cameron Mackintosh, original director Nicholas Hytner and composer Claude Michel-Schönberg and lyricist Alain Boubil, and went on to win the Laurence Olivier Award, the highest for an actor in British . 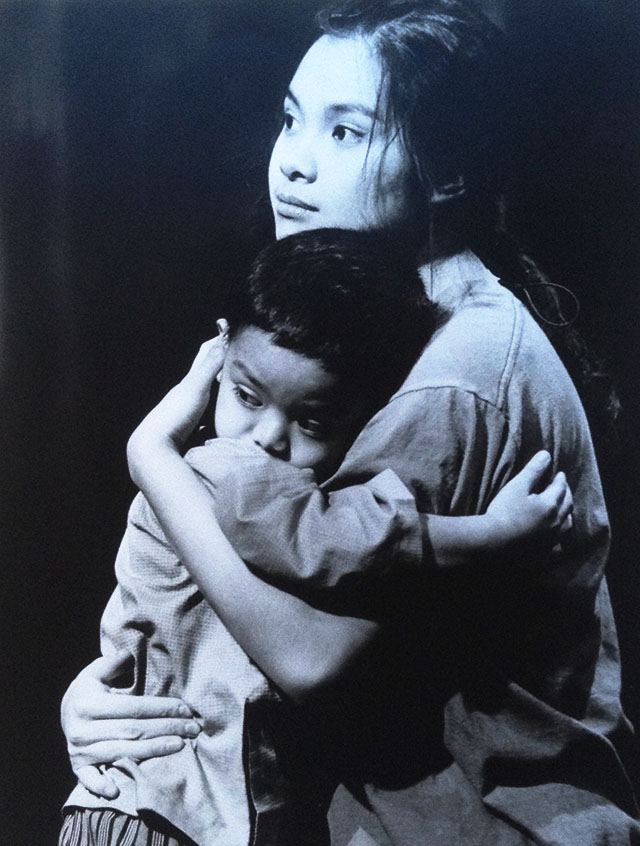 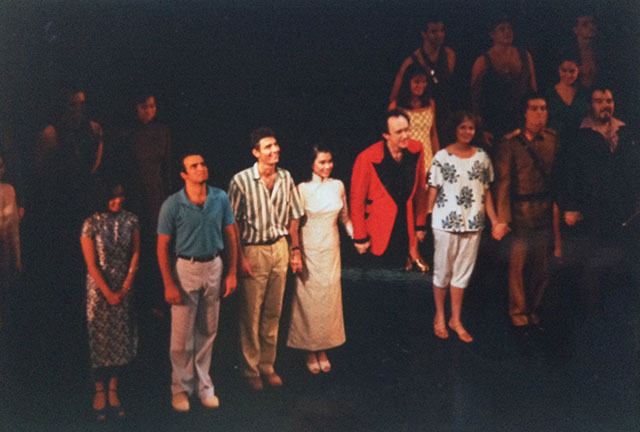 That summer, I was one of of Filipino fans who waited outside that stage door in London, bursting with pride for our fellow Filipino who had taken the international world by storm. Years later, when we became friends, Lea remembered that and even showed me a photograph her mother had taken at the time. She has an astounding memory. 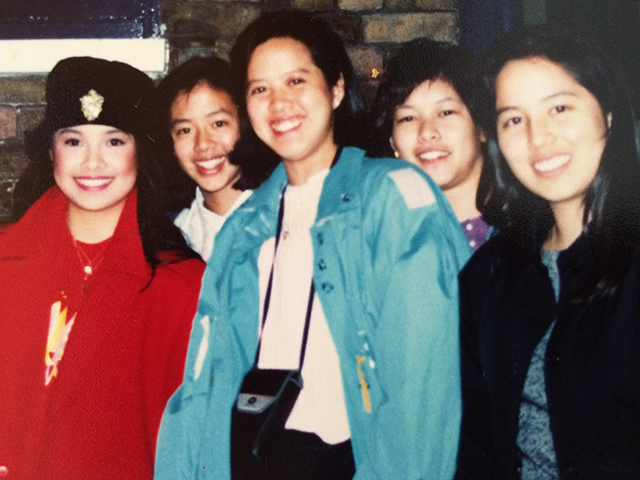 When Lea turned 20, she moved to New York for the Broadway production of Miss Saigon and won plum acting awards, including the Tony, the biggest prize in the New York world. 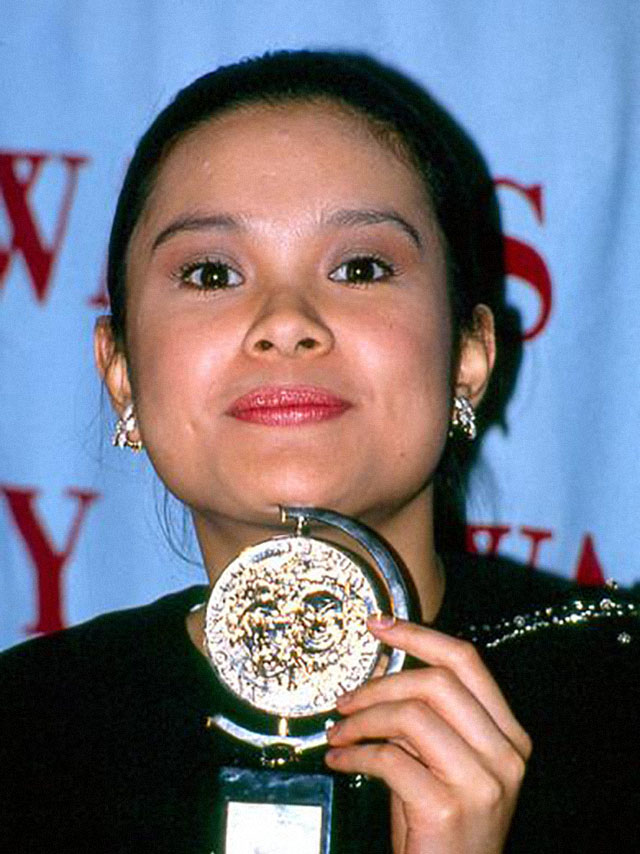 Over the years, Lea landed many more strong female roles in London and New York, including both Eponine, and then Fantine in Les Miserables, Mei-Li in Flower Drum Song, Kei Kimura in Allegiance, and recently, the goddess Erzulie in Once On This Island, which won the 2018 Tony Award for Best Musical Revival. 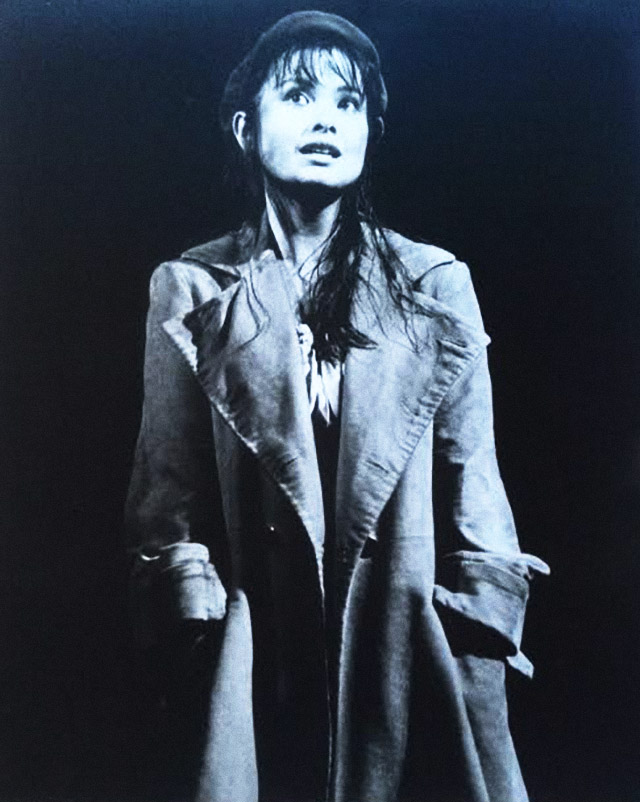 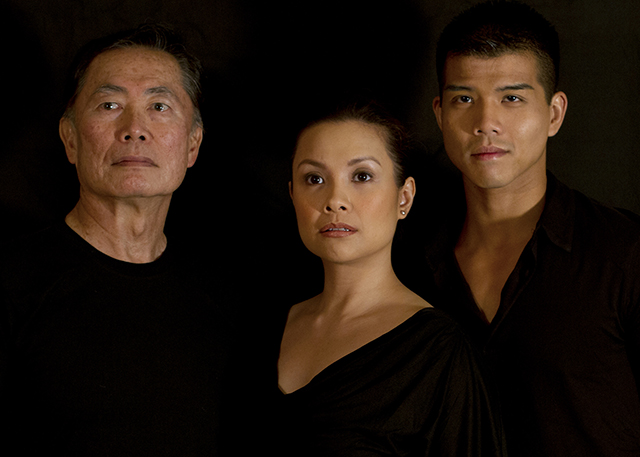 Many little girls have also found a strong role model in Lea as the singing voice of two Disney heroines: the strong-willed Princess Jasmine who was swept off her feet on a magic carpet by Aladdin, and the fearless warrior, Mulan. “A Whole New World” from Aladdin won the Academy Award for Best Original Song in 1993. Lea and Brad Kane performed the number onstage at the 65th Academy Awards in Los Angeles. 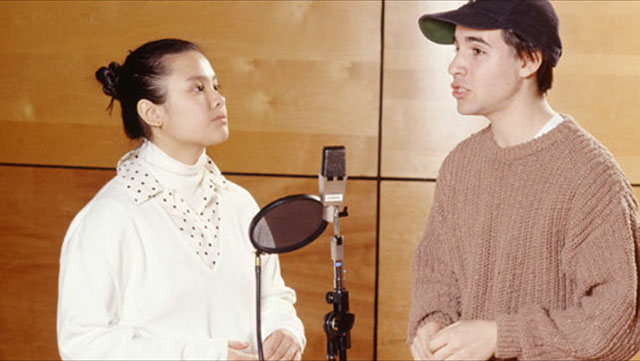 I was fortunate to catch Lea’s last New York performance as Erzulie in June, this time not as a fan, but as a friend, and happily witnessed her stunning performance, which, as always, merited a standing ovation and thunderous applause from the theater audience, as well as the warm, bittersweet sendoff by her fellow cast members offstage. Tears, warm embraces, lots of flowers, promises to keep in touch. Outside the stage door, more applause from dozens of people who patiently awaited her exit for a chance to get an autograph or a photo with her, till she finally excused herself to have a very late dinner and drinks with her colleagues. More hugs and kisses. 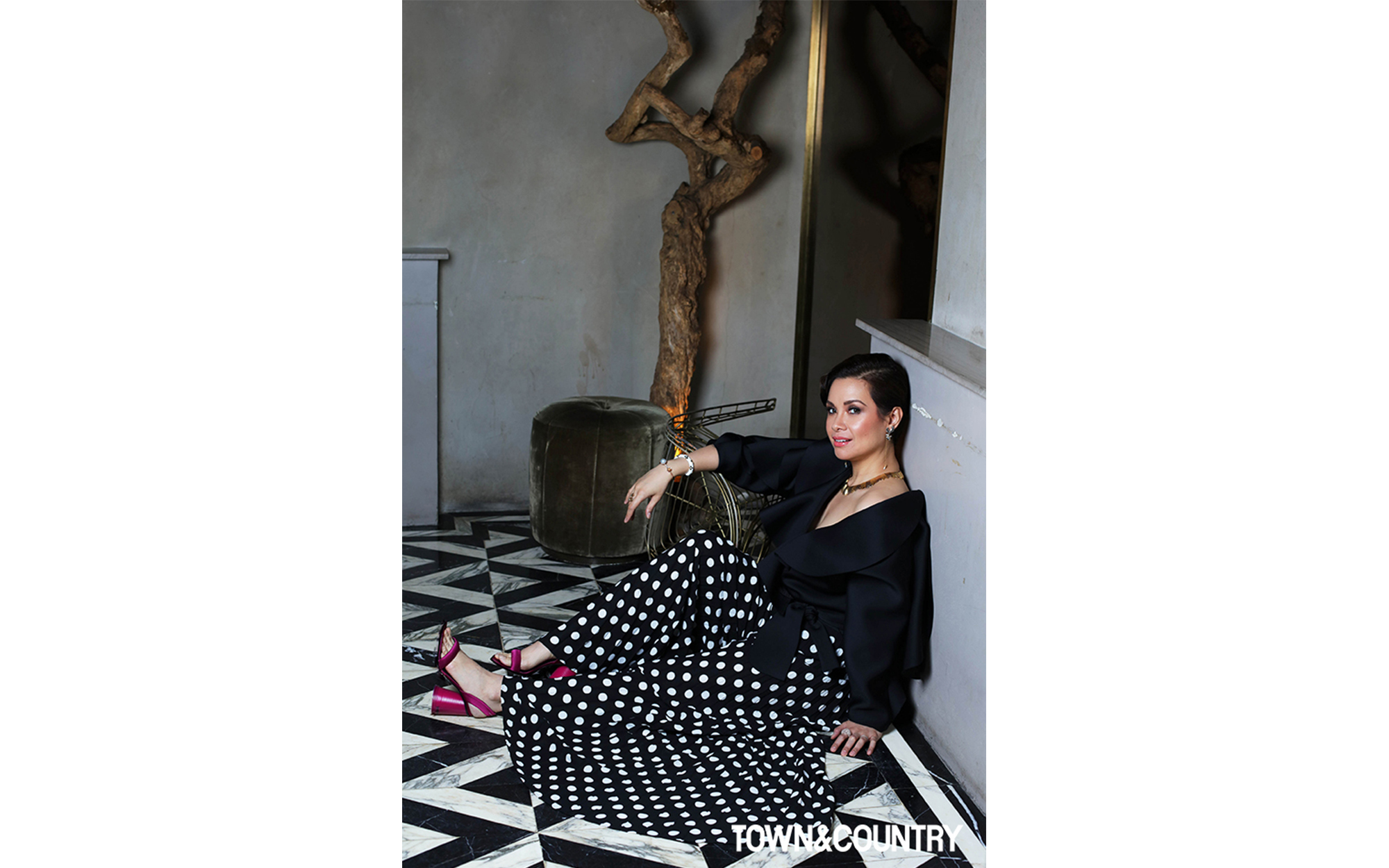 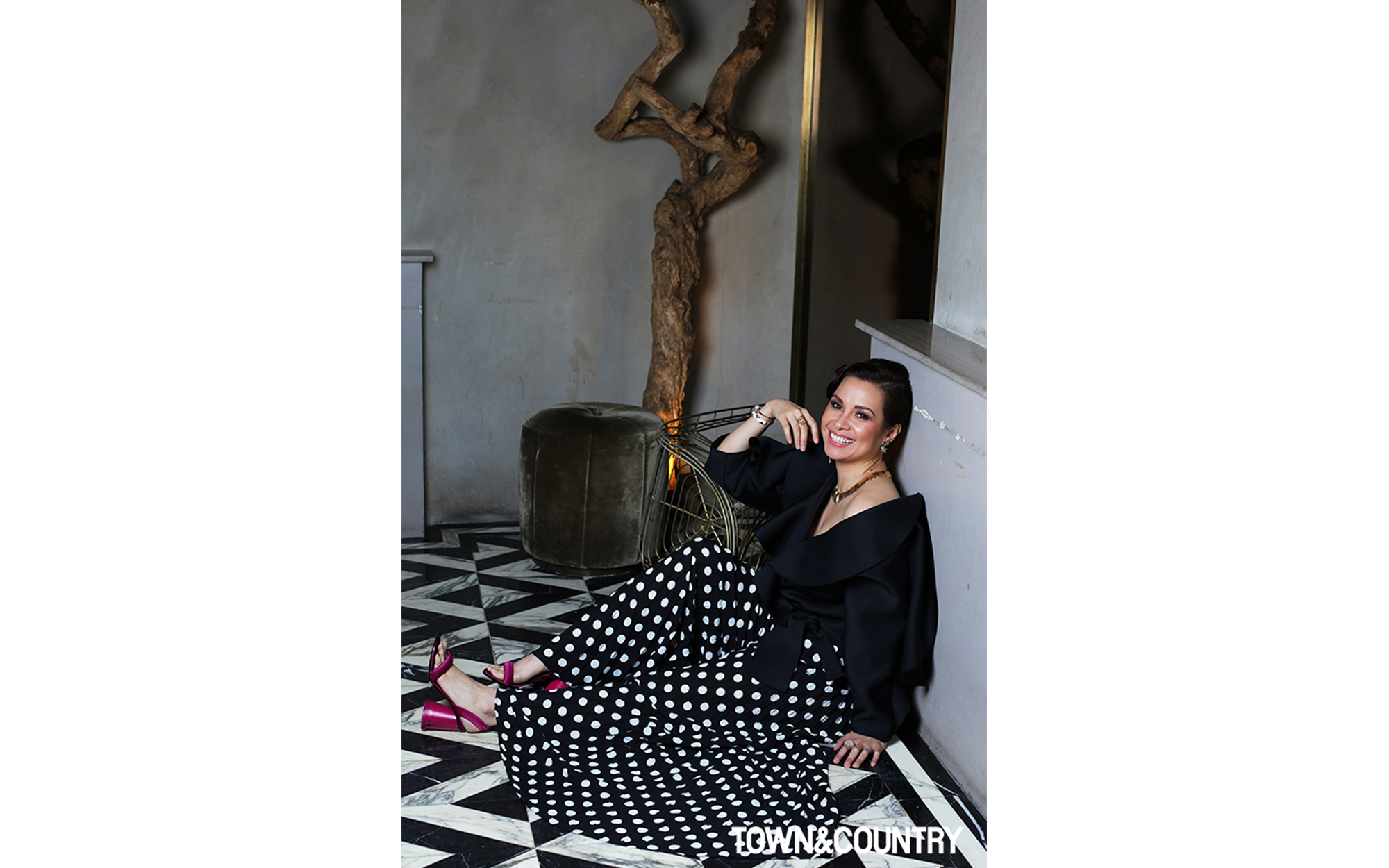 Four decades after The King and I, Lea continues to sing her heart out, enthralling audiences all over the world.

When asked about her career’s longevity, Lea shrugs modestly.

“I don’t know, it could very well be circumstantial, it could very well be providence. It could very well be that over the years my Mom and my managers have had a 'slow but steady' approach to my career, rather than a 'burn hot, burn bright, burn out' strategy,” she says. “I think the people who have stayed around in this industry a long time have had the philosophy of not rushing. It’s like there are those who buck trends or set them. In my case, I think it was the philosophy of my Mom who has managed me all these so many years, prioritizing things that have nothing to do with the business. Prioritizing life.” 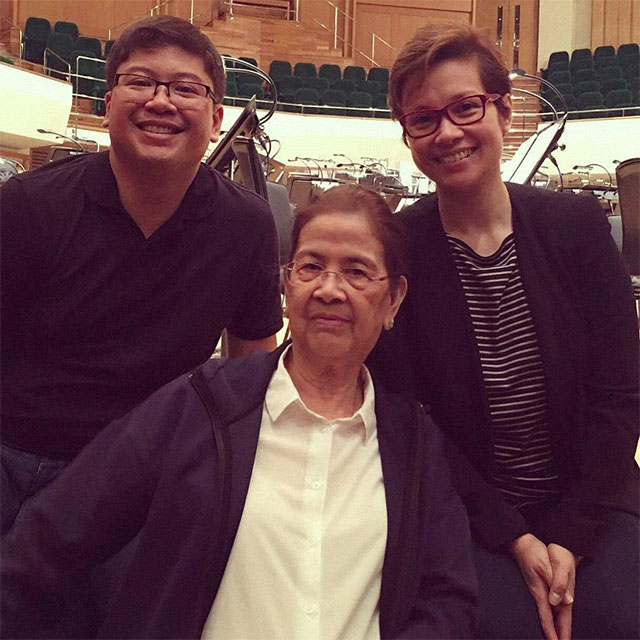 During her younger years in the Philippine entertainment industry, Ligaya made sure Lea stayed in school, having that “semblance of normalcy,” as she calls it.  “There have been people who once they become some sort of famous, they drop out of school. My Mom was very adamant that I not go that route. ‘You have to go to school, you have to have that discipline,’ she said. I appreciated that. That’s how I learned how to prioritize things.” 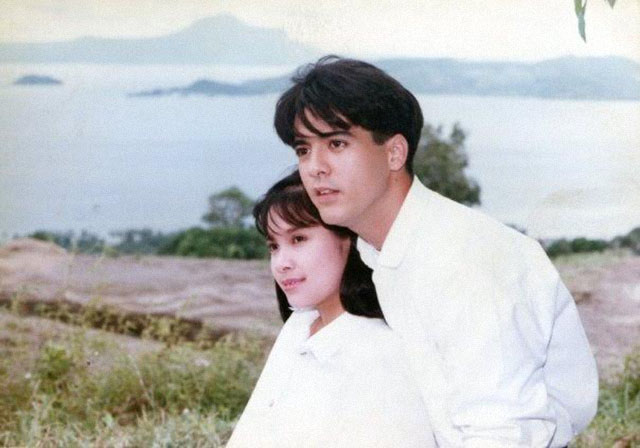 Lea was one of those students who really enjoyed school, and would’ve pursued her degree in Biology at Ateneo de Manila if Miss Saigon hadn’t come knocking.

“My Mom says ‘Man supposes, ,” and I guess this is what God had meant for me. And this is a path that has been carved out by a hand that is not of this earth. It’s interesting how you can make all these plans, but then something bigger happens, and then all your plans end up not being followed.”

At one point, Lea and Rob Chien, her Asian-American husband, had been pretty settled in Los Angeles, when a work opportunity opened up for Rob in the Philippines.

“I was perfectly happy living in L.A. at the time, and he’s from the States, so I don’t think he ever envisioned living here, but look, here we are!” she says. “He initiated it, it wasn’t even me. He said, ‘there is this offer,’ and we made the decision together. We didn’t have a timeline, and we weren’t sure how long we would live here, but that was back in 2005, and we’re still here.” 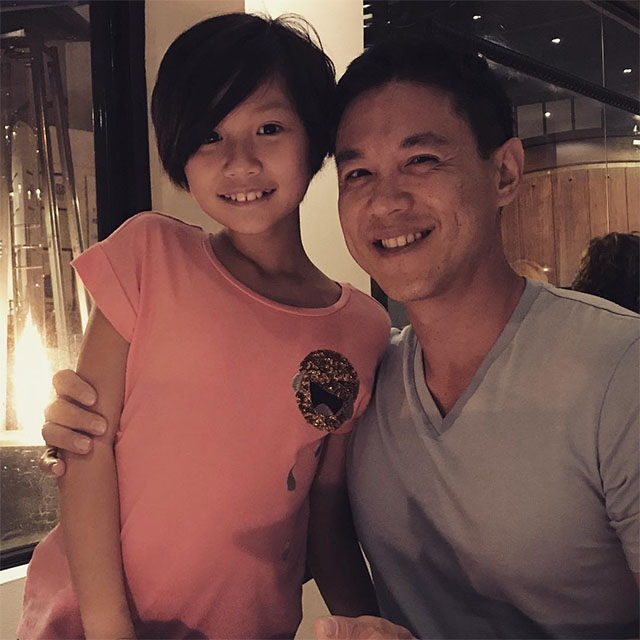 Nicole, their 12-year-old pre-teen, is herself a budding actress, having been cast in the Atlantis production of Matilda.

“She loves to sing and she loves going to the . She’s one of the best musical buddies I have. She enjoys , but I’m not exactly sure she wants to do it forever,” says Lea. “Musical might as well be classified as an athletic sport. It takes so much physical stamina, it takes so much mental energy, vocal stamina as well. It’s like your entire body is wrecked by the time the eight shows a week are done. Physical therapy is a necessity.”

Ligaya remembers the toll Miss Saigon took on her daughter those many years ago. 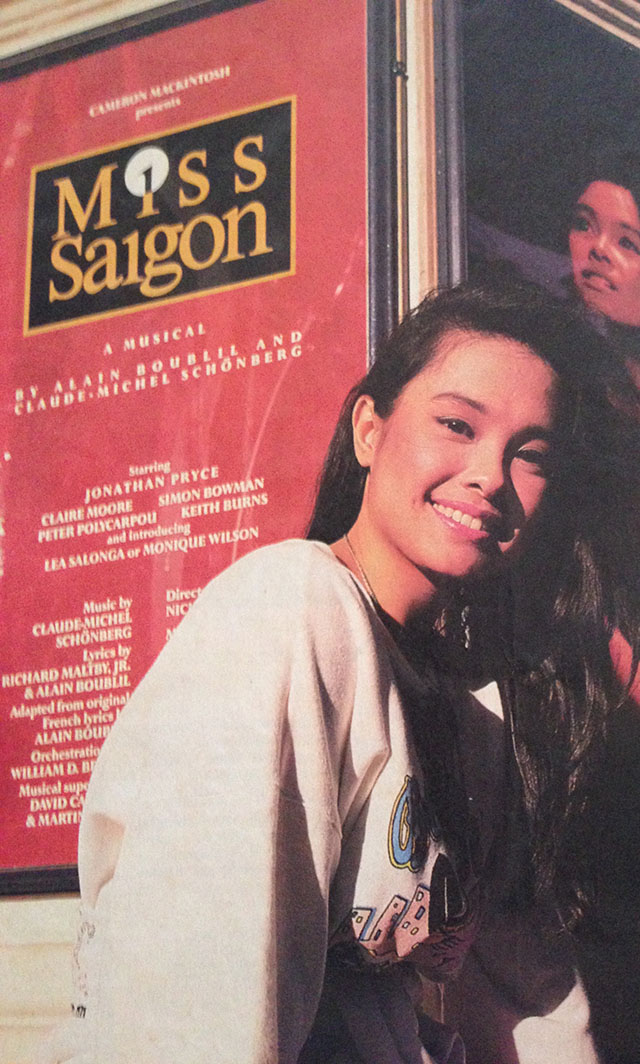 “There was all this emotion in the show. She was screaming at the top of her lungs every day. She almost lost her voice,” says Ligaya. “I had to take her to the doctor without telling them I was taking her to the doctor. So she was absent for one day and I took her to the doctor. The producers got mad at me, of course. They said they should be the one taking care of her. But then my doctor and their doctor said the same thing. She had to take three weeks off. Her vocal cords were swollen. She was developing nodules. It was so scary. She was so exhausted. So she was off three weeks and was given a voice coach, a voice teacher. There was that fear that she might lose her voice.”

Lea says that after months of hard work onstage, she always looks forward to breaks of just doing nothing.

“So when I do have the time to rest, I do nothing and hang out with my family and friends. I hang out hard. When I do nothing I do nothing hard, because when I work I work hard,” she says.

Lea admits that being away from Rob and Nicole is extremely and that every time she takes on a job, it is a “family decision” because it affects all of them. For Once On This Island, Lea had to be in New York for at least eight months.

“When I called Rob on the night of the Tonys to tell him that we won, he started crying because of the sacrifice that we all went through,” says Lea. “It’s not just me, it’s probably harder for them, because of my absence. It’s difficult for Nicole that I can’t always be there for her. So the fact that the show won the Tony made the sacrifices worth it. It’s like we had something to show for what we gave up.”

Lea says that when they, as a family, decide she will do a show, it has to be something worth flying halfway around the world for, giving up her life at home for so many months.

“It has to be singular and unique and creative and special,” she says.

We dare say that’s an apt description of herself. 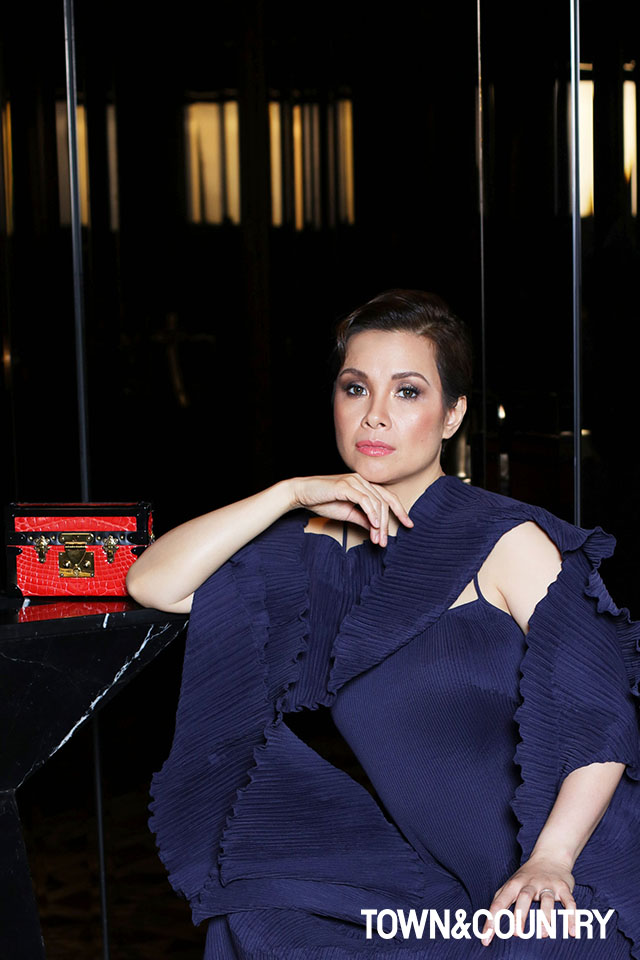 Lea celebrates her four decades in entertainment this year with a special two-day show at PICC on October 19 and 20. Both shows were completely sold out just days after tickets were released in August. 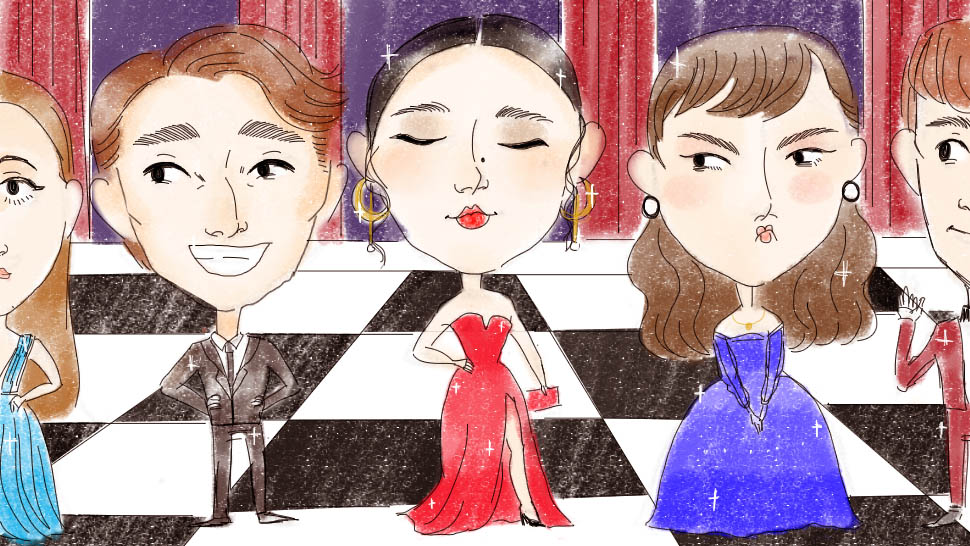 Read Next
Etiquette for Formal Affairs: The Truly Rich Lady's Guide To Attending a Ball
Read more stories about
More Videos You Can Watch
Get The Latest Updates From Esquire!
Subscribe to our newsletter!
Latest Feed
Load More Articles
Esquire Money