From Fenty Beauty to Veuve Clicquot, here are a few of the finest brands that LVMH owns.

As the world's largest luxury goods company, Bernard Arnault's LVMH has a vast portfolio of brands and subsidiaries. It has a total of 70 houses, 25 legacy houses, plus five brands that are younger than five years. LVMH's brands range from wines and spirits to fashion and leather goods, perfumes and cosmetics, watches and jewelry, retailing, and even yachts and hotels. Here, we list down a selection of LVMH-owned brands that are leaders in the luxury industry. 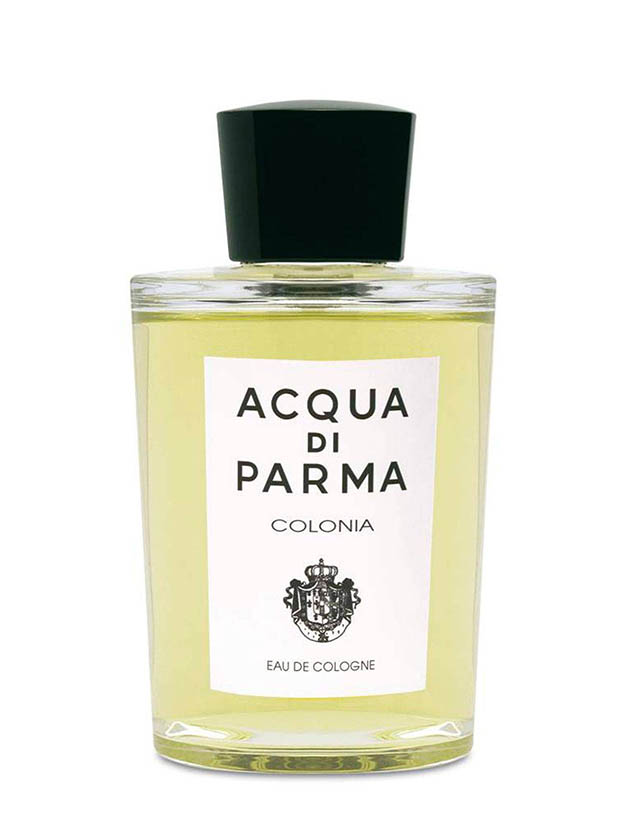 Acqua di Parma has been making fragrances, candles, bathrobes, and leather accessories since 1916. The company was acquired by LVMH in and is now distributed in 43 countries. 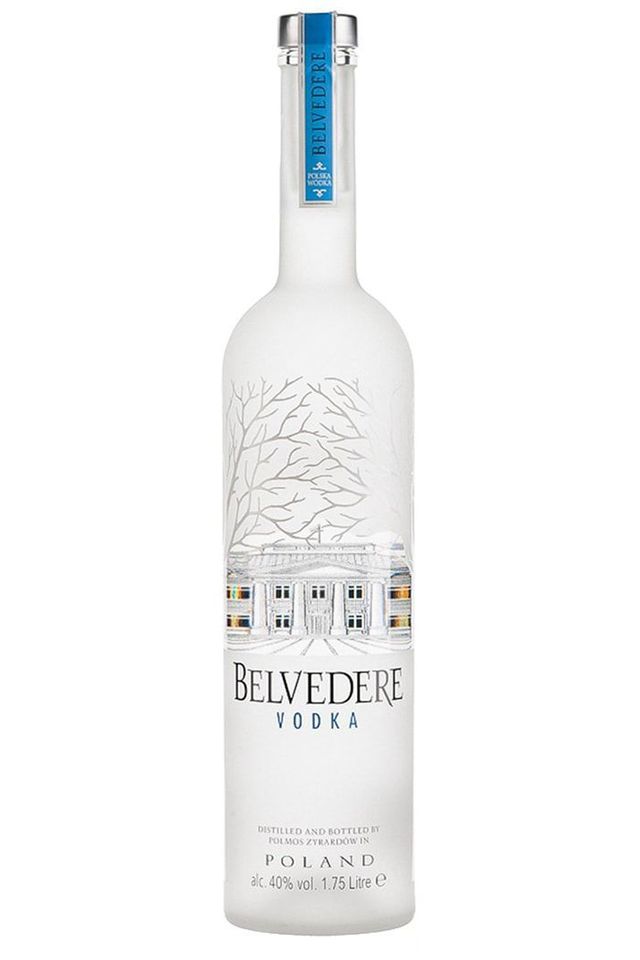 Introduced in 1993, Polish vodka brand Belvedere is the world's first premium vodka. LVMH acquired the brand after it bought a stake in Millennium, the company that imported the liquor from Poland, in 2002. This stake was then raised to 100 percent in 2005. 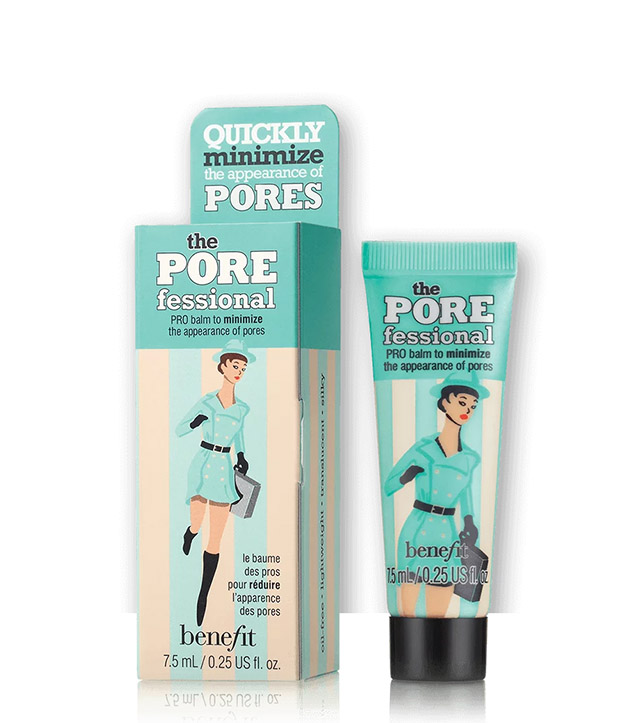 The Benefit brand was founded in 1976 in San Francisco, California by twin sisters Jean and Jane Ford. The Ford sister's launched a blush and lip tint called Rose Tint, now called Benetint, and went on to become a nationwide success in the United States. The cosmetics company was acquired as a wholly owned subsidiary in 1999, and since then, it has launched bath products and a brow shaping bar.

Founded in 1895, Berluti specializes in bespoke and ready-to-wear garments. After being acquired by LVMH in 1993, the brand launched its first prêt-à-porter collection. Today, the brand is headed by LVMH CEO Bernard Arnault's son Antoine. 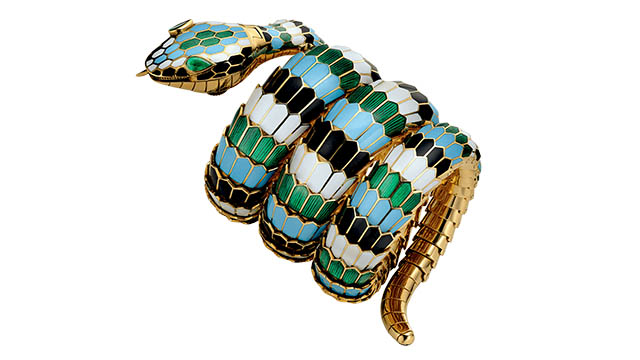 Since its founding in 1884 in Rome, Bulgari has offered the most luxurious jewelry, watches, fragrances, accessories, and leather goods. Today, it continues to do so under the LVMH group acquired it in 2011. 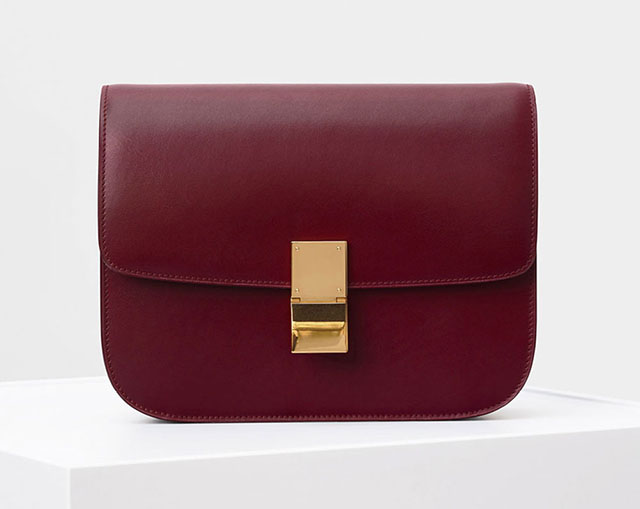 French luxury brand Celine was founded by Céline Vipiana in 1945. Its history with LVMH started after Bernard Arnault bought into the brand's capital in 1987. In 1996, the brand was fully integrated into the LVMH group. Today, Celine has over 150 stores worldwide and is stocked in the world's best department stores.

The House of Chaumet has made exceptional high jewelry since 1780. In 1987, the company filed for bankruptcy and it was soon bought by LVMH. Under LVMH's guidance, the brand has grown to include clientele from Japan, France, and China.

LVMH first acquired Dior through its Parfums division in 1967. Through the years, the company's stake in the fashion house grew until Bernard Arnault became the chairman, chief executive officer, and managing director. 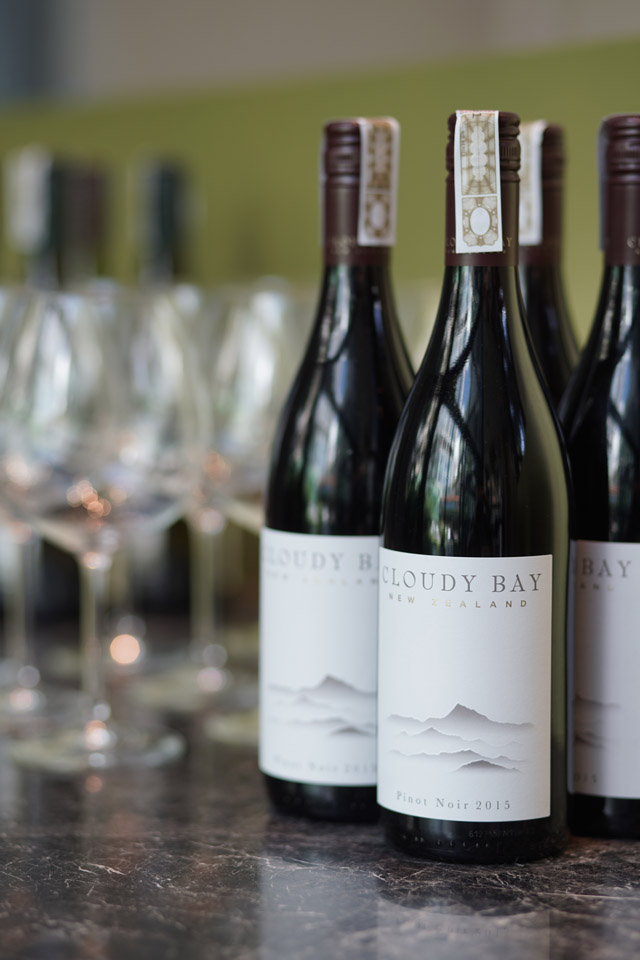 Founded in 1985, Cloudy Bay is a winery found in the Marlborough region of New Zealand. LVMH acquired the winery in 2003 through another brand Veuve Clicquot. 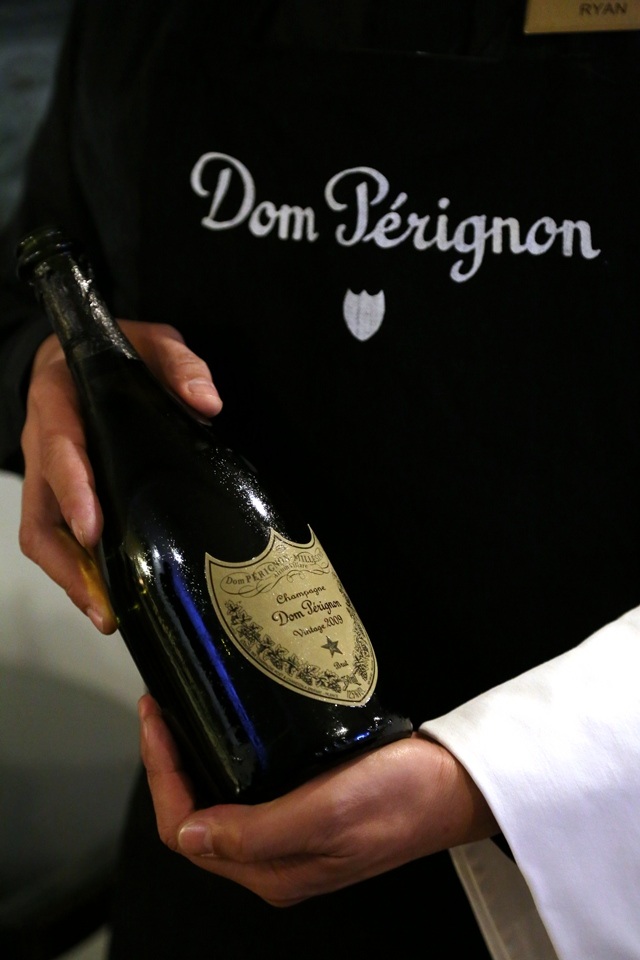 One of the world's best Champagnes, Dom Pérignon  takes its name from a monk who pioneered winemaking techniques in the 17th century. The first vintage Dom Pérignon was bottled in 1921 and released for sale in 1936. Under LVMH, the brand has become more and more recognized around the world.

The Pucci brand was founded in 1947. Through the years, the Italian fashion brand has become known for its brightly colored patterns called Pucci prints which were favored by the likes of Marilyn Monroe, Sophia Loren, and Jackie Kennedy. In 2000, LVMH acquired 67 percent of Pucci and the brand into the new century by bringing in major designers such as Christian Lacroix, Matthew Williamson, and Peter Dundas. 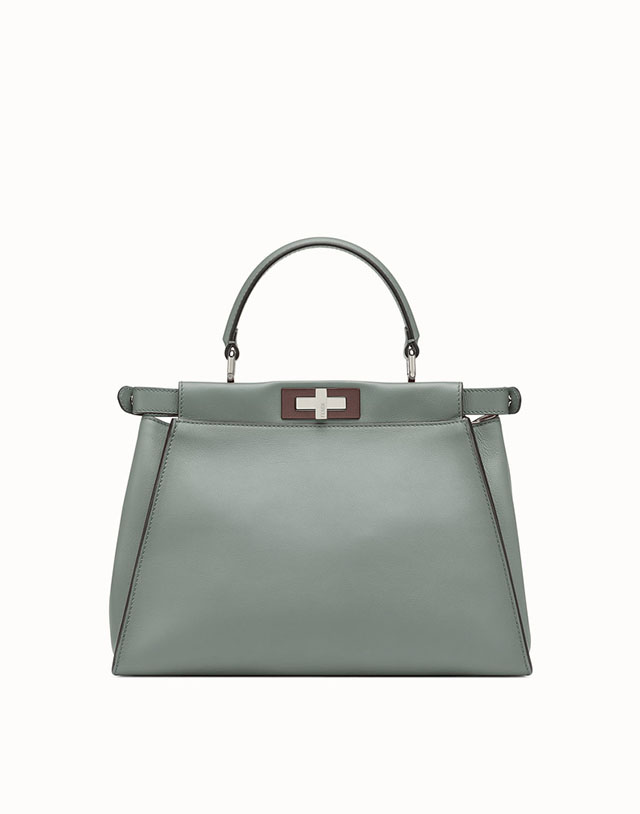 Italian fashion house Fendi was acquired by LVMH in 2001. The descendants of founders Adele and Edoardo Fendi, however, still work with the brand. One of them, Silvia Venturini Fendi, works as creative director for accessories and menswear.

Launched in 2017, Fenty Beauty is one of LVMH's newest endeavors. The cosmetics brand by musical artist Rihanna is best known for providing inclusion of all skin tones.

, a Scotch brand, was acquired by LVMH in 2011. One of the distillery's most prized bottlings, aged in a significant cask, was produced right after the acquisition.

Founded 190 years ago, French beauty house Guerlain is one of the oldest in the world. Before being bought by LVMH in 1994, the brand was by the Guerlain family. 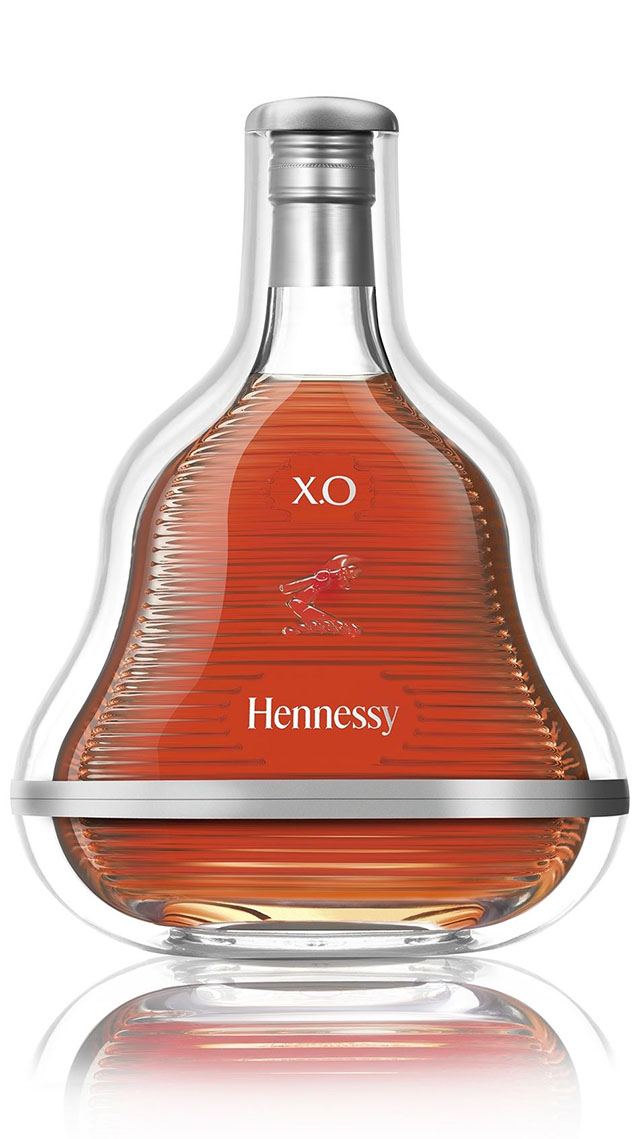 Jas Hennessy & Co. is a brandy distillery that's been bottling cog since 1765. In 1987, it merged with LVMH and was overseen by Bernard Arnault. Today, Hennessy sells about 50 million bottles a year making it the world's largest cognac producer.

Hublot was founded in 1980 by Carlo Crocco. The Swiss luxury watchmaker was the first to use a natural rubber strap in the industry. Today, it operates a wholly owned subsidiary of LVMH.

LVMH purchased Kenzo in 1993. In recent years, the fashion house has hired Humberto Leon and Carol Lim as creative directors while collaborating with H&M and Inglot Cosmetics.

Founded by Joseph Krug, Champagne Krug has been bottling its wines since 1843. While of the house is owned by LVMH, the Krug family is still highly involved in tasting and decision making. 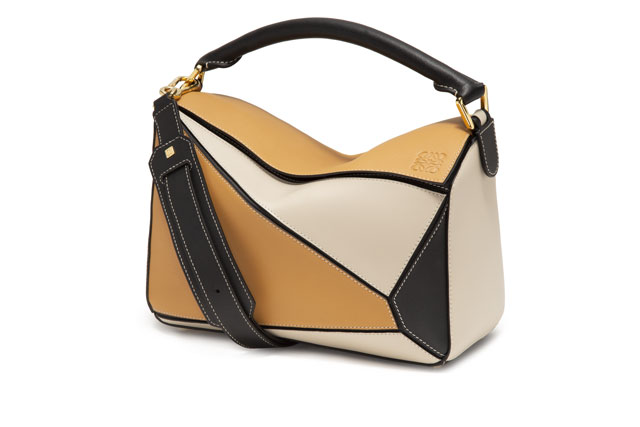 Founded in 1846, Loewe is a Spanish luxury fashion house that's known for its leather products. In recent years, LVMH has rebranded the house through creative director Jonathan Anderson. Today, the brand has grown to become one of fashion's biggest labels.

Italian clothing company Loro Piana has made the most luxurious cashmere and wool since the beginning of the 19th century. 80 percent of the brand was purchased by LVMH in 2013. As of 2017, however, the Loro Piana family still owns 10 percent of the holdings. 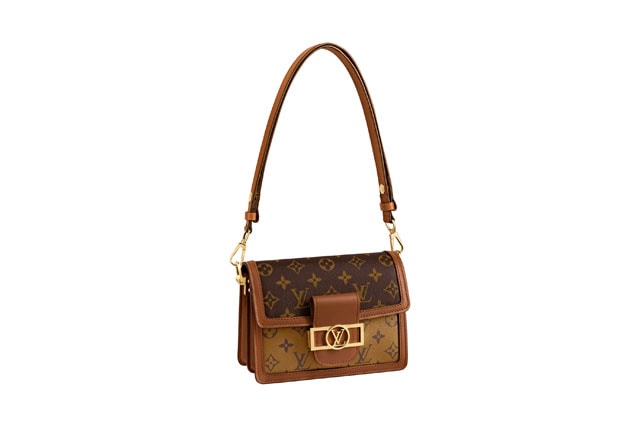 A year after Bernard Arnault acquired Louis Vuitton, profits were reported to have risen by 49 percent from the previous year. The LVMH group then expanded the French luxury fashion house by opening numerous stores worldwide and making Marc Jacobs in charge of ready-to-wear.

Armenian perfumer and businessman Francis Kurkdjian had created a number of notable scents for other brands before opening his own fragrance atelier. Today, Maison Francis Kurkdjian is one of the notable brands in the niche fragrance market with more than 300 stores worldwide.

Make Up For Ever

Founded by make-up artist Dany Sanz, Make Up For Ever offers products used in the fashion and movie industries. In 1999, LVMH acquired the brand and developed it to become one of the biggest cosmetics brands today.

Claude Moët established what would become Moët & Chandon in 1743. The French winery was merged with Hennessy in 1971, and subsequently, Louis Vuitton in 1987. This move was what would build the luxury conglomerate now known as LVMH.

Before taking the helm at Louis Vuitton, American fashion designer Marc Jacobs launched his own design company to produce a menswear collection. He was then appointed as creative director of Louis Vuitton while his eponymous brand came to be owned by LVMH.

In 1849, two trunkmakers and a travel goods specialist opened the first Moynat store on Rue Saint Honore. The house became famous for its leather pieces, bespoke luggage, and other travel accessories. LVMH bought Moynat in 2010 and relaunched it the next year. 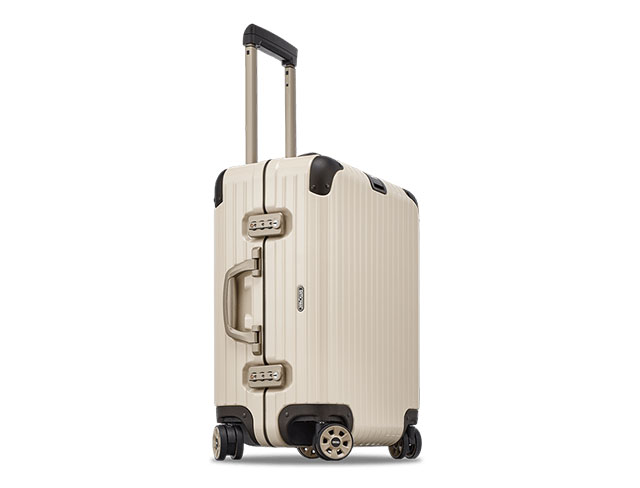 Established in 1729, Ruinart is the world's oldest Champagne house. Ruinart's distinct taste is a product of its aging in ancient chalk pits. Today, it is owned by the LVMH group.

As of 1997, Sephora has been owned by LVMH as a subsidiary. The group executed a plan to expand the stores globally as well as positioning it to be a beauty- and cosmetic-centered retailer. 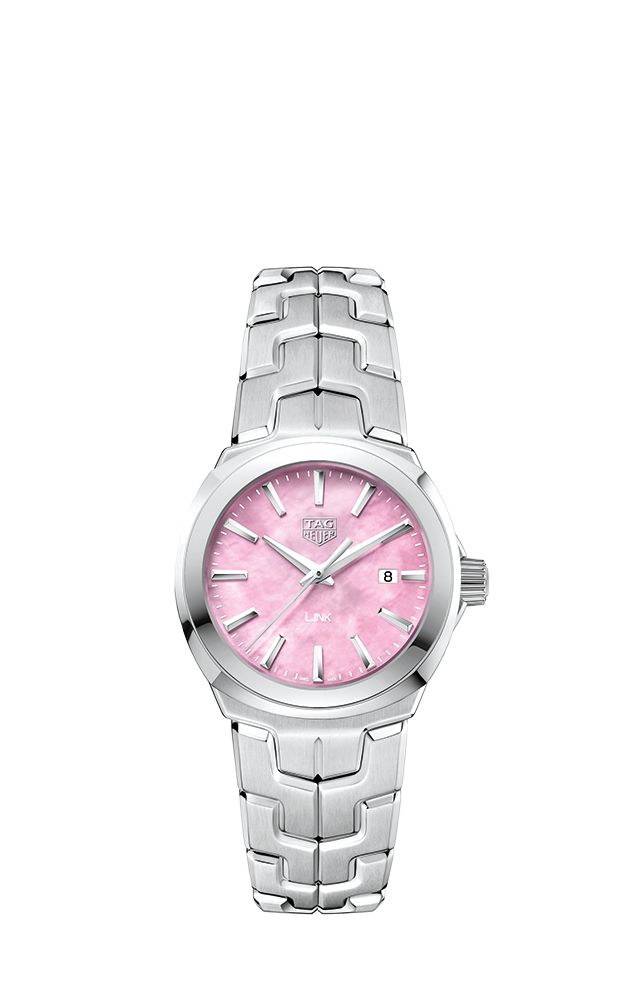 Swiss luxury company TAG Heuer was acquired by LVMH in 1999. From watches and accessories to eyewear, TAG Heuer makes a number of products under license.

Thomas Pink was one of the brands that LVMH acquired in the '90s. The group purchased 70 percent and in the following years purchased the remaining stake. The British shirt maker is known for its impeccably tailored apparel. 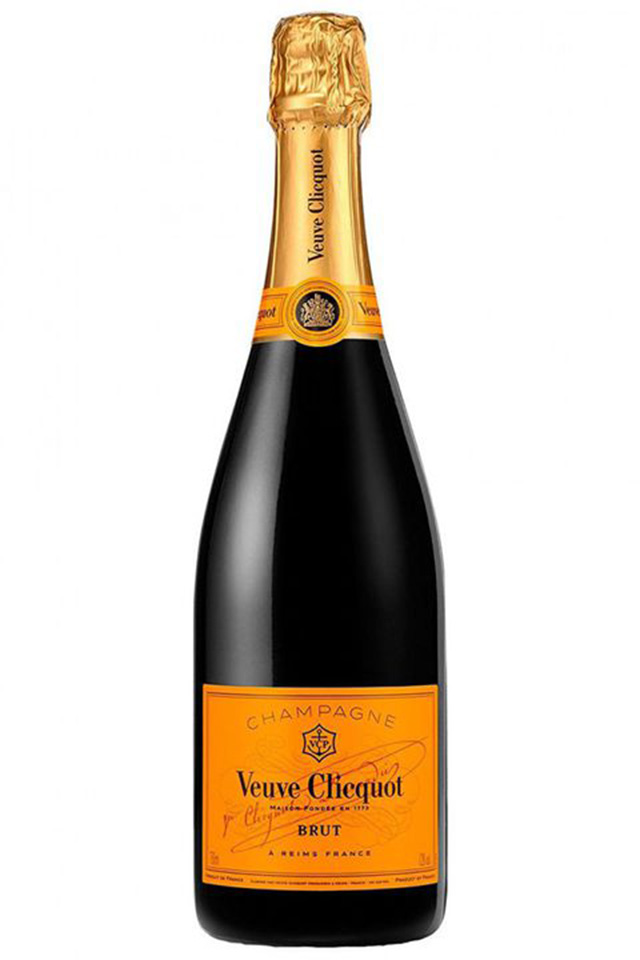 Founded in 1772, Veuve Clicquot is one of the oldest in the world of Champagne. Now owned by LVMH, the French house continues to pursue growth. 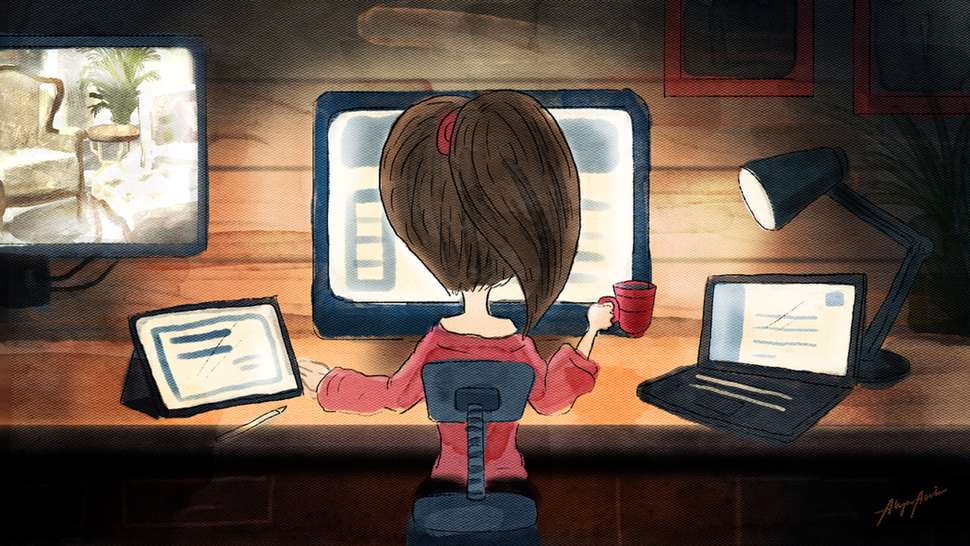