It's possible to be both strong and gentle at the same time. 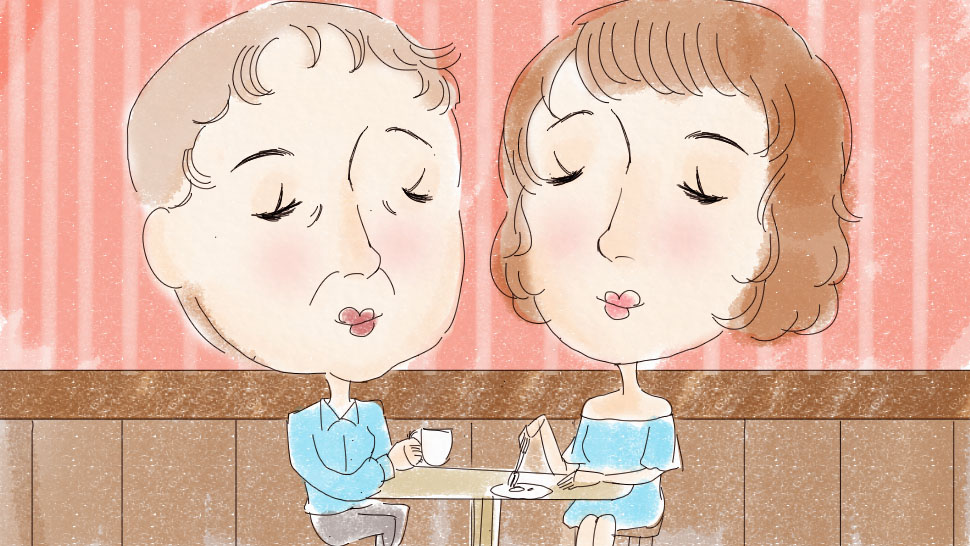 It may surprise you to know that times haven’t always been rosy for the Coos. There was once a horrible moment when, because of this unfair thing called the global economic downturn, the Truly Rich Fortune weakened.

The suitcases of cash (millions!) casually piled under beds were , a large house filled with memories was sold, important pieces of  acquired as an emergency cushion finally served their purpose. It was that bad.

While all these were happening, I, a young Si-si Coo, was in the Big Apple filling my brain with the knowledge of foreigners and my stomach with morbid amounts of apple pie. I was unaware of the situation until a notice arrived at my apartment. I was told she must settle rent immediately or else be thrown into a dormitory-style room.

“What? I don’t understand?” I asked in my signature girlish tone.

“You are poor,” the mistress of payments pointed out.

I phoned home immediately. “What is happening, Mama?” I asked in a huff, pointing out how it was really “...inconvenient to be inconvenienced. Can you get the line of payment in order, please.”

Mother replied, “Well, dear, you see… You have to sit down… How do I say this...” My Truly Rich Mother was rambling, a manner that was uncharacteristic of the always well-spoken and elegant Coo. And then her voice went soft and later quiet, and I heard thing. Mama was crying. Actually, both of us were crying.

“Yes, dear. It is true. We are not as Truly Rich at the moment,” she said. “I also received a very gruff notice about late payment. The letter made it sound like we are -poor and as if we live in a country where people walk barefoot, sleep on the tops of coconut trees, and use seashells as money. We have no more shells!”

“What are we to do, Mama?” my miserable young self asked.

Coo gathered herself and said this to me, young Si-Si, who was living far, far away in one of the most expensive in the world: “Don’t worry, my dear. I will take care of it.”

Just to be clear readers, that was my young self, the teenage, ravishing Si-si. And that episode was the last time I had heard undiluted fear in the voice of my mother, a kind of ugly dread that parents dare not display to their children. Which just scared the living daylights out of me.

I found out later that, to cover my living expenses abroad, Mother had sold a few of her most treasured possessions: a pair of earrings that was hundreds of years old, a painting by a Filipino master, in which she was the subject, and her (maybe gaudy) collection of Lladro figurines. That was enough to fuel my expensive apple pie habit. Things picked up a few years later, and we never spoke about the horrible period again, until very recently.

“Mama, remember that phone call about the rent from years ago?” I asked out of the blue.

“Si-si, I don’t know what you are talking about,” she said. “Just know that I would do anything for you, my sweet dear. Anything to make your life easier and more beautiful. Why, I would even sell the clothes off my back, except that my dress size is too small for the other doñas in this town. Now, please stop asking me silly questions.”

It was then that I realized how big a heart my mother has. I am a daughter, so I know from being on the opposite side of the parent-child relationship that, for all the declarations about how motherhood is such a joy, it is most of the time unrewarding.

Raise your hand if you, like me, have transformed into an adult tantrum thrower with zero patience because your mother has once again reminded you to do something important like, say, getting your veneers fixed. You may have replied in a horrid manner like me, chomping down on the crispy bit of chicken just to prove a point (my fake white teeth are fine!) or in a rude manner, dismissing her words with silence and a glare.

But mothers seem to have an unlimited reserve of patience, which I just don’t get. Don't they get fed up? Wouldn’t the normal reaction to being treated poorly be a magnificent tirade peppered with unholy exclamations or, for really old-school parents, a lashing with the broom? I know if I were a mother I would drag my own self by the hair and threaten to cut off access to The Funds if I acted that way.

Like maybe when I had, during a past life, brought home a boyfriend who was a painter, an actual painter, as in a painter of walls. My Truly Rich Mother had the perfect reaction: nothing. She understood I was going through a phase that involved wall painting and so let me and my painter man be. She was even warm to him, helping disguise his true occupation from my father, who would have caused a major ruckus.

I am not a mother (except to a lazy cat and a wardrobe of vintage coats) so I have a hard time reconciling the logic behind giving so much of myself for so little in return. I mean, I did not even say thank you when she thoughtfully managed my travel arrangements for the next week. Instead of gratitude, I was annoyed at her selection of accommodations in the fusty part of town and also for rummaging around my room without permission.

I shooed her away then, but later, when I was in  like when for example an evil man broke my heart, I demanded attention. And she gave me exactly what I needed: a gentle heart that soothed away my worries, as well as stern judgement and no-nonsense advice to help sort out the mess. Also, a pot of my  comfort food. I like mac and cheese.

A mother is a strange creature. Sometimes she can be very annoying, especially when she is always poking around my business (I can buy my own shoes, thank you) or asking me to “smell this.” Is it weird that she can be both strong and gentle at the same time? Is it crazy that she always sees the good in me, who is not so good to her? And is it spooky how she understands fully what is in my heart even when I do not tell her?

I don’t know if I am prepared to become this glorious person who puts someone else first (I am still living the single and fabulous me-me-me life!), but every day, with my mother, I am slowly learning how to do it. 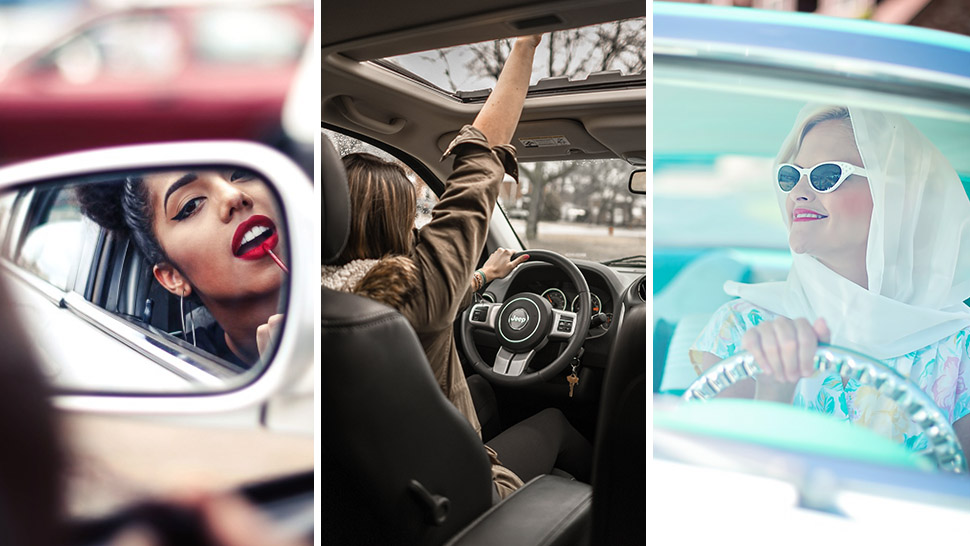 The Perfect Luxury Car For Every Type of Mom 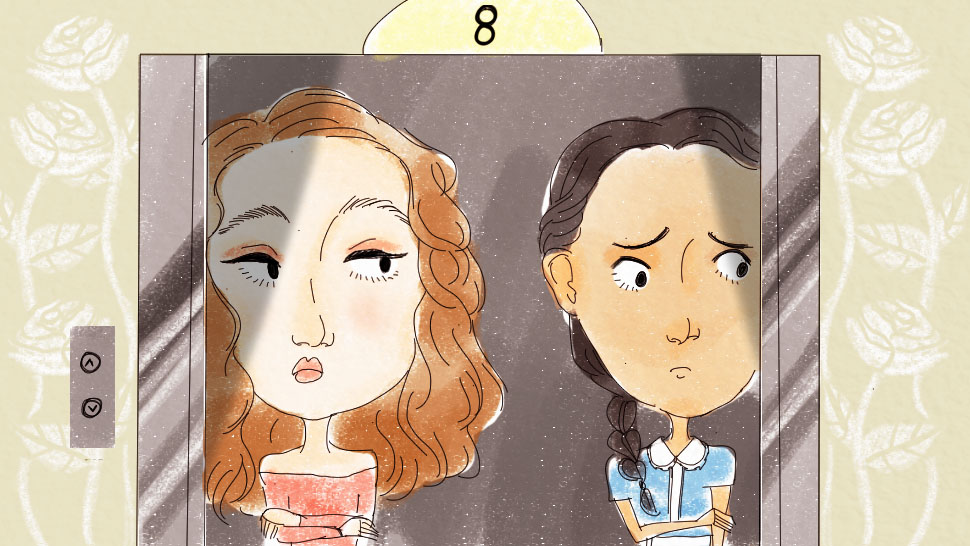 Truly Rich People Allow Everyone to Ride In the Same Elevator, Says the Truly Rich Lady
All Photos
Comments
View As List