What Do You Do When You Discover a Friend is Being Cheated On?

Do you spill the beans or keep a golden silence? 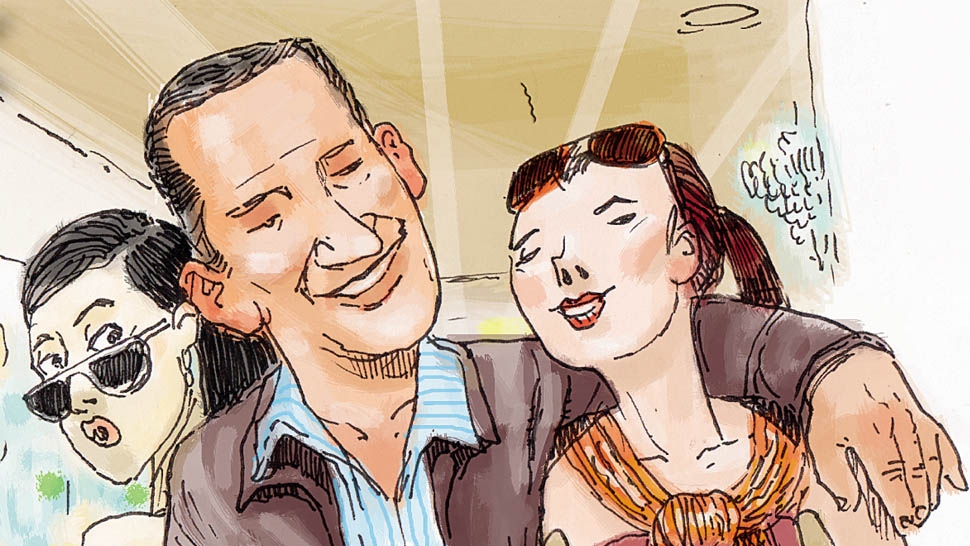 Rummaging through his things, she uncovers proof of her dead husband’s infidelities—jewelry pouches, some empty, some still containing ornaments of sterling silver, semi-precious colored stones, and diamond-dead-ringer zirconia, things not too expensive but she herself had done without. Predisposed somehow to leave room for doubt, she regards these finds as inconclusive, not positive proof—until the love notes turn up.

Now she’s forced to retrace the painful logic behind all the secrecy of his last trip to Manila from the United States, their home for 30 years. His excuse this time was a milestone class homecoming, one easy enough to pull off—after all, in one’s septuagenarian years everything that happens is a milestone. Moreover, come to think of it, he had taken his trip alone, never with her, indeed timed so that one was on the other side of the ocean.

During his last trip home she received the shock of her life: He had suffered a stroke. She flew to be with her husband as he lay dying, incapable altogether of communicating. In fact, even before rumors surfaced about his secret life in Manila, their marriage had begun to baffle friends. In midlife they separated in faith: She remained staunchly Catholic, while he switched to a Christian sect quite intolerant of Catholic ways, and even got their children except one, to convert along with him.

In the meantime, his Manila visits became more and more frequent, and the rumors that followed him became thicker and thicker. To be sure, even before they left to settle in the U.S., she had had her suspicions. But how long can one endure the torture of such suspicions? Now in her 70s herself, our widow surely is not in any easier situation for a heartbreak—unless primed for it; after all, she has been dealt heartaches often enough.

She decided to hire a detective, and one night trailed him herself. She saw and learned all she needed to see and know—the woman, the trysting place, the illegitimate child.

Now, with proof posthumously unearthed, she is driven to search for the very truth she has long dreaded to find, hoping to be liberated from her pain, but in desperation, not unlike a moth attracted to the flame, unmindful of the risk of self-immolation. All this would be understandable if she were looking for a compelling reason to get out of a situation. But her tormentor’s death has rendered the case closed: There’s no situation to get out of, no one to walk out on. Only one thing remains to be done—bury the infidelities with the cheating bones and carry on with the rest of her life.

Still, while the case is one closed by force majeure for our widow, it has cautionary lessons to offer. For instance, some friends who have known now ask themselves if they would have been any help if they had alerted her to her husband’s affairs, instead of leaving her to find them out on her own. The question is raised indeed on the premise that younger hearts can take heartbreaks better.

So I ask a younger cousin who has had her share of heartaches, and can’t be sure she has suffered her last, since, at 60, she’s still a head-turner. Friends, doubtless well meaning, felt duty-bound to let her know each time they saw her husband with someone else. She acted on every tip, shadowing her husband and confronting him, even publicly. Anyway, there was just no way she could go back to sleep once roused by an alert. Besides she felt herself duty-bound to reciprocate the loyalty and diligence of her friends. All the same that diligence did not stop him or save the marriage. She wishes her friends had not been so helpful, she now says, recalling how the whole affair pushed her to the edge of a mental and physical breakdown.

I myself have never been inclined to deliver such heartbreaking tidings. At the first serious, firsthand instance, I searched and found my place. I struggled with my conscience, asked myself where my responsibility, if any, lay: Does not being a witness in itself serve as a signal that I have to do something? By telling or not telling, indeed by doing or not doing anything, would I have not made a prejudgment either way—that a wrongdoing was or was not committed? It was when I contemplated what I saw that I began to realize there was no way anyone could be certain. As it happens, I have not been put in a situation where what I saw was beyond doubt a case of infidelity. At any rate, I’ve always opted not to tell, kept my hands clean and my conscience clear.

But is that what friends are for?

When an older friend asked me pointblank if I had heard the rumors about her husband, I said I did, but added that rumors are rumors. All the same she felt let down not being told. She decided to hire a detective, and one night trailed him herself. She saw and learned all she needed to see and know—the woman, the trysting place, the illegitimate child. Still, in the end, she realized she was too much a Christian to not forgive. So she forgave this one case, then another, then yet another, until finally, much to her relief, he left her and home for good. She has forgiven me too, and we remain good friends.

I suppose it’s only normal for a wife to want to know for sure. But then I happen to be a wife made atypical by an atypical childhood. Growing up with my grandmother, I lived in innocent bliss, unaware of my father’s own sins and my mother’s pain. But knowing now how my mother suffered, I doubt wives would still insist on knowing if they knew how devastating and life-altering discovery could be for them, whether or not their marriage survived.

“I’ve always opted not to tell, kept my hands clean and my conscience clear. But is that what friends are for?”

By my own atypical light, I’d say it’s an attitude informed by a philosophy preaching that it’s happiness, not suffering, that gets you through whatever life you’re dealt. I believe that nature, life, or, if you like, God Himself, whose great compassion for us humans is evident in the world, spares some of us certain truths until we’re ready for them, until, say, when the cheats are made incapable of further cheating because they’re dead.

Another risk of telling is being caught in a complication that involves a man who can’t bring himself to tell his wife he wants out and therefore arranges to be caught, hoping to provoke a breakup, and a woman so against it, on the other hand, she’s willing to play blind.

Where some wives regard initial indiscretions as mere lapses, others see them not only as signs of a predisposition, of potential recidivism. They begin therefore to make plans for a future without their husbands; they go back to school or pick up their waylaid career or put up businesses of their own. Those who get a makeover don’t necessarily do so for re-salability, but in the hope in fact of keeping their husbands, many of whom actually end up feeling punished, not rewarded, by the makeover and find even more reason to philander.

At any rate, wherever the marriage goes, all bridges should be preserved, not burned, to allow the spouses to find their way back to an amicable settlement for the sake of the children, who will always be part of their lives. Breakups for me are a matter strictly between spouses, and cheating but a symptom of a domestic dysfunction, best handled therefore with the professional help of detached specialists.

I’m not sorry I never volunteered information and have always given suspect spouses the benefit of the doubt. But age and experience are showing me a new perspective. I find myself wondering if, by keeping my mouth shut, especially in a case that needs no proving, I have not allowed myself to become a part of a conspiracy of silence against the cheated spouse. Convinced now that marriages break up for deeper reasons than the intrusion of a third party, who generally gets the brunt of the blame, I have become open to telling, although, again, only in certain circumstances. If I decide at all to report a sighting I would do so casually, without judgment or malice. Neither would I do so rashly. Timing is for me a critical consideration; I’d allow time to pass for revelation to happen in a more private, and courageous, manner (the cheat confessing) or a more natural or serendipitous one (the cheated stumbling upon evidence). If all the same I failed to tell in the end, it could only be a perfectly excusable case of serendipity or, on my part, seniority or senility.

My own decision to tell would largely depend on the level of intimacy of my relationship with the parties involved. If the innocent wife happens to be my daughter I would certainly and immediately tell her for two reasons: one, I’d presume it an innocent sighting; two, my son-in-law should expect me to tell—indeed, he should be disappointed if I didn’t.

About The Author
Chit Roces
View Other Articles From Chit Roces
Get The Latest Updates From Esquire!
Subscribe to our newsletter!
Latest Feed
Load More Articles
Esquire Money 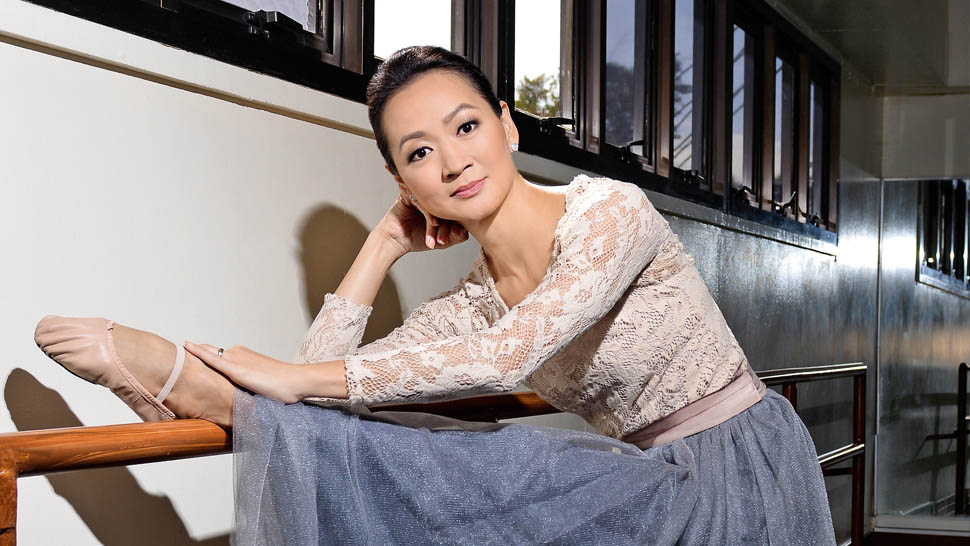 Fitter Than Ever: How To Have An Ageless Body 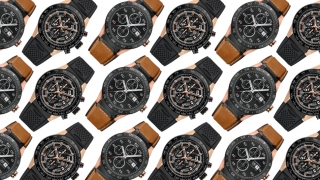