One of the world's Big 5 Motor shows surpasses expectations yet again.

It was a great time to be in Tokyo last week, and it wasn’t just because of the cool temperature—a nippy 15 degrees Celsius in the morning and a crisp 23 degrees at midday. Global press descended upon Koto City for the biennial Tokyo Motor Show (TMS), which was held at the expansive Tokyo Big Sight located just by the shores of beautiful Tokyo Bay.

Considered one of the five major motor shows (the other four being Detroit, Frankfurt, Paris, and Geneva), TMS celebrates traits and styling that are uniquely Japanese, while also pushing the boundaries of what an automobile can do.

This year was no different, and even as the country is preparing to host the 2020 Summer Olympics, Japanese automakers spared no expense and brought out the most advanced concepts and innovative vehicles the world has ever seen.

Headlining the company’s display is the e-Palette, which literally rolled out as part of the opening speech of Toyota Motor Corporation President Akio Toyoda.

This unit boasts of a driverless system and relies on LIDAR (light detection and ranging) sensors to move around.

It will be manufactured in Toyota’s Technical Center in Japan and will use shatter-resistant resin glass on the huge windows and will be powered by lithium-ion batteries.

Only 10 to 20 units will be initially produced and as Toyota is an IOC (International Olympic Committee) sponsor, all of them will be used to take athletes in and around the Olympic Village in July 2020. Maximum speed is 19 kilometers per hour.

There’s also a smaller version called the Micro Palette, which will serve as a delivery robot flashing feel-good messages on the monitor that’s built around its body.

Toyota’s big booth also included a virtual racing suit maker that will customize fit, form, and even the seats for the e-racer; a single mobility unit called e-4me that allows the rider to literally do what they want while en route to the destination; a ride-sharing service called e-Trans; a mobile wireless charging station with Wi-Fi and an air purifier that can power anything from small devices, to battery electric vehicles (BEVs), and even small cities; a mobile clinic called e-Care that “allows a passenger to talk with a doctor and also undergo a medical exam on their way to the hospital;” and the pièce de résistance, the Harry Potter-inspired e-Broom, which didn’t really float in the air but will feel like it once you hop on and wear the skates to move around.

The Lexus LF-30 Electrified Concept looks like something out of a Steven Spielberg movie and is not technically the next step in the evolution of Lexus. Think of it more as the preview of what their vehicles will look like in 2030. Hence the 30 in the model name, which is also a nod to the brand’s 30th anniversary this year.

The exterior is a little over the top, I’ll give you that, but it’s supposedly an expression of the energy flow from the body to the road surface. Not having an engine allows it to lose the hood and have the spindle grille manifest itself along the full expanse of the façade.

Each of the LF-30’s wheels will come with its own motor, which will send it from zero to 100kph in just 3.8 seconds all the way to a projected top speed of 200kph. Maximum motor output is 400 kW and torque is a whopping 700 Nm. Cruising distance is estimated at 500 kilometers.

As a smart vehicle, it’s fitted with AI (artificial intelligence) to recognize the voice of vehicle occupants and use personalized data to customize the ride, and can also propose activities at the destination.

But the best part about the LF-30 is none of the above. My personal favorite is the Lexus Airporter, a drone type panel that’s capable of many tasks, including moving luggage from the house to the trunk and vice-versa.

The company’s whole idea comes from the premise that you can simply press a switch in their concept vehicle to make the cabin change to suit your needs and wants.

It begins with the Waku Spo. The cockpit changes appearance and function depending on the driver’s mood. Standard mode has a wood grain finish and basic vehicle information. Sports mode opens the panel up to reveal a large monitor with comprehensive vehicle data for the driver to use. Its second-row doors slide back for easy ingress and egress.

There’s the Kombi-looking Hanare that comes with “freeform styling,” which just means that it looks the same and is shaped the same, front and back. Its movement copies its design. Each of the drive wheels come with its own motor to allow it to move left to right or front to back easily, which is really helpful in Japan’s narrow streets and parking slots.

The Hustler Concept looks like a bigger and more macho version of the popular Jimny. With four doors and a roof rack, it projects a go-anywhere attitude paired with a funky cabin highlighted by decals on the seats.

Two concepts were on either side of a gorgeous digital tree with red falling leaves that mimicked the season the event was in.

On one side is the Aria Concept. An EV crossover that will embody the brand’s Intelligent Mobility feature and will come with Nissan’s Propilot 2.0 driver-assist system.

Off to the other side is the IMk Concept. The “K” refers to its status as a kei car or minicar and will also run on an electric powertrain. It’s designed to be a connected vehicle with driver assistance technology.

You could say “rugged utility” was the brand’s theme with three concept units on display, one wagon and a couple of off-road vehicles.

The MI-Tech Concept (the name stands for Mitsubishi Intelligent Technology) is a dune buggy on steroids. Designed to be a plug-in hybrid, it will have a four-motor electric four-wheel drive system with front and rear dual-motor active yaw control, and advanced driver assist features displayed on its augmented reality windshield. Powering it is a gas turbine engine-generator (instead of an internal combustion engine) that can run on either diesel, kerosene or alcohol.

Its more robust cousin is the Engelberg Tourer Concept, which is also a plug-in hybrid vehicle. It can go more than 70 kilometers on full EV mode and more than 700 kilometers on both engine and battery power. Opt for front-wheel drive or full-time 4WD using a twin motor system on both front and rear wheels.

Bringing utility to the next level is the Super Height K-Wagon Concept (K also stands for kei). Mitsubishi claims it will have the largest rear door opening and rear legroom in its class as it was designed with the family’s comfort as the topmost priority. It will come with the marque’s e-Assist preventive safety technology and MI-Pilot single-lane driver assistance. Even in concept stage, it’s designed with a contemporary powertrain, an internal combustion engine and continuously variable transmission.

The CX-30, a compact crossover that slots right above the CX-3, was already on display and is confirmed to hit the Philippine market before year’s end, but the star of Mazda’s display was the Euro-spec all-new MX-30.

It’s a crossover with center-pillar-less suicide doors, larger in front than the rear, and a blacked-out roof.

There’s a seven-inch touchscreen display that changes graphics depending on the environment it's driving through and will use recycled materials like door trims made of fibers from plastic bottles and the center console out of cork.

Under its hood is a new e-SkyActiv electric-drive system paired to a lithium-ion battery pack, though Mazda has yet to reveal actual power output.

Concepts may have been aplenty, but it was Honda that broke the streak and introduced a production model, one that’s familiar to many Filipinos.

The photos may say Fit on the models but in our neck of the woods, this is known as the Jazz.

Its exterior is as streamlined as before, maybe even more. The hood almost forms a direct line with the front glass (for better aerodynamics) and the A-pillars are angled to give the drive a wider view of the road.

There’s a face-like image—with Bumblebee eyes, nose and a grin—on the façade, which had people thinking Transformers, plus the body loses all the sharp edges and opts for softer and gentler curves.

The overall look feels like a throwback really, which had people on the fence about its design.

Front seats will get a Honda-first, new-generation body stabilizing seats that reduce stress on the body, especially on long drives. Rear seats will still come with a variety of configurations to allow for large cargo.

It’s going to be the first model to come with a two-motor hybrid system or what Honda calls e:HEV, which increases fuel economy while reducing emissions.

Some trims will come with Honda SENSING advanced safety and driver-assistive system, and also Honda CONNECT on-board communication module, but these may be for Japan-market units only.

Each year appears to be the best TMS, yet the latest always manages to surpas expectations.

I never thought I’d see a broom motorized and the term “palettes,” which are wooden platforms that bear heavy cargo, will be part of the name of a people-mover at the Olympics.

Hybrids, EVs, the latest safety systems, autonomous driving, and even artificial intelligence, it was all there; different automakers, sharing the same goal: better and safer mobility for all.

The 46th edition of the TMS was another display of Japanese craftsmanship and ingenuity presented in vehicle form. It foretells the future of mobility by presenting what can be done today and what it will do tomorrow. 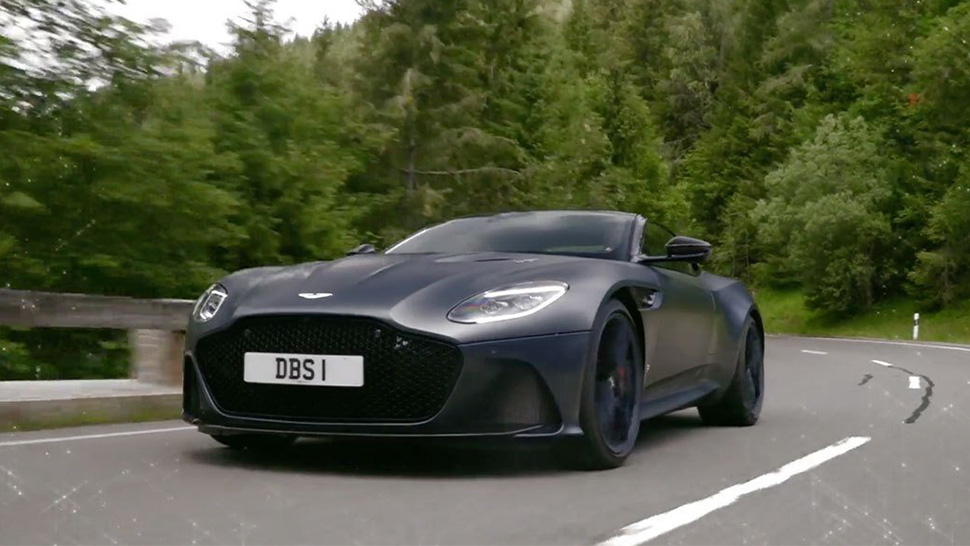 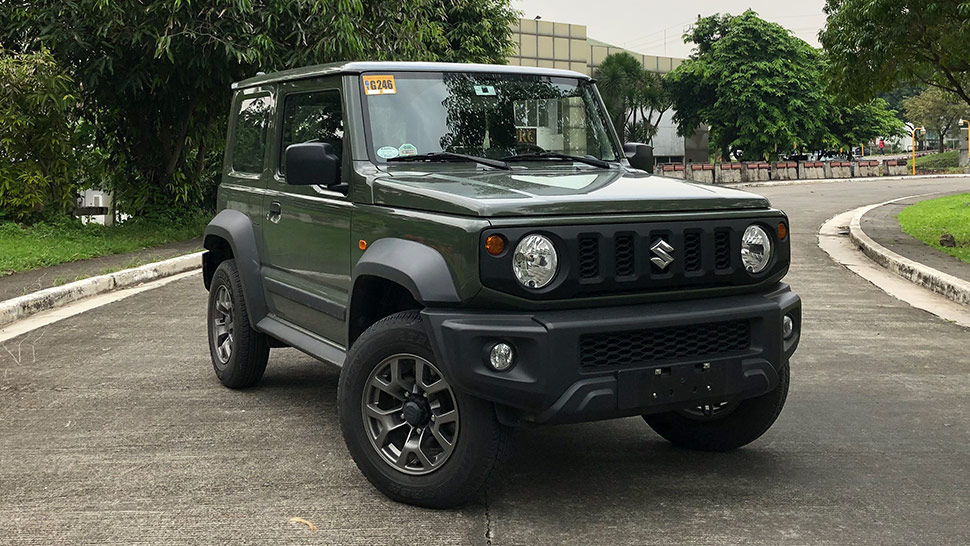