Whether it’s paragliding or trekking through an active volcano, the German marque’s midsize SUV delivers 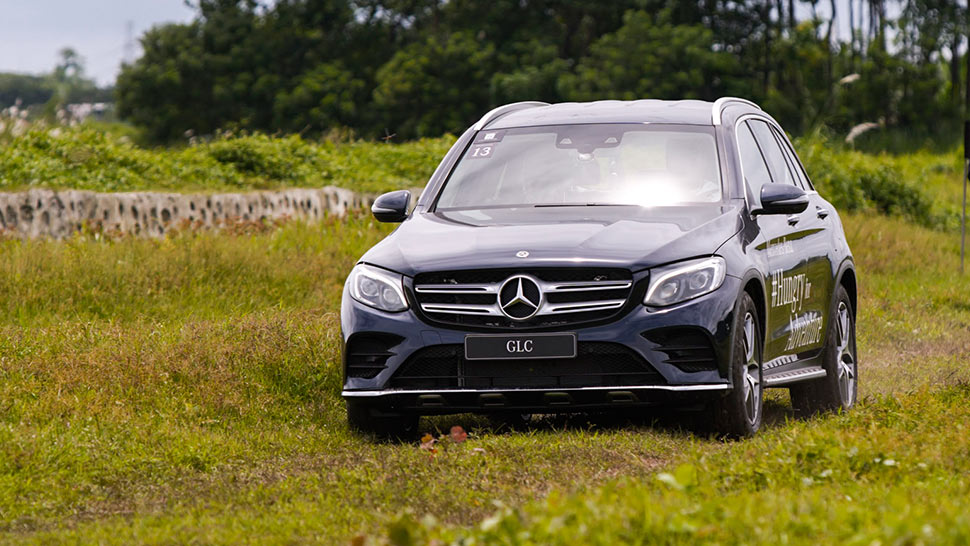 There’s an old saying attributed to CS Lewis that goes, “Adventure is never fun while you’re having them,” but I don’t think that’s always true. For example: hovering over the green fields of Carmona, Cavite while strapped onto a pilot in an extreme sport called paragliding. It was certainly scary in the beginning—flying always feels unnatural for us humans—but five seconds in the air and I was already WOO-HOOing and having the time of my life.

That was probably the idea behind Mercedes-Benz’s latest campaign—to get people out of their comfort zone and experience out-of-the-ordinary thrills. Representatives of Autonation Group, the company that distributes the German automotive brand locally, said it was a regional effort that intends to “showcase the performance and class-leading features that make Mercedes-Benz SUVs the ideal road companion in any adventure.” 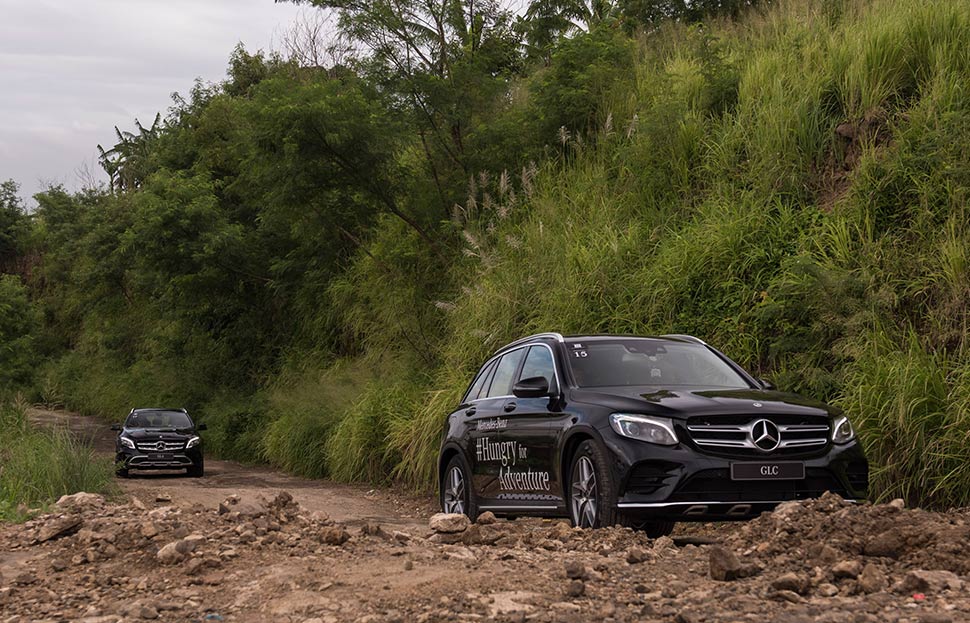 In other words, while most people associate Mercedes-Benz with luxury, class and sophistication, that doesn’t mean it can’t get down and dirty showing off what it can do outside paved urban roads.

And so it was that the company invited intrepid travelers and adventurers to a two-day experience hashtagged Hungry for Adventure. It started with a 5 a.m. call time at the Mercedes-Benz flagship showroom along EDSA in San Juan and pulling out onboard striking new GLCs an hour later.

The GLC is one of the German marque’s most sought-after models in the country and riding shotgun on one of those brand new units, it was easy to see why. SUVs in general have skyrocketed in popularity not just in the flood-prone and pockmarked streets of Metro Manila and the rest of the country, but elsewhere in the rest of the planet, so people naturally gravitate towards vehicles that are not just able to conquer but actually thrive in these less-than suitable road conditions. 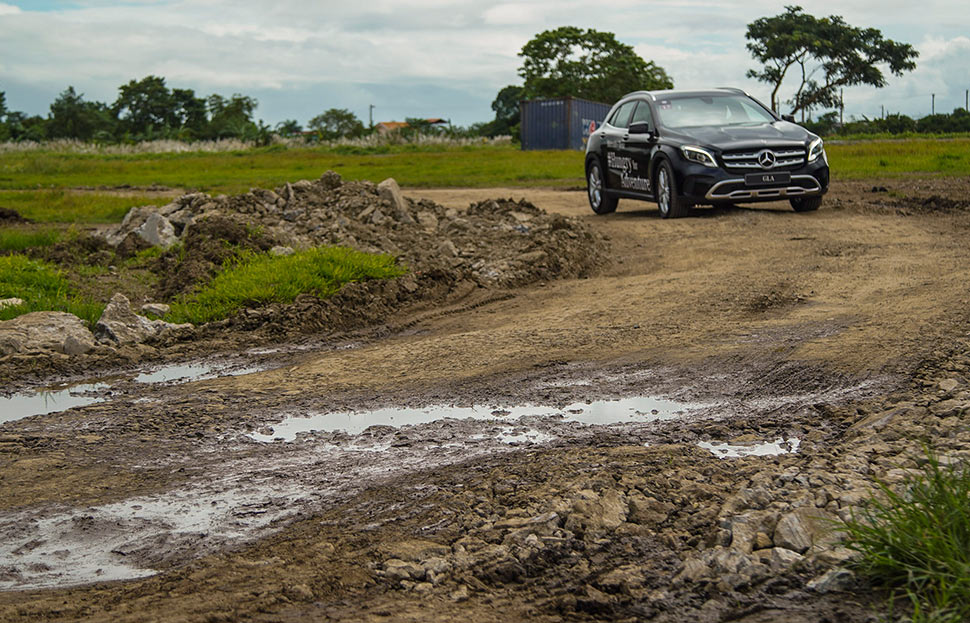 The GLC ticks off all the requirements of what someone like me—a thirtysomething single guy living and working in the city—would look for in a midsize SUV—looks, performance, comfort and safety. It was a bit depressing being inside the vehicle while we were stuck in early morning weekday traffic, but once we drove past EDSA and on to the Skyway, that’s when the GLC really started showing us what she’s got.

In the rocky, slightly muddy path leading up to the paragliding site in Carmona, the GLC further impressed, maintaining a relatively stable interior while never losing control. I knew this because I was in the backseat and was able to steal a quick nap while my carmates took care of the driving duties.

Organizers didn’t have to ask me twice if I wanted in on the paragliding experience. Paragliding Philippines has been operating in the area for about nine years and professionally since 2014 and the pilots certainly knew what they were doing so I knew it was safe. On a hill overlooking a verdant field, a few residential subdivisions and the shimmering Laguna De Bay further beyond, participants, including me, took off one by one and flew for about 15 to 20 minutes while grazing cows looked up. 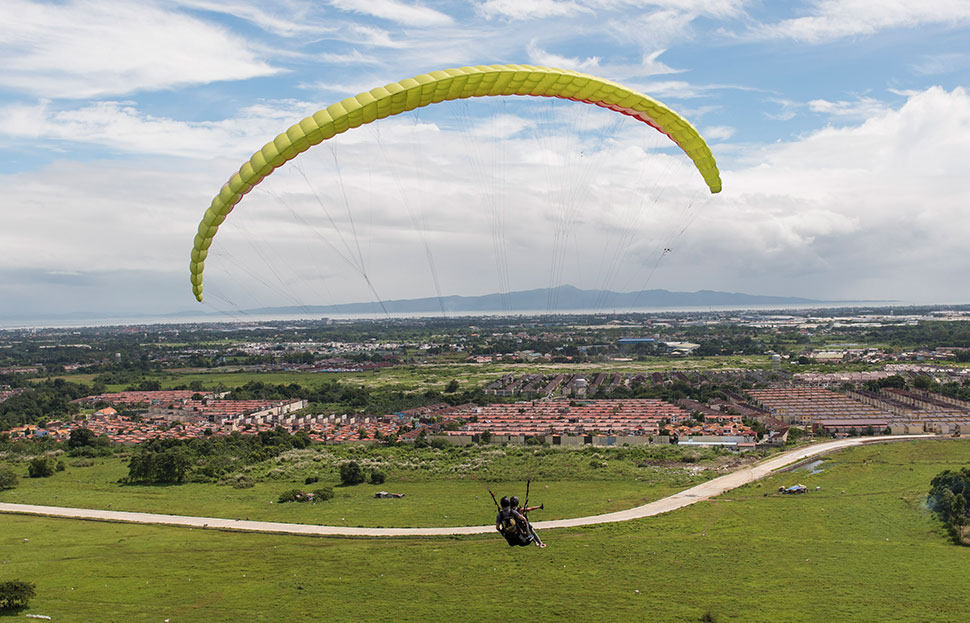 After landing gently on the field, organizers had participants plant trees in the area as a way to give back to the community. We then took turns driving the GLCs on an off-road path through grass, mud, rocks and the occasional cow dung. Organizers explained how the GLC 200 Exclusive is powered by a four-cylinder engine with 9G-TRONIC 9-speed automatic transmission with an output of 184hp and 300Nm of torque, while the diesel variant, the GLC 220d, which is also equipped with the same engine and transmission, has an output of 170hp and 400 Nm of torque.

It’s no exaggeration to report that I had no trouble conquering the course on both SUV variants, although I was a bit bummed that those beautiful SUVs had to get all muddied to prove a point. But, of course, it was all an approximation of what real-life off-road driving is like, and if the GLC could take on those conditions with only a muddy exterior to show for it, then it certainly got my vote of confidence.

I slid behind the wheel once again on the drive out of the field just as it started to rain in the early afternoon so I had to be extra careful. I fiddled around with the multimedia settings and connected my iPhone via Bluetooth. Pretty soon, my Spotify playlist was blaring on the way to Escala in Tagaytay where we were staying for the night. I’m an uncomplicated guy—just give me a simple, no-fuss infotainment system with clear, crisp audio while I’m driving and I’m sold. The GLC definitely delivered. 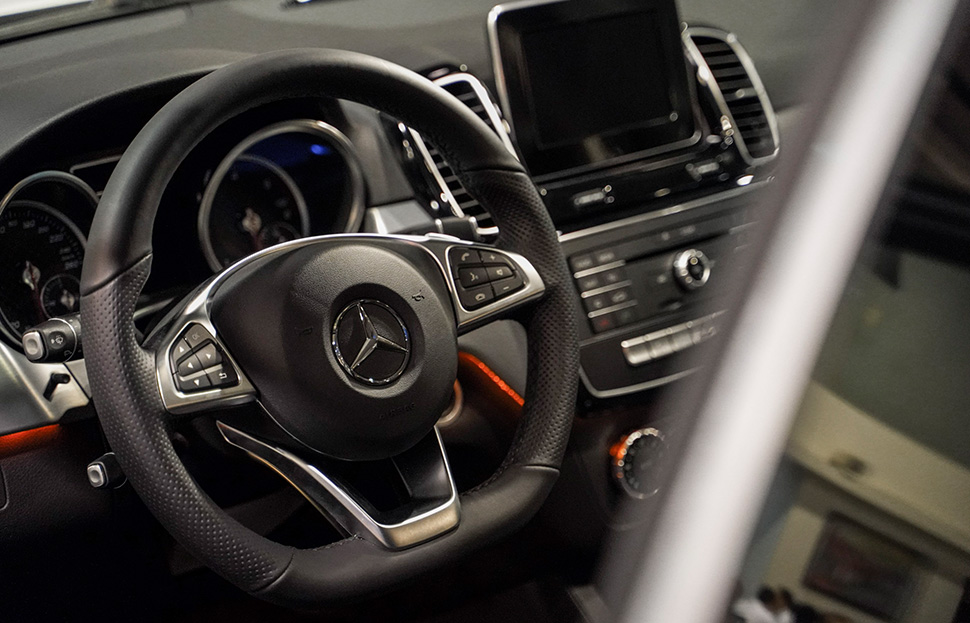 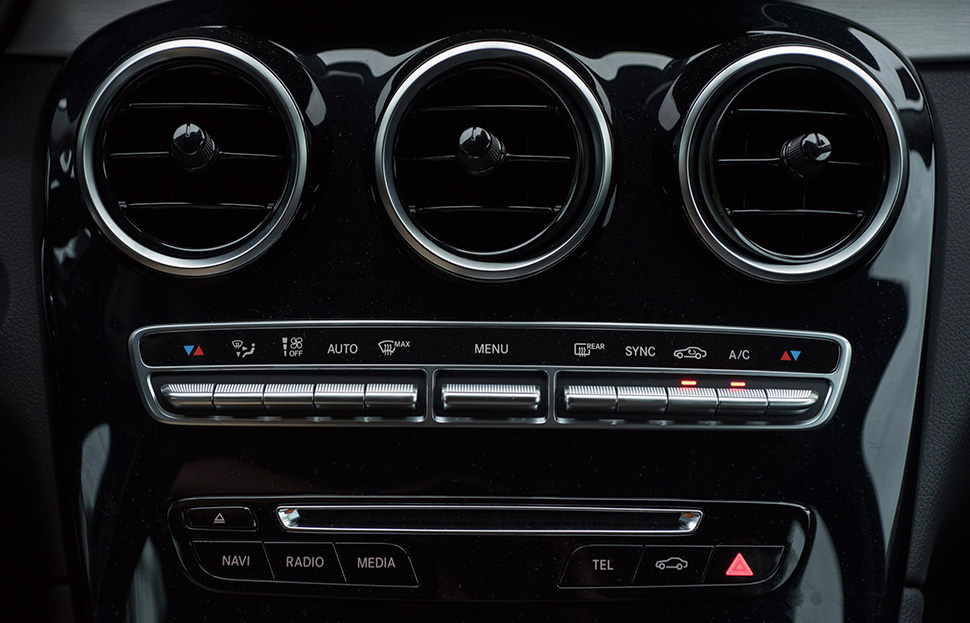 It was a short drive to the shores of Taal Lake in Talisay the next day and an even shorter boat ride to the island where the day’s activity would commence: a hike to the crater lake. I had seen it countless times from the ridge in Tagaytay and have taken a boat ride in the lake before, but this was the first time I was stepping foot and going on a trek to the mouth of the active volcano.

Although I thought I was ready, I was unprepared for the sheer physical effort needed to hike through the hills and cliffside paths under the midday heat on the way to the crater lake. I finally made it after an hour, marveling at the otherworldly beauty of the jagged rocks and still lake. 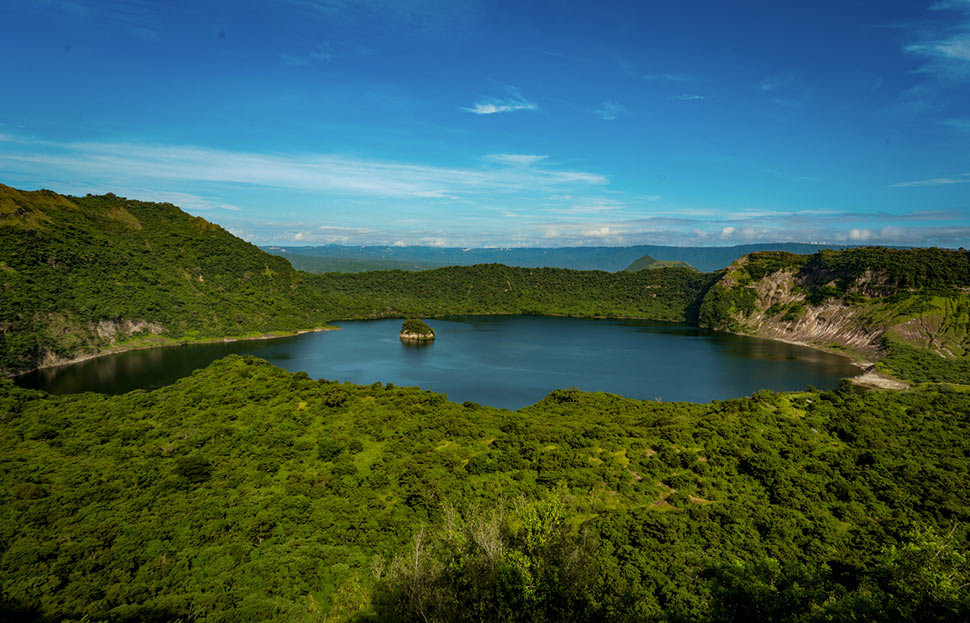 If the hike to get to the lake was hard, the hike back was sheer torure and made me realize just how out of shape I really was. I had to keep stopping every few meters to catch my breath and rethink all my life choices that led to that point in my life.

It was then that I found myself agreeing with CS Lewis—yes, adventure is no fun while it’s happening, but looking back at it now, I’m glad I did it and got to check that item off my bucket list. Needless to say, I had one of the best and more restful sleeps of my life that evening. The hunger for adventure has been sated, for now. 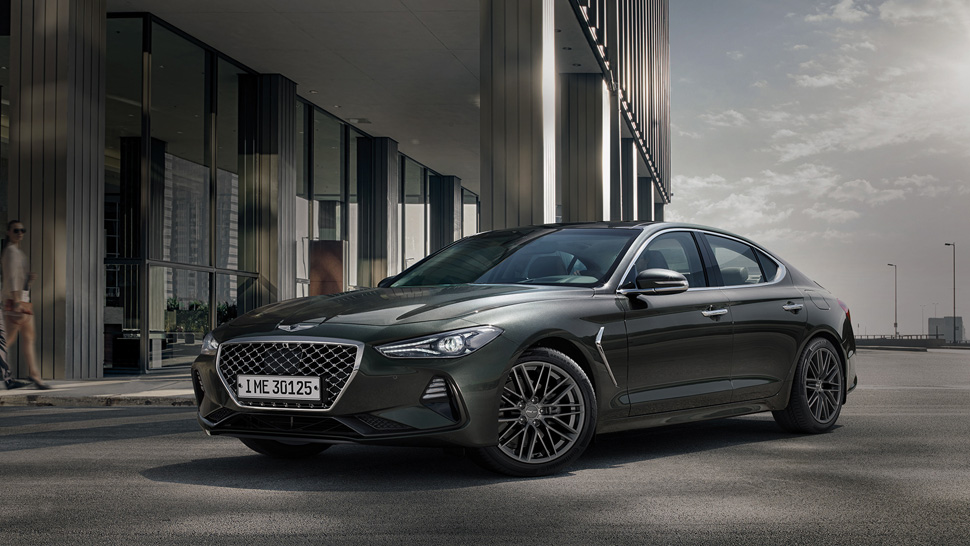 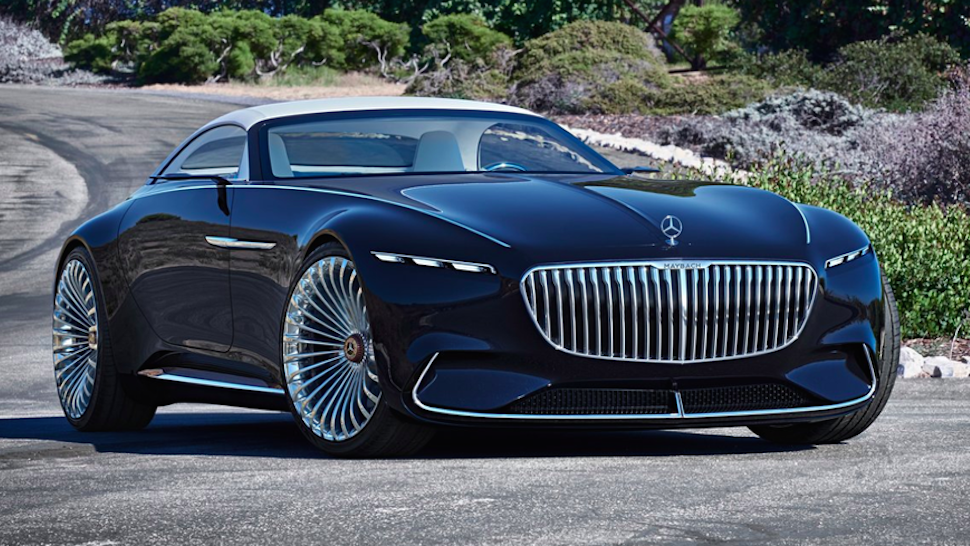