Prêt-a-Portage: The Kia Sportage GT Line Lives Up To Its Name 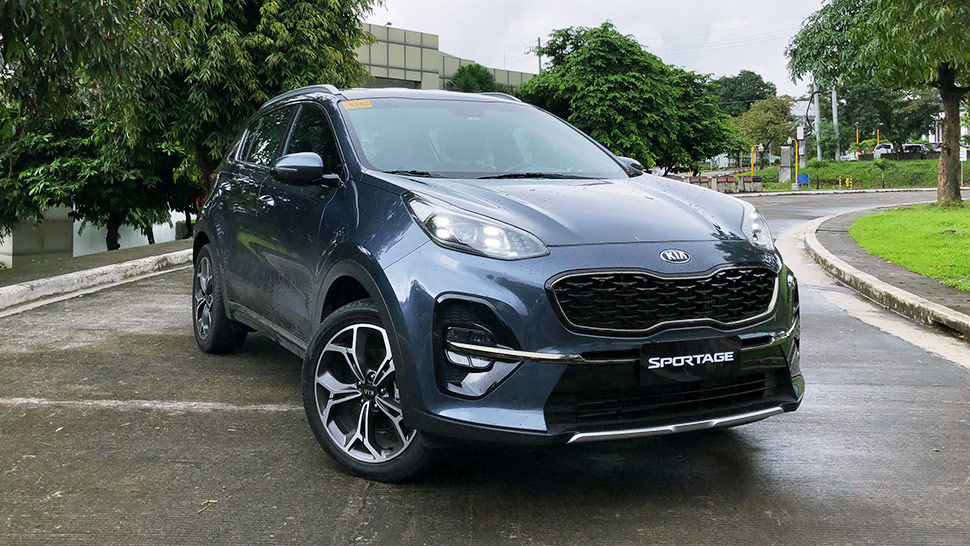 Sportage is one of those names that rolls off the tongue better than just about any other SUV out there. It sounds exotic, French even, but what it really stands for is “sporty age” or simply put, a state of sportiness.

As the previous model looked heftier and felt heavier, it may have fallen a tad short of its essence in the past years, but this fourth-generation model launched a couple of years back is—I kid you not—cocked, locked and ready to rock.

I get the keys to what should be Kia’s top-drawer for this segment, the GT-Line AT 4x2, and let me tell you, it truly lived up to its name.

With the corners, edges and squarish shape gone, the exterior brandishes an absolutely new look, which has some people divided in a “love it or hate it” sort of deal. While the front (and I’ll talk more about that later) will take some getting used to, I favor this sexier, albeit on the plump side, new shape it sports. It’s simply more alluring. Could be a man-thing but I like looking at curves, especially the ones in the right places, and the Sportage does have a few good angles.

My favorite would have to be from the rear quarter panel, which captures just the right view of its profile starting from the incline of the windshield to the sloping roof and how it trails to a stop right where it connects to the extra wide spoiler.

The side glass looks amazing framed in chrome and is a good break from the Mercury Blue body color while matching the shine of the front bumper trims, roof rails, the rocker panel trim, plus the front and rear lower panels. In place of a character line is a gentle arch that produces a playful reflection of light and images when it bounces of the vehicle’s doors. It’s a subtle feature but it really ups the Sportage’s level of élan by a few notches. Combination LED taillights are slim and is stylishly connected by a long red strip along the middle.

Under the influence of former Audi designer Peter Schreyer (now one of the three presidents of Kia), the hood takes some inspiration from Porsche SUVs like the Macan and Cayenne. To see the connection, Porsche and Audi are companies under the Volkswagen Group.

What does seem a little out of place is the semi-small grille that’s somewhat oddly shaped. It is flanked by LED fog lamps and two air curtains (for aero efficiency) on each side and a large air intake underneath. I do like the design of the LED auto-leveling headlamps. It is punctuated by four LED daytime running lights on each side, and LED position lamps on the inner side (near the grille).

The cabin sports a mainly black motif in varying texture but most of the surfaces, from the dashboard all the way to the door panels, are supple and pleasant to the touch.

Like the exterior, there are chrome trims to highlight items like air vents, gear shifter booth, audio and cruise controls plus the vertical spoke of the flat-bottom steering wheel that sports the all-important GT-Line badge, and also the eight-inch touchscreen of the infotainment system (which also doubles as reverse monitor). Pedals strictly keep with the overall color scheme as well with a metallic finish and black non-slip pads.

The new Sportage uses a smart key already so just push a button on the door handle to lock and unlock the unit (the inner part of the handle also lights up as you approach the vehicle), and the Start/Stop button to start the 2.0 diesel engine with common rail direct injection and variable geometry turbocharger.

The layout is very good, plus the contrast between the blacks and whites make the whole cabin very easy on the eyes, and also helps make the alphanumeric markings stand out and be easily seen. There’s a built-in air ionizer marked by the words “Clean Air.” What it does is negatively charge ions as air passes through the system. This process removes pollens and other allergens, including odors, in the air. It comes with dual-zone air conditioning and second row vents.

Leather is used extensively on seats, steering wheel, and even on the shift knob. What it needs a few more of are USB ports as there’s only one on the holder along the center stack.

It weighs 2.17 tons but that’s easily compensated for by its 185 PS and a very healthy 400 Nm of torque. Whether it’s to overtake or simply accelerate, I only needed to gently nudge the throttle and the torque does the rest. That’s a huge fuel saver because other SUVs with different engines and output will require more pressure on the accelerator to get power, and that’s really not good for fuel consumption.

The automatic transmission—with manual mode via the paddle shifters (behind the steering wheel)—is quick and smooth, and does a great job of making the unit feel very light and nimble through all of its eight gears. Comfort is exceptional even with the 19s and you’ll barely notice how bad the streets are, especially stretches of Elliptical Road, because of how high the level of noise, vibration and harshness (NVH) reduction is.

The rear multilinks and the front McPherson strut and stabilizer gives it a crossover personality and its very evident around corners when it keeps its poise and really holds it together even at speed.

Three drive modes are available: Eco, Normal and Sport but with the way its tuned, you’ll hardly ever have to leave Eco because aside from being fuel-efficient, it’s already too powerful when traffic is bad, and more than powerful enough on the open highway. Average consumption on pure city driving is 8.7 kilometers per liter.

It’s on the business end of “one M” at P1.820 million so it really isn’t cheap, but it packs more power than its Japanese counterparts, and while its Korean competitor mimics its power, it’s not even close to being as refined and well-appointed.

There’s Apple CarPlay and Android Auto, a host of proximity sensors, a full complement of airbags (front, side and curtain), plus hill-start assist and downhill brake control.

The exterior is Euro-styled, which makes it stand out in the metro that’s overcrowded with SUVs and crossovers, and comes with a performance underscored by finesse and power that makes the drive exciting and fun.

Tesla's Electric Pickup Truck Got Its Windows Smashed On Stage. It's Still a Badass Vehicle.
All Photos
Comments
View As List