It took us to places no vehicle has business being on, even with a missing exhaust pipe. 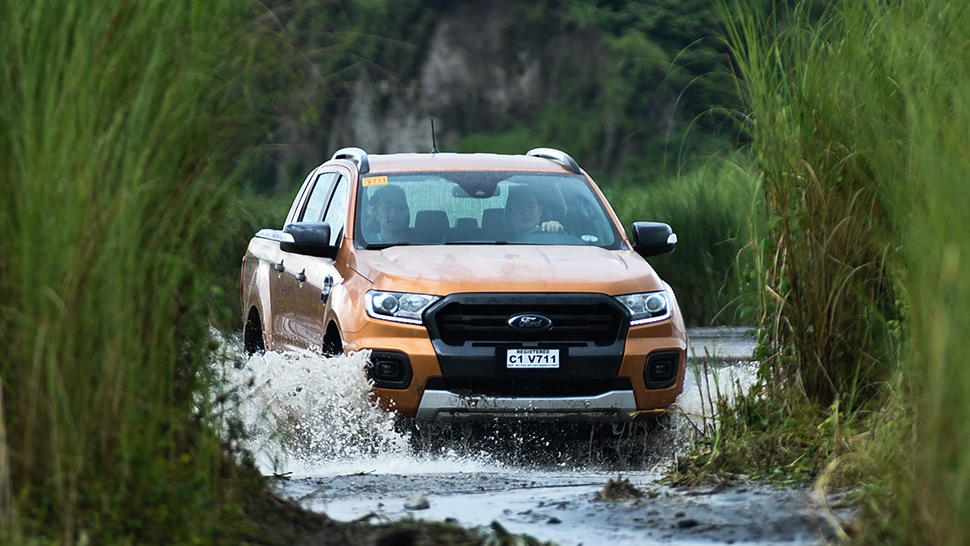 For journalists and writers, test drives can become a bit predictable at times. We drive cars long distances to test their capabilities and features in places that are usually scenic and relaxing. Ford Philippines, however, had other plans when it gathered a few motoring journalists recently for a different media drive aboard its new Ford Rangers—the XLT, the Wildtrak, and the Raptor.

It was an overnight drive to Nueva Ecija, with most of the activities slated to happen in Pampanga. On the way to our first location, I was on-board a white Ranger 2.0L Wildtrak, the 4x4 variant. Having personally driven a Wildtrak for a couple of years, I was pleasantly surprised with this new version’s on-road behavior. It was more stable at high speeds and less bumpy, and it also improved upon the already good NVH (noise, vibration, harshness). In short, this pickup is as refined as ever.

How refined? It passed my informal, vehicle manners test: If I can drink a cup of coffee (covered, of course) without spilling it in any way, it’s good.

The Ranger also has more features and buttons than ever, which can be both a good and a not-so-good thing. It features the new Sync 3 infotainment system (good) but it can be a bit confusing with all the options (not-so-good). The steering wheel has more buttons than an old cellphone, which means you can keep focused on the road (good) but you will need time to memorize all the buttons so as not to activate the cruise control when you mean to change the radio tuning (not-so-good.)

Not just for roads

But this trip isn’t about driving these bad boys on a smooth, paved highway. It’s about testing the capabilities of these revamped pickups. The entire range may look the same, but their insides, particularly the Wildtrak and Raptor, are different. They now feature a new generation, 2.0 Bi-Turbo engine mated to a 10-speed transmission with 500Nm of torque.

Before I even got to read the rest of the spec sheet, we arrived at the Sacobia River in Clarkfield, Pampanga. Affectionately called Lahar Beds, it is exactly what it sounds like: a semi-dry river with lahar. We were divided into two groups: the Wildtraks that would tackle the technical course, and the Raptors that would go the length of the river. The groups would switch after each course.

During the briefing, our resident 4x4 expert Beeboy Bargas gave a stern warning, especially for the Raptor group: “The Raptor is a different animal, it’s different from any vehicle out there. It can run through this river at 140kph.” Having had a bit of 4x4 experience prior, I was a bit skeptical. One hundred forty kilometers per hour in a sand-filled river with pockets of almost knee-deep water? That had to be an exaggeration.

I was up with the Wildtrak group first, so the Raptor test had to wait, but we also went onto the Lahar beds on the way to the technical course. Driven by our expert guide, we were traversing the river at around 60kph, with me constantly thinking we’d get stuck at some point for sure. No such (bad) luck.

The technical course was designed to test the Wildtrak’s climbing and descending prowess over obstacles that you would probably complain about even if you’re on foot. After my car buddy’s run, I was up. The old Wildtrak already had a multitude of driver assist features such as Hill Descent and Camera Sensors. But the new one adds Hill Launch Assist, Autonomous Emergency Braking, and a Locking Rear Differential as standard.

What do all these specs mean? Basically, a Wildtrak with stock tires is capable of bringing you to places few other vehicles can, at least in the mass-market space. It tackled an almost two-meter high mound with 45-degree inclines like it was just an oversized hump in your subdivision. We also went through a part of the course that raised the back tires of the Wildtrak, and it remained stable and predictable throughout.

We want the monster

But I wasn’t about to kid myself about the real reason I was excited for this media drive—the Raptor. As if on cue, after we finished the technical course, it rained so hard that we had to wait a bit for it to subside so we could return to the starting area and change pickups.

On the way back, we came across an entire muffler sitting in the middle of the river. We thought it was probably an old one from a truck, but, it turns out, it was actually from one of the two Raptors. Bummer, I thought. With one Raptor decommissioned and the river filling up with water, I assumed not all of us would get to finish the activity.

But the Raptor apparently isn’t easily fazed, not even by a missing exhaust system. So, I got behind the wheel, put on my helmet (it was a necessary precaution) and cautiously drove down onto the lahar beds again.

With the rain pouring hard and water gushing all over, the Raptor surprisingly made me feel at ease. The missing exhaust pipe certainly affected the pull and power of the vehicle, but we still plowed through the river like the Raptor was born to be there.

We were cruising at 80kph and had to slow down at times only to let splashes of water on the windshield reside. Rocks, sand, plants, and everything in our path was gobbled up by the Raptor. We didn’t hit 140kph, but how many vehicles can get you through such an environment at 80kph without an exhaust pipe? Talk about being built tough.

Still the one to beat

After off-roading, we had a hearty lunch in Clark and headed off to Nueva Ecija, where we stayed at the gorgeous Highland Bali Villas. On the way there, my team switched over to the other Raptor and we had a great time overtaking everyone and everything in our path. The power delivery is sudden and linear. It’s like being in a capable roadster, only you’re taller than everything else, save for actual trucks.

At the end of the day, I can rundown all the specs of the new Ranger lineup and bore you with the details, but nothing beats real-world experience and the new Rangers, especially the Wildtrak and Raptor variants, certainly gives you that go-anywhere feeling. The amount of driver-assist technologies and electronics is insane, though only time will tell if they would hold up given the type of environments you’d be tempted to bring the Ranger in.

Probably the only downside of driving a Ranger (and the Raptor, especially) is it won’t be too easy to maneuver something so huge in city streets. But if you crave maximum on-road presence, there’s nothing quite like it. And when it comes to pure performance, the Rangers are well worth their great reputation. After all these years, the badge is still at the top of the food chain. 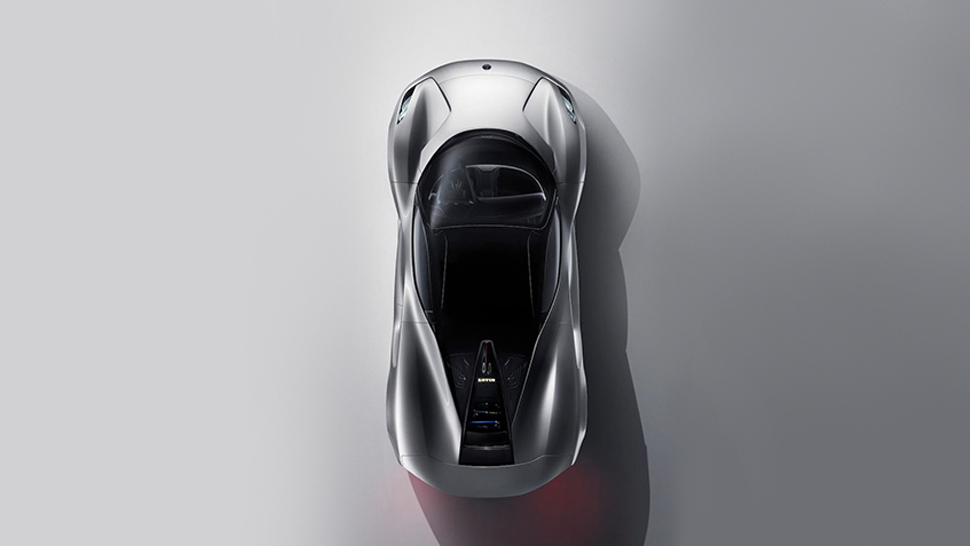 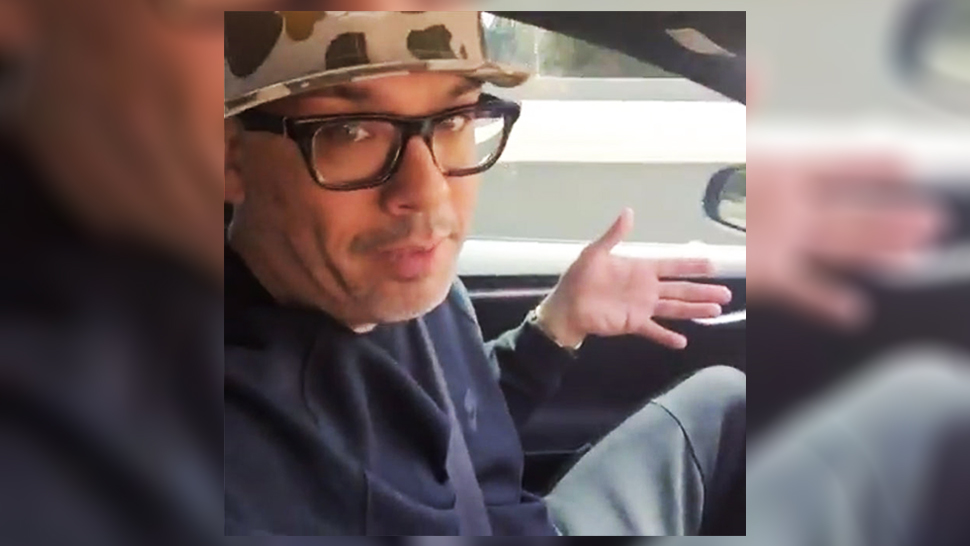 Can You Guess What Jo Koy's Personal Car is?
All Photos
Comments
View As List