The 2017 Subaru Impreza is a Grown-Up Motorsports Monster

This is the car that won three consecutive titles at the World Rally Championships, after all. 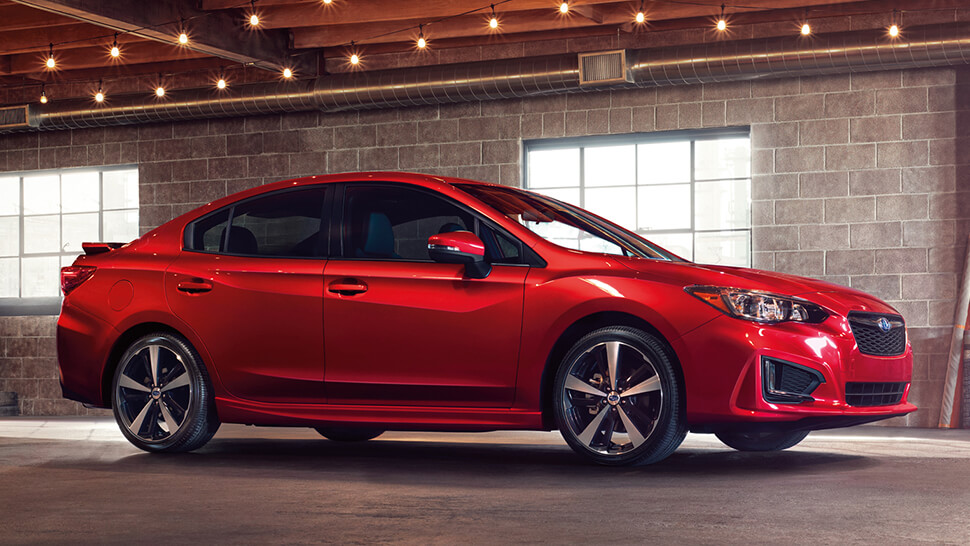 Subaru's reputation in the realm of rallying and motorsports—where it's been a dominant force since the early '90s—precedes it. It doesn’t take an enthusiast to recognize that.

But what an enthusiast might be able to add is that Subaru owes much of its success (both in motorsports and subsequently, in car sales) to the Impreza. This is the car that won three consecutive titles at the World Rally Championships from 1995 to 1997, making it one of the most successful rally cars ever. Eventually, it would become the poster-car for Subaru’s boxer engine and all-wheel drive features (which are still the brand’s foremost features today) and a platform for Subaru’s other models. So to call the Impreza a “performance-oriented” car is more than merely excerpting from a brochure; there’s a real motorsports heritage behind it, and that’s been at the core of all its iterations since. 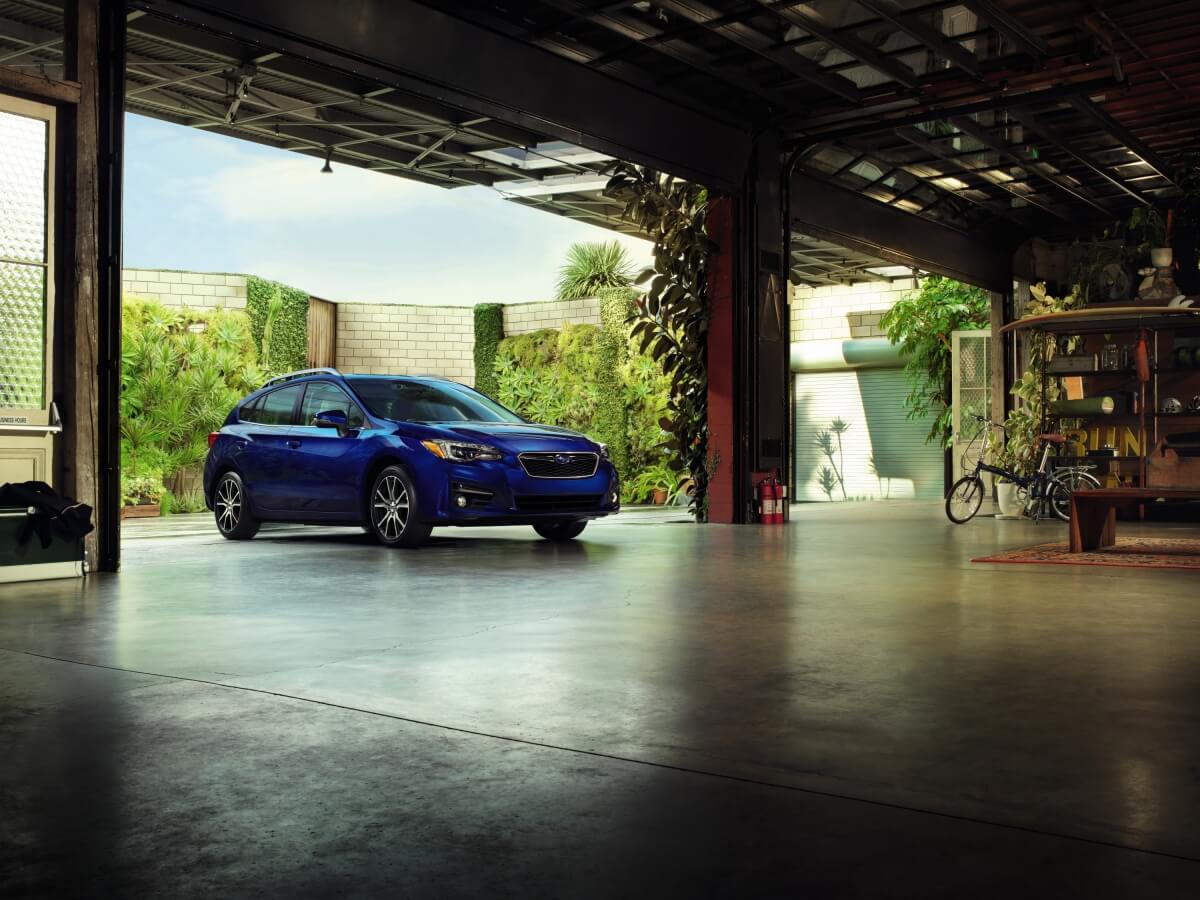 So when we were told that Subaru was going to let us take the 2017 Impreza for a spin in Singapore, we had a general idea of what we were getting into. Subaru is Subaru, just as Singapore is Singapore; both are familiar enough on the surface to most people. But as in all opportunities to travel and experience new things, you still always embark with the expectation of being surprised, and somehow, you always are.

The new Impreza was parked inside the halls of the Suntec Convention Center for the 2017 Singapore Motorshow earlier this year, where it was unveiled to the Southeast Asian public for the first time. Seeing it there, in the metal, was not quite yet the surprise we had hoped it would be, but it was certainly familiar. This is, after all, an already-successful nameplate’s fifth generation, and apart from a few small details that help to make it look more upscale and prestigious than previous generations, it’s not a significant aesthetic departure. It’s still a suave, sporty sedan, just with a few new subtleties, both inside and outside, that altogether make it look and feel a little more grown-up—in the same way that small details like a good tie or a pocket square can pull a suit together. Now, it looks like the kind of car that could get into a heated debate with a Honda Civic and win without having to resort to using expletives.

But as we would find out, its looks are but the least of the many ways that this Impreza is more grown up than the last. The biggest change of all (and indeed, the real surprise) is the introduction of the Subaru Global Platform, or SGP—a new standard architecture for all future Subaru models, which we’re seeing for the first time in this car. The SGP sees a redesigned body and chassis that yield better steering, more comfort, less shake, and better overall safety.

So instead of trying to relive the Impreza’s rallying roots by making it look meaner and go faster, the changes are geared more towards making it a better road car. Think of it as a rockstar who retired to a suburban life, cashing in on royalties and investing in a college trust fund for his kids—the Impreza is still cool enough to play shows and get trashed on weekends, but at least he makes better decisions these days. 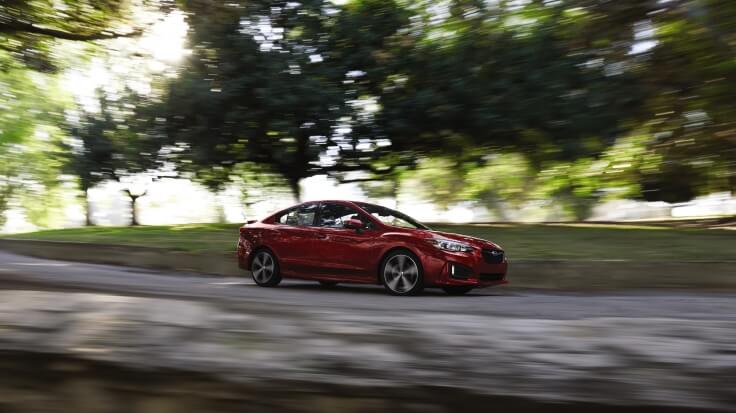 When it was time to actually get behind the wheel, we were brought to a remote open parking lot in an unfamiliar side of Singapore. There, we would put a few units through their paces by driving through three pylon courses, each designed so we would get a first-hand feel of the difference in steering, stability, grip, and driving comfort—features that are incredibly important to the citybound motorist. Unsurprisingly, the improvements were all immediately tangible—the car felt sharper, more responsive, and more confident than others on the course. We felt like we could put geriatric passengers in it without having to worry so much—which is not something you would expect to say about a car that’s known for its hot streak at rally competitions.

However, none of this is to say that Subaru has abandoned its roots altogether. In fact, all the upgrades that make it a safer, better car for everyday driving (like improved chassis rigidity, a lower center of gravity, and improved steering and suspension) are still ultimately the same features that Subaru built its motorsports heritage on. The introduction of the SGP and the new Impreza are, if anything, just a change in focus: Now, Subaru is refreshing its reputation as a car for anyone and everyone, more attuned to the things we really need. 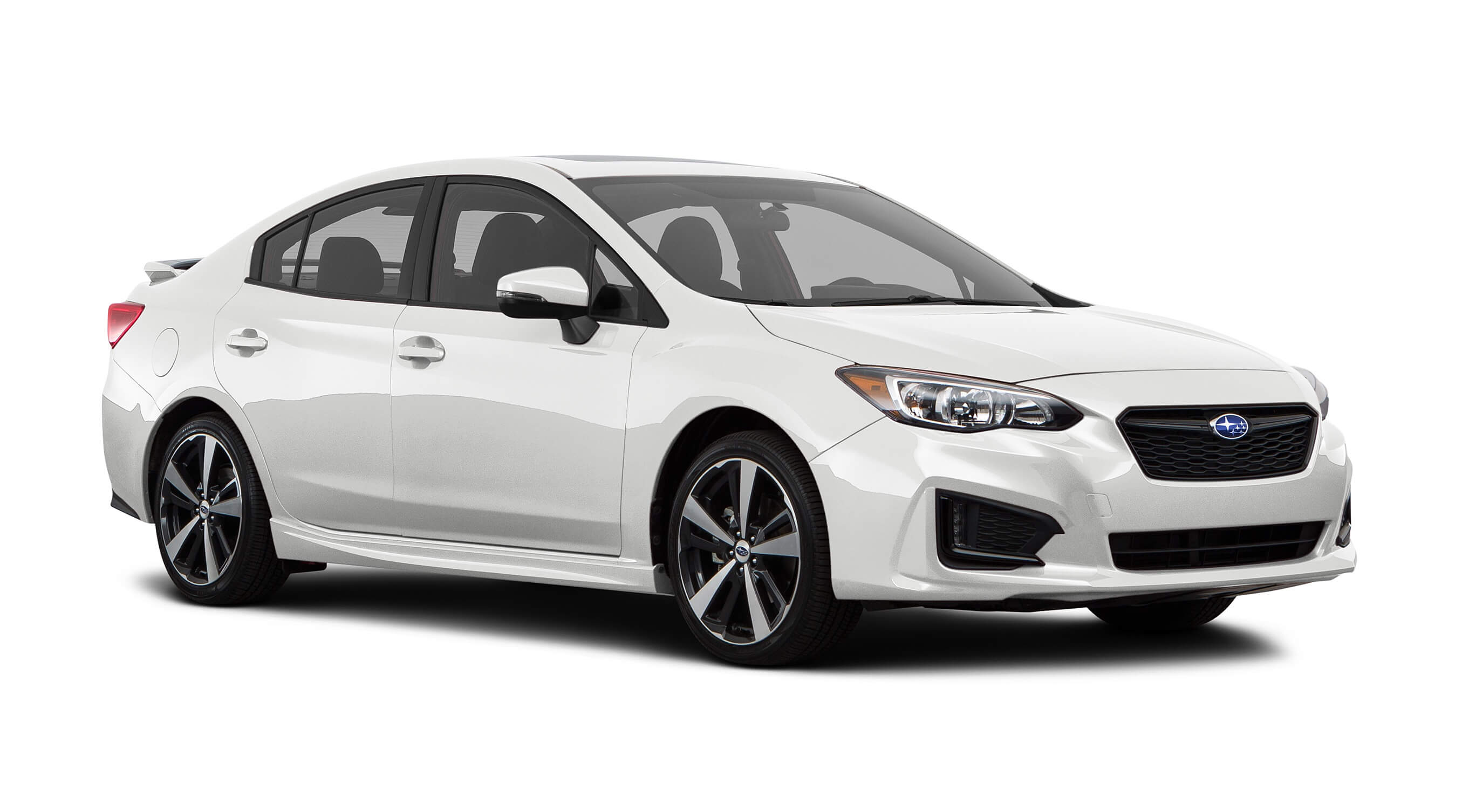 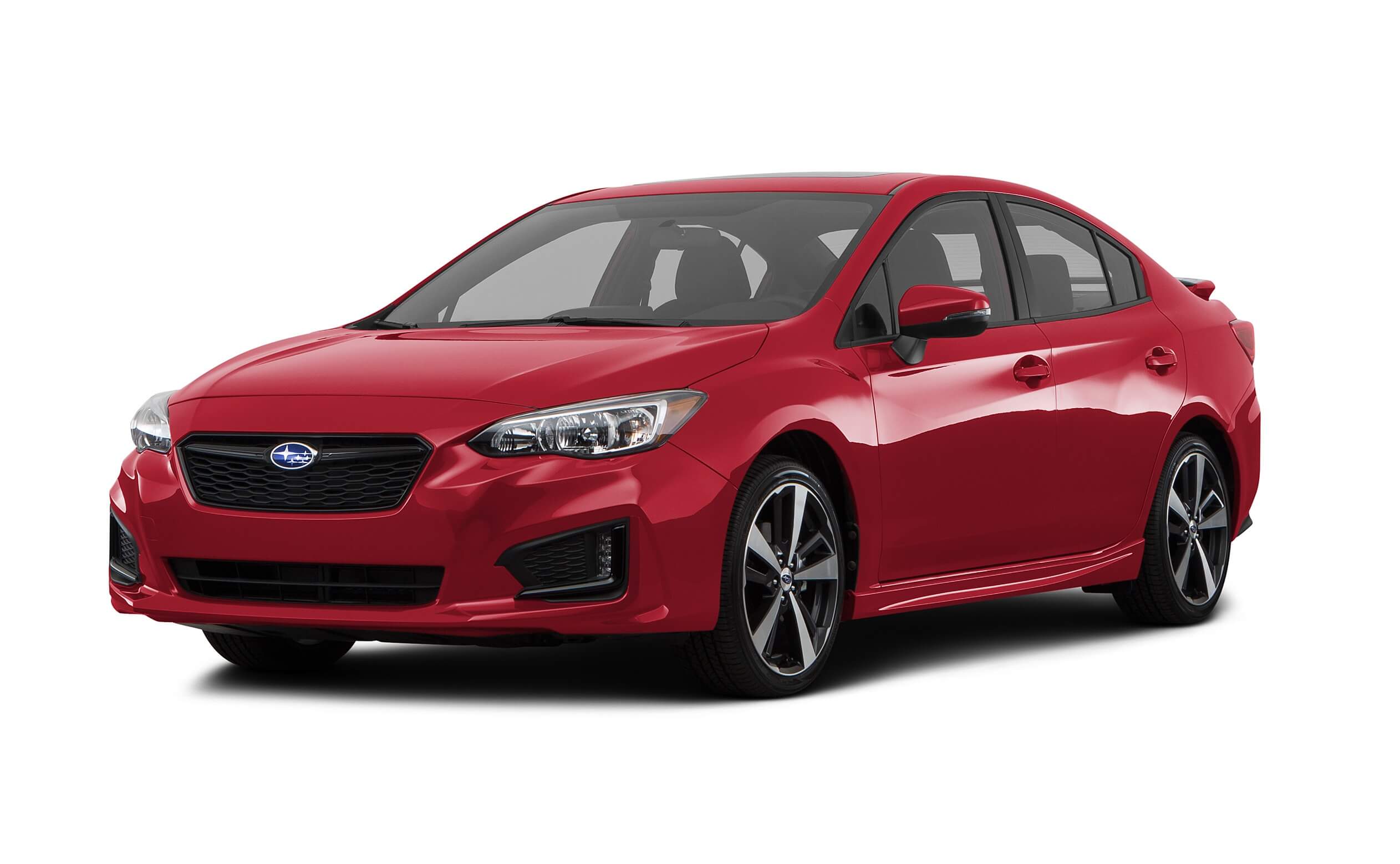 This article originally appeared in the April 2017 issue of Esquire Philippines. Minor edits have been made by the EsquireMag.ph editors. 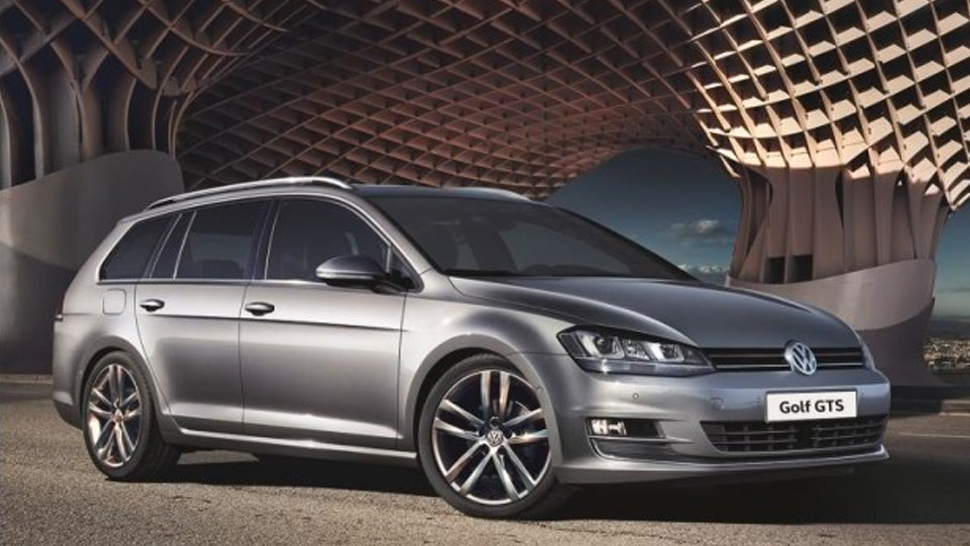 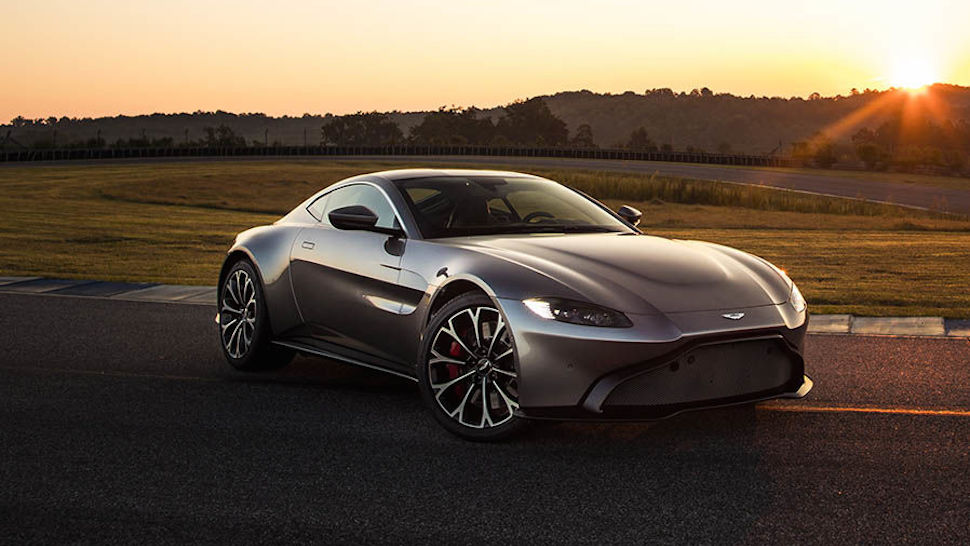 Could This Be James Bond's Next Car?
All Photos
Comments
View As List