The Trans Sport Show has become an annual pilgrimage for car nuts to check out the highest quality car restorations and car modifications in the country. 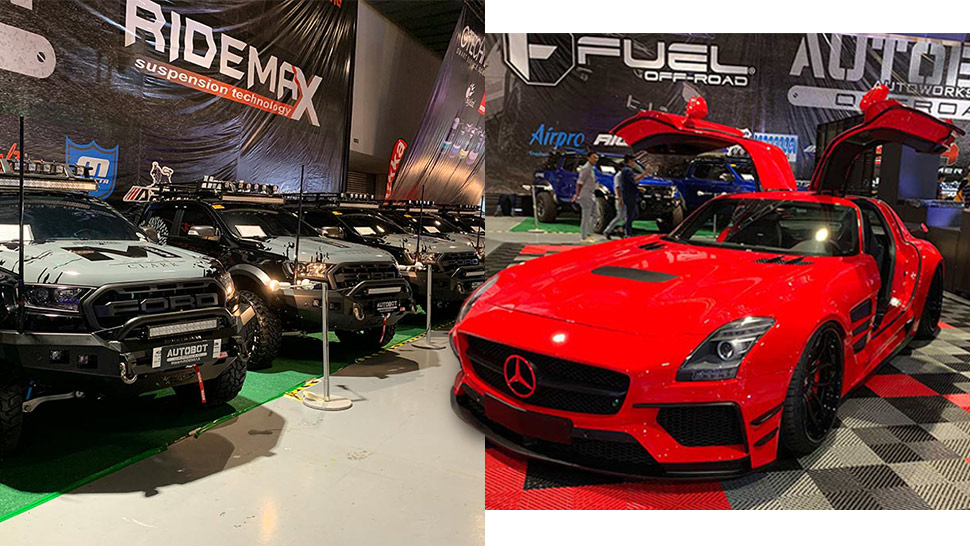 Nothing beats the original. While not true all the time, of course, there’s something to be said about the one thing that started a trend, a movement, or a culture.

In the case of car shows, we’re lucky to still have one of the true pioneers of high-end car shows in the country still running strong and still giving us amazing new sets of wheels every year.

To car nuts, the Trans Sport Show has become an annual pilgrimage to see the highest quality car restorations and car modifications in the country. Newcomers are surprised, though, that the Trans Sport Show is now 28 years old, and is still run by the same company, Tradeshow International Inc., headed by Sophie Delos Santos, who’s a former race car driver herself. 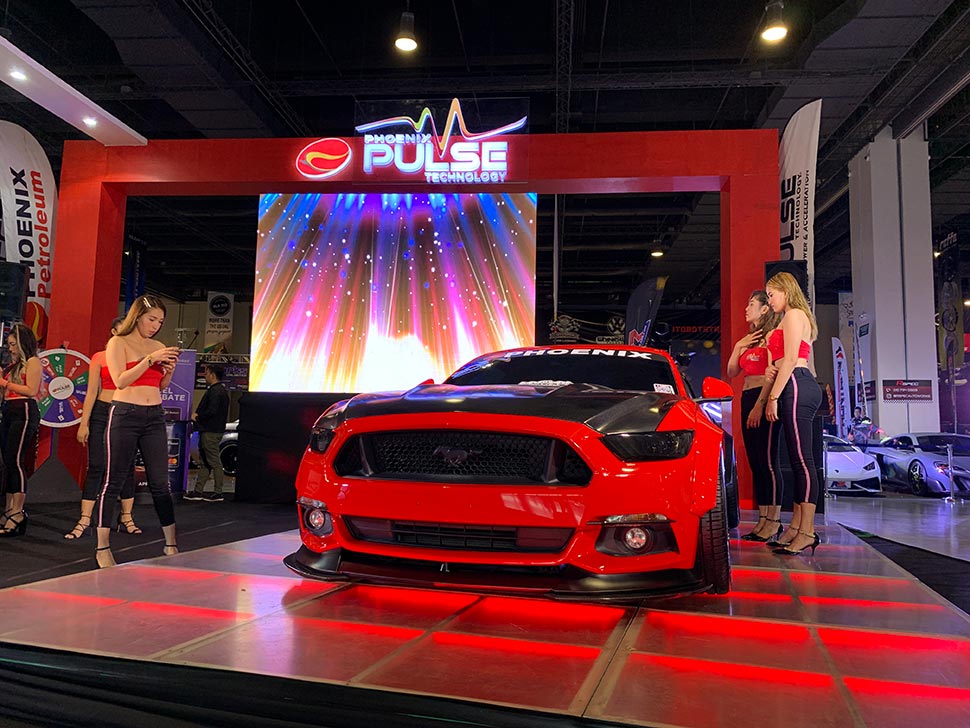 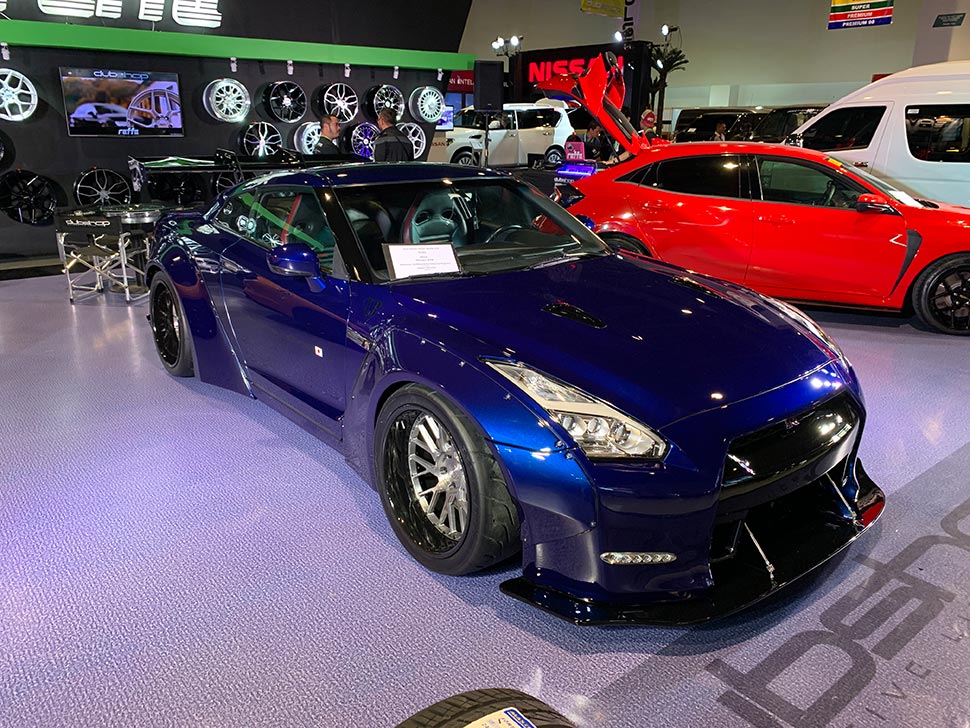 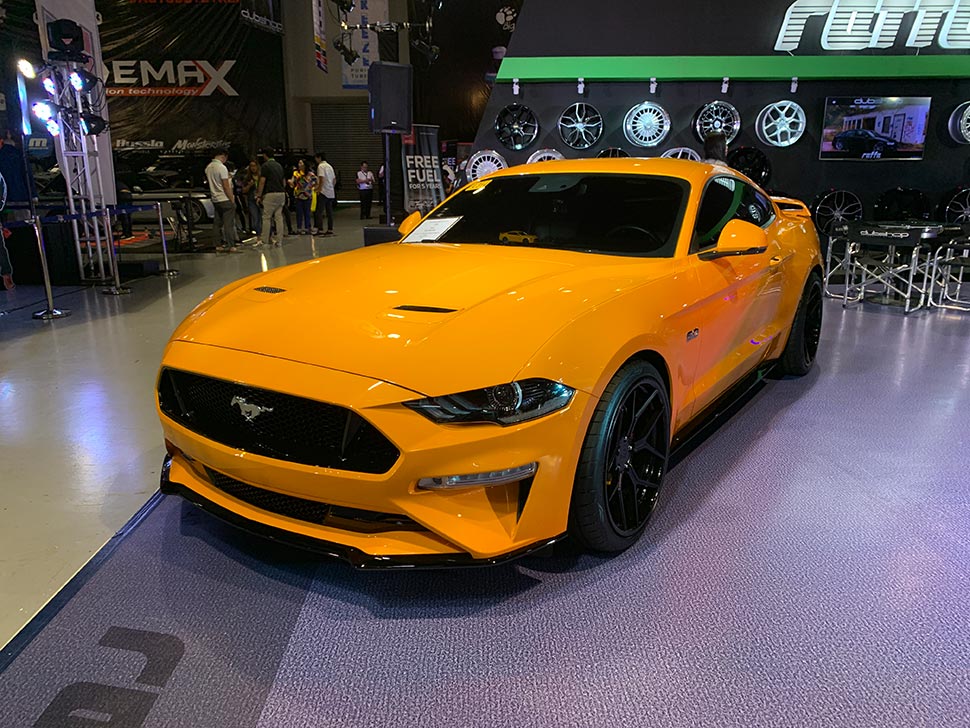 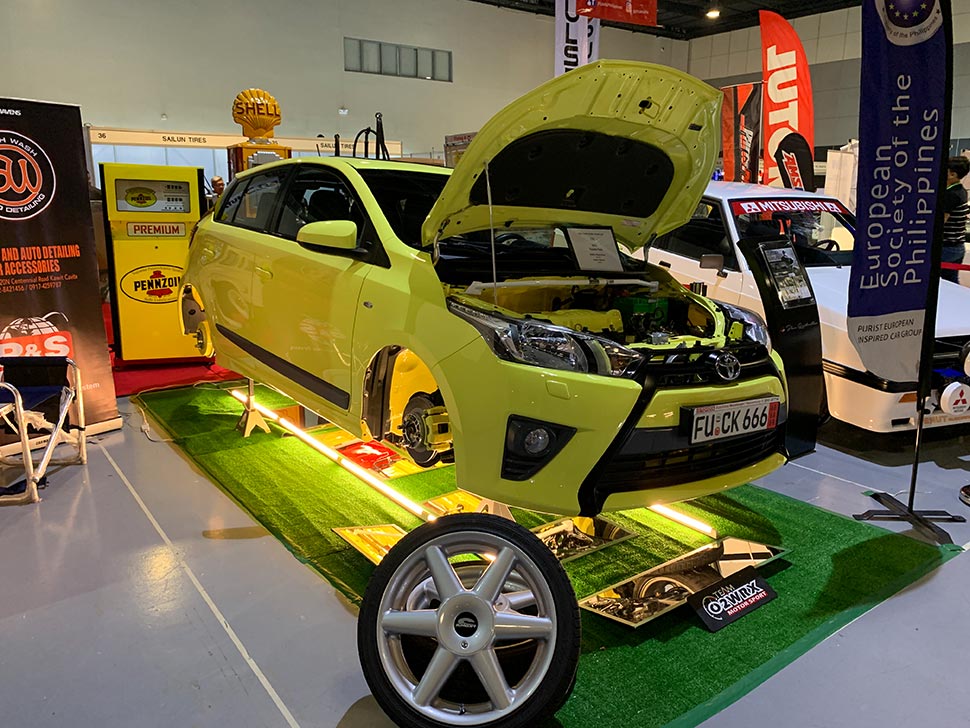 “When it started, it was just a general car show for hobbyists,” she told Esquire Philippines. “Then it evolved into something much more, and now it’s known for the fierce competition among the car shops. Bragging rights kasi kapag nanalo ka eh,” says Delos Santos.

To the unfamiliar, the concept is simple: This is where you’ll find the most beautiful and most aesthetically pleasing cars that are either stock or modified to the hilt, with different car shops battling it out to see which ones did the best job on their cars.

“We have a very, very high standard for judging the cars, and most of our judges are international experts,” shares Delos Santos. “A car is judged based on its paint job, the engine, the piping, the interior, and the undercarriage. So, competitors cannot neglect any one aspect of the car.”

While other car shows tend to have different trends, Trans Sports Show has remained faithful to the idea of giving its competitors full autonomy when it comes to creativity.

“I don’t implement a theme for the Trans Sport Show,” says Delos Santos. “I don’t want to restrict the shops on what they want to do. Trans Sport Show is varied, it’s an open playground for project vehicles. This is a beauty contest for cars.” 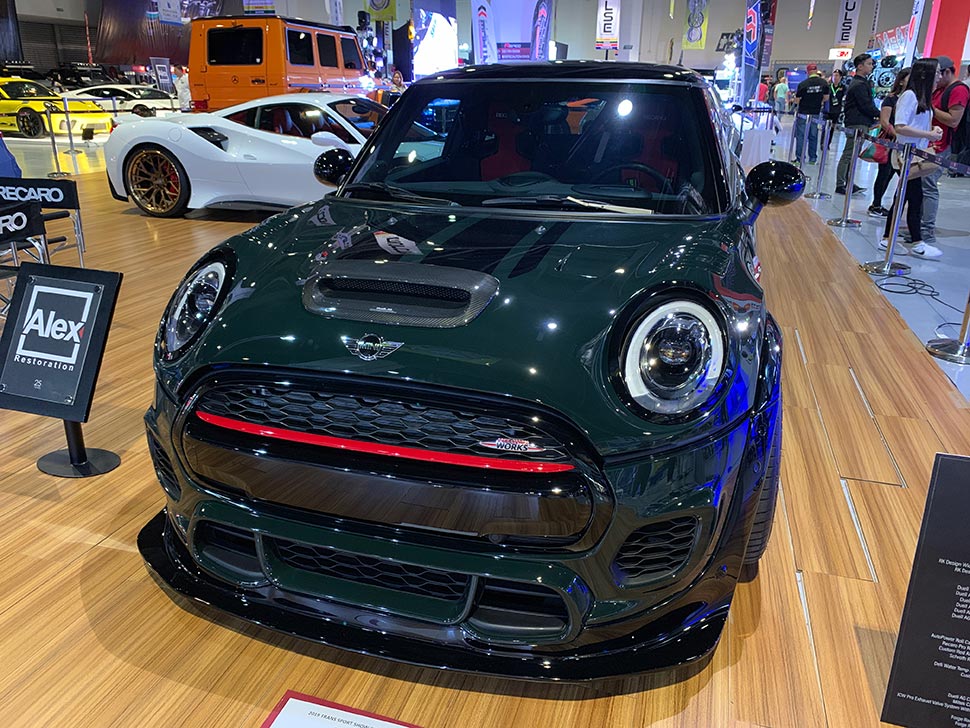 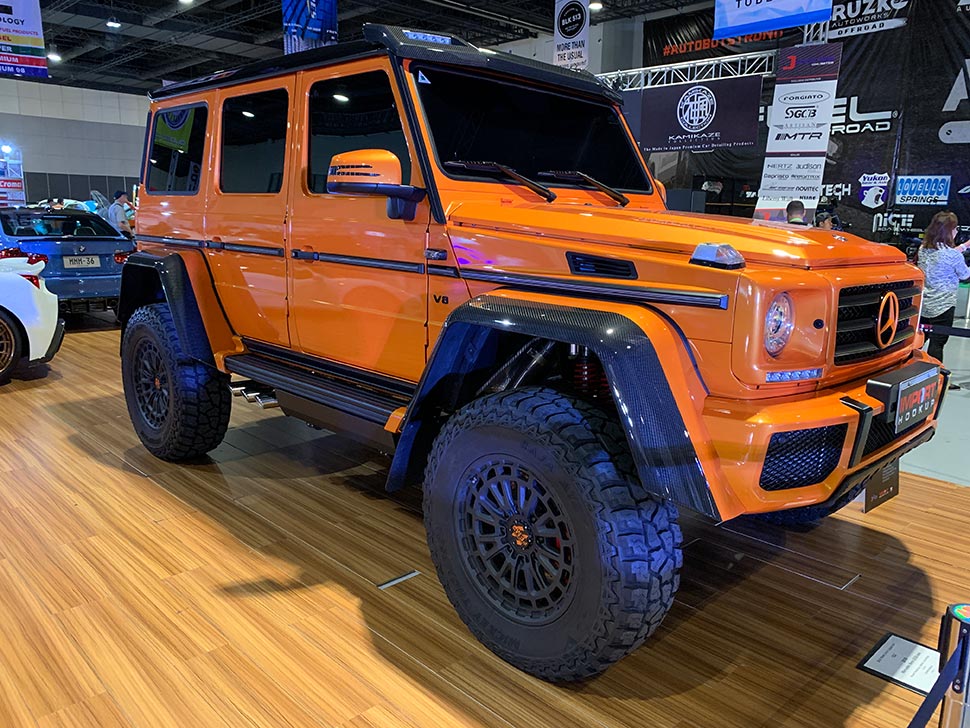 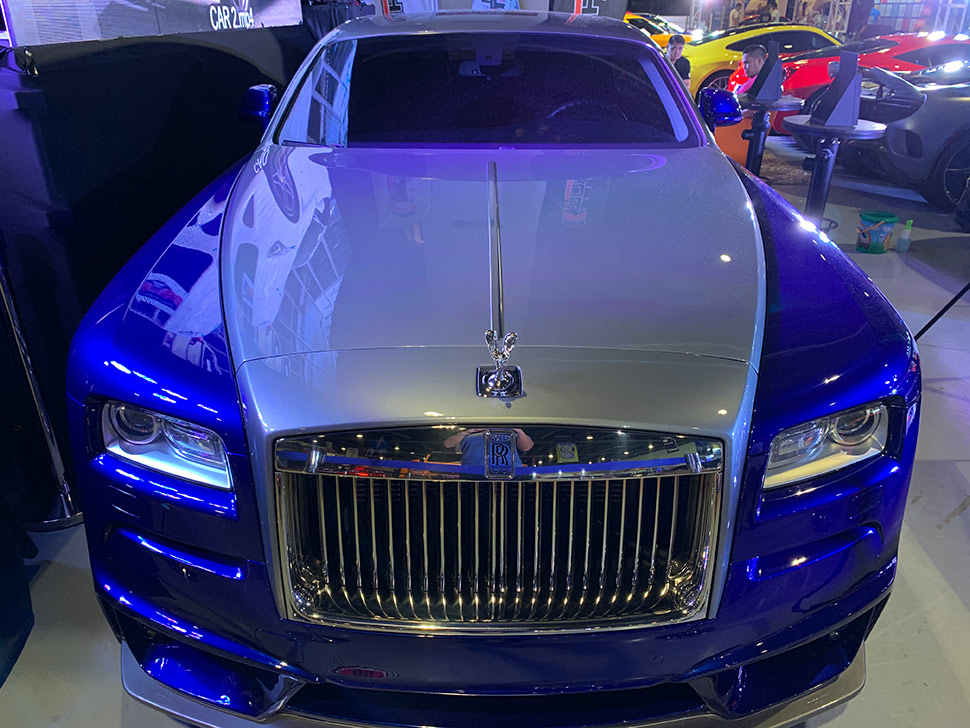 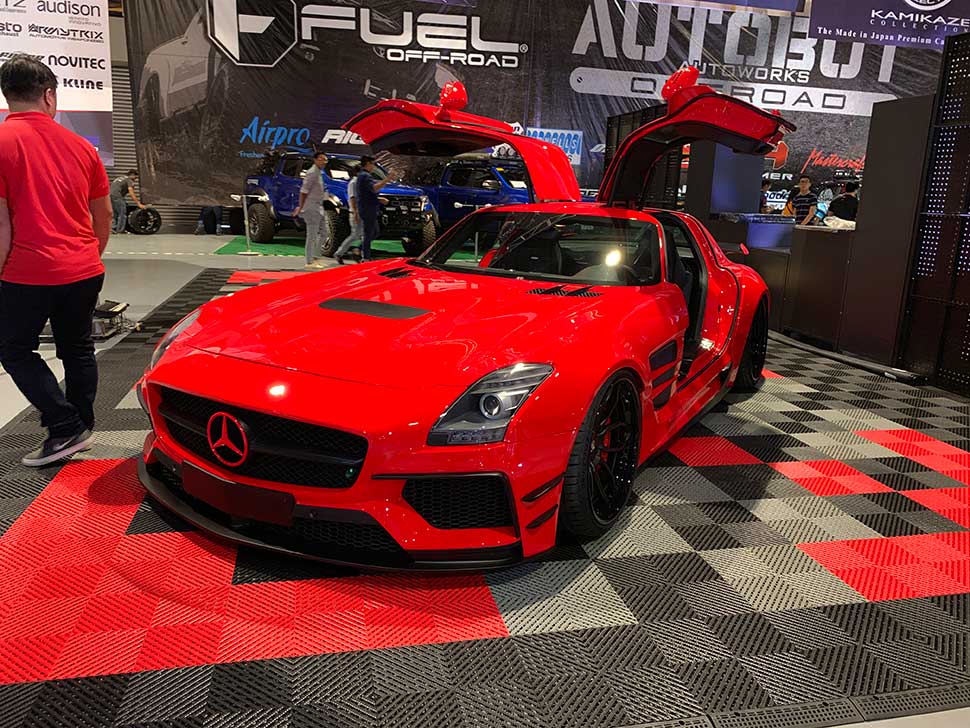 This year saw around 90 cars competing for the different awards such as Best of Show (Nostalgic for classic cars, Contemporary for modern cars) and its sub-categories such as Best in Paint, Best Vintage, and others.

Like exotics? Jaw-dropping models such as a 2018 Lamborghini Huracan Peformante, a modified 2013 Mercedes-Benz SLS AMG, a 2012 Nissan GTR, and a 2019 Porsche GT3RS were on display, just to name a few.

Those who prefer classics were not left wanting, as everything from Ford Mustangs, to vintage BMWs, to a 1951 GMC pickup were on display.

There were even heavily-modified Ford Rangers and other off-road vehicles at the event. 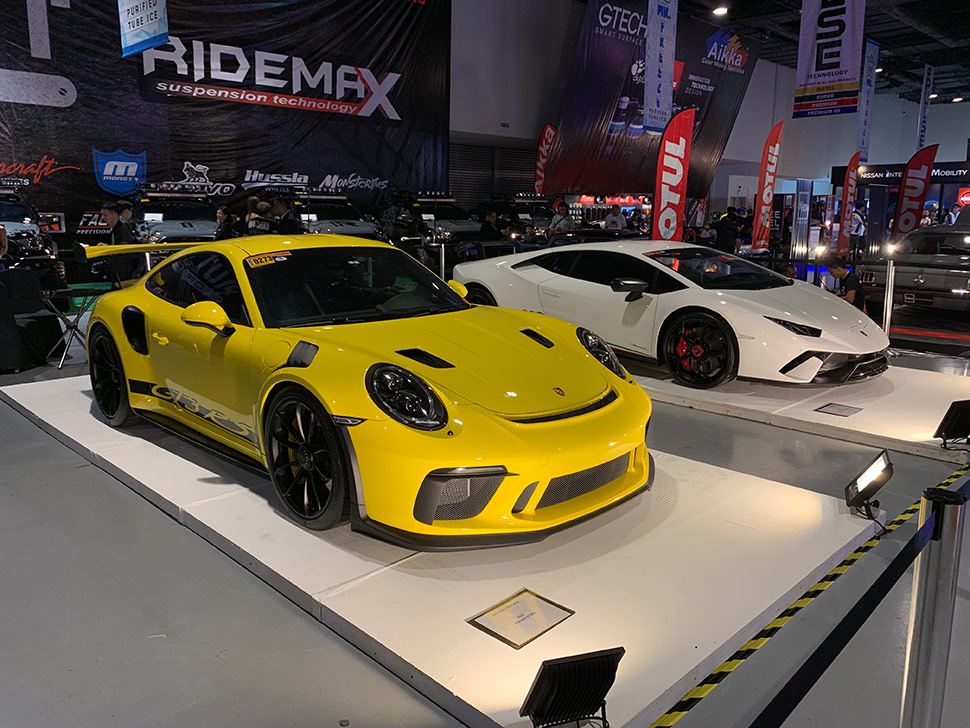 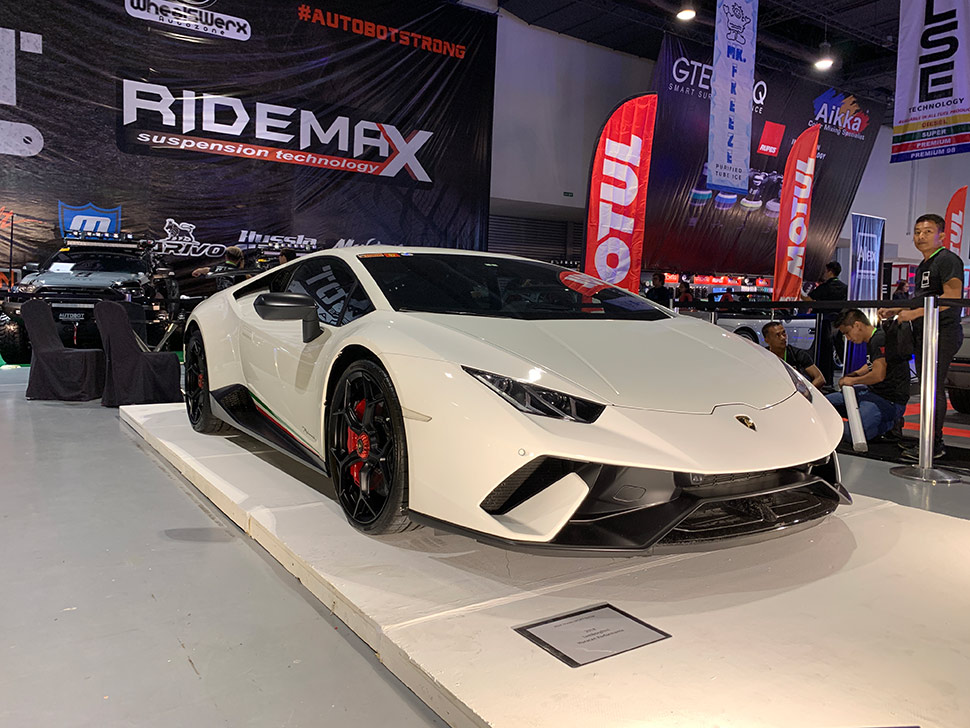 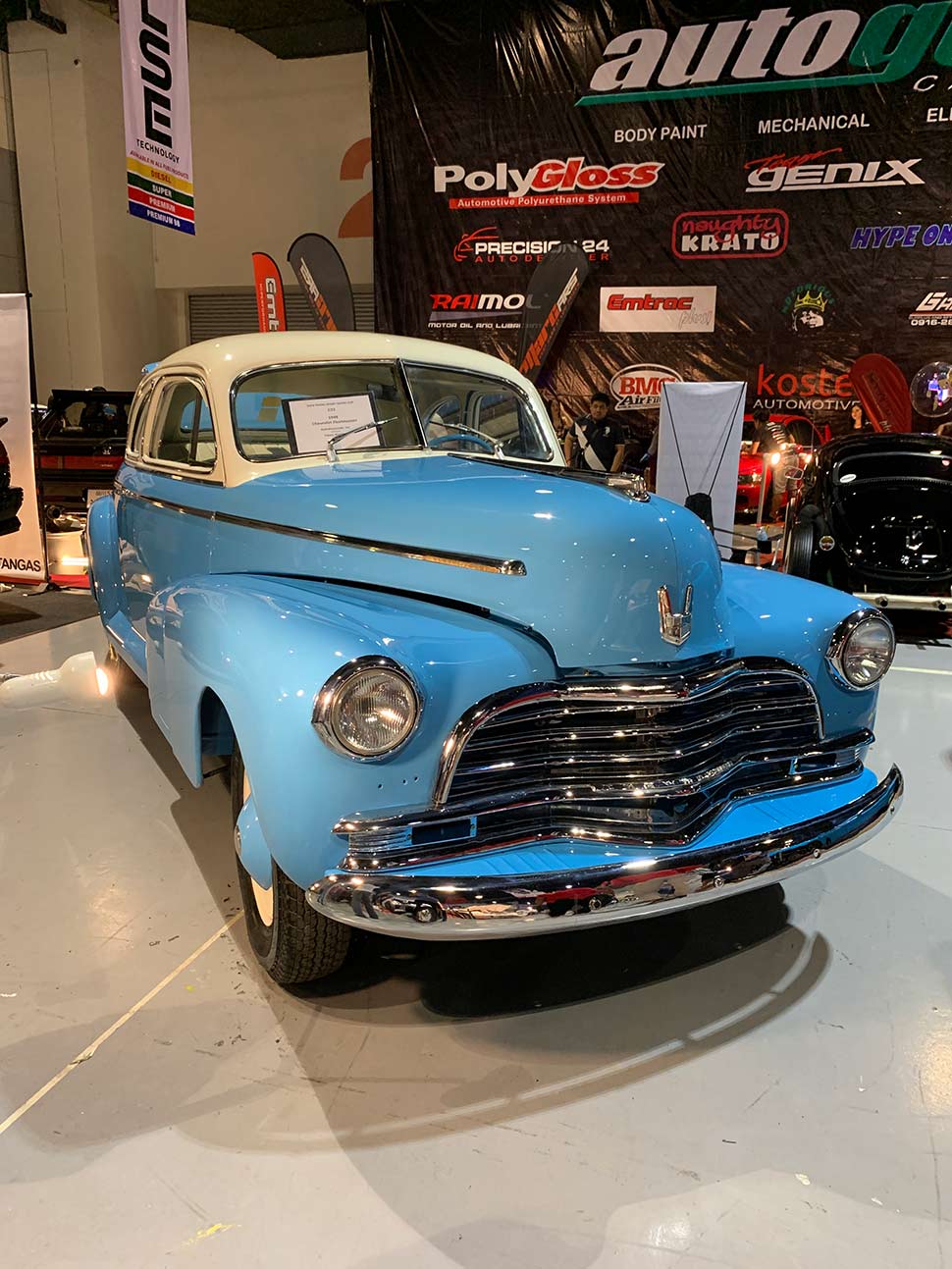 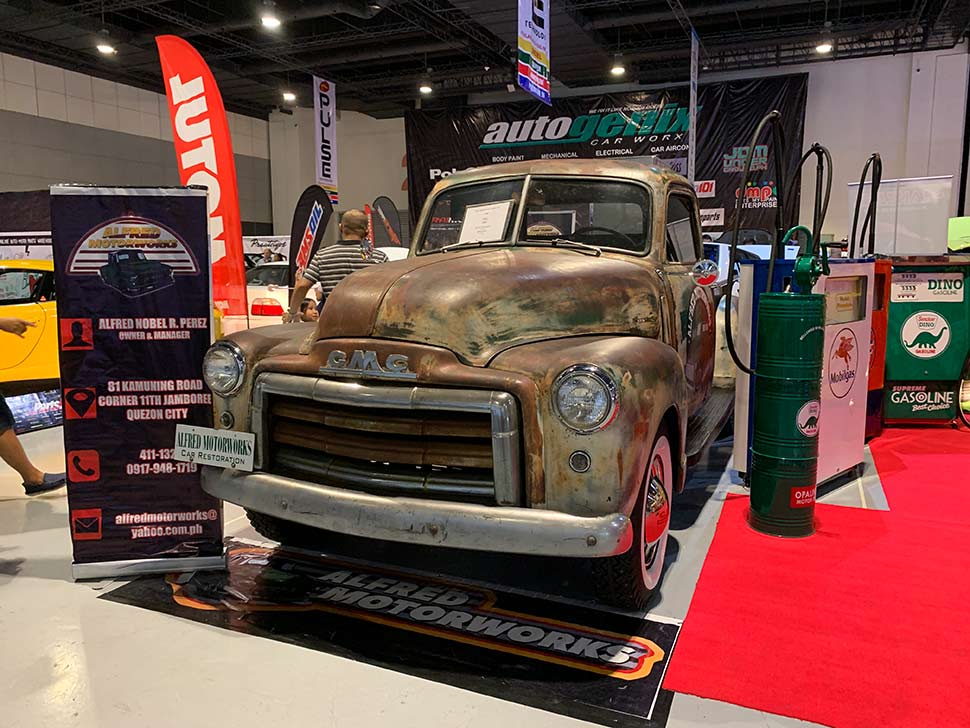 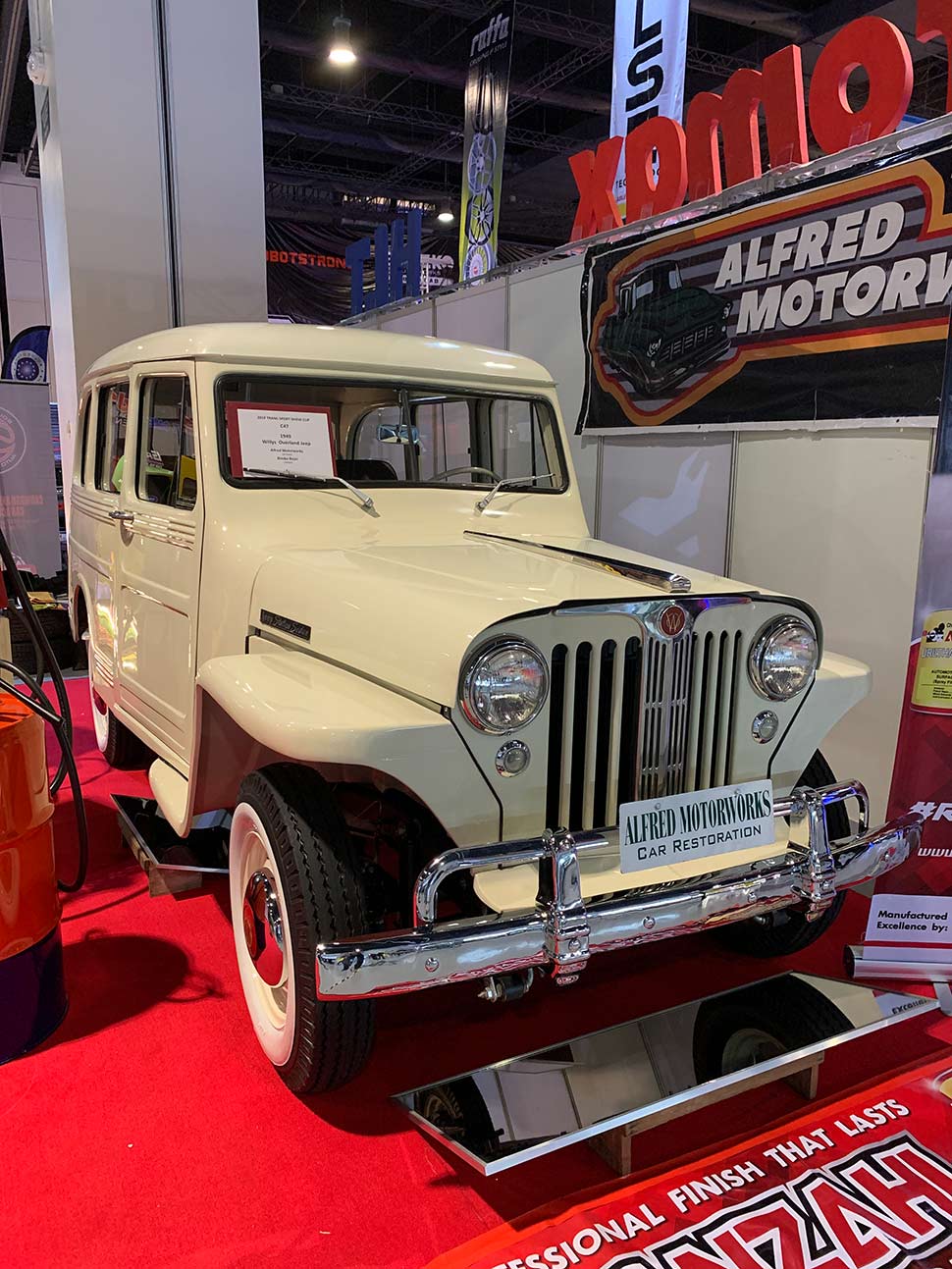 Entries weren’t limited to brand new or marquee collectibles though, as there were also what can be considered regular sedans at the show such as old Mitsubishi Lancers, Honda EKs and Toyota Corollas. But of course, the amount of modification and the level of attention to detail really make these otherwise normal cars look like they came straight out of a magazine.

“I had an old (Toyota) Corolla win Best of Show before because it was really nicely done and the setup is top-notch. So it’s really up to the car shops on how they present their cars,” says Delos Santos.

“It’s a resto-mod, it’s customized according to what the owner wanted. Everything is essentially brand-new except that chassis, which we kept as is. The fenders, doors, and other accessories are all brand-new, even the engine. It took us more than a year to finish,” according to Alex Restoration founder Alex Isip.

Isip says that while joining car shows like the Trans Sports Show is a lot of work, it really trains their people on the art of restoring a car. 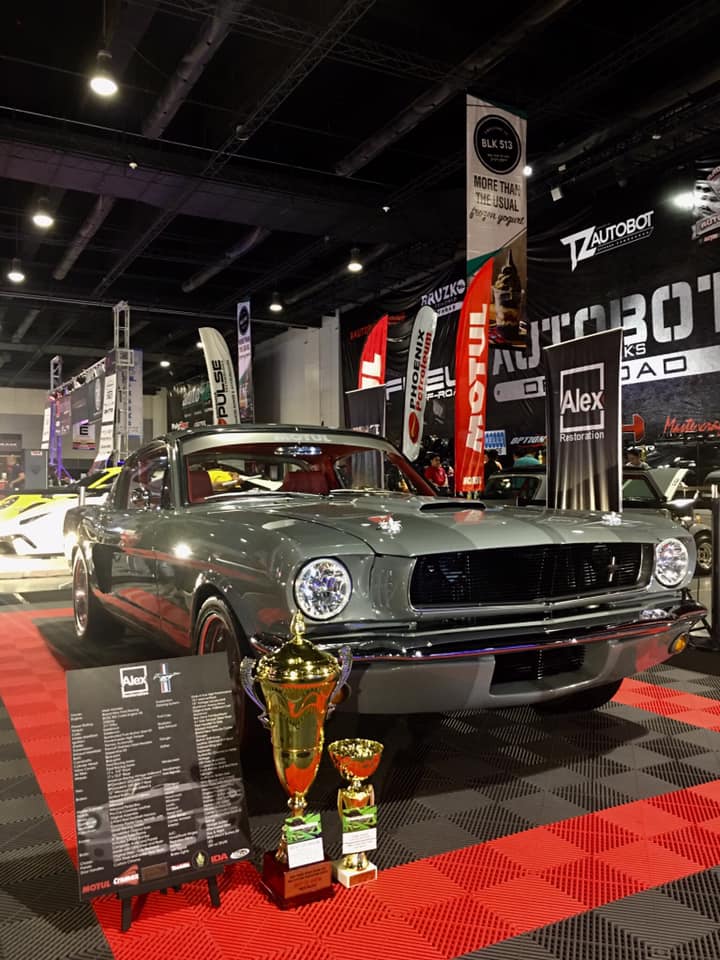 And all that hard work paid off after Alex Restoration won this year’s Best of Show award. Curiously, winners in the Trans Sports Show do not receive any cash prizes. According to Delos Santos, they just give trophies and recognition to the participants.

“I never give cash prizes, and yet more and more shops still join every year. This proves that the car show culture really is about passion and the desire to create beautiful pieces of art. And winning a Trans Sports Show award really carries a lot of weight and value for the car shops,” adds Delos Santos. 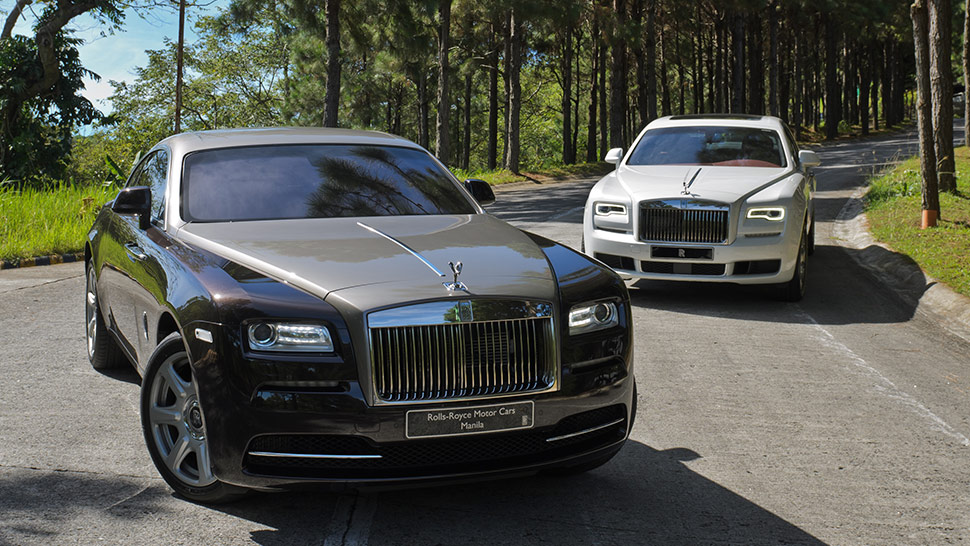