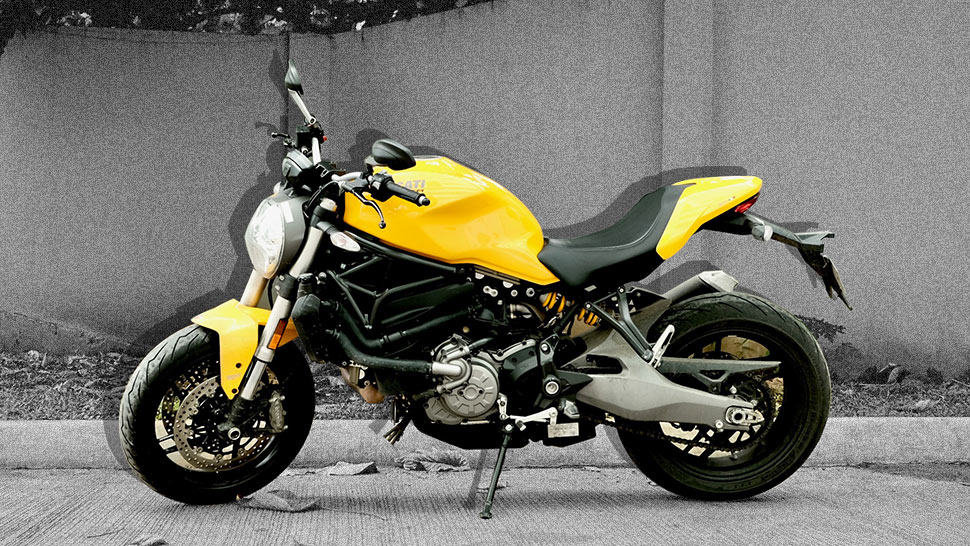 When it comes to luxury, many of us have a few things that have been living in our heads since childhood—that red Ferrari, that house in Ayala Alabang, or that Rolex or Patek Philippe watch. When it comes to motorcycles, Ducati is among the select brands usually on this hallowed list. But when you finally have the money and you’re a beginner rider (one year riding or less,) what’s it like to actually ride one?

I lucked into test-riding Ducati’s latest, the Monster 821, for a couple of days.

The Ducati Monster 821 belongs to a class called naked sports bike, which means it doesn’t have fairings. In simple terms, you get to see the 821cc liquid-cooled, twin-cylinder engine in all its glory. Let’s get this out of the way: many beginner riders always prioritize looks first. In eye-piercing Ducati Yellow, I was causing neck pains wherever I went. Seriously, I’ve never received so much (positive) attention while on the road.

That’s why I was surprised to learn that the Monster’s design has been around for 26 years, debuting in 1993 but pretty much keeping the same silhouette throughout the years. The Monster just looks, well, monstrous. It doesn’t quite look like it will win a race like proper sports bikes do (although it might), but it looks more like it’s built specifically to make other vehicles you pass by on regular streets feel inferior (it does.)

The good thing about the design though is you can wear a suit with it and won’t look out of place, whereas true sports bikes like Ducati’s own Panigale V4 seemingly require you to be in a tracksuit all the time. Think more Jason Statham than The Rock and you get the idea.

The way it looks actually affects the way you ride it. As a relative beginner, I’m used to a more upright riding position of standard bikes, and while the Ducati Monster will certainly make you lean forward, it isn’t nearly as aggressive as with true sports bikes. The humongous tank has depressions that perfectly coddle your leg, while the seat position is surprisingly low (officially listed as 30.91 to 31.89 inches). Still, much of your weight will be diverted to your hands due to the leaning position, so you do need to work on your core for this one to avoid fatigue on longer rides.

This lends well to the riding maneuver we all want to master on our heavy traffic-infested roads—pagsingit. Can you do it on a Monster? Yes. Surprisingly well, I might add. It’s important to note that we’re not promoting kamote or irresponsible riding here, where you squeeze through every opening you see without regard for safety. But for tight spaces, the Monster is surprisingly agile. It actually feels more stable than some standard motorcycles, probably due to its wider tires and myriad of tech (ABS, traction control, etc.)

The Monster, however, needs to breathe and by that, I mean it gets hot really fast—a gift and a curse for having an insane amount of engine power. Expect it to be uncomfortably hot if you get stuck in standstill traffic for five minutes of more. The clutch is also a bit harder than most bikes (I’m no expert but I’m assuming this is by design for faster riding), so if you have a soft grip, better start working on your hand forearm strength.

On congested roads, there’s always the feeling of being held back. When you get lucky and find a small stretch of free road, the pull of the first gear will make you feel like you’re on a race track, only to be slightly jerked back into reality when you come again to stop without even reaching the second gear. Quick research confirmed the old Monsters are known for having a bit of jerkiness in the lower gears, and most of that is rectified in the new models. Still, throttle and clutch control needs to be really on point for this bike.

When you do find a place where you can stretch the Monster’s legs, you’ll be rewarded with a sublime ride. Although it’s not a full-blown race bike, you’ll be forgiven for thinking it is one. I kept it on Urban mode where the ABS and traction control are both set to high for safety (and financial) reasons, but there are two other modes (Touring and Sport) which progressively remove all the tech assistance for the more advanced riders.

Even in the relatively tame Urban mode, all but the most advanced riders will feel the need for more power. The pull is immense in the lower rev ranges and goes right up to the red line. Suffice to say, you’ll leave regular bikes, cars, and other mortal folks in the dust. It’s also very stable even when hitting potholes at speed, which is critical for beginner riders.

Speaking of beginners, you’ll be secure knowing it has tons of safety features like ABS (double discs up front, single disc at the back), eight-level traction control, a bright TFT color screen, and many others. I particularly like the small but useful kickstand warning feature—you can’t start it with the kickstand engaged. There are a lot more tech specs on the Monster’s manual, but the bottom line is, for an 800cc bike, it’s easy for beginners to just pick it up and go.

A special bike for special occasions

At P830,000 to P840,000, the Ducati Monster is firmly in the I-have-other-bikes-and-cars-at-home territory. Could you use it in the city? Sure. Can it be your daily ride? Sure, but there might also be better vehicles in your stable for that. It’s nimble, light, and hella powerful, but it’s also less comfortable than standard bikes and gets hot pretty easily. It may not be the most ideal daily city bike, but it might be among the best weekend steeds to satisfy your need for speed. As with other luxurious things, it’s best to use it sparingly. You’d always want to have that ace under your sleeve, that monster in the closet. 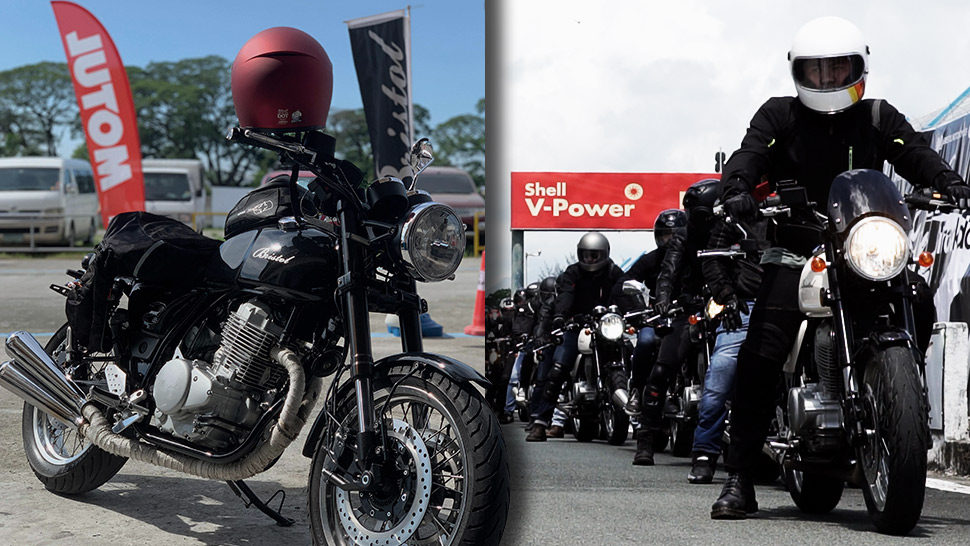 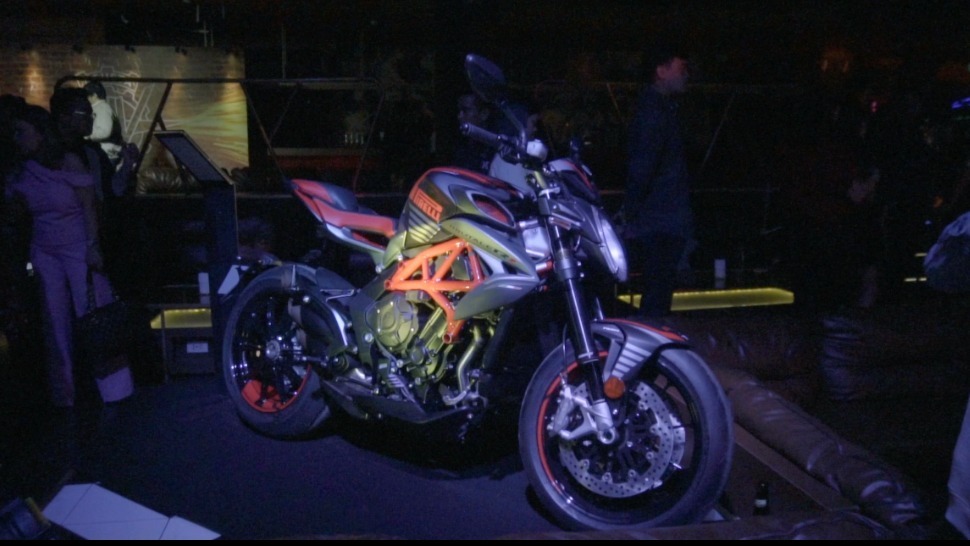 Italian Superbike Maker MV Agusta is Back in the Philippines. Why Did it Leave in the First Place?
All Photos
Comments
View As List