Off-Road Bikes Are The Secret Thrills of Men 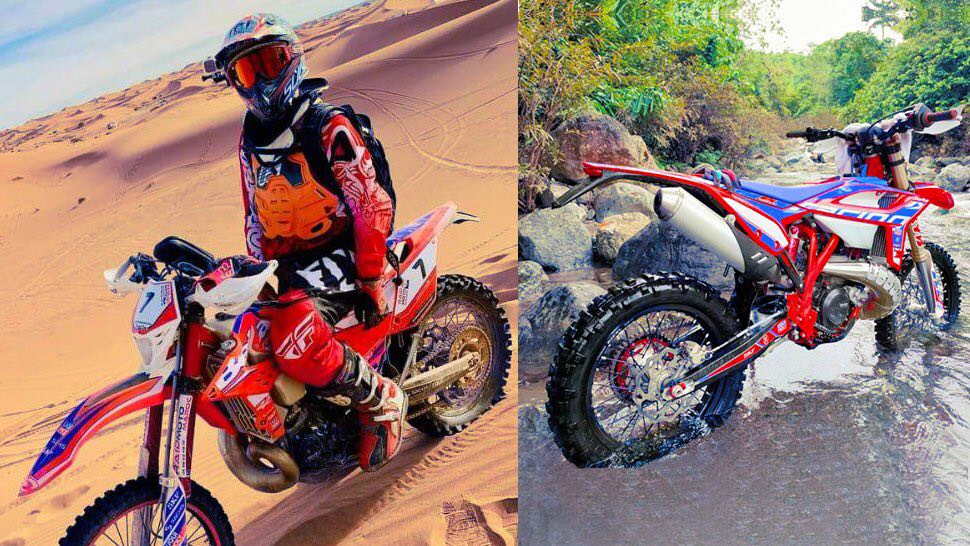 The joy of riding a motorcycle dawns on the car fiend when he sees a tidy bike zipping past his frozen jalopy during rush hour. Off-road bikes, scramblers, hogs, choppers, mopeds, and motorcycles offer riders a different kind of freedom. Because of their smaller and more agile footprint, they can weave and wiggle, sprint and slide across the tree-lined streets of Forbes Park, a treacherous track in the middle of nowhere, and even the desert.

The Off-Road Bike on Sand

Two years ago, Rey Relativo and nine other Filipino riders went on a two-wheel adventure in Morocco. It was, describes the motorcycle enthusiast, who is considered a legend in the local motorcycle industry, the group’s “best experience” and a “very unforgettable ride.”

Making their way through the Atlas Mountains, which spans Morocco, Algeria, and Tunisia in North Africa, the group rode through snow-covered roads (“a first for all of us”) and then, once past the Algerian border, reached the sand dunes of the Sahara Desert. Here, they encountered a problem. Most of them didn’t know how to manage the softness of sand.

“But the tour operator showed us how to,” says Relativo to Esquire Philippines. “After learning the technique, we had a great time playing on that new terrain, riding back and forth as if we were kids. We wished that we could have extended for another day just to go riding in the sand dunes.”

Relativo has been riding motorbikes and competing in superbike races for almost four decades, but the veteran admits that he enjoys off-road riding more than road racing or street riding. He loves dirt bikes with two-stroke engines like the Husqvarna 300cc TPI, the KTM 300 Six Days, the Yamaha WR450f, and his current favorite and the lightest in the roster, the 2020 Beta 300 RR Race Edition.

In the past, he’d go off-roading with a few friends, but wanted more people, especially his bike buddies in the prestigious Club 200 group, to “also experience the joy we get from off-road trails.”

He asked himself this: “How can I convince my street rider friends to become off-road riders?” And he knew the one thing in his way: A lot of people don’t have dirt bikes, because they’re not as popular as road bikes and also they’re hard to master… if you’re not part of a group.

The solution, of course, was to provide the bikes. Relativo and his son, Wayne, put up Mountain Quest, an adventure operation that offers dirt bike and ATV lessons, rentals, and tours in Rizal.

Conducted in the rivers and forests of Antipolo, its courses can be as quick as one or two hours or take the whole day (lunch and snacks are included). “This gave my friends an opportunity to get a taste of some off-road experience. I was able to invite and teach more people from the street riding community,” he says.

A couple of things happened after that: Mountain Quest became “a hub for dirt bike riders in the area.” His group of a few friends became bigger and bigger as the off-road adventures became frequenter and frequenter. And Relativo’s status as a mentor, teacher, or guru—or simply the provider of off-road thrills—lead to the moniker, “Master Rey.”

“Locals in the area started calling us the group from Mountain Quest,” adds the master. “And that's when my friends and I decided to name the group, ‘Mountain Quest Enduro Riders.’”

Relativo describes the Enduro Riders as men with diverse backgrounds connected by a passion for the off-road sport. “We have young professionals, businessmen, doctors, architects, and even politicians in the group,” he shares. “I'm the oldest at 56 and the youngest is my son, Wayne, who is 23 years old.”

Repainting this picture in today’s codes, you can say that this cast is inclusive. Which just makes you wonder even more about what moves men—all kinds of men—to hop on a bike and hope they don’t fall into a ravine (it happened—thankfully, the rider ejected himself off the bike just in time).

Relativo offers three reasons why men fall in love with riding bikes: the bond, the scenes, and the feeling.

First, there is that connection you get from sharing one thing with a group of people. For off-road bikers, in particular, friends work together to conquer the challenges and complete the new experiences of every ride.

Then, there are the unique places you end up in. “There are a number of destinations that are hard to reach and only accessible if you're using a dirt bike,” says the master. And when you factor in the difficulties that you have to surmount to reach these locations like, say, treacherous terrain or bikes conking out, the final scene becomes even more worth it—so much so that, despite the dead-tired weariness of the body, you get a rush of adrenaline.

Which leads to another feeling: “It's fulfilling to know that what you're doing isn't something not just anyone else can do, so you tend to appreciate the ride more.”

So picture this: Thirteen off-road bike lovers are on their way to Kinabuan Falls in Tanay, Rizal. To get there, they need to traverse rocky roads and cross 14 rivers. So they cross the rivers and two bikes drown. And the men stop to remove the water from the drowned bikes’ engines. It takes 30 minutes to fix the first bike and another hour to do the other. But the men just do it because they are used to it.

In fact, they consider drowning bikes a hiccup, a minor thing, a part of the adventure. On another ride, when a bike broke down, they pulled it out of the mud and worked together to fix it. There were also times when a bike was just unfixable, so they leave it in, say, the mountain and get it back the next day.

But back to the story: The 13 men really wanted to get to the falls. And finally, they reach their destination, a white column of water dissolving into a blue-green pool. They park their bikes, peel off their sticky shirts, and dive in.

“It was tiring but, in the end, it felt rewarding because the falls were so beautiful. We forgot all about the exhaustion,” says Relativo. “Everyone who rode with us had such a great time that day.”

And that’s the point of the whole thing: to have a good ride. 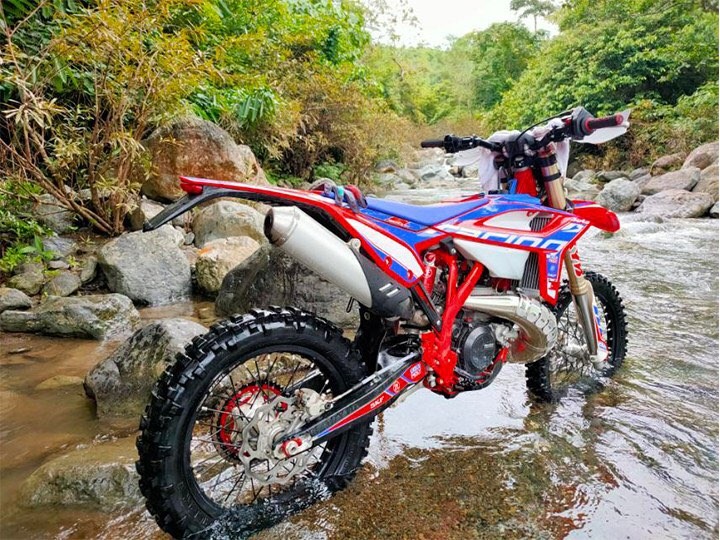 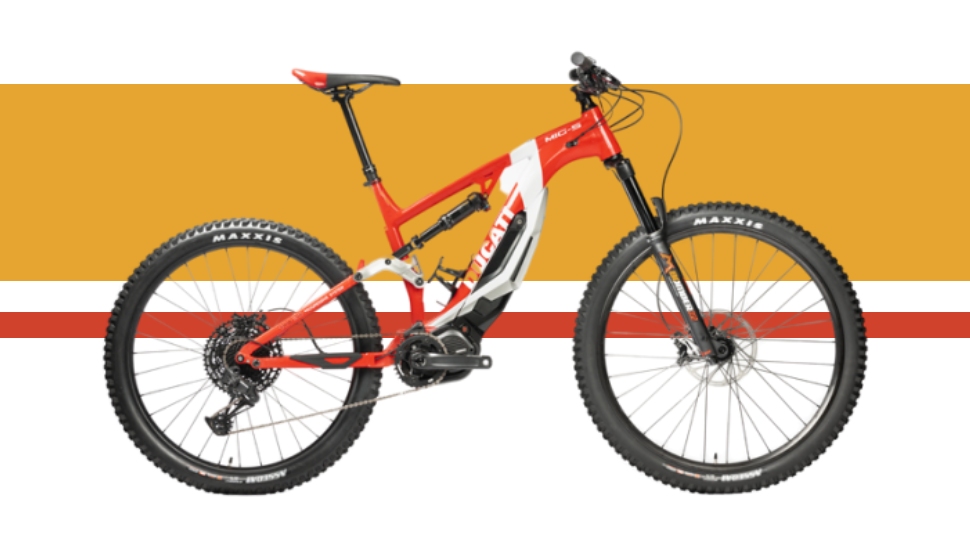 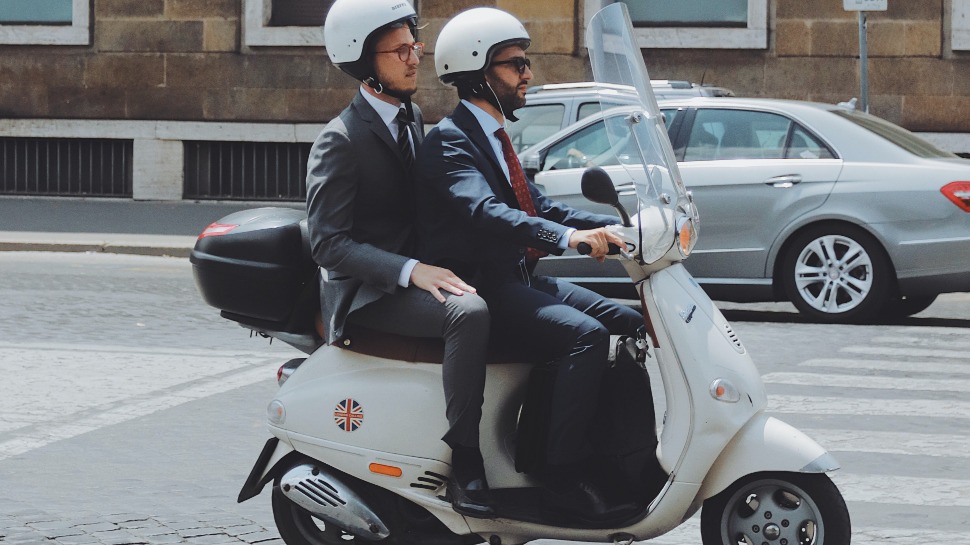 Motorcycle Backriding is Now Allowed, But There's a Catch. It's Only For Couples
All Photos
Comments
View As List