She does wonders even on Narda mode. 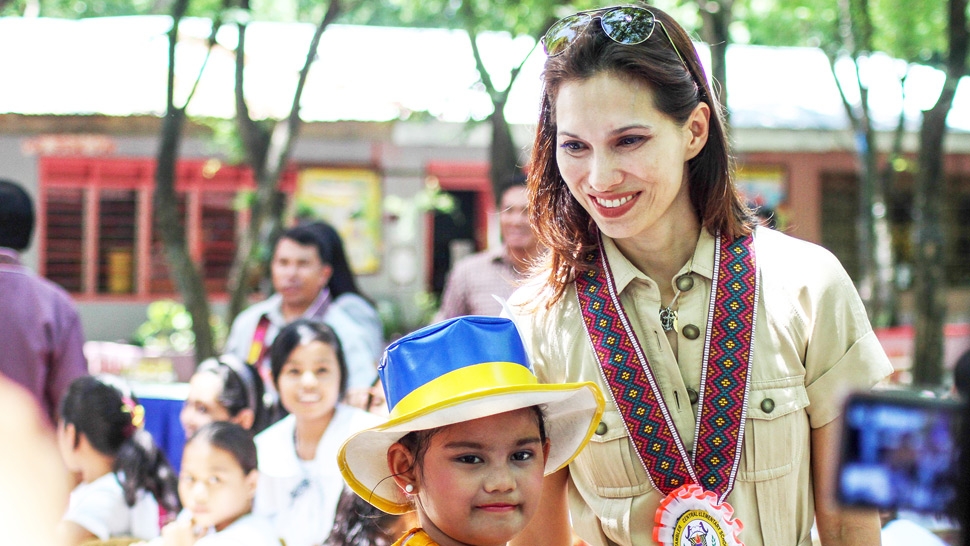 With the current craze over who finally got picked to wear the iconic costume, former Darna incarnations were also brought to the fore. It turned out to be a happy happenstance that Nanette Medved-Po was recently awarded as the Grand Winner of this year’s Developmental Social Enterprise Awards, presented by Isla Lipana & Co., the Philippine member firm of the PwC global network and the Benita & Catalino Yap Foundation, for her untiring and inspiring work on Hope in a Bottle. It’s true: The actress who donned the headdress and the cuffs is a do-gooder in real life.

Her non-profit has built 37 classrooms for children since it started in 2011. She recalls being inspired by a movement started by Bono, where he got big businesses to support a social enterprise with AIDS as its cause and wanted to replicate it here. Education is what she chose to focus on, with the idea of raising funds by offering something that people actually have access to and buy—bottled water. She also recalls that it was anger that pushed her to take up her advocacy. She told someone of her idea, and she was shot down. “I told that person, if you don’t want to do it, I’ll do it myself!” she laughs. 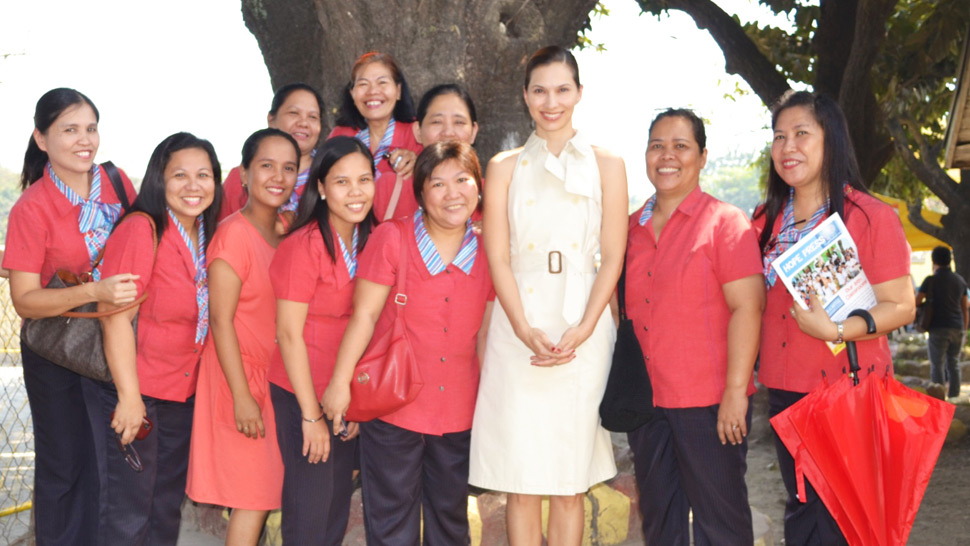 Since she did not have a background in business, she needed help. The “Ding, ang bato!” moment came when she met Ricky Gomez, who used to head San Miguel Foods. He was very receptive of the idea and helped her get off the ground. “It was a humbling experience, where I would do so many things I haven’t done before. I only had two people with me, and we were working out of one of the bedrooms in my house, which I converted into an office. I went out to do the pitch myself, meeting with retailers and hotels to introduce our product.”

She admits that being “Nanette Medved, the actress” helped a lot. “When I started out, it was shocking to everyone!” she chuckles. “When setting up meetings with people and calling them up to set appointments, they were curious. I suspect it had a lot to do with that curiosity, where they wanted to see what the hell is was doing in this space which is not associated with who I am, if I would sing or dance when I met them. They wanted to see what I was doing, and probably have front row seats to the train wreck I was getting into.”

“I would tell them that I am not just selling water, I am selling hope.” Even as she speaks of her project now, one cannot help but be infected by her enthusiasm.

It is during these meetings that she was able to convince people of her passion and dedication o seeing this work. “I would tell them that I am not just selling water, I am selling hope.” Even as she speaks of her project now, one cannot help but be infected by her enthusiasm.

To illustrate what she is trying to do to help effect change, she tells what she calls her “yaya story”. “Imagine a yaya going out on her day off and stopping at a 7-Eleven to buy something to drink on the bus. With all the other choices that she has, she picks up Hope in a Bottle. This may be because the classroom project might benefit her child, or it might benefit a child in her province. Not only that, maybe it will galvanize someone else who sees her holding the bottle and maybe offer his seat to her or to a pregnant woman.”

It’s about creating a culture of kindness, she says, harnessing People Power in the true sense that Filipinos are looking out for each other and being on equal footing with that objective in mind. It doesn’t matter if you are a CEO or a tricycle driver, when we are all capable and willing to extend a helping hand through something that is tangible.

Her latest project involves clothing made from recycled plastic, where she enlisted the help of Solenn Heussaff to design and promote Hope in a Shirt as a way to make people aware of the impact that plastic has on the environment. “As an enterprise that uses plastic for our packaging, we thought that we should also be doing our part in making people, especially our millennials, think about where all the plastic that we use every day ends up,” she explains.

It’s about creating a culture of kindness, she says, harnessing People Power in the true sense that Filipinos are looking out for each other and being on equal footing with that objective in mind.

The limited-edition shirts (there are only 200 pieces available) are made from 100% recycled plastic and are available online at Zalora. “We also hope that somehow, in our little way, the local fashion industry will take notice and think of the possibilities of this kind of fabric for their own use.”

She was tickled pink when told about the Esquire article that names her turn as Darna as the best adaptation ever. Then she drops a bombshell. She had done other roles before, but nothing like Darna. “I was always cast in the non-heroine roles,” she laughs. “When I was doing that movie, I was at a low point in my life. For me, when Viva told me that I got the role, it was just another project. From the shooting to post-production it was just another day on the job.” 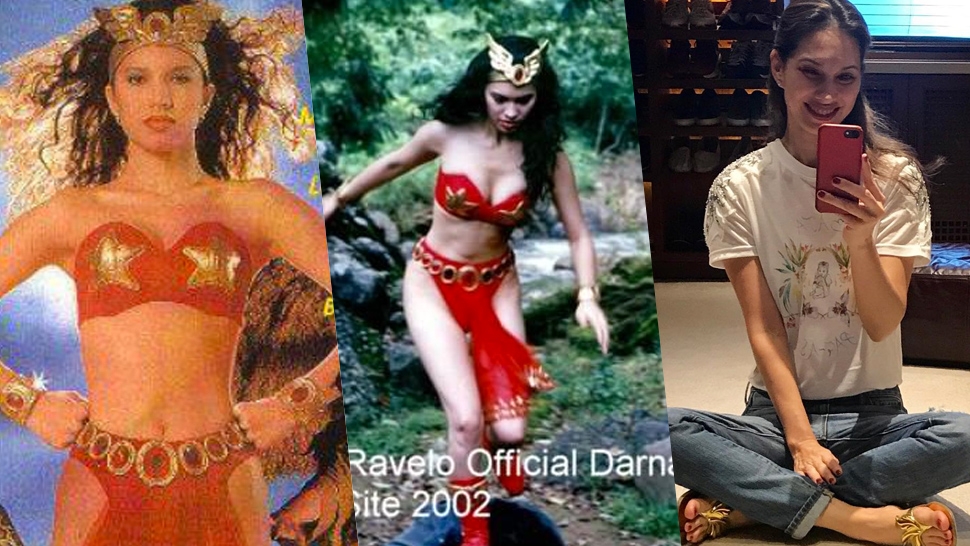 Things changed when she donned the costume and had to ride a float in a parade to promote the movie. “So there I was, thinking it was just another thing I had to do. But then, I looked down on the people watching the parade, and I saw the faces of the children and I saw the faces of their parents, and I saw one thing—hope. They had so much hope in Darna. That moved me and made me realize the impact of what I do and I felt that I had to do something good with this kind of influence that I had.”

That said, she notes that one does not have to don a superhero costume in order to do good. “I think that it is the whole point of what we are trying to do with Hope. We want to show people that anybody can help out. That we can get involved, that together, we can do good for our country.”