“Influencers,” they’re called, and just as quickly as they shot up to fame with the rise of Instagram, they’ve also become the subject of much derision. What does an influencer actually do, people ask. While some people find influencers fascinating, others find little value in the seemingly curated lives they project on social media.

But despite all the mud that’s been flung at influencers and the culture of clout, it would be wrong to dismiss every social media star as a hollow freebie seeker. There are those who use social media as a platform for their talents, and not as a talent in itself.

Such is what one might call Issa Pressman. If that last name sounds familiar, it’s because she shares it with her famous sister, Yassi. But unlike Yassi, who planted herself on primetime television and the silver screen, Issa parlayed her talents into the world of social media, where she shares her life and her work with a community of over 270,000 followers. Call her an influencer if you’d like, but you can’t say she isn’t something more than that too. 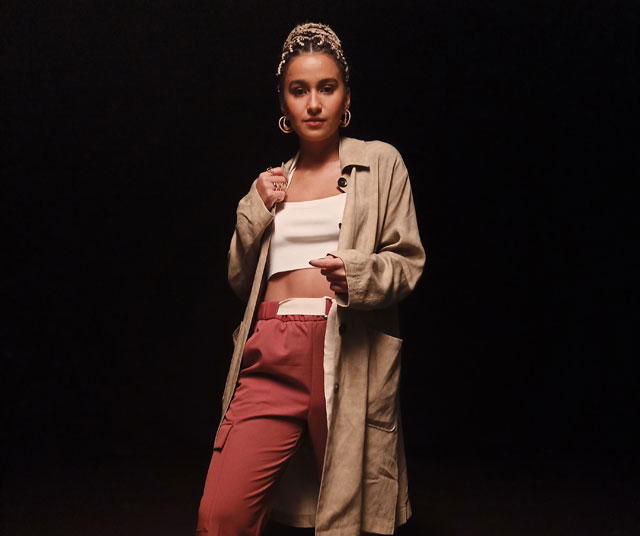 That’s because Issa Pressman is also a passionate artist and an all-around creative. Apart from styling, directing, and editing her own photos—which are par for the course among influencers—Issa is also a painter, an illustrator, and a makeup artist. She’s creative in so many more ways than your run-of-the-mill Instagram star, and she’s about to let the world know it.

“It’s simple to say it’s ‘exciting,’ because everyone uses that word,” she says. Issa second-guesses herself with this statement but is ultimately resolute in what she feels about being able to work on her art more.

“But then it’s okay to use that word if it’s the truth,” she adds. “It does feel exciting.”

There have been challenges, though. At some point, Issa felt constrained by people's expectations, unsure of herself as an artist.

“I had a period when I couldn’t draw,” she admits. “So even if I wanted to mix all of the colors in my head, I couldn’t draw a piece that I could actually fill in.” This caused her to question her direction.

But she eventually broke out of that confusing state and can look back at it with more wisdom. She says artists who feel restrained should take some time to step back, as long as they’re constantly prepared for when the creative juices start to flow.

“You need to find your own space where you can just drop everything,” says Issa. “Have your own corner, even if it’s the smallest corner in the room. Just make it ready and available for you, so that any time you’re in the mood, you just go for it.”

Apart from her appreciation of space and accessibility, Issa is aware of the factors that affect an artist’s creative output. But perhaps no factor is more crucial and universal than the need for the tools of the trade. For her, it’s the right brushes, palettes, and canvases—the materials themselves that become the art. One crucial part of being an artist is the liberty to share her work with the rest of the world and this, in itself, requires a separate tool. 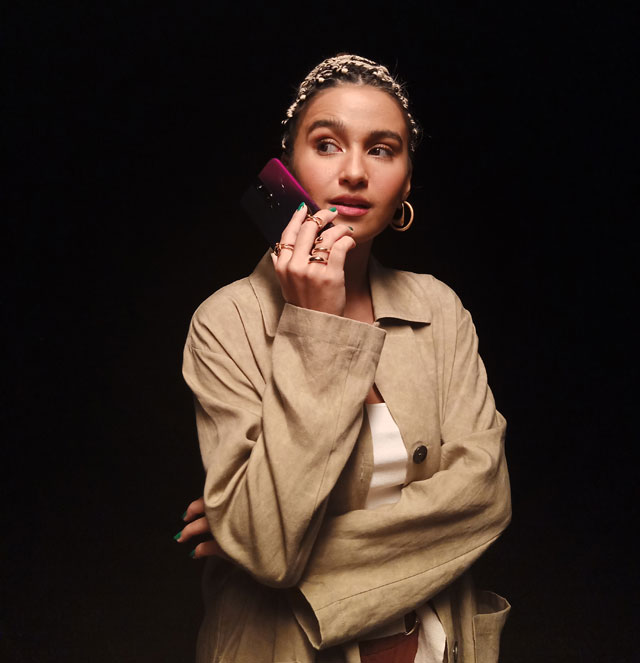 For Issa, it’s her phone, an OPPO F11 Pro. Its 48MP camera lets her take excellent shots of her work and brilliant portraits of herself, for the feed. This completes the package of the modern artist and the social media star who’s ready to break out of the mold: She has her talents and the right tools, including the platform on which to show her work. Her venue for self-expression is limitless, and it allows her to shine and stand out from the rest.

"No matter how dark it gets, things will always get brighter," said Issa in an Instagram post.

Issa has found her place. It’s all she needs to prove to the world that she’s not just another influencer.

All portraits of Issa Pressman were taken using the OPPO F11 Pro. Watch this video and follow OPPO on Facebook for more info.