'The moment you become selfish, you do less.'—David Almirol Jr.
Long Reads

'The moment you become selfish, you do less.'-David Almirol Jr.

The CEO of a flourishing Filipino software company can tell you a thing or two about growth.
CREATED WITH MULTISYS TECHNOLOGIES CORPORATION
Jul 30, 2020
Shares
Share
Tweet

David Almirol Jr.’s office looks more like a hobby shop than an executive workspace. The place is filled with Avengers memorabilia: An Infinity Gauntlet rests on a side table, a sculpture of the Age of Ultron battle scene is on his desk, and a massive Iron Man statue stands just behind his seat. You wouldn't immediately guess that here, in an office nicknamed "The Avengers Room," works the head of a Filipino tech company that stands tall as a stalwart of our country's burgeoning I.T. industry.

There's a reason behind it—all of it. For Almirol, the Avengers are the ultimate representation of what it took for his company to grow at the pace and scale that it did: a culture of mutual support. It’s something he'd learned to foster throughout his professional life.

Before he founded Multisys Technologies Corporation (MultiSys), the massive software developer behind hundreds of technology providers and system integrators, Almirol was a humble janitor stationed in the Middle East. Despite having earned a Computer Science degree from the University of Cordilleras, work was hard to come by. Going abroad was his best option, even if it meant significant underemployment. “I actually didn’t have much choice at that time,” he shares. “When you're surviving, you accept every job, right?” 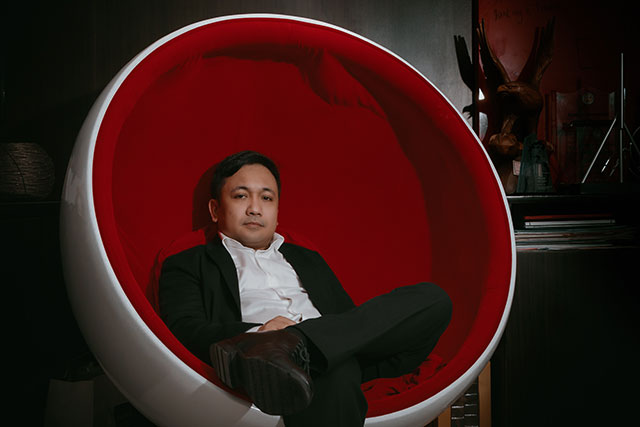 'The short guy with the spiked hair'

The story of Almirol's success started when came across an opportunity to work with the United States Army and Air Forces Exchange Services at Camp Fallujah, one of the larger American bases in Iraq. This was in 2003, in the early years of the U.S.-Iraq conflict. Camp Fallujah, a high-value target, was frequently attacked, which meant that the risks were great, but the pay was better—so he accepted.

Amid the atmosphere of regular bombings—“we called them ‘fireworks’”—he took on odd jobs while waiting for a programming position to open up.

“I’m a guy who doesn’t like to waste time,” he explains, “So I did all the jobs I could there. I started making money, so I didn't care whatever job was available. I became a merchandiser. I was a janitor for more than a year. I became a cashier. I also became a warehouse worker, an inventory guy, and even a store worker," he recalls. "I was even a pretty good forklift driver at one point."

“I started to learn from different people. There were a lot of good programmers coming from India, coming from Japan and from China to the U.S., but they could only stay for about a month or two. I became like a sponge for all that knowledge. I had to absorb it."

Because of his technical proficiencies, it didn't take long for him to rack up a good reputation within the camp. “If anyone needed electronics fixed, all they needed to do was look for ‘the short guy with spiked hair,’” he jokes.

“I started to learn from different people. There were a lot of good IT people whom I befriended, but they could only stay for about a month or two. Since I became the resident programmer, these experts would have to teach me everything they would set up for the base. I became like a sponge for all that knowledge. I had to absorb it.”

“That's where I learned a lot of technology like ERPs, system integrations, biometrics and customized solutions,” he continues. “On top of that, I started developing some systems inside the base like the warehouse system and cargo management system. I also helped my colleagues set up a remittance system in Iraq. In fact, I might have been the first guy to send money from Iraq!" 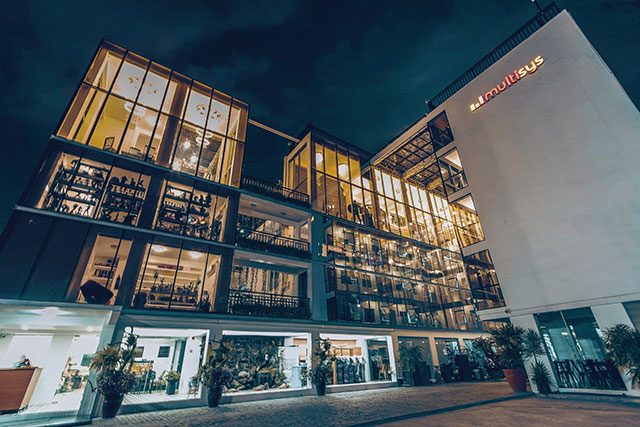 After four years, Almirol decided to head back to the Philippines to try to establish a computer business in his hometown in Isabela. That, however, turned out to be a tremendous mistake.

“I lost everything,” he says. “I tried to shun away my first love. I'm a programmer, and there I was, trying to be like a computer store. We lost everything. We even lost our house.”

Almirol cut his losses and sought employment overseas once again. It looked to be his only option at the time. He gathered whatever money he could and traveled to Manila, hoping to secure employment through an agency. He didn’t even have enough to commute back home.

Getting the paperwork done took longer than anticipated, rendering him essentially homeless. At one point, he was sleeping on the couch at the agency.

Thankfully, the owner of the agency took a liking to him and offered him some work.

“I think one of the reasons he wanted to help me so much was because of my persistence. I was at the agency almost 24 hours a day,” he shares. “He told me, ‘While waiting for your job offer, can you finish my recruitment system?’ Okay. So I had a job. He paid me P25,000 for the system, so I could afford rent near an informal settlement area in Sta. Ana. He was feeding me their free lunch, so I had food. And that’s where MultiSys started."

That turned out to be Almirol's big break.

"I developed a system for him, and he loved it. He told his friends about me, and they hired me, too. It was all word of mouth. Eventually, around 10 to 16 companies were using my systems—pharmacies, small stores, other recruitment agencies, warehouse and travel agencies. Companies discovered I could do a lot of systems, and so they contracted me instead of hiring teams of programmers.”

By 2010, Almirol had earned enough capital to create what would become MultiSys. Since then, the company grew in volume and value, and with the help of its partners, it developed platforms that now service thousands of clients and millions of end users through its financial systems alone. Partnerships with several government contractors and I.T. companies have helped countless more.

In retrospect, Almirol knows that the company wouldn’t have come as far as it did if not for the investments he made in his employees. As a leader, Almirol ensures everyone feels fully supported, both by the company and their co-workers.

“I'm a system programmer myself, so I know the mindset, you know? If you're inspired, you can do more. You cannot accomplish much when you’re stressed, especially if you're staring at your laptop for 24 hours," he says. "So I don't want my people to call this a workplace. This is their playground. They come here and play. You enjoy play. Work, you get tired of it.”

“If my people are inspired, I don't need to tell them what to do," he continues. "They do it because they respect the company. They love the company and the growth, the harmony is because of them. That's why they are very proud of MultiSys because they own it. That’s a big part of why we have a near-perfect retention rate.”

It's important for Almirol to pay forward the kindness he’s received. Because he experienced firsthand the value of having a boss who helped him with food, every employee at MultiSys has access to free meals. Because an agency owner was kind enough to give him a job that afforded him rent, MultiSys has studio units at its headquarters, all free to stay in. A rent-to-own townhouse is being built nearby, too. In fact, the company does its best to provide every modern comfort onsite, with a gym, a game room, a barbecue area, sauna, massage rooms, and salons as just some of the perks offered completely free of charge for every worker.

And because none of this would have happened without the tech experts he met abroad who freely shared their knowledge with him, he espouses an ego-free learning environment within the company.

“Normally, most tech companies are more into disruption and competition,” he says. “So some mistake programmers’ mindset nowadays to be very egoistic. They become selfish because they need to be the best. They don't share what they have. Our model is different.”

“The moment that you become selfish, you do less. But the moment that you share your ideas, your technology to others, you will learn from them as they learn from you. We make sure that our people learn from each other. Because there's almost always constant training, the growth here is very spontaneous,” he says.

“I think that's the beauty of the growth here. It's not only as a company, but as a person. The company will grow, as well as the attitude, the mentality, the teamwork, and the expertise that they have. They share with no reservations.”

He looks again at his collection and sees the lessons of a successful career.

By inspiring his team to become the superheroes of the company, MultiSys is looking towards a future full of growth. 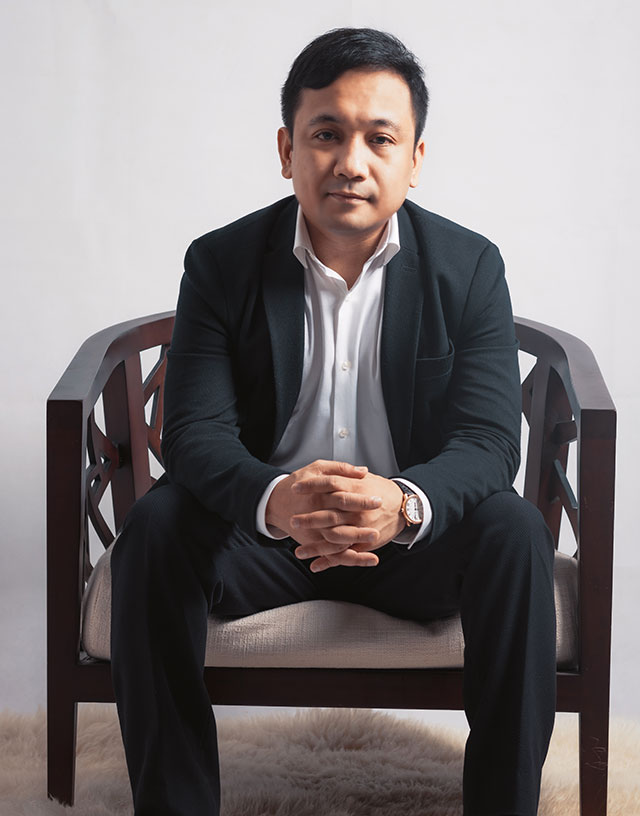