Few things reveal a man’s tastes quite as well as the vehicle he drives. Any vehicle, no matter its price, is a considerable investment, after all. Which means it's also, most likely, a carefully selected extension of the personality of its owner.

That is, if there isn't a battle between desires and responsibilities, in which responsibilities prevail. In this case, a man chooses a "boring" car—one that is practical, and nothing else.

Conventionally, this was the role of the midsize SUV, which in many ways, has suffered from its own success. It seized the role of family car from vans and MPVs, and in the process, became known as the boring choice.

The new Nissan Terra, however, defies convention. It's an SUV with a fresh, exciting look, and all the necessary performance, but also a great, stylish family vehicle for a stylish family man.

Now that the Terra has received its turn under the knife at Nissan, Quad LED Headlights and a bold front fascia make this SUV a headturner in its own right. A family car, but make it macho. Plus, 190PS and 450Nm of torque from its bulletproof 2.5-liter power plant ensures that the show has the appropriate go to match. 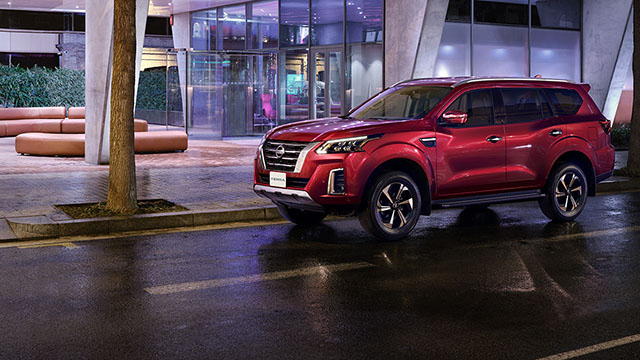 The Terra packs eight BOSE® premium speakers tied up to a crisp nine-inch display for easy access to your curated playlists using Apple CarPlay or Android Auto. These are complemented by plush interiors with quality leather that make a luxe experience of anything. (You could be blasting Nickelback and munching on french fries and still you would feel a little fancier in the Terra.) Add in niceties such as wireless charging, an Electronic Parking Brake and 10-way power seats and this SUV pretty much feels like an extension of your mancave at home—the furthest thing from a drab grocery-getter. 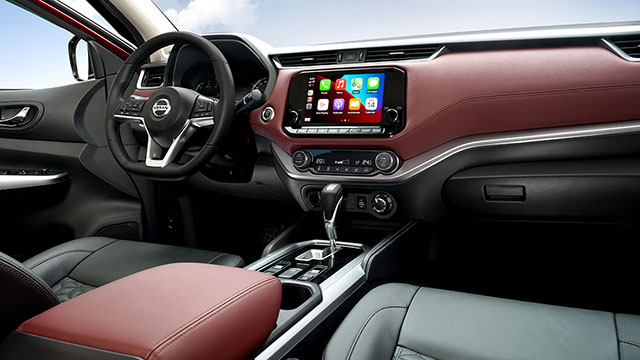 Don't forget—you're a family man, too. Good thing the Terra has a full complement of rear cooler vents and USB ports that are, at this point, requirements for happy passengers. Once you try the One-Touch Remote Tumble Switch for the second row, you’ll wonder how you ever lived without it. This feature provides easy access into the third row for your loved ones, who can share the flip-down 11-inch monitor for their entertainment. In short, it means your kids won't ever think of the Terra as a boring car, either. 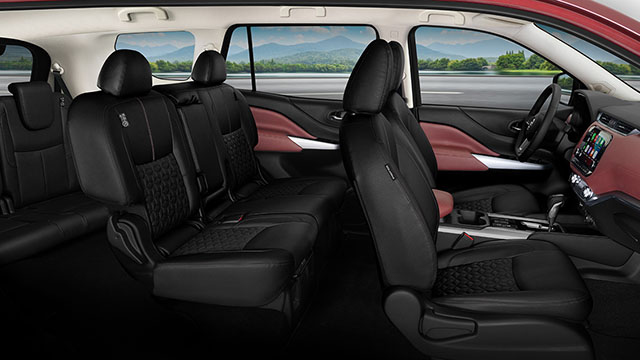 The discerning driver knows that safety tech is not to be scrimped on–especially when your family’s well-being is at stake. Good thing the 360 Safety Shield gives you 360-degree coverage via the Intelligent Around View Monitor with Moving Object Detection. Rear Cross Traffic Alert kicks in during tight parking situations while Blind Spot Warning, Lane Departure Warning, and Intelligent Forward Collision Warning with Intelligent Emergency Braking are all active on the open road.

So yes—take a good look at the new Nissan Terra and understand that this isn't just another midsize SUV. It's practical, yes, and it's spacious, and it gets the job done. It's everything a man tends to look for in a midsize SUV, sure. But It's also a lot more than that. The new Nissan Terra has the flourishes and touches that suit the tastes and sensibilities of modern families.