Art becomes protest as this exhibit draws attention to this administration’s brutal War on Drugs and the culture of casual misogyny the President reinforces. 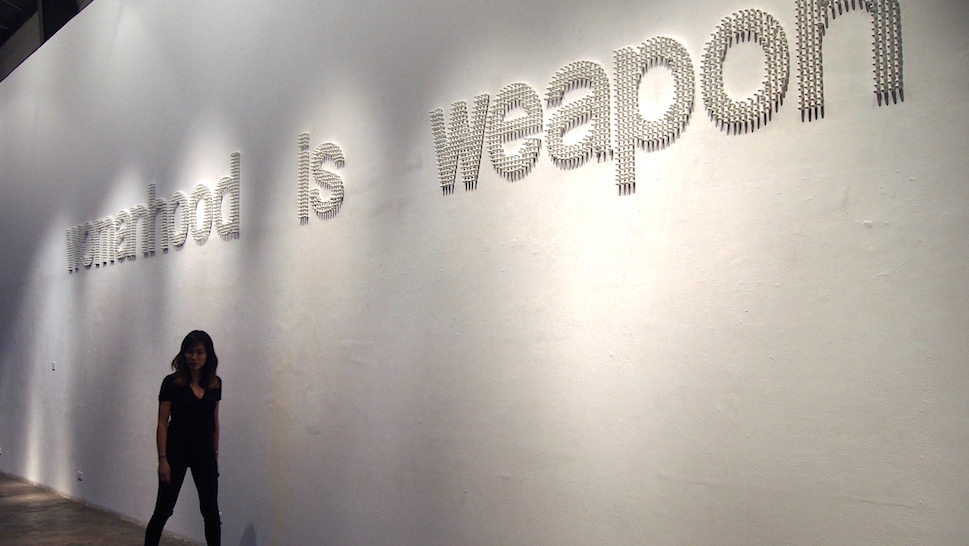 Nikki Luna’s sparse installation, “Violence Need Not Be Bloody For it to be Validated As Such,” on exhibit at Finale Art File, consists of only three pieces: the statement “womanhood is weapon,” written in 5,000 cast bullets, painted white; a projection of a one-minute clip by filmmaker Alyx Ayn Arumpac of actual footage of a woman at a crime scene, dutifully sweeping away a pool of blood—her husband’s— with a walis tingting, SOCO chalk marks outlining the void that has been left; and at the far end of the gallery, a white dress that hovers above the ground, a cast replica of one the Vice President wears, titled, “Value is measured by the length of her skirt,” a reference to the remarks the President made about her knees during an official event.

You don’t need to read the artist statement to recognize that this exhibition directly engages current events through the feminist lens Luna is known for, drawing attention to this administration’s brutal War on Drugs, and the culture of casual misogyny the President reinforces, are affecting women at all levels—from the swelling numbers of those left to mourn the dead, to those on the receiving end of daily microaggressions and gaslighting, like when a woman is told her skirt is too short to not demand undue attention, while simultaneously telling her to “take it as a compliment.” Esquire talks to the artist about her current work and the art of protest.

ESQUIRE PHILIPPINES: You have long been using guns in your work as a symbol of violence, but these bullets now take on a more immediate meaning, as they are the objects that have killed some 6,000 people ever since the War on Drugs has been declared. Did you have any hesitations when you decided to tackle these issues in your work?

NIKKI LUNA: I never had any hesitation in taking on the issue of EJKs. I am against the murdering of human beings. I have always been against it, even during the past administrations. From the killings of farmers, union workers, activists, etc. that have been going on for decades. But more so now, when killing has become the norm. In the “War on Drugs" from legitimate police operations and vigilante killings starting from July 1, 2016 to Jan 12, 2017, there have been 6,200 deaths. That's more than those killed under Martial Law, more than double the number of those who died during 9/11.

It never stopped me even when I have received numerous threats concerning me and my loved ones. I will speak out through my art, whether it’s one or 1M killings, innocent or guilty, I will not hold back on calling out human rights violations.

ESQ: In this political climate, where the VP can be reduced to the length of her skirt, and where it is the women who are further disempowered, left to fend for the children whose fathers were unfortunate victims in the narco war, do you see womanhood as a weapon being used against itself? How can we turn that around?

NL: Womanhood is being used against itself. I'll give a few examples. When Agot Isidro spoke her mind about Duterte, memes by Duterte’s supporters filled the social media dragging her past, her uterus and her womanhood to public scrutiny. There’s that easy insult thrown to women like her chose to or could not (we could never know and that is her choice, too) have a kid—that womanhood is motherhood. It isn't every woman's future/fate. Women can be complete human beings without children. But time and again, gender prejudice rears its ugly head, like now, to silence the likes of Agot Isidro who chose to speak out. Only the Man should be heard.

The time when Duterte then told off De Lima: “hang yourself.” In the same breath, he preached about her "immoral" behavior. “Dapat kang mag-resign. Wala ka ng mukha,” he said. “Anong ipakita mo sa mga babae? Follow me, sabihin mo? This is how to be a woman of the world?” That women have vaginas and have sex is a biological fact.  But he chooses to see De Lima’s womanhood as less, because of the manifestations of her sexuality. This Puritanism coming from a known womanizer reveling in the sexuality of his women is hypocritical and hilarious.

We can turn this around if we continue to include gender sensitivity training in schools, institutions, government offices, communities. There's a need to re-educate people on gender inequalities, violence against women, non-sexism. The President's Women Codes amount to nothing if the men in power do not understand the real meaning of women empowerment. But it is not only the administration that needs gender sensitivity training but the rest of country, who either choose to support a misogynist leader or to turn a blind eye and keep quiet over the issue.

Lastly, Womanhood should not be confined or limited to certain stereotyped qualities accepted to be natural to or characteristic of a woman. Don't succumb to gender roles and definitions. 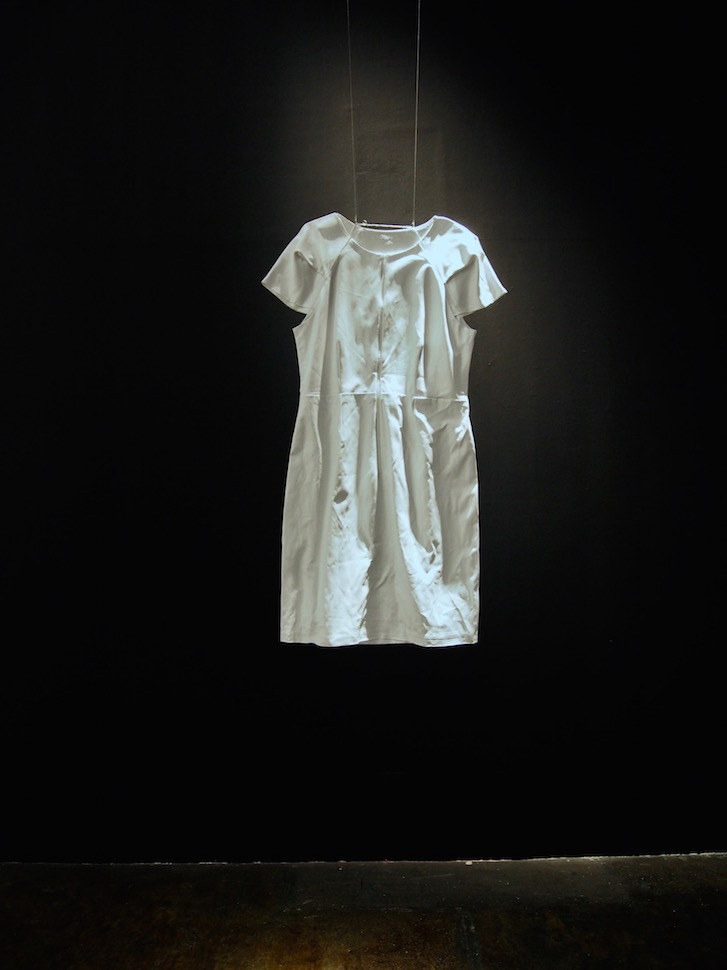 Value is measured by the length of her skirt.

ESQ: You spent a couple of months in New York. Have artists already started to conceive or create work as a response to their incoming president?

NL: New York is New York. They are straightforward, no-bullshit, no fear of getting their thoughts out there. They call out whatever it is they see wrong. Even the incoming president. There are Art Strikes by #J20 happening all over the U.S. that demand businesses, institutions, individuals do not proceed as usual on inauguration day. The artist Richard Prince showed how to fight back against Trump by denouncing his own work [an IG selfie of Ivanka Trump]. He disowned it and called it fake. There's the Nasty Women exhibition, borne from the infamous "nasty woman" comment made by Trump, which collected 700 pieces from artists who identify with being a nasty woman, it was also a fundraiser for Planned Parenthood. The list goes on.

ESQ: In the performance aspect of the exhibition where each guest nails a bullet to the wall, I feel like it’s saying we are all complicit in the deaths—of the rule of law, of compassion, of truth. But I also see it like stars piercing the darkness. In what areas have you seen any hope?

NL: That is how my curator Claro Ramirez was hoping it to be, a constellation. Each bullet was placed by individuals who feel connected to the exhibit and what it stood for. If you ask me about hope, now that’s a really tough question. Tough when you see and hear more than one story of a man with his toddler son killed during the Christmas season, leaving behind a pregnant wife with two other children. Or the 13-year old boy who begged to spare the life of his father but still his father was killed in front of him, while the young boy was also hit. His mother fled along with his younger siblings. They run, hiding like pests, rats and cockroaches to be purged, because their fathers are either "users" or alleged "pushers.” I see hope in the very same people who remain oppressed and victimized by our imperfect, corrupt system. When you see the children reunited with the mother who had fled, how the young boy finds comfort in his mother even with a painful injury, nothing else matters except being together with the only family he has left. The mother who embraces her young children, not knowing how she will pay for the burial, funeral expenses, their next meal, the roof on their head. Many lives have been judged worthless but despite this, the women and children thrive, they fight to survive. They choose to live. That is hope. We all look at the same stars at night. We share this with them.

“Violence Need Not Be Bloody For it to be Validated As Such” is on view at Finale Art File, Warehouse 17, La Fuerza Plaza, 2241 Chino Roces Ave, Makati City until February 9. The artist talk will be on Jan 28 4pm at Finale 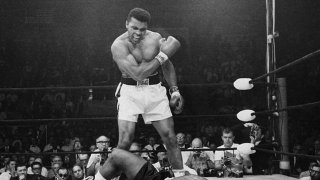 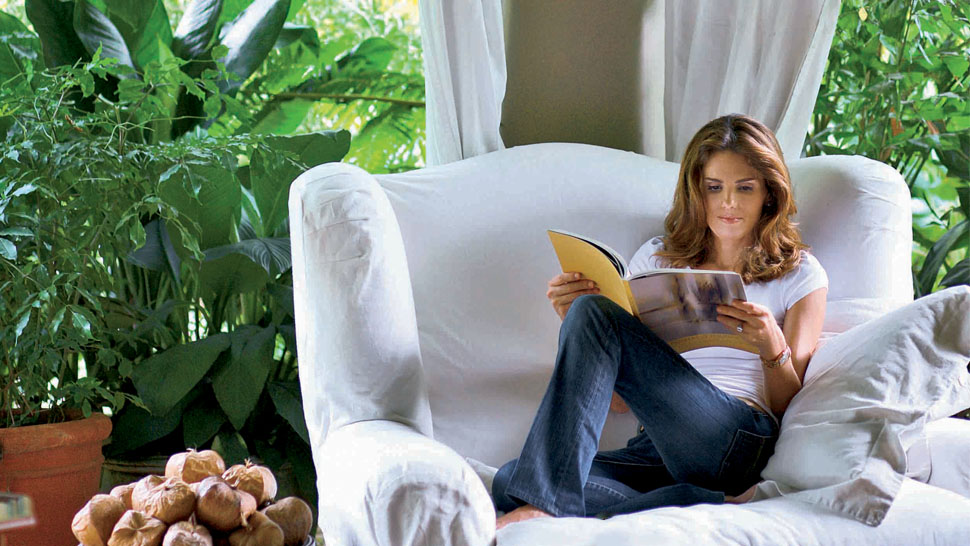