Where do you keep the country's most valuable art? In the bank, of course. 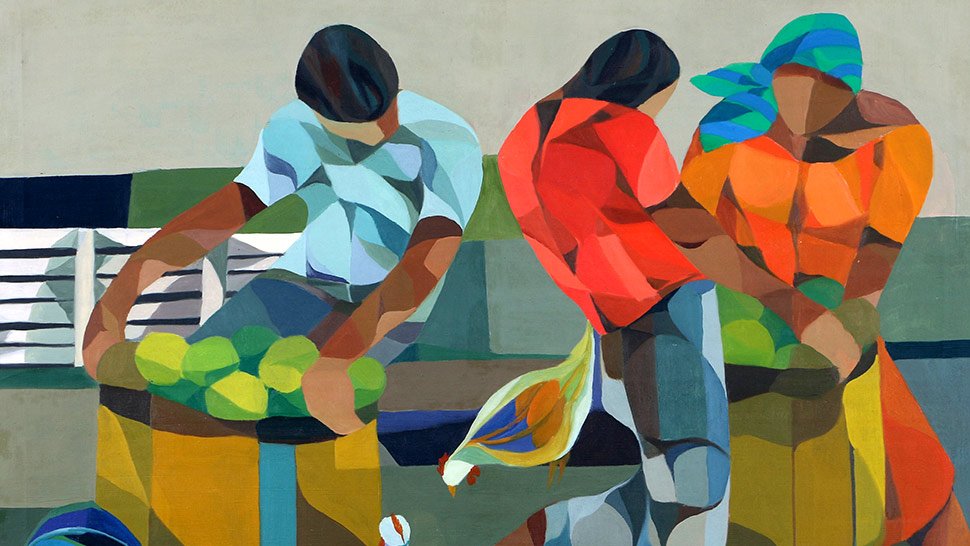 If Art Fair Philippines and Manila Biennale left you jonesing for more local artistic flavor, BPI Foundation, Inc. has got you covered. The social innovation arm of the Bank of the Philippine Islands (BPI), easily one of the most ubiquitous banks in the country, is celebrating its 40th year anniversary, and they’re pulling out the big guns.

BPI, as well as BPI-owned Far East Bank and Prudential Bank, are more than just financial institutions. This trifecta has quietly housed a collection of some of the most important Philippine art for years, sprawling across the expanse of their nationwide branches. BPI Foundation has taken a significant portion of this collection and is working with Ayala Museum to catalogue, preserve, and exhibit the art. Spike Acosta, Senior Marketing Associate for Ayala Museum, details that they’ve already examined over 350 pieces, many from national artists such as Fernando Amorsolo, BenCab, Hernando Ocampo, Jose Joya, Mauro Malang Santos, and Ramon Orlina, to name a few. 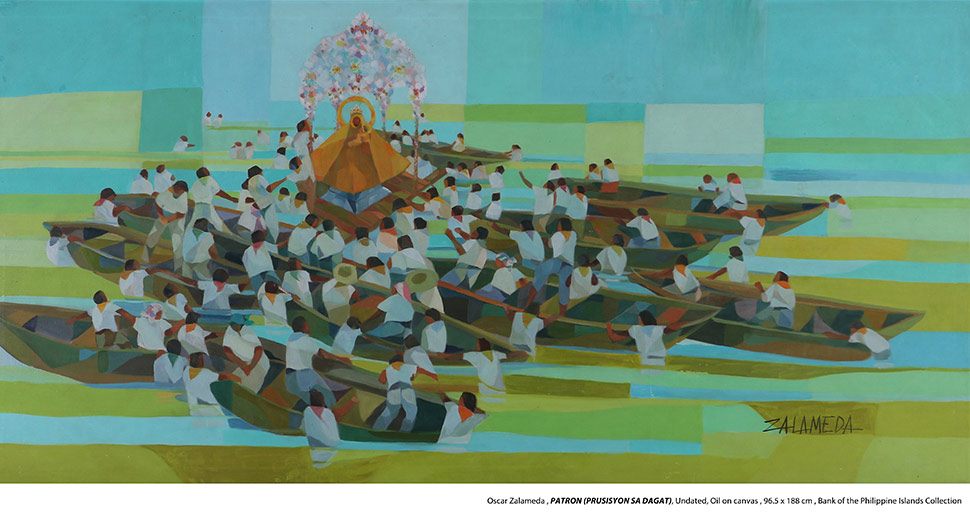 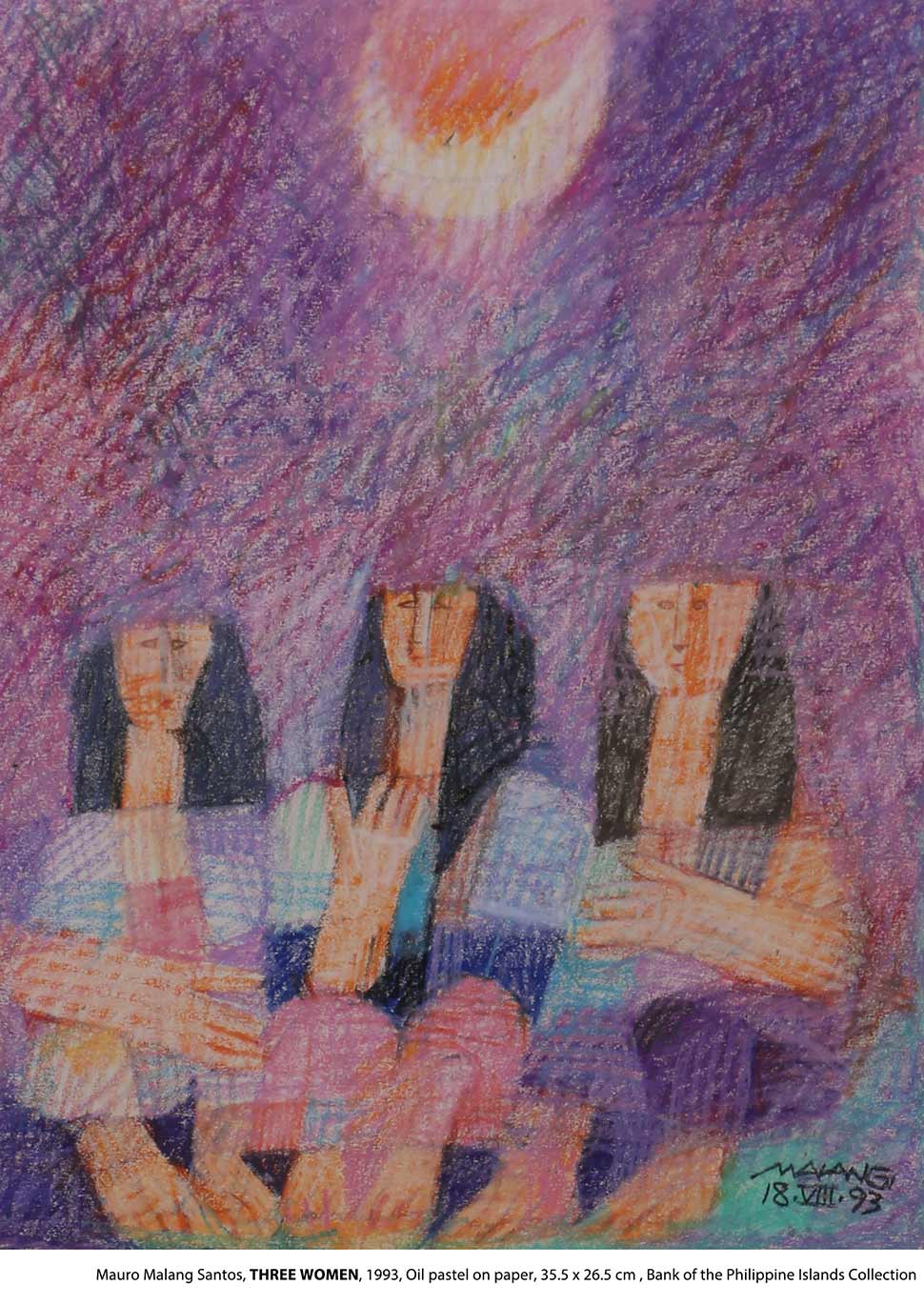 It is for this reason that the works will be staggered out in an art series appropriately entitled Obra. “This year, we’re focusing on topics that aren’t just intriguing for the usual art collectors, but also to the younger set,” says BPI Foundation Director Maricris San Diego. “We’re focusing on family, history.” (Someone in the group quips, “Selfies?” And Ms. San Diego responds with a laugh: “That’s why there are portraits!”)

The first exhibition, Pagpugay, is currently on display at the third floor exhibition halls of Ayala Museum through to the 25th of March. It’s an exhibition that features twenty or so works done in various media, many of which have never before been seen by the public.

Pagpugay, which literally means making a gesture of respect, centers on family. “We thought it best to start with family because it cuts across generations. We wanted the next generation to understand where we’ve come from, how things were done then versus what we’re doing now,” says Ms. San Diego.

Pagpugay is especially curated to show intimate moments of family, that in characterizing the everyday mundane, one can see the depth that shapes relationships within the family community.

One of the pieces, for instance, is Antonio Mahilum’s 'Townsfolk Dancing,' which highlights a couple dancing the tinikling. More than a mere traditional dance, this is a depiction of the romance in a married couple’s dedication to dance through life’s challenges together. 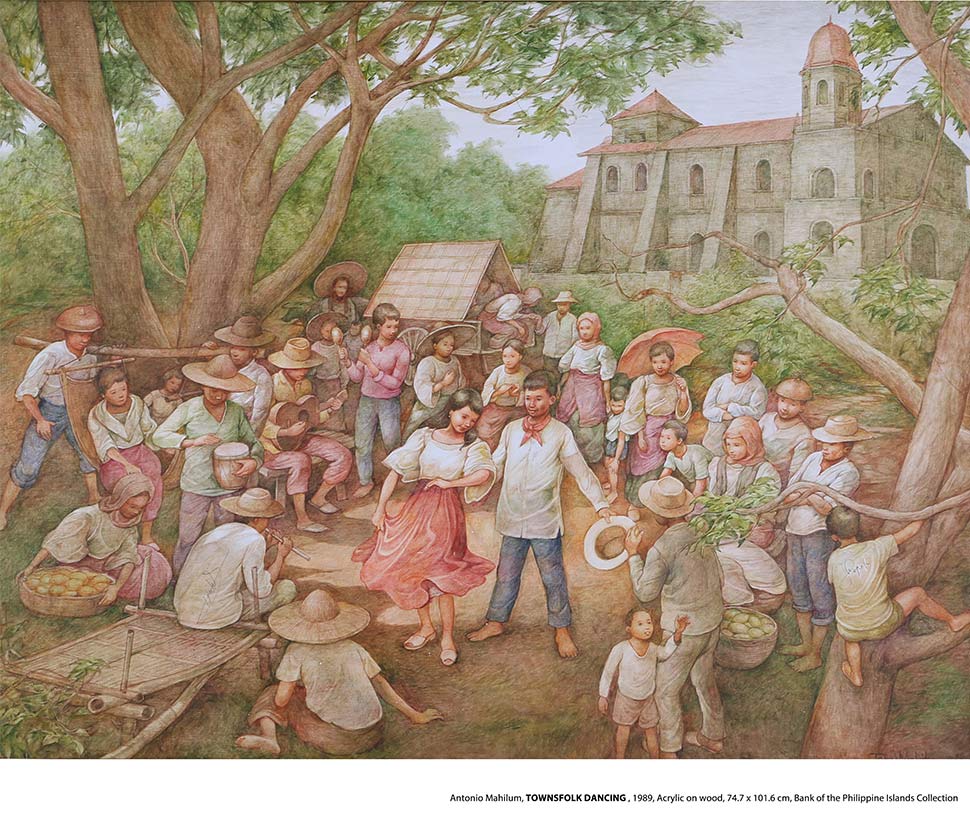 Obra goes a step further. As part of the exhibition, the foundation has tapped scholars and members of the academe to both give context to the works of art as well as broaden the perspective through which they are viewed. Dr. Michael Tan, chancellor of UP Diliman and an anthropologist, is scheduled to give a short lecture on the 16th of March at the Ayala Museum regarding the “sandwich generation”—the generation that has younger dependents and are also taking care of their elderly parents—and how family values are cultivated as times progress. It’s in this manner that BPI Foundation hopes to assert the relevance of classic and contemporary art to a younger demographic, to educate the device-oriented generations on what can be accomplished and what has been communicated by artists regarded as national treasures.

Mr. Acosta emphasizes that it was of premium importance for Pagpugay to be universal and approachable. “This is one of those exhibits where you don’t really need to think about it to enjoy it, because the curation process is very literal and visual. It’s easy to understand, you don’t need to be a scholar of art, anyone can see it. BPI as a brand, from all levels of society, BPI serves them all. It’s the same with this exhibit; whatever level you come from, it’s accessible.” He adds, “You can see the word pagpugay and know its meaning; but when you see the works, you understand what pagpugay really means.”

View More Articles About:
art
More Videos You Can Watch 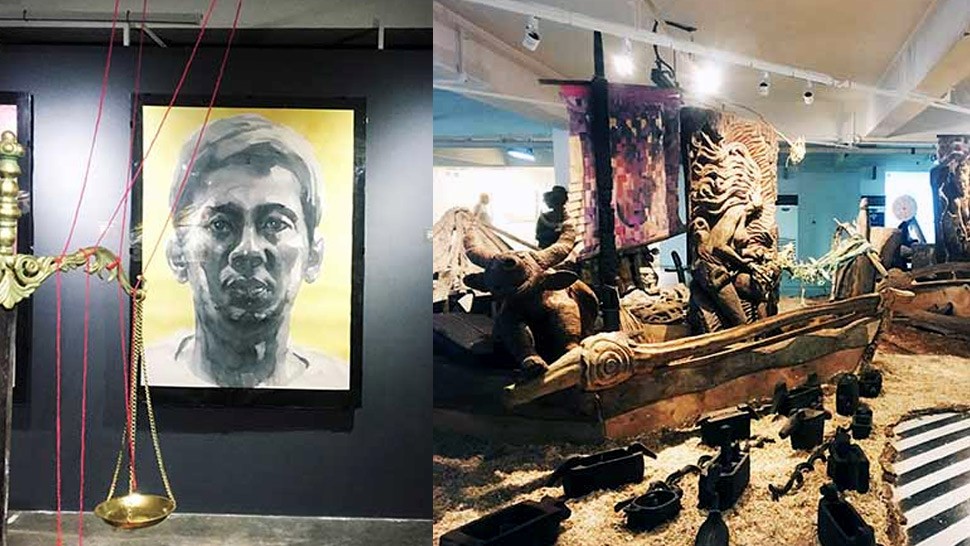 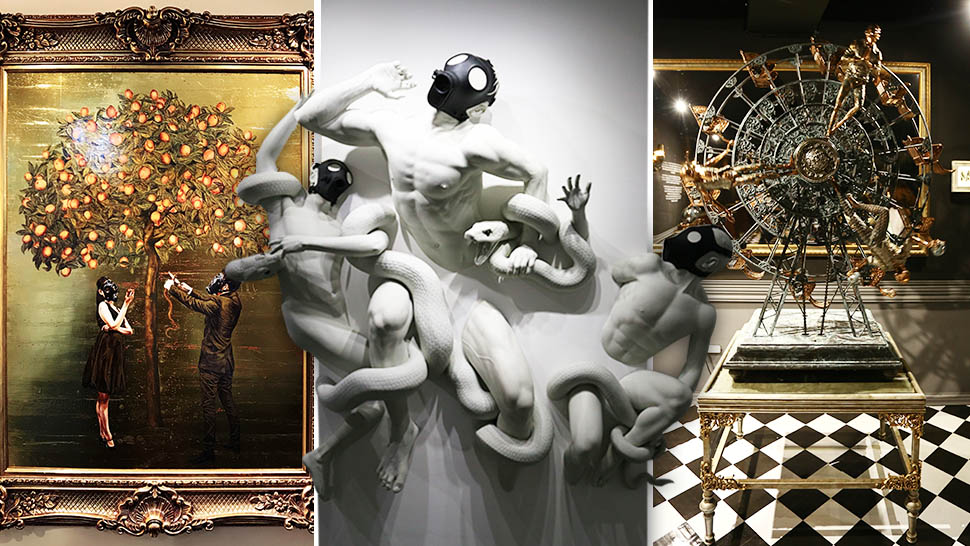