The overall consumer confidence index, a measure of Filipinos’ sentiment on how their households are faring financially and economically, fell to -7.1 in the third quarter of 2018 from 3.8 in the previous quarter, according to the Bangko Sentral ng Pilipinas (BSP).

That’s the lowest the index has dropped since the fourth quarter of 2015, when it stood at -8.1. It is also the first time since President Rodrigo Duterte assumed office in the middle of 2016 that the index turned negative, an indication that more Filipinos are pessimistic rather than optimistic. 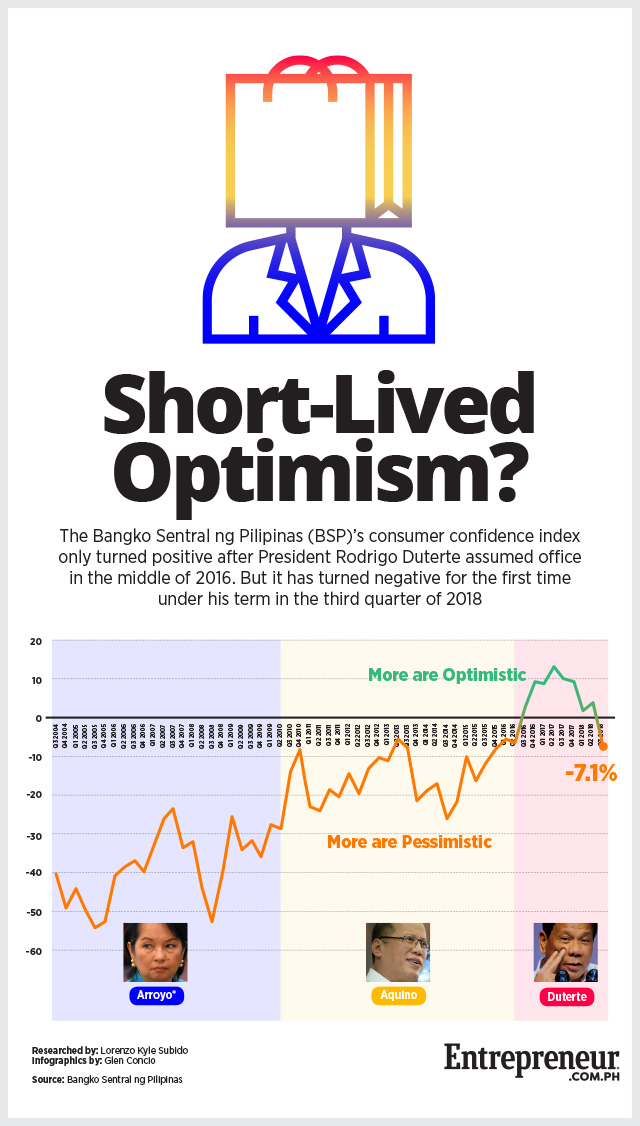 Historically, the index has largely stayed in negative territory since the BSP began tracking consumer confidence in 2004. Though the index has been gradually improving since the second half of 2014 under President Benigno “Noynoy” Aquino III, it turned positive only after Duterte came to power, rising to 2.5 in the third quarter of 2016 during his first three months in office. It remains to be seen if it will remain largely positive until his term ends in the middle of 2022.

In the report, the BSP cited five main factors that contributed to the negative sentiment: more expensive commodities, low income, higher household expenses, high unemployment and the lack of increases in income. It added that the negative sentiment was also influenced by “concerns on higher educational expenses and higher transportation expenses.

“The negative index indicates that the pessimists outnumbered the optimists for Q3 2018,” wrote the BSP in the report.

No surprises there, as the country’s inflation rate reached 6.4 percent in August 2018, the highest it’s been in nine years. Among the biggest contributors to the high rate are food and beverages, with several types of food experiencing double-digit increases in consumer price index year-on-year.

The respondents’ fears of higher expenses in education and transportation aren’t unfounded either, as despite the free tuition law driving down prices on the tertiary level, changes in primary and secondary education still rose by over five percent year-on-year. On the other hand, personal transportation expenses jumped by over 22 percent, while public transportation services still saw price increases of 2.8 percent.

On the income side, latest data from the Philippine Statistics Authority (PSA) show that average family income increased by 13.6 percent from 2012 to 2015, only slightly higher than the 13-percent increase from 2009 to 2012. That compares to average family expenditure growing from nine percent to 11.4 percent in the same three-year periods.

The BSP measures the consumer confidence index based on three factors: the country’s economic condition, family financial situation and family income. For this quarter’s report, the survey was conducted from July 1 to 14 and received responses from over 5,400 households across the country. 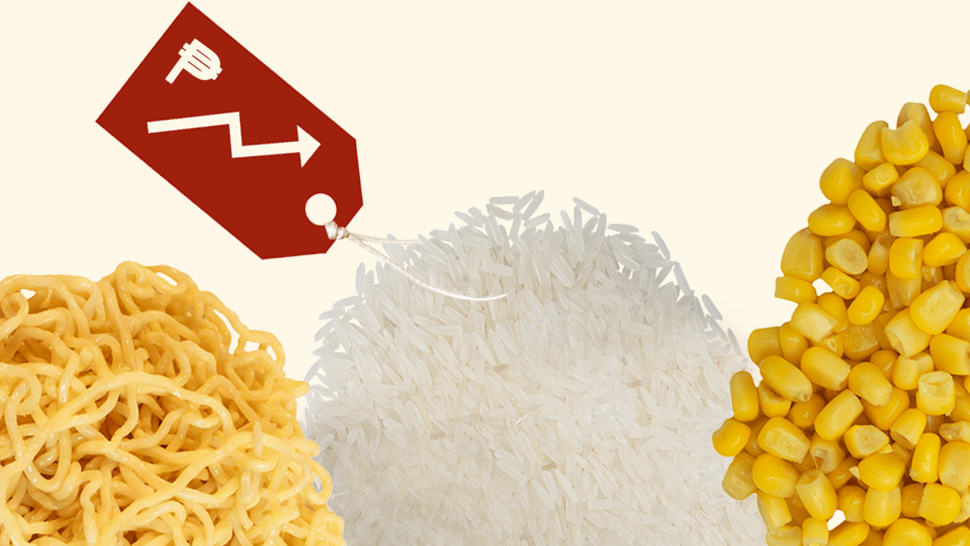