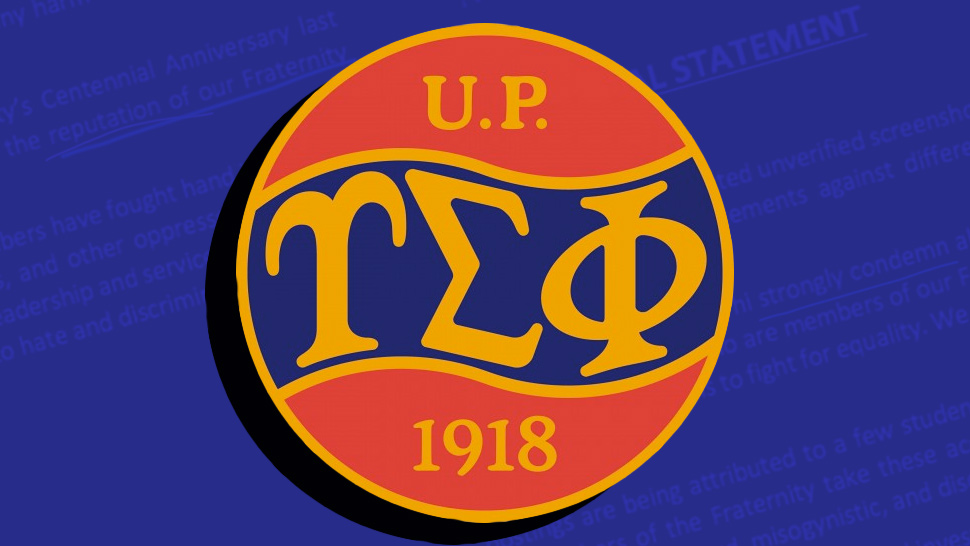 Two members of the University of the Philippines-Diliman’s University Student Council (UPD-USC), including its chairperson, have resigned days after the leak of disturbing messages from a group chat from supposed members of the Upsilon Sigma Phi (USP) fraternity.

Yael Toribio, who is also a member of USP, said he was stepping down as USC chairperson to give way to an impartial investigation into the scandal that has since been called #Lonsileaks.

“I do not wish to protract the issue and drag the USC, much as I can stand and prove my worth and principles,” he said in a statement. “A change in leadership is called for to effectively transition the responsibility of investigating and deliberating these concerns that hopefully will bear results that the student body will trust and accept.”

Gallardo is a member of Alpha Phi Beta, whose members figured in an altercation with Upsilonians at the university’s Palma Hall last November 14.

Another USC Councilor who is also an Upsilonian, Ian Serrano, meanwhile, issued a statement of his own announcing his resignation from the fraternity.

As if things weren’t bad enough, the Engineering Student Council released a statement detailing an alleged abduction inside the campus on Thursday, November 22. The council said the student was walking from the College of Human Kinetics back to his dormitory when the incident happened.

At around 11:30 p.m., the student “was found and fetched by his parents” and that “signs of him receiving physical abuse were found.”

The recent events in the country’s premier state university has prompted UP President Danilo Concepcion to release a statement of his own.

Concepcion, who is also a member of USP, said he was personally pained to have been associated with the leaked messages.

“They do not represent what we have stood for all these years, as they bring us back to the darkness rather than the light,” he said.

Concepcion promised that he would do all he can both as president of the university and as a member of USP to “root out the problem and instill or reaffirm a culture of respect, tolerance, and decency within Upsilon and our entire fraternity system.

“Let me be absolutely clear about this: I will not protect any fraternity brother who may be found culpable of these kinds of offensive acts. I call on my fellow Upsilon alumni to support me in this position, so we can bring the fraternity forward into a new and more progressive century,” he added.

For its part, Upsilon said it is conducting its own investigation into the issue and promised to cooperate with the Office of the Vice Chancellor for Student Affairs “not just to gather facts but in ensuring accountability consistent with the dictates of due process.”

While there have been many statements from past and current members about the issue, at least one prominent alumni has distanced himself from the fraternity. Former Cavite governor Juan Victor “Jonvic” Remulla said he was resigning from Upsilon, invoking the oft-repeated line that it is not the fraternity he joined.

“I am an Upsilonian and proud of it. However, the inactions of the leadership outweigh the actions, of which the members committed (sic).

An Almost Complete List of Everyone Insulted in the #LonsiLeaks Scandal
Shares
Share
Tweet
View More Articles About:
trending
lonsileaks
Upsilon
More Videos You Can Watch