Should You Draw Up A Will? 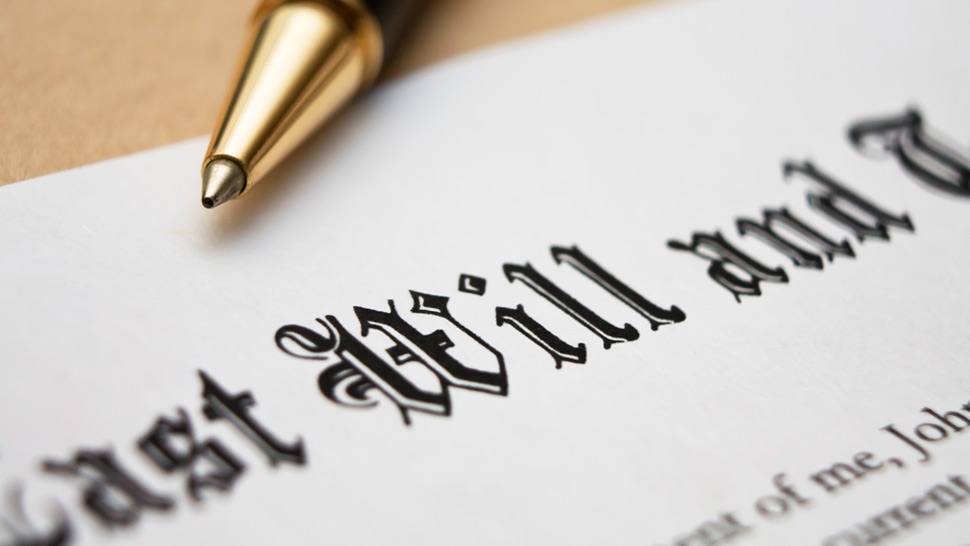 Does death still surprise you? Have you changed the way you looked at death, from when you were a young teenager to now an aging millennial?

While death, to the well-organized mind of J.K. Rowling is but the next great adventure, the truth, at least according to Mark Twain, is that the fear of death follows from the fear of life, and a man who lives fully is prepared to die at any time. Or as Lemony Snicket said, the death of a loved one is a curious thing, and we all know our time is limited that we will all eventually end up underneath a white sheet, never to wake up.

Gandalf, through J.R.R. Tolkien's words, gave possibly the best words on death and life, that all we have to do is decide what to do with the time that is given to us.

In fact, that is the advice gathered from the lawyers interviewed for this article. One was adamant that death should be prepared for by preparing a will, while another said the best thing to do is estate planning.

Crying Ladies, a 2003 movie starring Sharon Cuneta, was a hit because it spoke truth: a dead philandering husband's secrets will come out of the woodwork. Or the comedy-drama that inevitably follows the death of someone moneyed in telenovela trope: a mourning wife at the front of the chapel while the other woman comes in, either wailing or haughty, to claim her space in front.

Or this real case: two siblings battling over a piece of land that each claims their dead mother left to him/her. The father has since remarried and hasn't laid claim. The daughter is hoping to sell the land while the son has not only 'mortgaged' the land, he has been collecting rent and a portion of each harvest from a tenant, all without letting his sister know.

So what about those movie scenes where wills are read to the heirs? That's actually creative license as a will is never really read over a long dinner table as the heirs sit around, expectant, and hopeful.

We consulted the following lawyers for lawyers for this article, but we shall refrain from naming them here, in the interest of protecting their living clients.

Does everybody need to make a will?

A lawyer who handles contested lands argues that yes, individuals who own land or have property in their name should write out a will. In the case above, the son and daughter both claimed ownership of a land which came from their mother's side of the family yet neither had a valid document stating that they are in fact the owner.

Legally, both acquired the property in the absence of a will. Actually, their father, now remarried is also a legal heir of the land. By law, a spouse remains an heir even if he remarries after the death of the other spouse. However, instead of getting half of the property, he gets an equal share as his children.

Only when the land has been equally divided into portions for the three compulsory heirs can selling be considered. The rent of the land prior to selling is also something all heirs should benefit from, the so-called fruits of the land.

Another lawyer argues against making a will. The spouse who remarried can't pass on his share to his new family. If the wife, before she died, had written a will where she left out her husband, the courts would actually consider her will null and void.

For this article, we consulted with Maria Patricia Rualo, a government lawyer, and Generosa Jacinto who specializes in labor and corporate law. 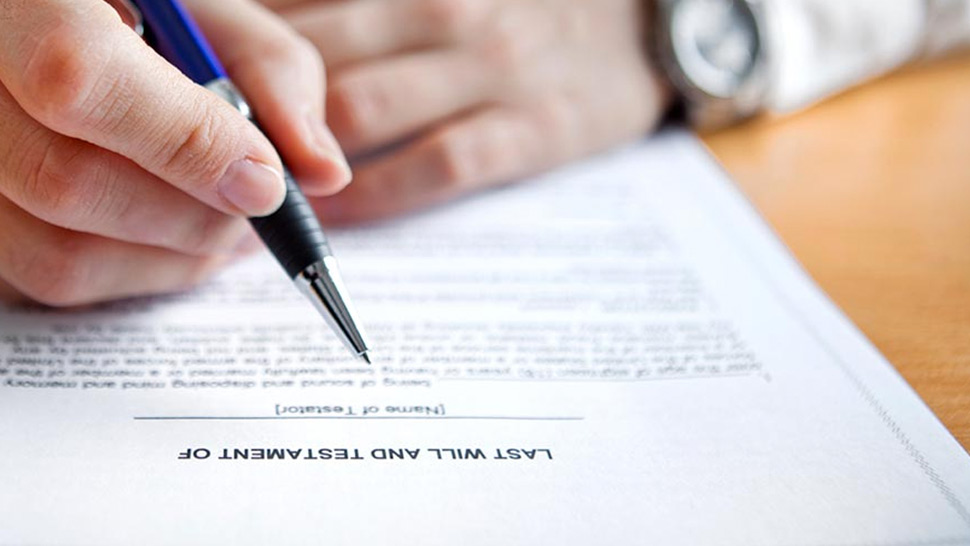 The other lawyer is pro-estate planning. She said, since you are planning ahead, you can give a portion to anyone you like. This is called the free portion. As long as all portions are divided equally, the free portion is something you can give to either your compulsory heirs, on top of their part, or anyone else.

However, free portions are dependent on circumstances, but usually this is the division: 1/4 each to the son, daughter, and surviving spouse, so the remaining 1/4 is called the free portion.

Why prompts someone then to have a will drawn up versus simple estate planning?

Many clients who come in are getting old. Or, as explained below, there is a second family. And the wife of the first family is feuding with the mother of the second family. The lawyers agree that issues usually come up between the women, not the children. For example, it is common that the legitimate wife refuses to have anything to do with or refuses to give anything to the other family.

And sometimes, lo and behold, the wife doesn't know there is a second family and finds out after the death of her husband. It's the fodder that feeds our teleseryes because it happens quite a bit, according to the lawyers.

The Case for Second Families

One lawyer confesses how two out of five clients who come for consultation have second families.

In this case, even in the presence of a will, the legitimate family cannot keep the children from the second family from inheriting their share. Husbands who come in requesting for a will are those who want to further protect their so-called illegitimate children as their heirs.

Those who have no heirs, for example: persons who are single, with no children, no spouse, no living parents, or with siblings that they want to expressly exclude from taking their estate, also come in to have wills drawn up. However, with no will present, the law takes over, or rather, the law is followed first.

A will and a pre-nuptial agreement can both exist together.

The latter plays an important role as the the husband and the wife can choose what kind of property regime they follow. There are two options: the conjugal property of gains from the old civil code or the use of absolute community of property.

Before, when conjugal ruled, what the husband and wife owned before they got married remains their own, and what they acquired during the marriage is theirs together.

The new Family Code changed all that as the default is everything you now have (whether before marriage or after) is owned by both totally.

In the pre-nuptial, the spouses-to-be can choose for themselves which property regime they will follow.

What to Watch For?

However, don't cheat the system and "sell" your portion to whichever heir you favor. Some have been known to do this in order to avoid tax obligations, avoid creditors, or fraud purposes.

The lawyer remarked that a sale between husband and wife, parents and children, will automatically be called into question. But as long as you sell a property for market value with proof that the sale is valid, it won't be contested.

For example, if a parent sells his or her property in order to settle their hospital bill payments, it can hold up. If the property is then transferred to all the childrens' names before his or her death, it is valid as long as consideration was paid.

Otherwise, it will be considered donation inter vivos, or donation prior to death, in which case taxes should be paid.

Quick Facts on Will Reading

If no will exists, the law of the land and the Family Code is upheld.

Mind you, if a will exists, there is a necessary procedure called probate. This is when the heirs go to court to determine if all the heirs have been included. There are two kinds of will: the holographic and notorial kind.

The holographic is entirely handwritten and requires a certain number of witnesses. The notarial will is notarized before a notary public, with less witnesses present.

In both wills, there can be a designation of who will be the executor.

If there is no will, the heirs go to court to appoint an administrator. Remember, an executor is the one named in the will while an administrator, in the absence of the will, is determined after death.

The lawyers highly recommend that in all contestable issues, try to settle among yourselves without going to court. Going to court leaves everything in the open, including checks by the Bureau of Internal Revenue. All cash, jewelry, basically anything considered an asset, will be laid bare.

As not all are officially documented, you could leave yourself open to suddenly paying taxes on something the deceased had not declared. There is a short period to settle all the affairs of the estate of the deceased, so be mindful of these deadlines.

Another reason why wills, inheritance, and estate handling is complicated is that not-so-small item called estate taxes. Currently, the price of estate taxes ranges to about 30% of the value of the estate. While there is a bill in Congress to reduce estate taxes to 6%, heirs have to be able to fork over tax payments when the collectors come knocking.

However, one thing you must remember, heirs are not under obligation to pay for the obligations of the deceased, except if it's the inheritance tax.

Feeling overwhelmed? Pick up a copy of the Family Code and head to the succession portion before you consult with your lawyer. The lawyers concur that dealing with wills, which falls under the succession subject in law school, is the hardest one to study.

Fruits of the Land

The phrase "fruits of the land" is important to remember. For example, you inherited a house from your parents before your marriage. You and your spouse get separated legally. When your house is rented out, and you suddenly die, the fruits in the form of the rent belong to both spouses but the property remains the property of the spouse who inherited it.

All the lawyers agreed that normally the children of the deceased don't question when the estate is being divided. The ones who usually have a hard time are the mothers of the legitimate children if there is a second family. That is because most of these original wives don't want to be perpetually giving every time the second family wants something. To them, it's insulting enough that a second, sometimes third family exists and the notion of supporting after the death of their husband is just too much.

So, to will or not? It all depends on how you have lived. 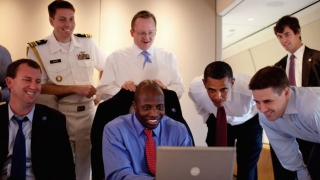