The 12 Most Iconic Playboy Covers of All-Time

From Marilyn Monroe on the first issue in 1953 to record-holder Pamela Anderson's debut in 1989.

From Marilyn Monroe on the first issue in 1953 to record-holder Pamela Anderson's debut in 1989.

The first issue of Playboymagazine, featuring Marilyn Monroe on the cover, was created by Hugh Hefner on the kitchen table of his South Side Chicago apartment. Financed with $600 of Hefner's money and less than $8,000 of raised capital, the magazine appeared on newsstands in December 1953 and sold more than 51,000 copies. 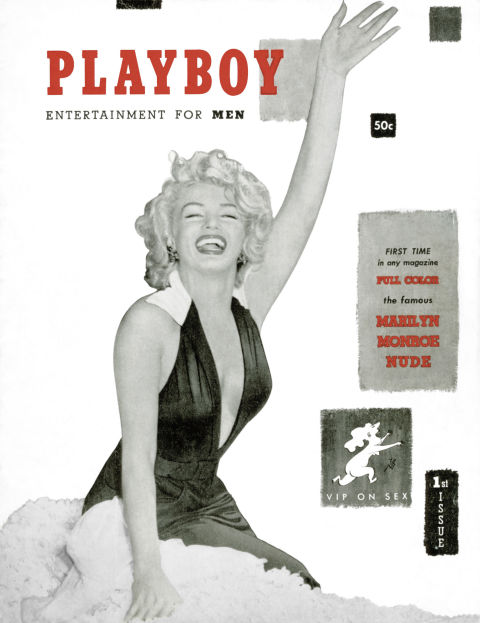 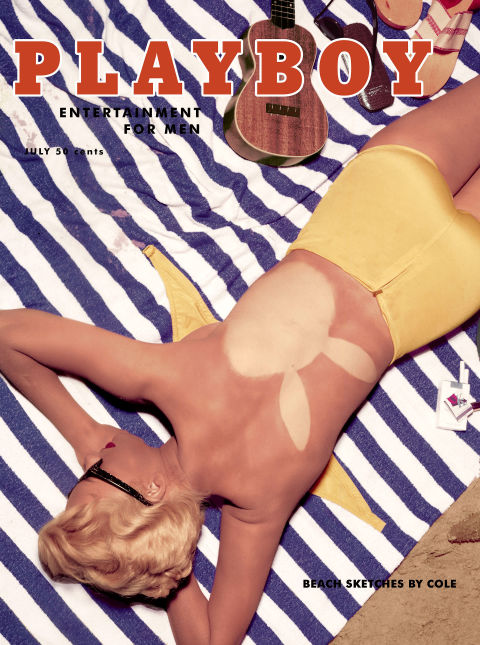 Hugh Hefner and his artistic staff never lost focus of the two best cover elements: the model and the Rabbit Head logo. On the May 1964 cover, Playmate of the Year Donna Michelle, wearing a white leotard, became the brand. "I had this idea of a girl posing in the shape of the Rabbit, but I thought no model would be able to do it," said Art Paul, Playboy's first art director. "I asked Donna and there was no problem. She got into that position with great ease and could still smile." 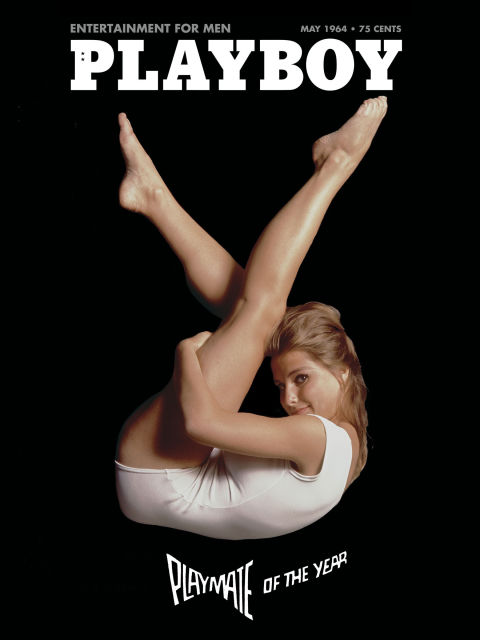 Some of Playboy's simplest covers appeared in the 1960s. This cover features just a redhead in a head wrap, staring intently above her sunglasses. Cutting off at the nape of her neck, the cover resembles more of a sculptured bust than a traditional men's magazine cover. Playboydefinitely took a risk with the cover: There's a 12-page pictorial of Ursula Andress inside. Considering her popularity at the time, it would have been a much safer move to give her the cover. 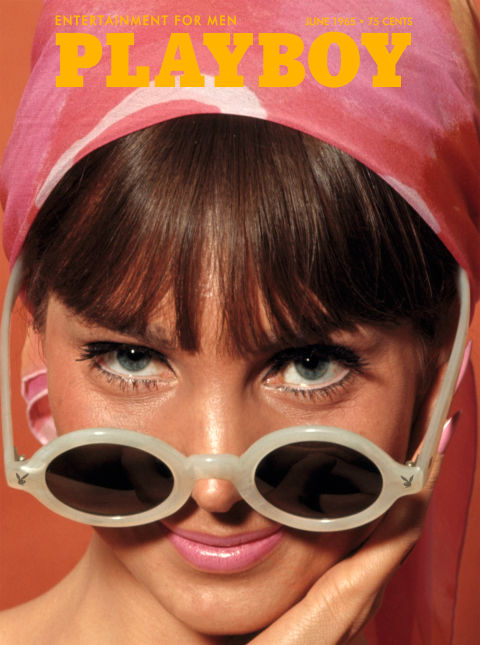 This issue's cover model is Barbi Benton, Hugh Hefner's girlfriend for the better part of eight years. She appeared on three more covers in the following two decades: March 1970, May 1972, and December 1985. However, she was never named a Playmate of the Month. 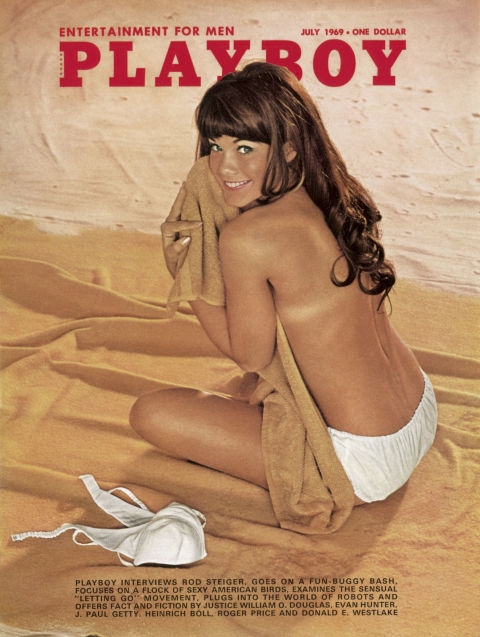 By placing its first African-American model on the cover—the radiant Darine Stern—Playboy was helping to shift the standards of mainstream beauty in the nation's culture. Although the magazine had already featured two black Playmates by this time–March 1965's Jennifer Jackson and October 1969's Jean Bell—nude African-American models were mainly seen in publications produced for and by the black community. This cover became such a groundbreaking image that it was chosen by the American Society of Magazine Editors in 2005 as one of the 40 most important magazine covers of the previous 40 years. 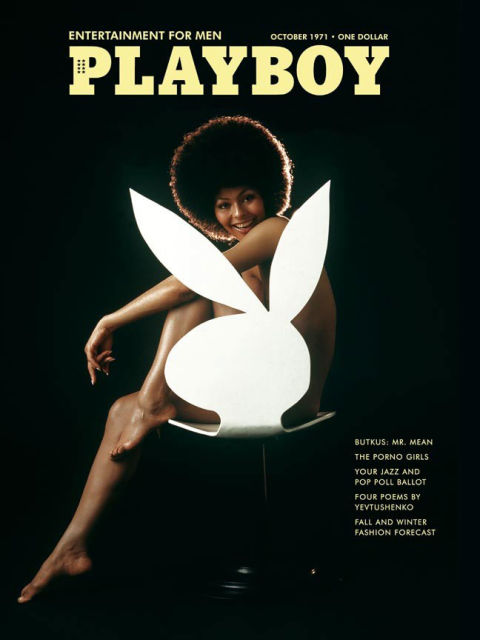 Pam was Playboy's Playmate of the Month in the magazine's February 1990 issue. 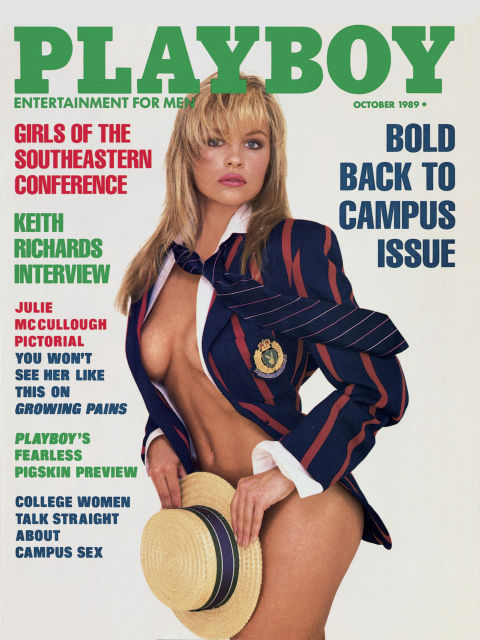 Anna Nicole Smith first appeared on Playboy's March 1992 cover. Within months, she was named Miss May 1992 and the Guess jeans spokesmodel. She went on to be named Playboy's 1993 Playmate of the Year (featured on this cover), and appeared on three more Playboy covers: February 1994, February 2001, and May 2007. 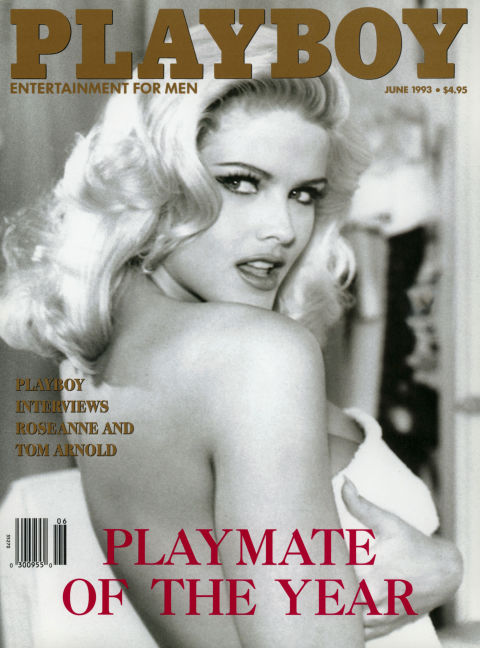 Jenny McCarthy has appeared on a total of six Playboy covers, including this January 2005 issue, where she wears the famous Bunny costume. She was first named Playboy's October 1993 Playmate of the Month and went on to become the magazine's 1994 Playmate of the Year. Her cover appearances include June 1994, July 1996, December 1996, September 1997, January 2005, and July/August 2012. 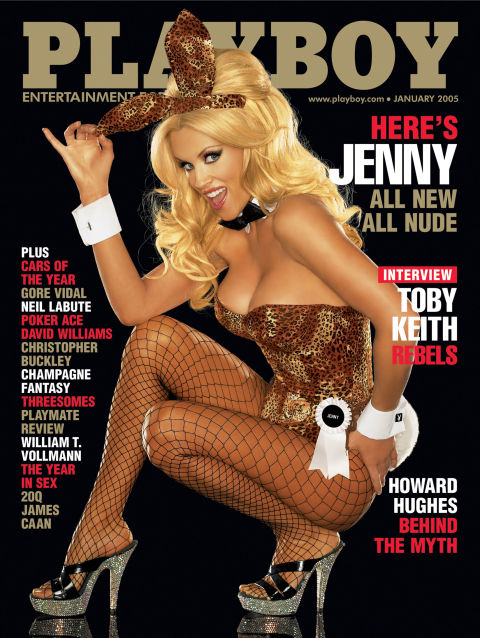 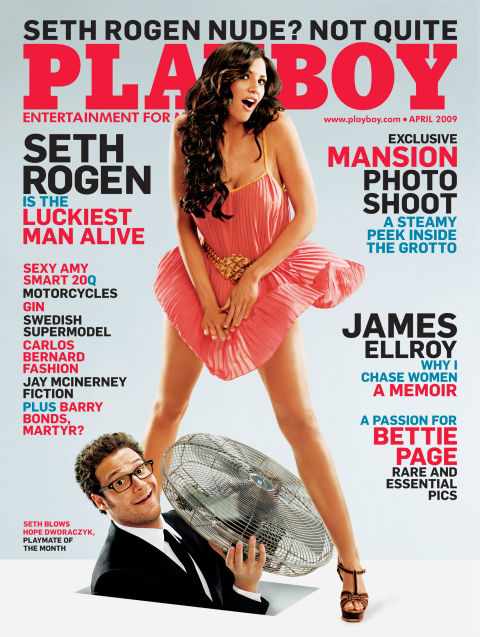 Playboy has recently returned to running the more art-inspired concept covers that the magazine was known for in the 1950s, '60s and '70s. Photographed by Tony Kelly and art directed by Mac Lewis, this "Lips" cover was recently awarded "Cover of the Day" by the Society of Professional Designers. 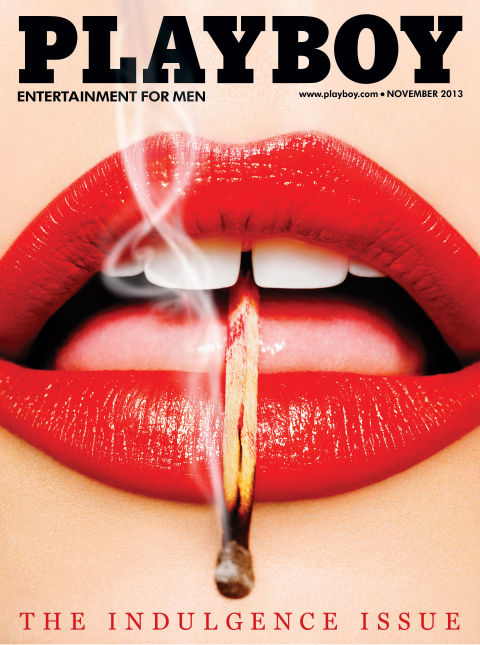 Playboy magazine celebrated its 60th anniversary with this issue, which features Kate Moss in an unprecedented 18-page pictorial and a cover appearance photographed by Mert Alas and Marcus Piggott. 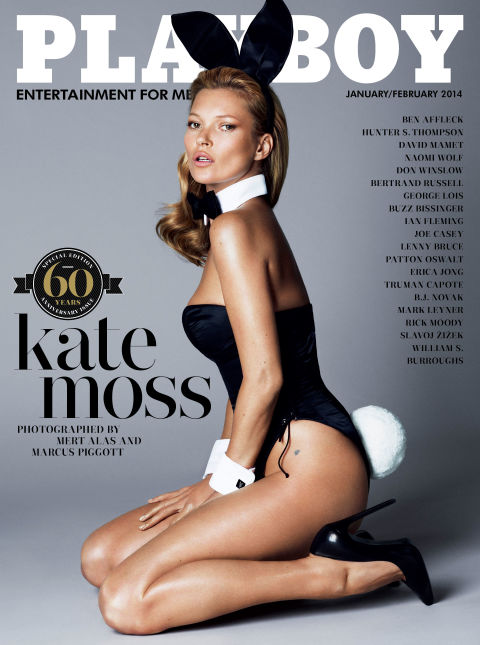 About The Author
Sally Holmes
View Other Articles From Sally
Get The Latest Updates From Esquire!
Subscribe to our newsletter!
Latest Feed
Load More Articles
Esquire Money