How often do you use emojis? 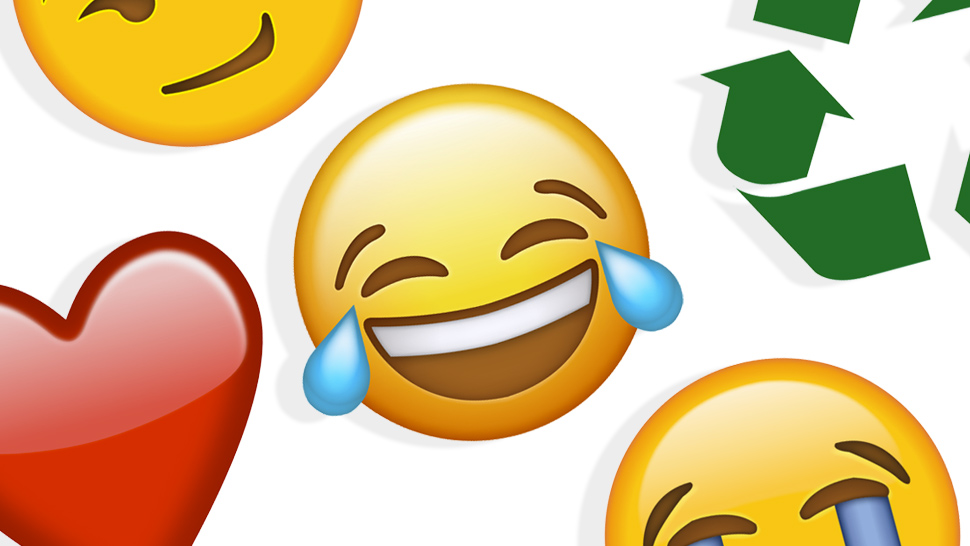 It looks like many Twitter users have thought or experienced something so funny that they laughed so hard they cried more than two billion times, collectively—at least according to their emoji usage.

The “face with tears of joy” emoji was tweeted 2.29 billion times, according to the report Digital in 2019. The report was released by social media agency We are Social and social media management platform Hootsuite on January 31, and contains insights and data on the trends in the digital world.

A far second is the “red heart” emoji, which was tweeted by half at 1.1 billion.

Digital in 2019’s data came from emojitracker.com, which counts all the public tweets that include emojis since July 2013. We Are Social and Hootsuite collated data until January 2019 and rounded off the figures to the nearest million.

The third most used is the “recycling” emoji, which comes as a bit of a surprise because unlike the first two (or the rest of the emojis found in the top 10, for that matter), it’s not made up of a face or a heart. Yet it was used in 936 million tweets.

The “smiling face with heart-eyes” comes fourth with 843 million tweets, followed by the “heart suit” (or the less shiny red heart) with 700 million tweets. (see table for full list) 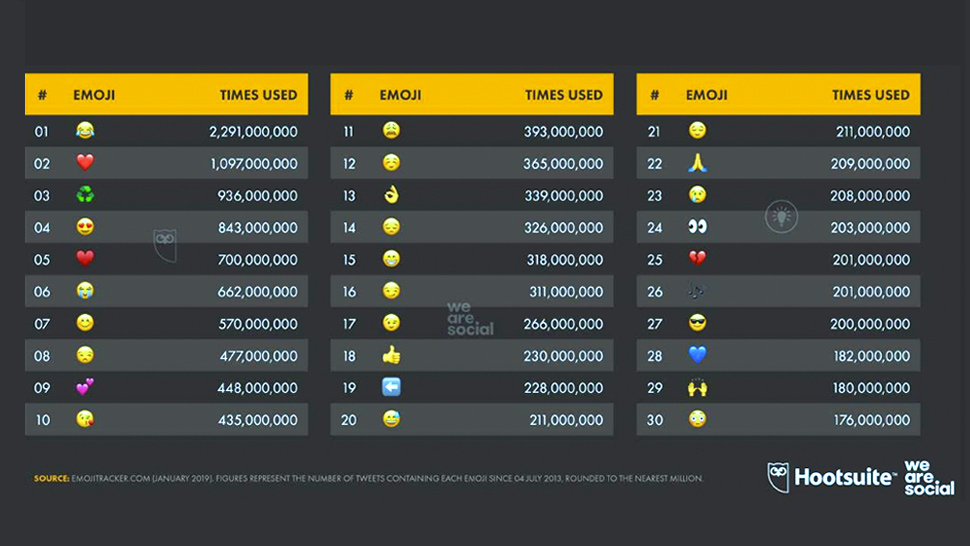 Overall, 13.4 billion tweets were posted with at least one of the emojis included in the top 30. Maybe Twitter’s character limit really makes its users go for emojis to convey messages instead of words.