Justin Bieber as a Santo Niño? 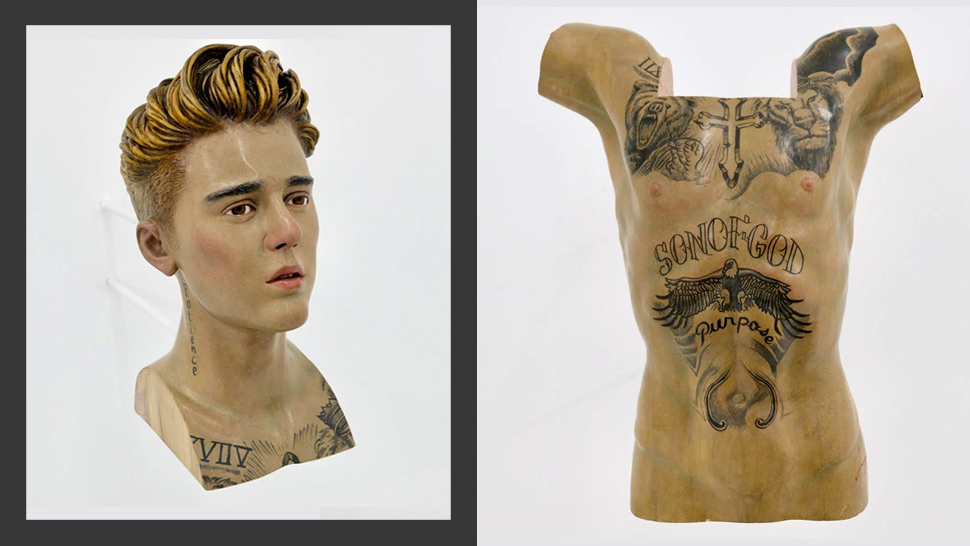 Justin Bieber’s dismembered body hangs in midair, his tattooed limbs, torso, and bouffant-topped head looking as lifelike as a piece of wood can get. “And the Word became flesh,” the Bible tells us. SONOFGOD is emblazoned across Bieber’s ribs, and one wonders who “son” is referring to, given his notorious pop brat persona recast as redeemed Christian via his endorsement of Hillsong, the controversial megachurch with its celebrity congregants.

The Beeb’s likeness was breathed to life by Willy Layug, a renowned ecclesiastical sculptor and encarnador from Pampanga. Encarnador, or incarnator, is the Spanish term for the artisan who paints fleshy colors onto santos. The centuries-old practice was looked down upon by the high-art crowd who mistakenly believed that classical Greek statues were left lily-white. Too-realistic looking statues were deemed garish, creepy, and ultimately threatening to the religious order.

The American artist Paul Pfeiffer, who last showed in the Philippines at MCAD in 2015, draws his attention to the many-layered relationships between image production and mass communication in his all-new work “Incarnator,” the fruit of a six-month residency at Bellas Artes Projects in Bataan, where he collaborated with the woodcarvers at Las Casas Filipinas de Acuzar. 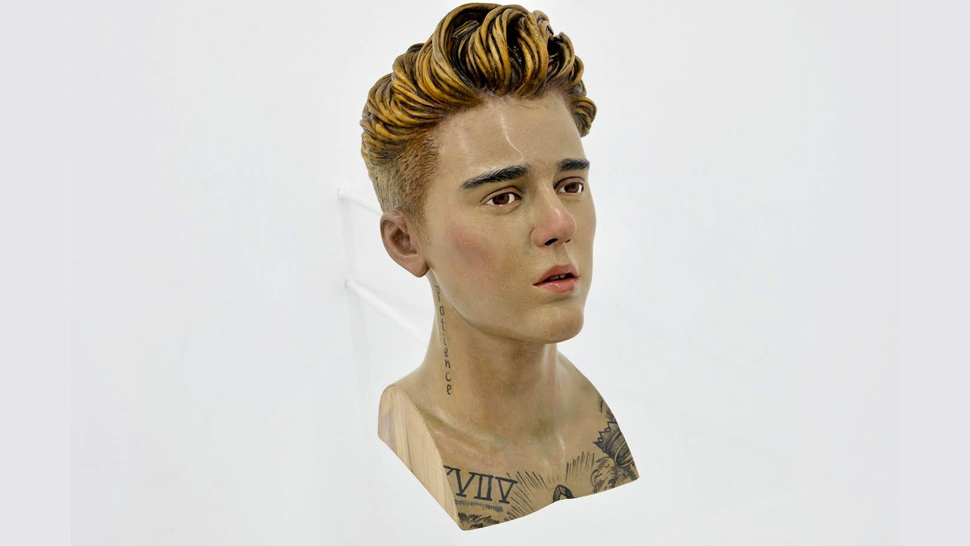 ADVERTISEMENT - CONTINUE READING BELOW
Willy Layug, a renowned ecclesiastical sculptor from Pampanga, created this for artist Paul Pfeiffer. 'Encarnador,' or incarnator, is the Spanish term for the artisan who paints fleshy colors onto santos. 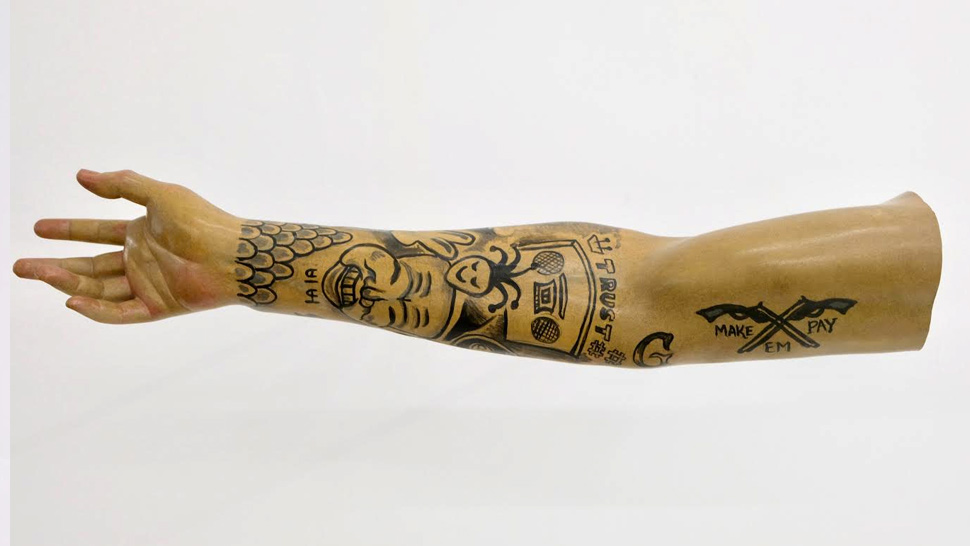 American artist Paul Pfeiffer completed a six-month residency at Bellas Artes Projects in Bataan, where he collaborated with the woodcarvers at Las Casas Filipinas de Acuzar.

A series of children’s busts, carved in a more unfinished style, is the unlikely site of new technology and its mediating role in production. Pfeiffer used 3D scanning and printing to create portraits of the woodcarver’s kids, who often hung out at the workshop after school. The carvers then translated the digital reproduction back into the solidity of wood, chiseled by hand.

The sculptures are accompanied by a film, consisting of YouTube videos of Belieber madness in Bangkok juxtaposed with footage Pfeiffer shot of the woodshop in Bataan juxtaposed with thousands of Buddhist monks in mass meditation at Wat Dhammakaya in Thailand, closing the loop. 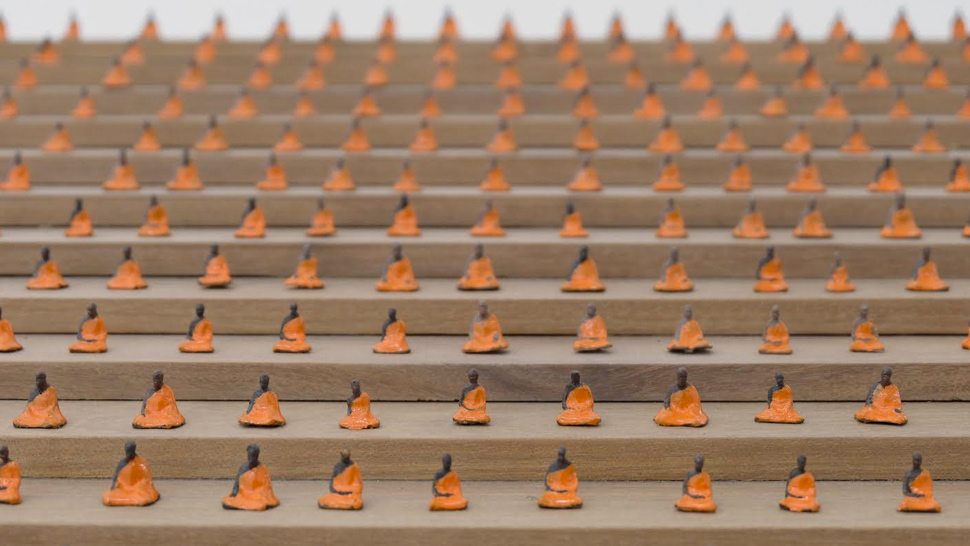 The sculptures are accompanied by a film, showing Belieber madness in Bangkok juxtaposed with footage of the woodshop in Bataan juxtaposed with thousands of Buddhist monks in mass meditation in Thailand.

“In a sense, everything is a prop for the film,” Pfeiffer explains. “There’s a kind of troubling relationship with objectification, which I was thinking about in Bataan. Justin Bieber as a Santo Niño—both are children (in that Bieber was discovered at 12), but all powerful. These are just contradictions, and I’m not trying to say anything, but to advertise the contradictions.”

The theme that connects the kitsch of polychromatic santos, Bieber and his 100 million followers, and megachurches, whether Christian or Buddhist is populism, a force on the rise here in the Philippines and elsewhere. “The idea of speaking to the masses has become central now. In the most intimate ways, we are speaking to millions through Twitter and social media,” Pfeiffer says. Religion, popular culture, and politics are more than ever deeply intertwined through technology, and Pfeiffer’s artwork, with its deliberately fragmented structure, opens up all these associations, asking us to reflect on how identity is produced in a globalized world, and how our beliefs are shaped through modern mass media, or through a 3D scanner darkly. 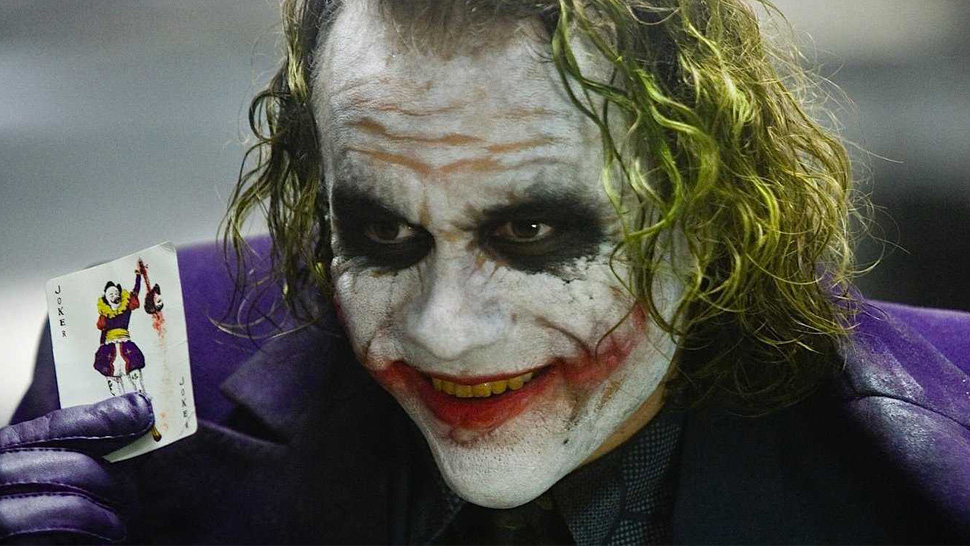