Avengers: Endgame is a fun and funny action movie, but it’s impossible not to be frustrated with how Marvel stumbled on the landing [This Article Contains Spoilers].

There comes a point in Avengers: Endgame when Thanos learns the error of his plan, which was to snap his fingers and kill half of all living beings to make the universe a better place. Why bother destroying only half the universe, when he can destroy the entire universe and rebuild it how he imagines without these pesky Avengers? Ultimately, the lives he gives and the lives he takes away matter less than the end result.

What's striking is that this is the exact concept upon which Marvel has built the three Avengers movies, where nothing matters and there are no consequences—not even in life or death.

Back in the late aughts, the Marvel brand was in trouble. “It seemed like something that is old. Comics were very niche. No one saw the value of it,” the original head of Marvel Studios, Avi Arad, said in a Vanity Fair oral history of Iron Man. It didn’t help that in those days, the characters for which Marvel had the rights were what one headline called "B-list heroes." As current Marvel Studios head Kevin Feig remembered of Comic-Con in 2006, “When somebody asked: ‘Is The Avengers ever possible?’ We had no real plans at that point. It was a pipe dream.”

No one expected that more than a decade later this pipe dream would become the most popular and profitable franchise in the world—one comprised of 22 interconnecting movies. It’s a spectacular accomplishment that has fundamentally transformed the foundation of the entertainment industry. Everybody wants a cinematic universe: Star Wars, DC, Jurassic World, Game of Thrones, Harry Potter, The Joker (?), Universal Monsters, etc.

The dream is to create an endless entertainment property that never dies. So, when it comes to the massive, climactic Avengers: Endgame—which, along with the upcoming Spider-Man film, concludes this phase of Marvel movies, whatever that means—it’s hard for it to feel like the actual end of anything. Because, let’s be perfectly clear, the Marvel Cinematic Universe will never end. Our great great grandchildren will enjoy mandatory screenings of Iron Man remastered for immersive VR at Disney State University. Gwyneth Paltrow’s Goop will eventually use a human fetus to create endless clones of Chris Hemsworth to ensure that he can star as Thor for all eternity (honestly not a horrible idea). 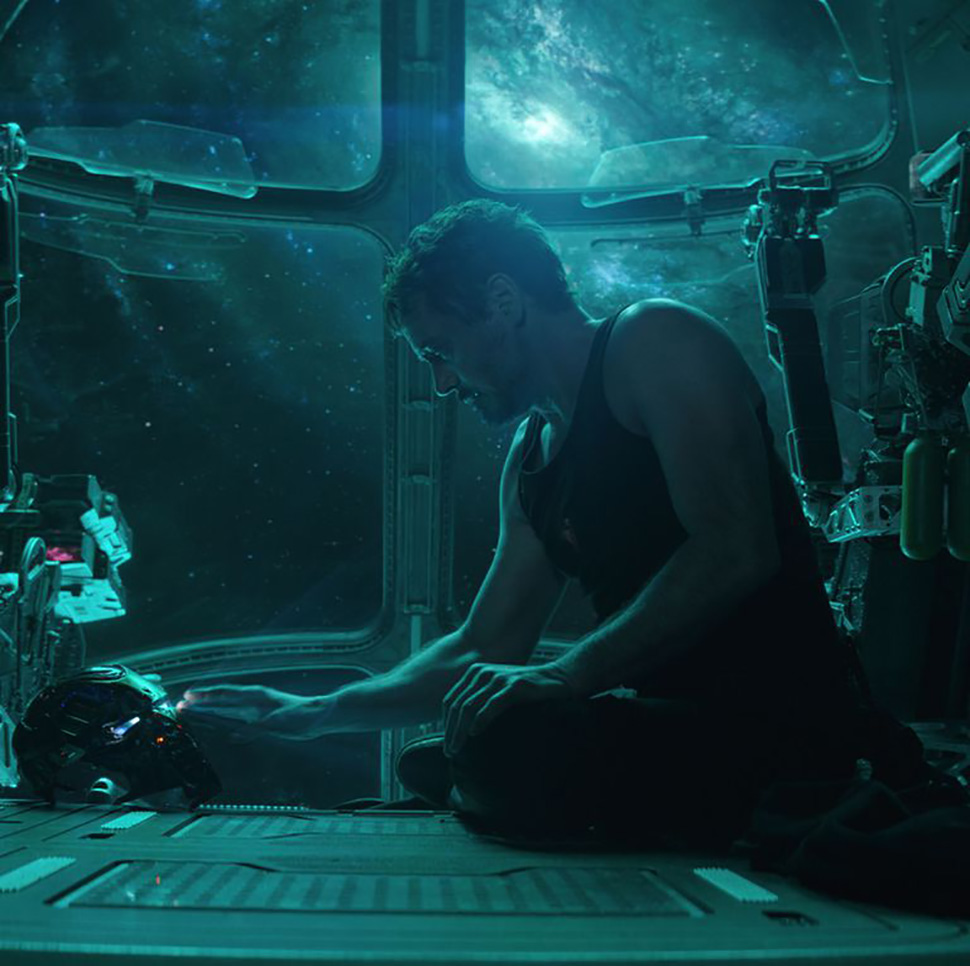 So, again, what is Avengers: Endgame the end of, exactly?

I’m going to jump right to the ending here, so consider this a spoiler warning for anyone who wasn’t expecting this to happen.

Seriously, major spoilers to come, so stop reading right now if you don't want to know. 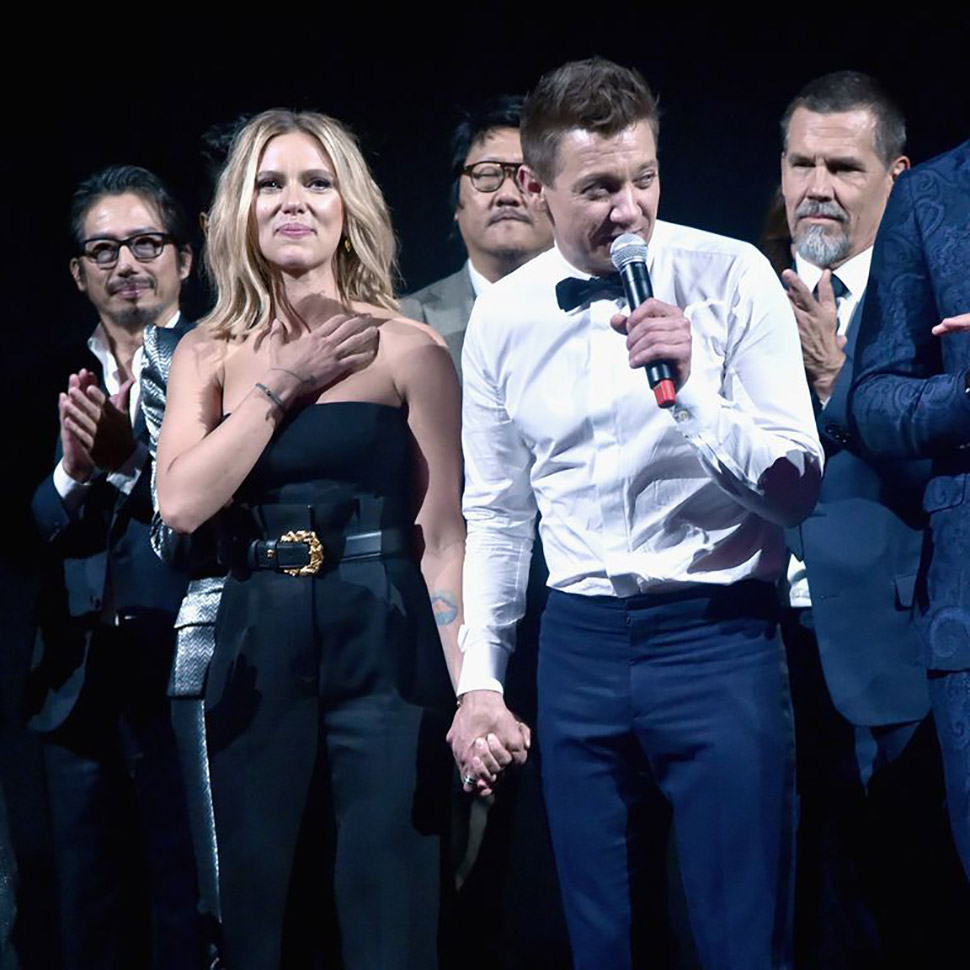 Iron Man dies. Tony Stark uses the Infinity Gauntlet to destroy Thanos and his army, saving humanity. Captain America gets …. old. He travels back in time to live out the rest of his life with Margaret Carter. Black Widow dies, sacrificing herself so Hawkeye can get the Soul Stone.

These would appear to be very clear endings for characters we’ve known for a decade. This, it seems, is the ending that we’re given in Avengers: Endgame. But it’s not really at all, is it?

Avengers: Infinity War ended with Thanos’ Snap, which killed half the universe—including a bunch of the Avengers that we know already have movies coming up. Fans were literally sobbing in the theater. They were feeling real emotions. They grieved for these characters. But midway through Avengers: Endgame this snap is reversed, as many fans (and those who knew Disney has more Black Panther and Guardians movies on the way) had guessed.

To stop Thanos, the remaining Avengers use the Quantum Realm to travel back to times where they knew they could find an Infinity Stone and grab it before Thanos can. In the end, Captain America travels back in time on his own to put the stones back (allegedly fixing the timeline in a way that I don’t really buy), but decides to stay and live his life. I’d love a simultaneous drama about Captain America’s normal life watching the universe get destroyed a few times and doing nothing about it. There’s another new movie idea, Disney.

As is the danger with introducing time travel into a movie that's not explicitly about time travel, it creates a paradox that makes it difficult for viewers to relate to the film. They endured the emotional trauma of Thanos' snap, but, narratively speaking, the resolution in Avengers: Endgame is an easy fix that essentially renders the events of Avengers: Infinity War pointless. Even Gamora, who seemed to be fully dead after being sacrificed by Thanos for the Soul Stone, was brought back in a way thanks to time travel. 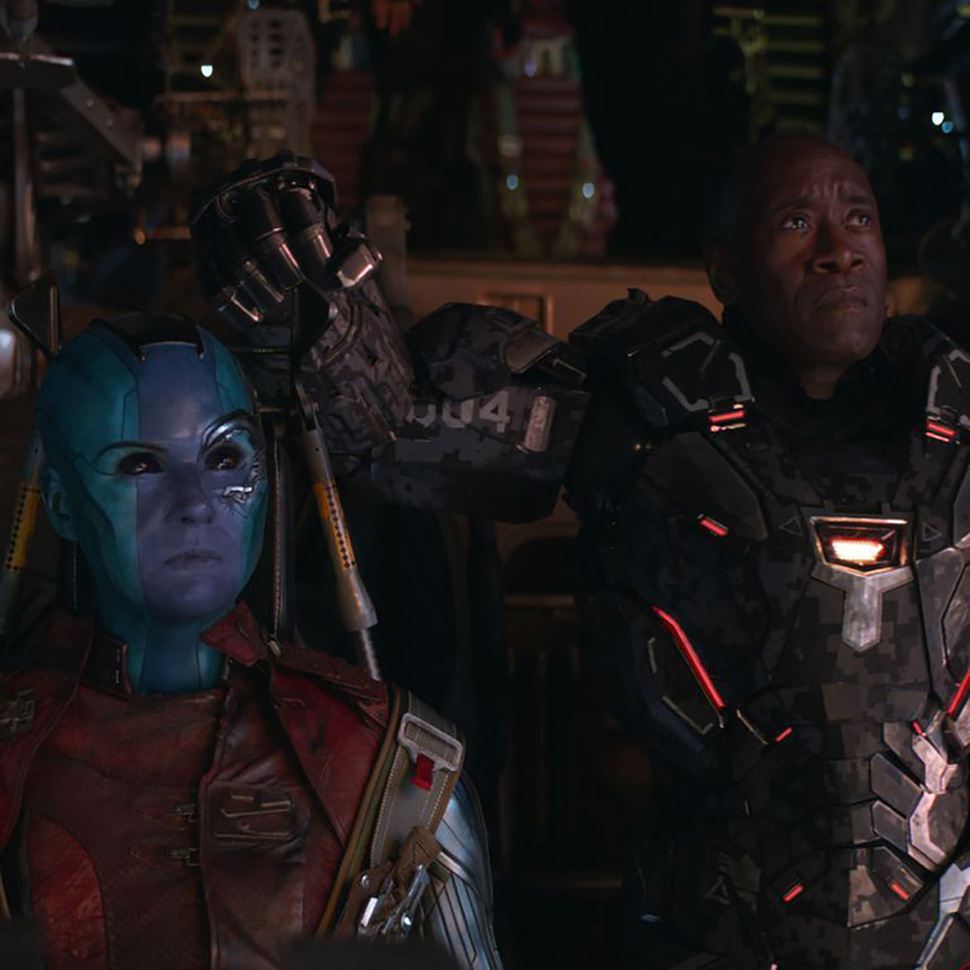 Isn’t it theoretically possible for the Avengers to, at any given point, travel back in time and save Natasha or Tony or get the other Captain America or any other infinite possibilities? Are we to truly believe that anyone is really dead at any given time?

The idea of time travel completely shatters the entire narrative of the Marvel Cinematic Universe, ensuring there can never truly be consequences for any action. The Avengers failed in Avengers: Infinity War; then they didn’t. Why does Infinity War matter? Why does anything matter? (I understand there is a precedent for time travel and the multiverse in the comic book source material, but that was predominately used as a way to explain away the very muddled universe of Marvel Comics. That makes sense as an all-encompassing fix to thousands of comics, but for a comparatively succinct collection of movies, it strays from Marvel's obsessively tight narrative structure.)

Avengers: Endgame is a fun movie, but it’s impossible not to be frustrated with how Marvel stumbled on

These are the questions I couldn’t help but ask myself throughout Avengers: Endgame. For three hours I had a sort of superhero existential crisis. Am I thinking too deeply into this? Absolutely not because the MCU demands you think too deeply into it. Fans have spent an entire year writing detailed academic papers analyzing the tactics the Avengers could use to defeat Thanos.

If there’s anything we know for sure about the Marvel Cinematic Universe it’s that there are no stakes and no one truly dies. If it’s so simple to bring back anyone who’s dead, are we truly supposed to grieve? If, in 10 years, people get bored with the new heroes, couldn’t Disney simply resurrect Robert Downey Jr.’s Tony Stark at any given time? It’s hard to feel anything at all when the light fades from Arc Reactor in his chest. Are we supposed to grieve for Scarlett Johansson's Natasha Romanoff, when she has her own solo movie coming up? Yes, this is scheduled to be a prequel, but if it does well, wouldn’t Disney be inclined to bring her back?

It doesn’t help that the movie is essentially split into two uneven halves. Part one is the Avengers grieving, coming to terms with their failure, and trying to devise a plan. This part also dedicates a shocking amount of time to Hawkeye for no other purpose than to set the grounds for the upcoming Hawkeye series starring Jeremy Renner. Does anyone care about Hawkeye? I certainly don't, and by the looks of his performance Renner doesn't either.

In the second half, with a very abrupt snap, everyone’s back and everyone is fighting Thanos with little to no warning. After the painstaking lengths the first half of the movie takes to explain the timeline and the Quantum Realm, none of these details really make any sense at all. I wish all the parents out there good luck trying to explain Quantum Mechanics and the Butterfly Effect of time travel to their six-year-old. Because this movie sure as hell doesn’t do that. 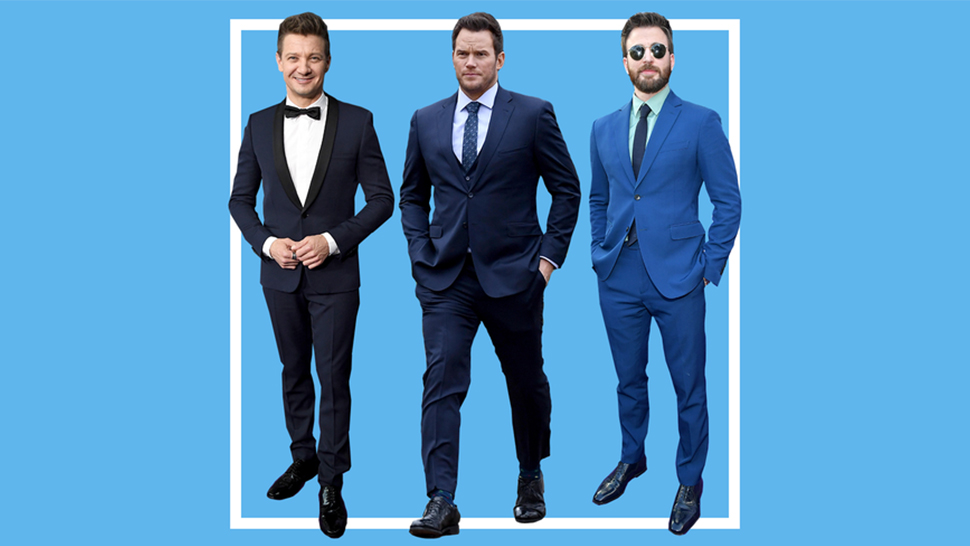 I’m in absolute awe of what Marvel has done in the last decade—going from near obscurity to the biggest thing in the world. They’ve done it in spectacular form and figured out the perfect formula to make every one of these movies totally fine. Avengers: Endgame does what all the great Marvel movies do—it's a fun and funny action movie made by people who are experts at doing just that. But it’s impossible not to be frustrated with how Marvel stumbled on the landing—failing to build any actual stakes into this universe and instead introducing concepts that break the foundation of the story they’re trying to tell. It's an insult to all the fans who—I reiterate—cried at the end of Infinity War. This is a film that makes Infinity War essentially pointless. This is a film that ends in the same battle we already saw. This is a film that concludes with the defeat of the biggest baddest villain these heroes will ever face. But then they'll fight another one who is also big and bad but maybe be bigger and badder than Thanos?

50 Important Questions We Have After Avengers: Endgame
All Photos
Comments
View As List